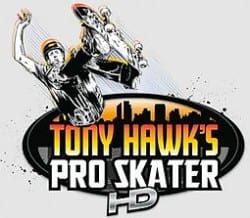 Tony Hawk is back with the release of the downloadable, high definition Tony Hawk’s Pro Skater HD. The game is packed with all the nostalgia of the first and second Pro Skater, containing a few levels from each, and remains overwhelmingly the same game you knew and loved.

It’s been over a decade since we were introduced to Tony Hawk’s Pro Skater, and time has not been kind to the older renditions of Mr. Hawk’s work. Luckily, Tony Hawk Pro Skater HD catches the game up to more modern standards, while keeping the game largely the same. So, what has changed?

My memories of THPS 1 & 2 were always pleasant until I replayed them after playing through THPS HD. When Tony Hawk Pro Skater HD is played side-by-side with its predecessors, one realizes how much the new version has been improved. The framerate has been overhauled, and the game just plays faster than the first. The graphics aren’t perfect in THPS HD, but they’ve been updated to a level that is more than acceptable for today’s gamers.

Some new tools have also made playing HD easier, and less frustrating, than playing the originals. The “quick restart,” which lets you retry a run with the click of a button is a welcome addition, and now maps are available that show the location of all “projectives,” which means you’ll spend less time wandering around looking for the magic bum.

All of the characters in THPS HD are new to reflect more current skaters (although Tony Hawk is still available), and now players have a chance to play with their avatar, which I found to be a far greater joy than any of the other additions, simply because it’s hilarious. Officer Dick and Ollie the Magic Bum reappear as unlockable characters and a new unlockable character, Roberta the Robot, is also included.

The most drastic change to the game comes with the addition of online multiplayer and additional game modes, which are very entertaining, although you shouldn’t expect to win many online matches unless you’re a crazy-talented fanatic. The additional game modes include Big Head mode, where players do tricks to reduce the size of their rapidly-inflating heads before they explode, and a few others, but the game is missing the classic THPS multiplayer mode H-O-R-S-E. Also, the lack of split-screen functionality is a major disappointment for gamers preferring the localized multiplayer offered by the original games.

The game is smaller than one might expect, with only seven levels pulled from two games. The game is well under Microsoft’s two gigabyte arcade limit, which raises the question of why more content wasn’t included in the game. I completed all “projectives” in the game with a single character in less than four hours, which hardly seems worth the $15 price tag.

The biggest annoyance for me was the game’s soundtrack, which features only fourteen songs, seven of which are directly from the original games. The songs don’t restart with each run as they did in the original, which is a huge relief, but the songs are so few that it still becomes an annoyance listening to the same songs over and over. I’d recommend anyone interested in playing this for extended periods to use the custom soundtrack option available for all 360 games.

Although the graphics are improved from the games it is based on, THPS HD is not great to look at. Low-quality textures, pixelated faces, and occasional visual glitches (like your character’s limbs gaining momentary intangibility) are old problems that today’s gamers aren’t used to seeing anymore. In addition to the soundtrack problems, the game features sound effects completely unchanged from the original Tony Hawk Pro Skater, which are very tacky and awkward by today’s standards.

Despite the changes, the game remains largely the same, which is its biggest strength and its biggest weakness. The core gameplay remains the same, but with better physics, which makes the game as entertaining and challenging as the original, but in many ways the game is too old to endure as a modern title. The simplistic level design, outdated controls, and only slightly updated graphics may not appeal to people new to the series, and fans may be surprised at how old the game feels. If fans of the original are looking for a slightly updated version of the classic game they knew and loved, THPS HD might be just the fix they’re looking for. Anyone new to the series will probably have a hard time enjoying a title that aims to please longtime fans.

Downloadable content has already been announced, which will include maps from Tony Hawk Pro Skater 3, and will update some of the controls slightly (to reflect the controls in THPS 3). The additional content will not be free, and so fans will need to pay even more to get a little more enjoyment out of a game that already feels small.