After giving us a tour of Avernus then the realms of horror in Ravenloft, the designers at Wizards of the Coast have taken us in a new direction with an exploration of a part of the Feywild in the hardback adventure the Wild Beyond the Witchlight. This book has a fantastic pair of covers: a standard one featuring Misters Witch and Light looming over their carnival; and an alternate cover with a fantastic displacer beast and fluttering butterflies all over, both of them are beautiful and many people may have a hard time choosing which one they want. The alternate cover is only available in game stores, while the standard cover is available at local game stores and online. But, beyond the covers, the Wild Beyond the Witchlight is an adventure chock full of fantastical creatures and amazing ideas that DMs and players alike will want to dive right into.

While the adventure for characters from first to eighth level is a huge chunk of the book, DMs will also find some great information about the Feywild and other useful tools that they can use outside of the adventure in their home campaigns. The opening pages of the book provide DMs with a set of tools to run this adventure, but can be used in other adventures. In the appendices, DMs can get their hands on some magic items and creatures which can also make their way into any home campaign. Many of the monsters in this book are new to fifth edition, helping to fill out the potential inhabitants of a Feywild setting. I love the addition of new fairytale appropriate creatures such as the brigganock: a magical, mouse-sized race that digs up wishes in the form of stones which they polish to use as decorations. Such creatures fit perfectly into a fairy tale or fey setting. The monsters associated with the Feywild provided in the book aren’t just creatures with the Fey subtype, there are also long-time inhabitants of the D&D multiverse that, with just a cosmetic change, have been adapted to the fairy-world. For instance, the Bullywug, a recurring monster over many editions of the game and already in the current monster manual, makes an appearance here with a new illustration of a frog-man in a suit of armor sniffing a rose. This is a significant difference from the primitive, neanderfrog found in the monster manual, and a change that transitions the bullywug from nasty swamp-dwelling brute to a comical creature you’d expect to find in an fey-enchanted garden. 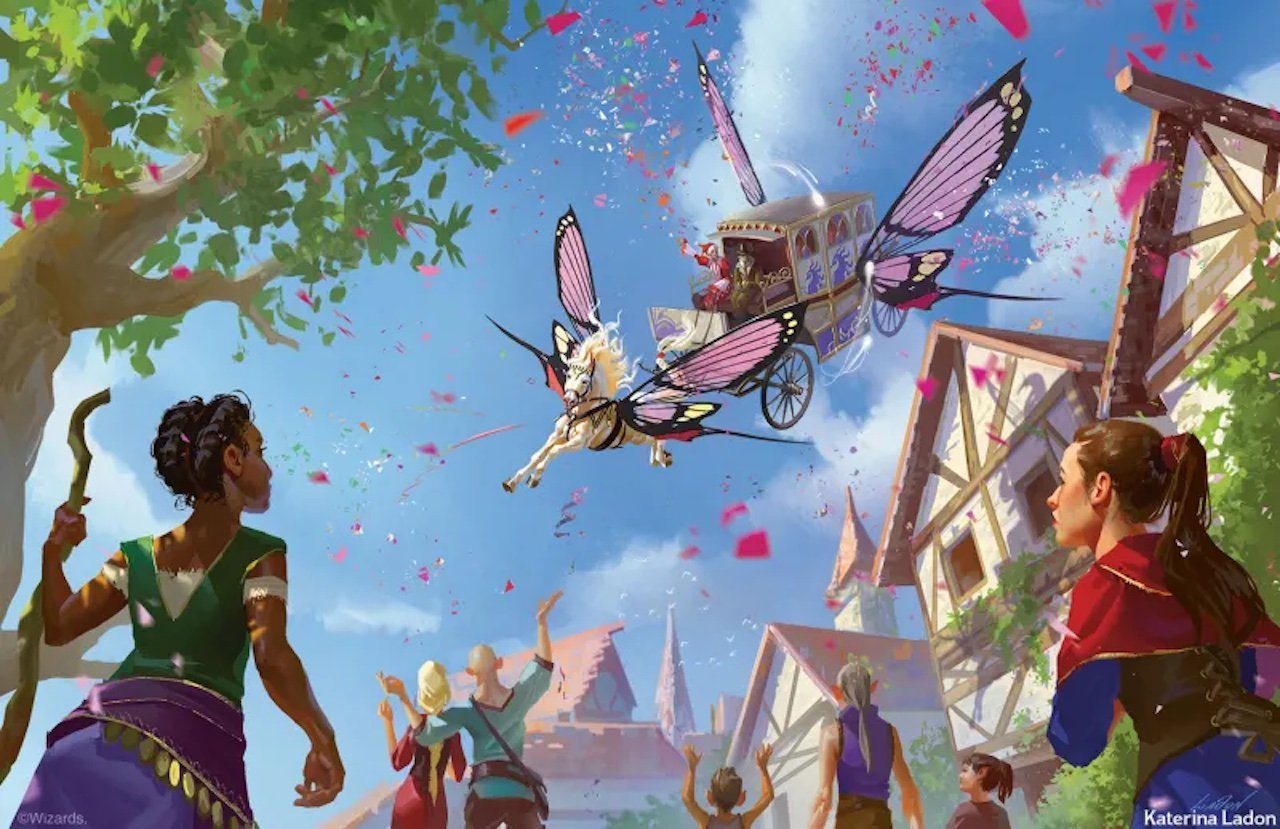 As we discussed in our video review of Witchlight, the appendix on factions includes two groups, the League of Malevolence and Valor’s Call, which pull their membership from the history of D&D through the years. Most recognizable of this group is probably Warduke, a hulking fighter who’s had several incarnations throughout the years, but first and foremost started out as part of a line of D&D action figures in the mid-1980s. Warduke captured the imaginations of many with his skull-adorned shield, strange armor and winged helm with bright glowing eyes. He, along with the other members of the League of Malevolence, are on hand for the creative DM that needs some evil-doers with iconic appearances to stir up some trouble in their home game. After they are finished wreaking havoc in the Wild Beyond the Witchlight, of course.

There’s more to the book than just DM’s goodies, adventure aside, there are also a few items of interest to the players. Primarily, players are going to want to check out the two new playable races in the book. The first, fairies, are an obvious inclusion in this adventure. For all those people out there who have been waiting for the opportunity to play a fairy, they are in this book. Interestingly, the playable fairy race is listed as small, rather than tiny. This probably makes sense from a rules balance standpoint, and without any real fairies around to measure, I expect that people who want tiny fairies will need to negotiate with their DM. Accompanying the fairies are harengons, bipedal rabbit-folk that look like they walked right out of a fairy tale. Along with harengons and fairies, players can also choose from two new backgrounds when they create their characters. Feylost and Witchlight hands are the two new options for players to use for their backgrounds. While both are playable in other campaigns and settings, the Witchlight hand does have a strong link to the Witchlight Carnival, so it might not see much play outside of this adventure. Feylost on the other hand are useful anywhere and can really give your characters a strong fey-feel, regardless of their race. 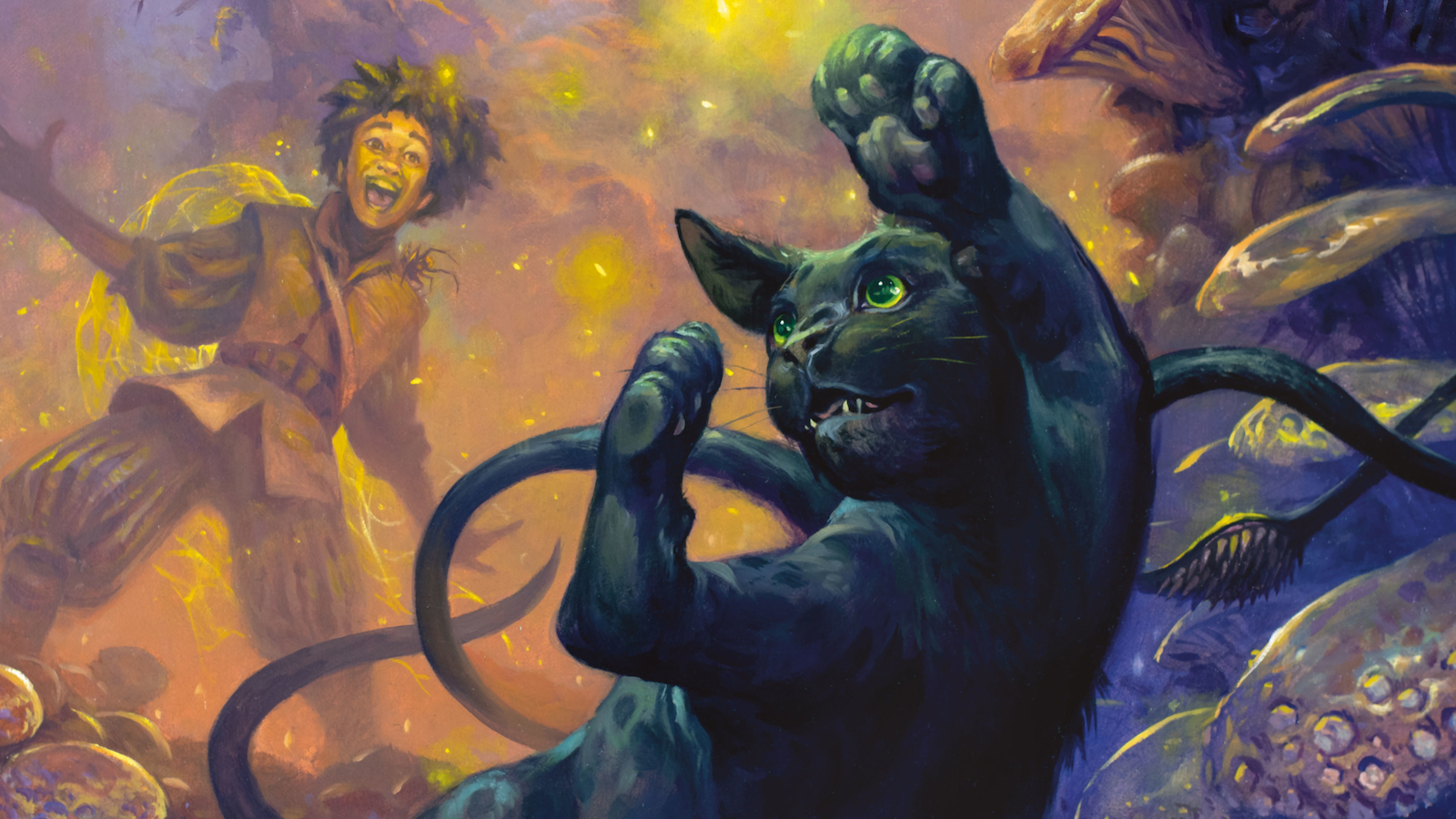 The adventure itself is outstanding. Providing DMs with a rare opportunity to oversee an adventure that can be completed with little to no violence for those parties that are so inclined, this plane-hopping quest will take adventures through a carnival and into the wild beyond it – literally. The DM’s options to get the ball rolling in this adventure are well thought out and provide flexibility for the DM in how they want to introduce the adventure to the PCs. The adventure is crafted well enough that whichever initial seeds lead the players into the adventure, they will see their reasons pop up later in the game. Without spoiling the adventure, suffice it to say that it’s well written, appears to be well paced, and has tons of interesting characters and locations.

This book is full of amazing art and fantastic concepts. Just reading pages at random is enough to give DMs ideas for anything from side quests to full-blown campaigns and tons of other ideas for graces and flourishes to various parts of their world. The carnival that sets the stage for the adventure is well thought out, with a wonderful time-keeping system and variable events based on the time of day. It comes with a useful double-sided foldout map of the carnival and another location and a bunch of maps of other locations key to the adventure. 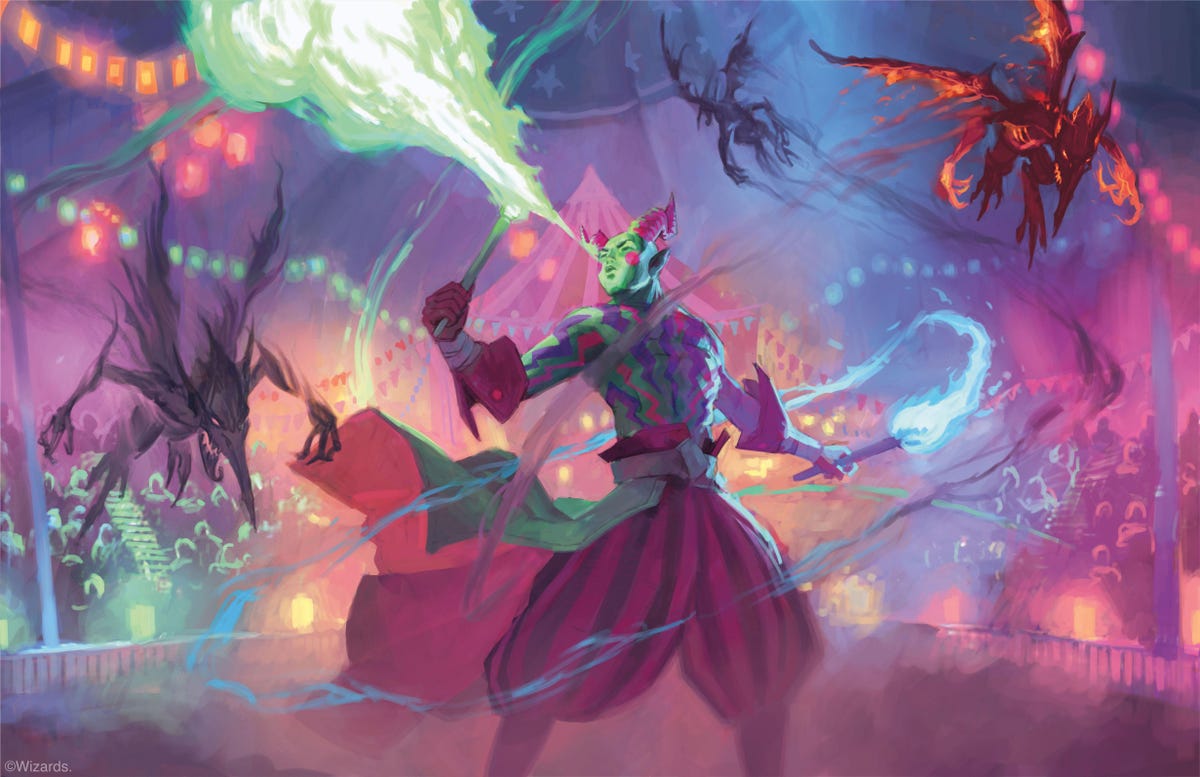 Check out the episode of Zero Session with Mike & Steven above for more in-depth conversation about The Wild Beyond the Witchlight!

The Wild Beyond The Witchlight

Overall, the Wild Beyond the Witchlight is an outstanding book. The adventure, with its heavy lean into non-combat solutions and plenty of interesting characters gives groups a lot of crunchy bits for role playing. The added game content is perfect for this adventure but also useful in other games and settings. The artwork is fantastic and inspiring. Players and DMs alike will find plenty of useful material in between the beautiful covers of this book.