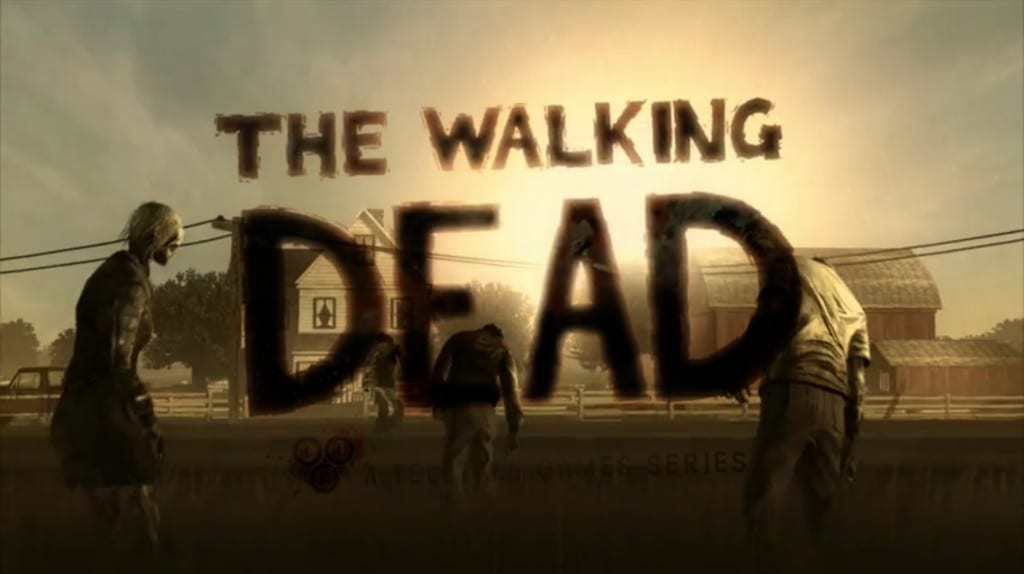 Time seems to be the universal standard to how good a game actually is. Will you be telling your friends about your adventures and still grinding away in the next few years? The Walking Dead Video Game defies that standard and yet delivers something so amazing and unique it is undeniable how insanely good this game is. Originally released in five different episodes over the course of the year, The Walking Dead: Season One contains all of these individual releases in one full length package, making it a fantastic game that anyone who enjoys a great story should own.

The Walking Dead seems to be fully driven by its story, which is why is it so amazing that this may easily be one of the best gaming experiences I have played in 2012. You will not find gorgeous graphics, sound, music score, or action oriented gameplay anywhere in this game. You will find that this whole game is based around on thing; the story. Each episode within the game leads you further into a dark, bleak look at the end of the world. The choices you make and how that impacts the characters around us leave a sense of importance although it does not change the outcome of the game. No matter what decisions you make the end will be the same which may seem like the options do not matter, but in a way that is for the best. You have to decide morally and what characters to befriend or betray. Your choices feel like they matter and if you truly indulge yourself in this story, you’ll find yourself deeply caring for the people in your group. This makes it hard when you make a decision you feel is best but your group members do not. Each episode slowly draws you into this dark and seemingly hopeless world, navigating you against hordes of the undead, bandits, and people who join your group. Every person has the potential to be a threat and as the game progresses you quickly learn to either trust your group or become paranoid towards each and every one of them.

well to the overall game. Basically this game is a point and click adventure, something the average gamer of today would not have too much experience with. You do not aim down your sights and click to shoot; instead you follow a quick time event and mash the buttons it says or click on certain areas. Although that may be a turn-off to many gamers the story is what matters here and this type of game lends itself perfectly for storytelling. It may not have much of any compelling or innovative gameplay elements but as I said before; that’s not what matters here.

As stated earlier in this review the graphics and sound elements are nothing groundbreaking but that doesn’t mean they are bad. The graphics themselves seem very basic and bland from the beginning. The game has a comic/cell shaded look which compliments The Walking Dead comic book series very nicely. Sure nothing stuck out at me as being gorgeous but it plays smoothly for the most part (with the exception of occasional texture popping) and it achieves a certain look that pulls itself away from other zombie games. The sound also has a bit of a lackluster quality but is not bad either. The voice acting ranges from “ok” to absolutely outstanding. Clementine (a little girl you are looking after) has one of the most believable and heartfelt voice acting I have ever heard. Due to this she is also one of the most memorable characters in any game I have played recently. The games music score is well done but nothing epic or unforgettable.

The overall drive of this game is its story line and way of telling a dark tale. From the beginning you are left with choices that seem to have an impact on not just the game but the player. Whether you play honest, or are just doing whatever you have to to survive, you quickly get a sense of who you are in the world. The characters carry so much weight to them you feel emotions towards every one of them and make decisions on how your version of the character would react. Each episode reveals new secrets, passions, and hopes of the fellow survivors around you and you truly feel something towards each one. Characters I felt would be best for the group as a whole I tended to side with, even if that meant going against what I felt was right or moral. I wanted myself and the little girl I was protecting to survive at any cost, until I had to explain why I killed someone later on in the game. I never thought explaining why I killed another human to a young and innocent young girl actually pulled at my heart even after the game was off and I was doing other things. The story is full of twists and turns that any Walking Dead fan would expect, but you personally felt extremely involved throughout the whole game. Following a different set of characters never before seen, rather than the known survivors in the comics or TV show was an extremely smart move. They could tell a story without any other storylines conflicting.

Just like your favorite book or movie this game also lends itself perfectly for a second or third play through. This game is perfect in terms of replay ability for a few reasons. First it was done in episodes which make it easier to play through your favorite parts of the story without having to start completely over. Also the decisions and connections we make with the characters are worth exploring even more and seeing what happens if we make different choices or play differently than we did the first time. And last it is a story worth reliving. There will be different emotions and things you may have missed the first time around that will captivate you again. The story is so well done that it is the journey that truly does matter, not the destination.

Overall this game was a unique experience that is not your everyday type of game, but is worth playing and I would suggest this game to almost anyone. It is a game that simply tells a beautiful and tragic story. It sucks you in emotionally and does not let go. Every episode holds nothing back and playing them altogether is one of the most unforgettable stories I have ever heard. Go in with an open mind on what kind of game this is, and you will leave with a whole new outlook on gaming and storytelling. I honestly feel this game was one of the greatest accomplishments of this gaming generation.