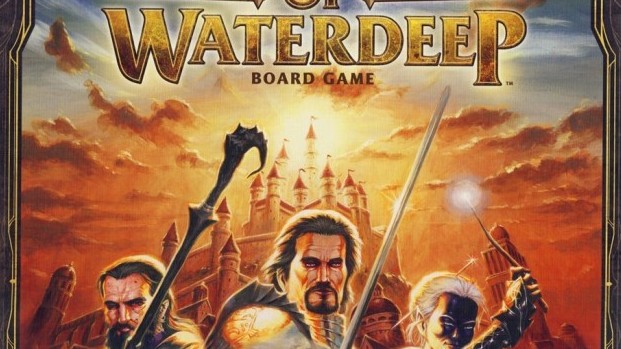 Worker placement games are very hit and miss for me. Sometimes they grab my attention, but others I have a problem getting into. For instance, many gamers love Agricola and consider it to be one the best worker placement games available. For me, each game feels too similar to loft it to such high pedestals. A worker placement game that I really enjoy came from a surprising source, Wizards of the Coast. When Lords of Waterdeep came out it was a hit. Now Playdek has released an iOS version, making it easy to play at any time against an AI or other people.

The goal of Lords of Waterdeep is to get the most victory points by the end of the game. The best way to do this is to complete quests. To complete quests you’ll need to hire Clerics, Fighters, Rogues, and Wizards from the various buildings within Waterdeep. You do this by sending agents to the various locations within Waterdeep. You start each game with two Quest cards, but can gain others by also assigning an agent to the Cliffwatch Inn where other Quest cards are located. Some Quest cards are more difficult to complete than others. The more adventurers needed, the greater the rewards. This includes victory points, gold, adventurers, and ongoing bonuses. Quests also have a type, and the Lord you represent also may get bonus points for finishing specific quest types.

You also want to help out the local economy, so you can build buildings that provide other benefits. Some buildings allow you to recruit adventurers, sometimes for a price, where others give gold or victory points. You gain an advantage when owning a building too. If an agent from a different player is placed on your building, you gain an extra bonus.

Waterdeep would be incredibly boring if it didn’t have a little intrigue, and it comes through in Intrigue cards. They can be used to gain resources from the supply, force others to lose resources, or hinder the progress of other Lords by forcing them to complete the quest on the Intrigue card before completing any other quests. Some may even allow other players to give you a specific resource that allows them to gain victory points. Just be careful, you know what they say about payback.

If all of this sounds a bit daunting, don’t worry. While Lords of Waterdeep is a relatively easy game to play, a tutorial system is available that takes you through each step of the game. While you don’t need to go through it if you are already familiar with the game, newcomers should find this helpful.

While it sounds like the theme is prevalent throughout the game, you are mostly concerned with gaining the correct colored cubes. You really don’t care about which color represents which adventurer. The artwork looks great, but can mostly be ignored. However, playing the game on the iOS brought out the theme more because it shows small shadows inside the cube icons in your tavern that represent what that color represents. It may sound like a small change, but it does make a difference.

What is most impressive about Lords of Waterdeep is how well it scales. It supports two to five players, and the more there are in the game, the less agents you are given. It means that the more players you have, the less you’ll be able to do, and the decisions you make will be more difficult. With two or three players, you have more freedom with your agents, but when four or five are competing, every move needs to be calculated.

All of the graphics are reproduced with accuracy. The board itself looks like the city of Waterdeep, and the card illustrations look incredible. You can also zoom in and out of the board to look at the details easier, as well as where the agents have been placed. If you want to get a closer look at them, all you need to do is tap the card twice.

Playing the game feels natural. To play an agent, you place your finger on the agent pool and move it to the agent space on the board. Whatever resources you gain are automatically placed in your tavern (essentially your personal resource pool) at the bottom of the screen. When you are given a choice for your resources, you drag from one pool to an indicator and select the “OK” arrow when finished. When completing a quest, you move the card from your tavern to the game screen. The resources required and rewarded are automatically taken care of.

Three different AI levels are available, and you can assign these for each player playing in the game. That means you can have two easy, a medium, and a hard AI to go up against. This is much better than assigning a single AI level for the game. The AI players are no slouches either. The higher the AI levels, the more aggressive they are with the Intrigue cards and blocking to get resources Go up against enough Easy AI players and you might find yourself having a difficult time winning the game. Quite frankly, the Easy AI could be toned down a bit to give newcomers a chance at winning.

If you would rather go up against human counterparts, then you can play online or offline. If you are sitting with your buddy, then you can pass and play by assigning human players to the different colors. When each player starts their turn, they will see what the other players did during their turn. If you aren’t near your friends, then you’ll need to create a Playdek account so that you can play online. It also means that your friends will need to create a Playdek account as well to play. It’s a little annoying that you can’t just use the GameCenter, but setting up an account just requires an email address. You can also set a timer for how long each player can take for their turn to help the game move along.

Board games have traditionally fared better on the iPad when translated to the iOS. However, I found the iPhone version easily playable as well. Even on my iPhone 4S, I didn’t find the smaller size screen as limiting as I thought it would be. Zooming in and out is necessary on both versions, but you’ll use it more on the iPhone. It didn’t detract from the experience enough to make it less enjoyable. I’m glad because I carry my iPhone around much more and can play a few rounds in a couple of minutes.

I really enjoy Lords of Waterdeep, and the iOS app is a faithful recreation of the game. This should be an automatic purchase for anyone who enjoys the board game or worker placement games in general. If you are curious about worker placement games, it is a great introduction to the genre. I just hope that we’ll be getting the Scoundrels of Skullport expansion sooner rather than later. I highly recommend Lords of Waterdeep on the iOS and in physical form.