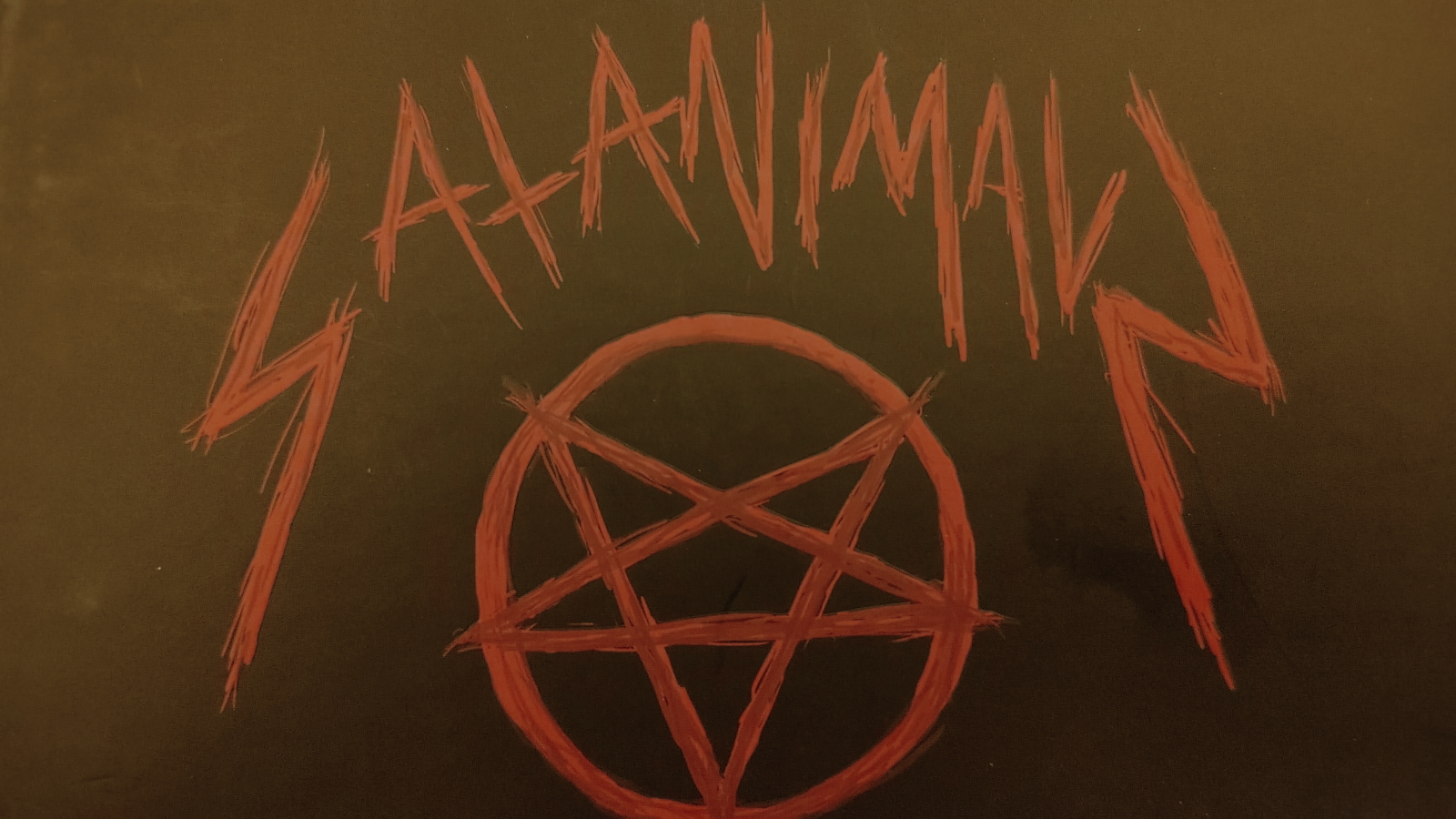 Have you ever considered a petting zoo, but demonic? This is the question that Satanimals asks. Satanimals is a light-hearted card game for 2-4 players by Marlon Fussell and published by Megamint Games.

Each animal placed on a stack is worth more than the one previous, and you can only play each type of animal one time per game. Therefore, you really want to stack up at least one large set of the same animal. This is aided by each player having one animal that they get additional points for, resulting in each player focusing on one animal specifically, sometimes exclusively. 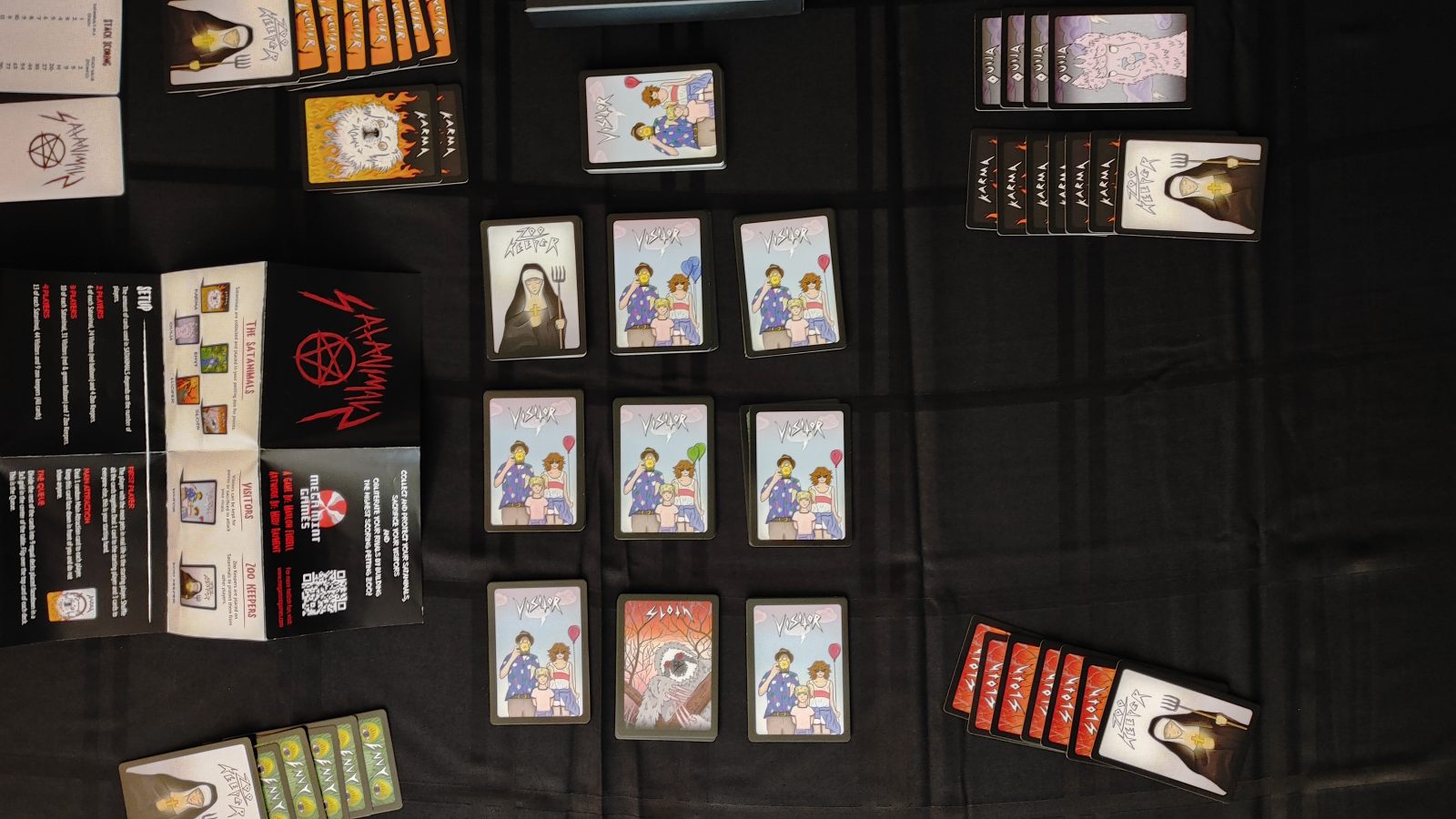 The results of these extremely simple rules results in a game that feels like Go-Fish with some light strategy. Instead of simple guessing, you can pay attention to what other players pick up and steal based on their draws. There are also interesting choices in scoring, since visitors are worth one point if left in your hand, but you can easily take 5-10 points from someone by taking a card from them or destroying a placed down card.

The problem that I have with this mechanically is the limited action economy. You cannot sacrifice visitors more than once per turn, meaning you can only steal OR destroy. You can also only place down one stack per turn, so if you misjudge when the game will end, you will miss out on lots of points. What’s more, the queue is very difficult to judge when it actually will run out. Finally, I don’t feel like this game has enough take-that mechanics to really justify it as a party game. 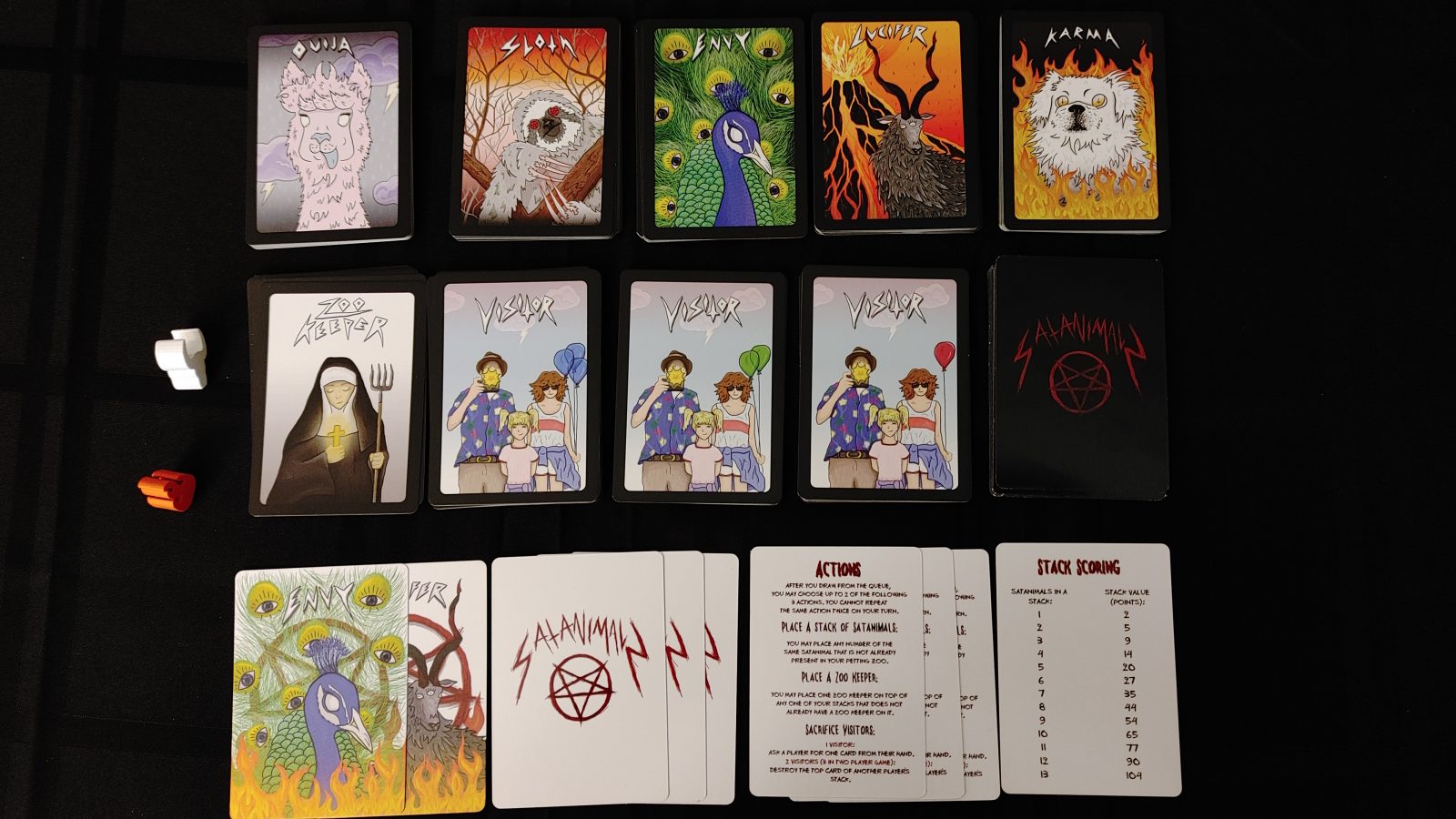 The other problem I have with the game is the baffling choice of theme. These mechanics are adequate for a family game, but using a Satanic theme means that I can’t bust this out at family gatherings, and I’d get some weird looks playing it with children. This game could have been themed for almost anything. Additionally, the “demonic” animals you’re working with don’t really seem… demonic? As a fan of demonology, they don’t really nail the theme either. None of these creatures are actually demonic, and the names are a grab-bag of the seven deadly sins (Envy, Sloth), religious concepts (Karma, Ouija) and Lucifer.

Worse, even the components are sub-par. The cards feel cheap, are showing wear and tear after only a handful of games played, and there are only 7 unique pieces of art across the entire game, and that art is unappealing.

Go fish with extra steps, though with lackluster components and a baffling choice of theme.