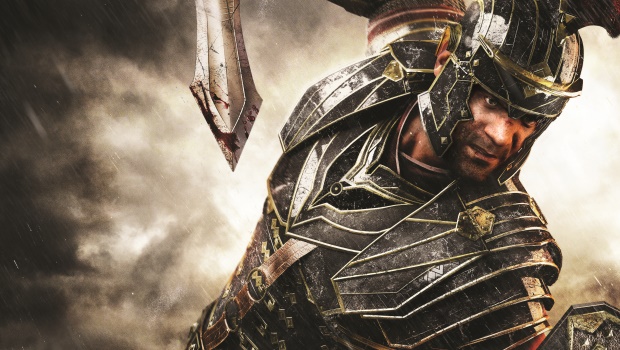 Ryse: Son of Rome was originally announced in 2010 as Codename: Kingdoms, and was slated to be a Kinect game for the Xbox 360. As the game developed, Microsoft likely realized that the Crytek-built title would fill the cinematic gameplay in their upcoming Xbox One launch lineup. While the Kinect content has been vastly reduced, could Ryse: Son of Rome deliver the gladiator combat title we’ve been waiting for?

Having written this review for a third time, from scratch, I can honestly say that Ryse: Son of Rome has earned its post as being both loved and hated – for every positive point there is a negative. I played one level at E3 this year at the insistence of our own Sean Lama, and I stand by what I said then. I agreed with his enthusiasm: there is a fantastic combat system and the game looks phenomenal. In reviewing this title, I can finally answer the question “Do those elements mean it’s a great game?”

[singlepic id=17668 w=620 h=350 float=center]Sadly the answer is no, though “good” may be a fair rating.
The power of a new console, a deeply tech-driven development studio and the fourth iteration of CryEngine stand behind what is currently one of the best looking games to date. Plot-wise, Ryse: Son of Rome intertwines itself as a historical fiction during the era of Nero’s rule over Rome. While one or two characters seem a little off, and the plot doesn’t stray far from typical stories of vengeance: the majority of it is convincing. Some of the villains I wanted to punch in the face – which means Crytek did their job well in bringing these characters to life.

When we break down the combat it comes off as pretty simple: you have two types of melee attacks and two different ways to defend. With both the lethal sword-swing (X) or non-lethal shield-bash (Y), you can either tap them for a quick hit or hold down your attack button and take a heavier swing at the cost of leaving yourself vulnerable. Enemies are not polite enough to wait their turn, so I found myself using the heavy swing sparingly, though it is sometimes necessary to break past their defense.

[singlepic id=17671 w=620 h=350 float=center]The defend button, also known as the “I don’t feel like dying” or (A) button, is the single most used button in the game. You will ride it, or you will die. Sure, (X) can roll you out of harm’s way, but the mid-combat interruptions from other enemies is par for the course. While realistic, it can become tiresome, exacerbated by very limited enemy variety and lackluster design. Timing your block to just before impact will send the attacker reeling, so it’s not all bad.

You can throw spears at enemies as they run towards you. This is a fantastic use for the pilum – historically their soft metal shanks and hardened tips were effective in rendering shields useless as they would become lodged and made them unwieldy to use. I found that in combat it was often too slow to even execute the quick-throw (by tapping both triggers) so it was only useful moments before the melee broke out. You also get to issue your troops to either protect with shields or toss their spears, but the handful of times you command troops are fleeting moments on a rollercoaster of repetition. The number of hallway segments where you’re either looking for some collectable item or following the invisible fences to the next conflict becomes a tedious and a frequent reminder of the arbitrary and sometimes questionable path that Marius must follow.

[singlepic id=17669 w=620 h=350 float=center]If the deep combat doesn’t grab you, expect boredom.
Wait, did I just say deep? I can assure you, there is a deceptively complex fighting engine in Ryse: Son of Rome. Included is a variant of bullet-time known as focus along with four different attack modes (health regen, focus gain, extra damage and extra experience) that each reward you as you string along longer combos.  Each style offers their own respective cinematic executions, and the robust scoring system rewards perfect timing. By training yourself to time attacks you can excel in Ryse: Son of Rome, and will make the hard and very hard levels far more accessible.

There is also the matter of multiplayer, which for the purpose of the review I will only cover briefly. One of the reasons I do so is that it’s dependency is solely on having an Xbox Live Gold account given there is no local multiplayer, which means that if one were to only own this game the subscription cost factors against the value of the game. Further costs are also included in Crytek’s romp through Rome – in fact, some of the DLC comes across as downright greedy.

[singlepic id=17667 w=620 h=350 float=center]Before I get ahead of myself, the multiplayer experience is worthwhile if you do have an XBL Gold account and own Ryse: Son of Rome. The concept of having a gladiatorial arena with shifting tiles is executed far better than it sounds, and I was seriously considering the season pass for DLC. Your gladiator can be modified with equipment that add buffs to your stats, allowing you to excel in both combat and crowd-pleasing moves. I should note that in my very first match I ran into a show-stopping bug – one of the enemies I was required to kill simply existed and could be moved around but not harmed – both I and my partner had to end the match. It only came up once mind you, and up until that point the combat was both solid and the objectives kept pace very well.

Insert 25 cents to continue …
You don’t have to earn experience points to level up your version of Marius Titus or your multiplayer arena gladiator – no, you can simply buy it ala free-to-play models. The use of micro-transactions to shortcut building up a character cheapens the experience of the game, though a single run-through will provide you with more than enough experience for this to be a non-factor. What’s more, as a full-price title with a Season pass already in the marketplace, it adds to the overall cost and it doesn’t feel like there is enough “in the box” to justify having to cough up money for things like character skins, game modes, and extra equipment.

[singlepic id=17673 w=620 h=350 float=center]Crytek has provided no in-game way of seeing what collectables you have, and where to find the other ones you may have missed. Smartglass has that, you say? Well, only the Windows 8.x and tablet versions (iOS, Android, Win8) do, so placing a dependency on that is near-sighted and unfair to gamers. I’m all for integration of new technology, but omitting a tracking system and pushing that exclusively off to an arbitrary subset of Smartglass platforms is foolish. You might be able to assume most Xbox One owners have at least reasonable access to a smartphone – but to assume Windows 8 access or a tablet casts a much smaller net. Simply put: these features need to be accessible in-game.

Ryse: Son of Rome is the game you’ll pull out to show off the next-gen graphics. Fantastic facial expressions and phenomenal detail are hallmarks of the new CryEngine, but the game isn’t all pretty. Deep combat mechanics and timed combos are easily overlooked in what could have been one of the best action games out there. It comes off as boring and repetitive - and since the long game is combat in the co-op arena, you’re not going to find much more single-player value once you’ve completed the 6-8 hour story. What’s more, it seems the game is bound and determined to try to get more money out of your wallet, even after the full price of admission.