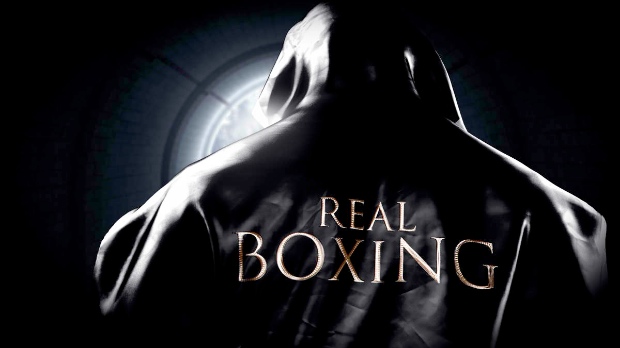 Real Boxing, while fun, is a game that ultimately suffers an identity crisis. Light RPG elements are mixed with a relatively shallow combat mechanic and task you to master timing, patience, and a gauntlet of large, sweaty, angry men. Its budget price is reflected in its presentation with great-looking character models (for the most part), but weak backgrounds and sloppy textures. The experience mechanic is essentially broken, forcing you to level-grind constantly after the first tournament just to remain even a slight contender in the following two. The RPG element is useless as you can level your character up to 100 (and are encouraged to if you’re chasing trophies), and the equipment you can buy is only a cosmetic change, offering no real incentive to explore unless you’re incredibly picky about which types of gloves you use. At no point will you be surprised that it’s an iOS/Android game ported to the Vita.

That being said, there is some fun to be had with the game if you don’t mind letting some OCD tendencies run wild. To a point.

[singlepic id=16422 w=320 h=240 float=left]First things first: the fighting mechanics. Players essentially have six options – jab, uppercut, hook – and can deal them high or low. You can choose which hand delivers the punch but it doesn’t matter. I trudged through all three of the tournaments using only right-handed attacks and I was neither rewarded nor punished for it. You can fight either with the face buttons/d-pad, the touch screen, or the right analog stick, but no single layout really gives you the advantage. If you choose physical inputs, you’ll predominantly be using right-handed attacks, as the left hand is mapped to the d-pad and is uncomfortable to use as you’ll constantly be re-positioning yourself with the left analog stick. You could use the right analog stick to fight, but all six attacks are mapped to different directions and imprecisely using one will take away power from your attack. The touch screen controls are swipes and taps relegated to different hemispheres of the screen, but the constant need for movement forces your left hand to bear all the weight of the system and can again become uncomfortable after consecutive matches. The left shoulder button is used as a modifier to attack your opponents body instead of their face, and the right shoulder button is used to dodge and counter an opponents strike, dealing massive amounts of damage if pulled off properly.

The RPG mechanic is pretty superfluous. Each win in a previously un-won match grants you two upgrade points you can apply to either strength, stamina, or speed stats for your character. Randomized challenges are prompted before each bout and can grant you an extra upgrade, but occasionally these are antithetical to how you think you should play the game. Sometimes you’ll be asked to knock out your opponent in the first round, while others will ask you to get knocked down twice to come back and win by knock-out. After winning each match you’ll also be given a cash reward that you could use to unlock different colored boots, gloves, or shorts, or – most likely – invest in your character’s traits. At no point are you given a chance to specialize right hooks or left-handed jabs, which would’ve added more strategy to the game.

After customizing your character’s nationality, ethnicity, and facial features, you’re thrown into a basic tutorial. You can then choose a quick fight (which won’t gain you any experience), online multiplayer (which won’t count towards your character’s fight record), and a gym where you can unlock perks to help your character. Perks are unlocked through mini-games but don’t ultimately have an effect on your character, as you don’t go into a fight needing much of a strategy. They can either reduce stamina to throw a certain type of punch, or make in-match mini games easier, but are never so valuable that they’re worth pursuing.

[singlepic id=16424 w=320 h=240 float=right]Out of 81 matches, I won 79 by knock-out, one by decision, and I lost one by knock-out. The first tournament in your career is insanely easy, even for your moderately skilled fighter. The second tournament is almost prohibitively hard, forcing you to go back to the first tournament and grind for more upgrade points to give your fighter more of a chance. Unfortunately, since you’ve already completed the tournament, you can only win up to one upgrade point per bout, and even then it’s kind of a crap-shoot, depending on the challenge. A challenge that requires a KO in the second round forces you to muddle around for the first two minutes of the match and kill time. Others, like the aforementioned ‘get knocked down twice’ one aren’t worth the wait. Thankfully, backing out of a match and starting it again, hoping for a more convenient challenge, didn’t affect your record. It’s not like there’s even an expression about that very same thing (throwing in the towel).

The weirdest part: had that device been explored more, it could’ve been super interesting. If there were a wager system that provided incentive to risk yourself in the fight by going down twice for a potentially huge reward, I would’ve been more invested in it. And that would’ve felt more “real” as gangster movies have taught me that boxers throw matches all the time.

The multiplayer runs smoothly, but it’s hard to find random opponents. My Vita went into sleep mode all 5 times while waiting for someone to play. There’s also no class system, so my 69/71/70 fighter went up against someone whom I presume was 100/100/100 as he knocked me out before I even took half an inch off his health bar.

You’ll be required to grind again for the third tournament, but even with maxed out stats you’re still going to be challenged. This is where the game got the most demanding and where I had the most fun. Each bout was a war of attrition, actually testing my abilities to manipulate the game mechanics. Well-timed counters would refill my stamina bar and allow me to inflict more damage on my opponent. With their heightened stats, though, they’d occasionally be able to counter my counters, and double that damage on me unless I was quick enough to react. Often times, I was not, and I would need to bide my time and wait for the next opportune moment to strike. These tense moments gave me sweaty palms and actually challenged me.

[singlepic id=16423 w=320 h=240 float=left]The third tournament plays like endgame content of an MMO, where only the players with the highest stats have a chance of surviving – and even then, it’s not guaranteed. It is, however, frustrating when you spend rounds wearing down your opponent’s health and have them enter a mini-game called “the clinch” where they embrace you for a chance to catch their breath, regaining stamina and a generous portion of health. You’re asked to use the Vita’s gyroscope to balance a meter in the center and it seemed to favor the computer more times than not, giving them an obvious edge. I’ve struggled before with balance mechanics like this in games, so I’m willing to chalk it up to user error rather than a broken facet.

It’s casual in that it’s a fighting game that doesn’t require the memorization of combos. Good-looking character models only had stilted animations occasionally when countering and were realistic-looking for the most part. Each well-timed punch carried a heavy sound that was satisfying to hear, and reaffirmed you were doing something correctly. During the grinding portion of the game, Real Boxing lends itself well to portable play. It’s something you can do mindlessly on the couch while watching TV or something intense you can do should you opt for the final tournament. In this regard, the game is well-balanced even if the difficulty spike itself isn’t. In attempting to add more to the formula of Punch-Out, Real Boxing loses that game’s perennial charm and warrants consideration only when heavily discounted (to parity with its smartphone version) unless you’re desperate for a new way to punch people on Vita.

It should also be worth noting that while the game is called ‘Real Boxing,’ it features no real boxer’s likeness. Temper expectations accordingly.