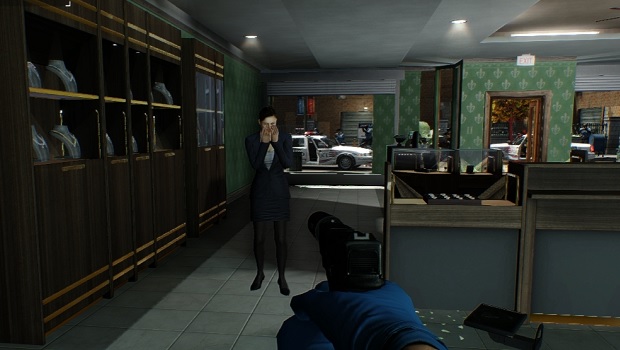 I move through the crowded jewelery store like a ghost. By the time anyone suspects anything, it’s already too late. Pulling out my gun, I order the innocent shoppers to the ground. One attempts to call the police, but an ECM jammer keeps the signal from going through. Not wanting to risk another would-be hero, two of my teammates move through the storefront and restrain the frightened civilians with cable ties. Meanwhile, a third partner has infiltrated through a back entrance, subduing the security guard in the process. Everything is going according to plan. Smashing the glass cases, we pocket what we can and stuff the rest into duffel bags. A passerby spots us loading the loot into a van and dials 911, but by the time the cops arrive we’re already long gone. It was a close call, but such is the life of a career criminal in Payday 2.

[singlepic id=15193 w=320 h=240 float=left]Of course, it’s not all jewel heists and bank robberies; sometimes it’s drug deals and break-ins. With 30 missions available, Payday 2 outshines its predecessor in both breadth and depth. There’s a varied assortment of scenarios to play through, with some taking place over multiple days. For example, one mission has you defending a meth lab from a police assault while cooking up some product of your own. The next day, you’ll need to meet up with some gang members in an apartment complex to exchange the drugs for some intelligence on your enemies. Armed with this new knowledge, you ambush a bus transporting your enemies (and a dozen suitcases stuffed with cash) and if everything goes right, you make off like a bandit on the third and final day.

Make a mistake though, and you’ll change the way the mission plays out. If you lack Walter White’s chemistry know-how and blow up the meth lab on the first day, then you won’t have anything to trade for the intel; you’ll have to fight off the angry gang members and locate the information yourself before they destroy it. Further adding to the challenge, levels are partially randomized with each playthrough; security camera coverage, NPC placement, objective locations, and even entire building layouts can change. This added variation ensures that pulling off a successful heist is a matter of skill and strategy instead of simple memorization.

[singlepic id=15197 w=320 h=240 float=right]The payouts from those successful heists can be a bit disappointing though. While you might make millions from a particularly high-paying heist, the vast majority of it is automatically transferred to an overseas account, leaving only a relative pittance for you to spend. This might not be so bad except for the sometimes exceptional cost of in-game items. Later in the game, guns will easily run you several hundred thousand dollars. If you want a modification like a suppressor for those stealthy robberies or an extended magazine to mow down heavily armored SWAT agents, you’ll have to cough up even more cash. Prices for weapons and other upgrades seem out of line with your final take from most missions, even with the bonus payouts for completion on Hard, Very Hard, and Overkill difficulties.

In addition to a sufficient bank balance, adding modifications to your weapons will also require a great deal of luck. Before you can access a new weapon attachment, you’ll need to unlock it. This is accomplished mainly by crossing your fingers and hoping for the best after picking a card in the mini-game following each mission; depending on your choice, you’ll be randomly rewarded with a cash bonus, a mask customization, or one of the many available weapon mods (but often not the one you wanted). I feel like there must have been a better way to implement weapon customizations, especially since each “unlock” is one-time use. Want to add a suppressor to your secondary weapon? You’ll have to pay a fee to remove it from your primary weapon, followed by another to attach it to your secondary.

[singlepic id=15196 w=320 h=240 float=left]Luckily, adding gadgets to your gun isn’t the only way Payday 2 lets you change your character to suit your play style. Completing a heist rewards you with experience, and with each level you gain skill points to divide as you wish between four skill trees. Mastermind skills focus on situational control, helping them to heal fallen teammates and manipulate enemies. Technician skills are gadget-focused, improving efficiency with drills and other tools. The Enforcer tree facilitates a guns blazing approach, while the Ghost, my personal favorite, allows for a greater degree of stealth. Regardless of your preferences, each skill will cost you a number of skill points and some cash to obtain.

Although you can diversify your skill portfolio however you wish, you’ll almost certainly be relying on help from others to pick up where you’re lacking. Payday 2 is almost exclusively a co-op game; like Left 4 Dead, you can play alone, but it won’t be anywhere near as fun or effective. It’s less fun because you’re missing out on the great feeling that comes with planning and executing a successful strategy with others (or reacting quickly when those plans fall apart). It’s less effective because the friendly AI is sorely lacking; your robotic accomplices will do little more than shoot at enemies and occasionally revive you when you’re down. Transporting loot, deploying tools, and subduing civilians is left entirely up to you.

[singlepic id=15190 w=320 h=240 float=right]The enemy AI, on the other hand, is pretty impressive for a title that is essentially a wave game when it comes to firefights. Squads of enemy officers cleverly flank around you, assume appropriate formations before breaching your strongholds, and if you let them get close enough, they will free your hostages and confiscate your ill-gotten goods. You might see them rappel in from helicopters and rooftops, and even hear them provide updates to each other via radio. You know you’re pushing a police assault wave back when you here an officer report “the situation here is deteriorating” over his walkie talkie.

While we’re on the subject of overhearing things, it’s worth mentioning that the sound in Payday 2 is also impressive. While it’s not on the level of a game like Battlefield 3, gunfire and other sound effects are high quality and immersive. The soundtrack scales to match the gameplay situation, heightening the tension as the stakes grow higher. The graphics, while certainly a major improvement over the original Payday, are not as notable. Animations for some actions are sloppy, and many textures look noticeably outdated.

[singlepic id=15194 w=320 h=240 float=left]But while 4-player co-op has certainly been done before, there’s no question that Payday 2 brings something unique to the table. Gameplay is often heart-poundingly intense, whether from the anxiety of fearing detection in a stealth mission, the will to survive an aggressive assault in an attack mission, or just the rush that comes from making it out alive and much richer. If you come across a particularly cohesive group of players, don’t be surprised to find time slipping away from you in the pursuit of more cash to stuff in your vault. 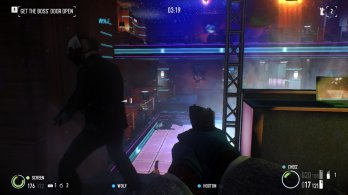 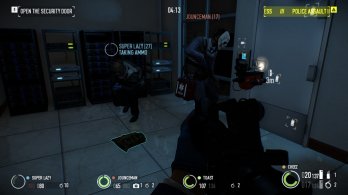 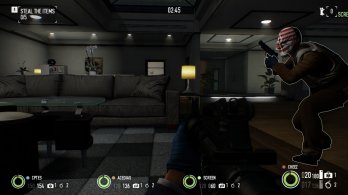 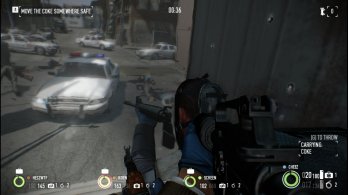 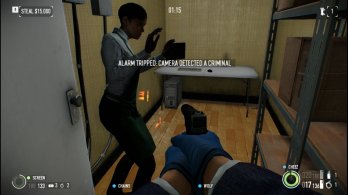 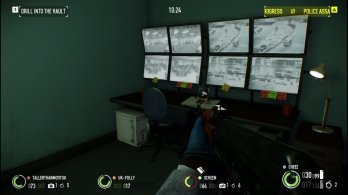 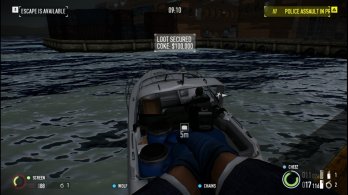 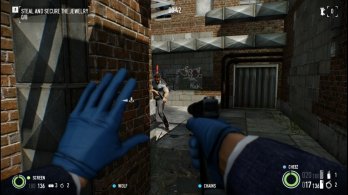 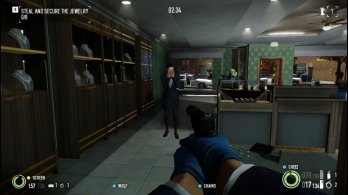 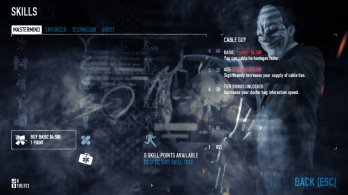 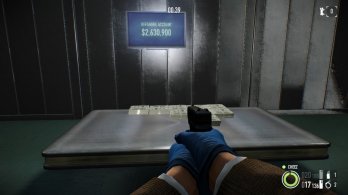 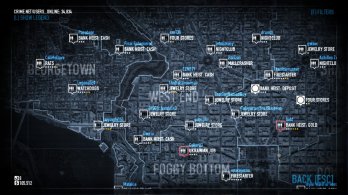