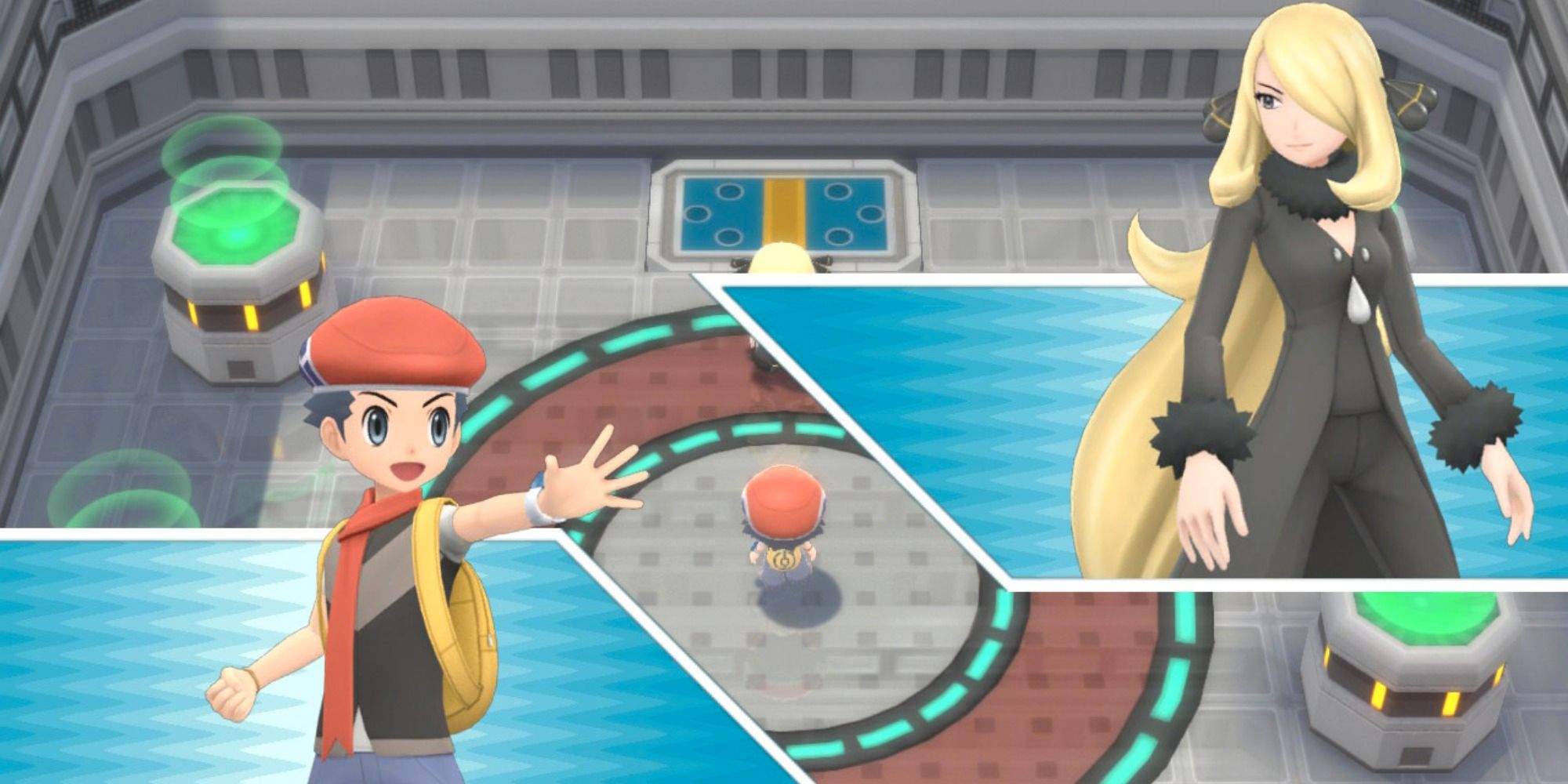 Pokemon Brilliant Diamond and Shining Pearl are developer ILCA’s remakes of the original 2006 Nintendo DS titles. After meticulously playing through it, we’ve discovered this year’s re-release ended up being an enjoyable experience but includes some very hard-to-miss flaws.

The first thing I noticed upon launching Shining Pearl was its new 3D chibi models, which I admit are incredibly cute and significantly contributed to the game’s cutesy, laid-back aesthetic. Movement around the game’s world is done in the top-down perspective, but cut scenes are rendered with full 3D models along with Pokemon battles with friends and strangers. In addition, environmental visuals have been dramatically improved, from the attractive lighting to the crisp models, beautiful water graphics, and improved shadows. 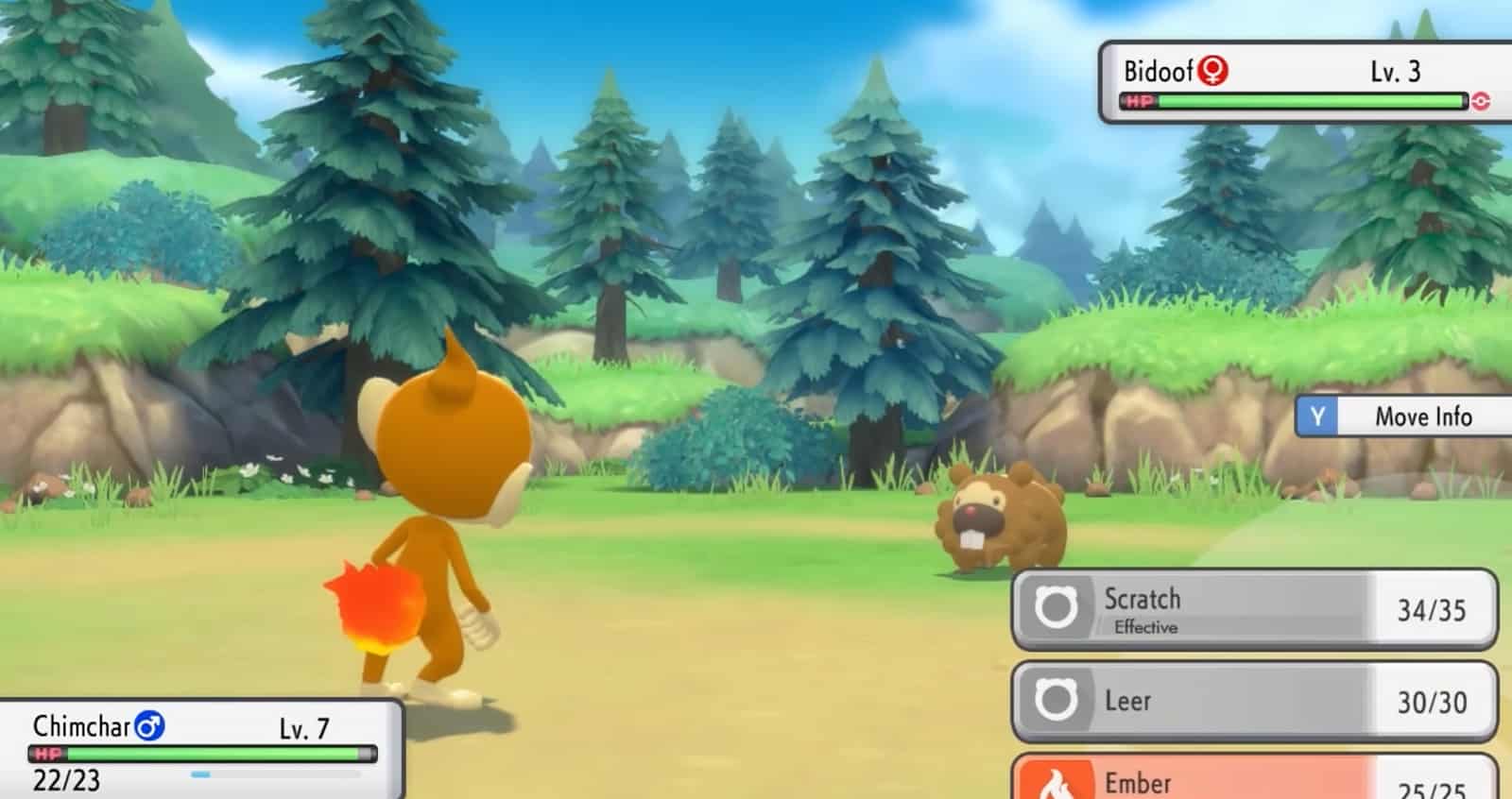 As a typical Pokemon game, the player starts from humble beginnings in Twinleaf Town, where they’ll be given their first starter Pokemon by professor Rowan and taught the ropes by Dawn or Lucas. Afterward, they’re left to their own devices to explore the world and become the very best trainer that no one ever was by capturing strong Pokemon, battling random noobs, fighting your annoying friend, dealing with equally annoying random encounters, dethroning gym leaders and thwarting Team Galactic’s plans to fiendishly harness the energy of evolution and the legendary Palkia. That being said, this is a remake primarily for the visuals, and one that’s incredibly faithful to the originals. However, there are a few new additions sprinkled in.

Combat in Shining Pearl consists of the typical formula seen in most traditional Pokemon games. Players will bring out their best Pokemon to fight standard battles and tactically use specific types to take advantage of Pokemon weaknesses for better results. However, one very hard to ignore element in Brilliant Diamond and Shining Pearl is the Exp Share mechanic. This mechanic allows the Pokemon in your possession to earn Exp from each battle even when not actively involved in the fight. While it helps significantly reduce the grind seen in other Pokemon games, it also significantly reduces the challenge as each battle eventually devolves into one-shot attacks and 5-second battles, primarily because there’s no way to turn it off. It gets so bad that capturing Pokemon becomes an unnecessary chore as even the weakest attack from your weakest Pokemon has the potential of one shooting a random Shinx you’ve had your eye on. While I admit this problem is a bit hilarious, it’s also a weirdly inconvenient one. 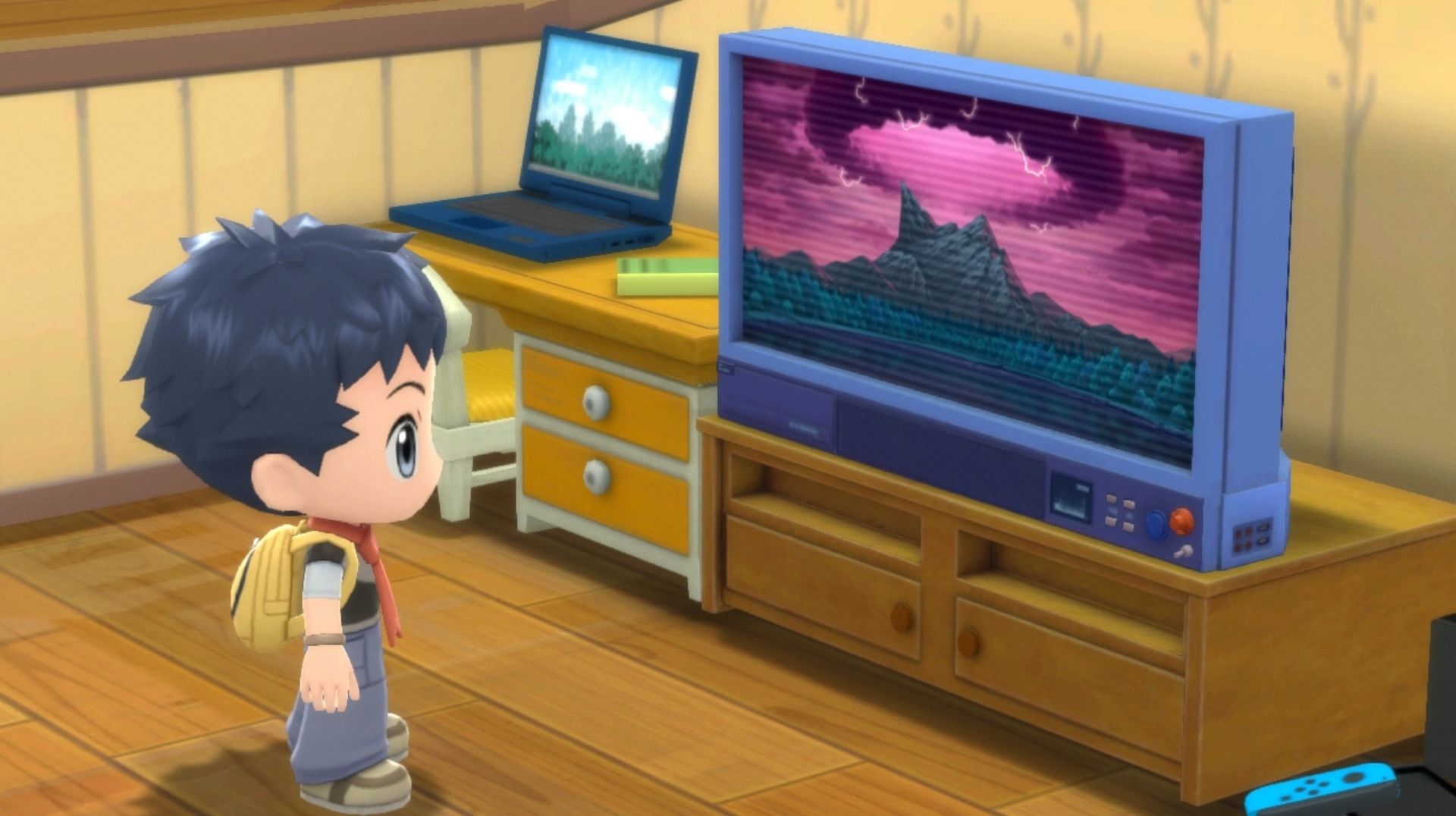 New noticeable improvements in the remakes include the welcome new feature of autosaving and the ability to view more detailed strengths, weaknesses, and effectiveness of your Pokemon’s moves in battle. While this is an inclusion I admittedly was happy to see, I should add that it is yet another element that adds to the game’s more streamlined nature. Another important new inclusion is that while HMs are still necessary to traverse the game’s world, Pokémon now no longer need to be taught HMs to use moves like Rock Smash or Cut to move through the game and navigate its puzzles.

The last thing I’d like to highlight is the exclusive Gen-4 Pokemon included in each version of the game. Brilliant Diamond players can look forward to acquiring Pokemon like Growlithe, Raikou, and Dialga, whereas Shining Pearl players such as myself have the potential to get pokemon like Zapdos, Slowpoke, and Vulpix. Though I very much prefer the exclusive Pokemon in Shining Pearl, prospective players should consider the exclusives before making a purchase.

All in all, Pokemon Shining Pearl and Brilliant Diamond, despite ignoring some of the original’s issues, is a great remake that runs remarkably well and sports excellent visuals. However, if you’ve played the originals, then there’s not much for you here as this remake will be better appreciated by new Pokemon players, especially those who never played the original. 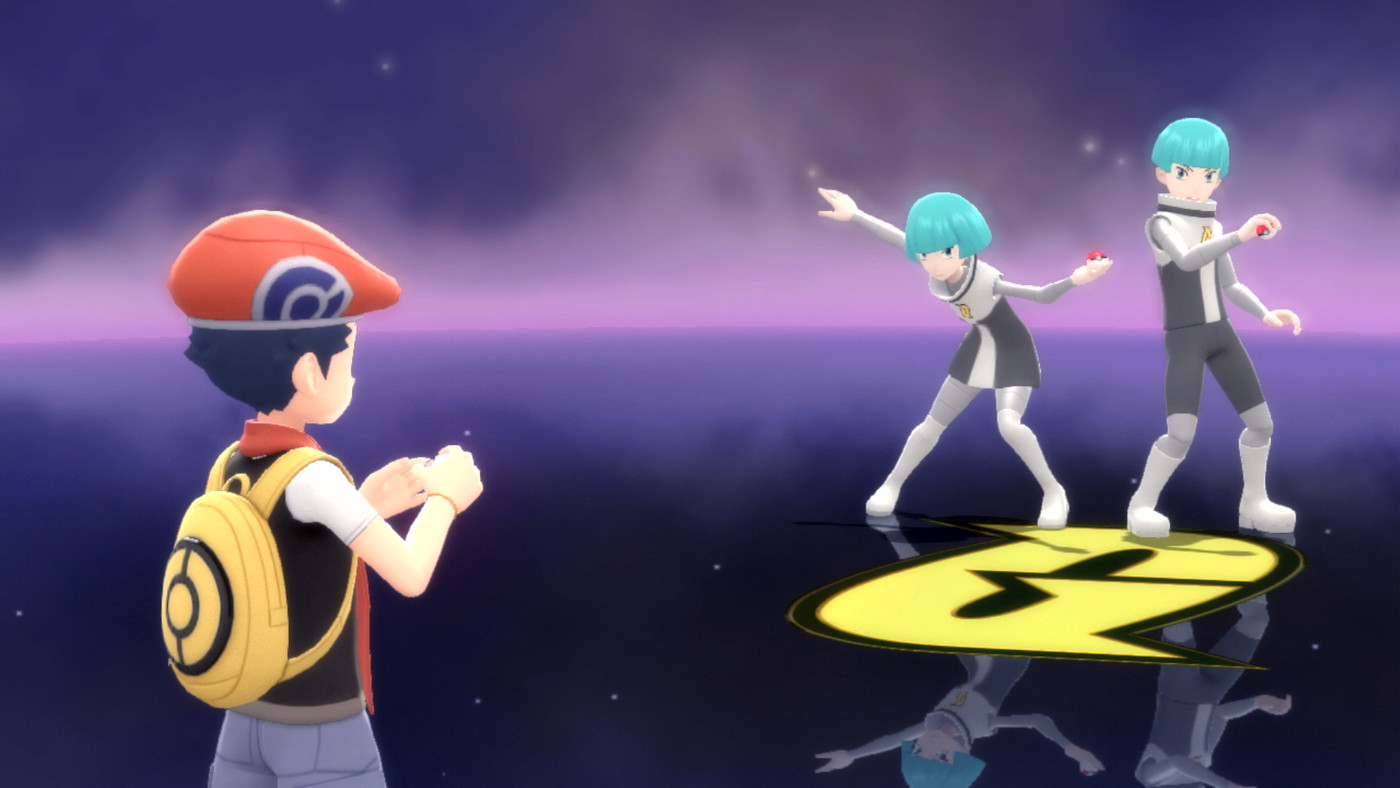 Despite several quality-of-life improvements, you can still feel the age of the game. While traversing the world, I had several moments where I felt like I was back in 2007 and encountering the same zubat or bidoof over and over again. It was a staple of the Pokemon series back then, but given the variety of Pokemon we are lucky enough to encounter (or see in the overworld and attempt to avoid) it feels all the more tedious in 2021.

The game also suffers from a lack of a second screen, and the Poketech tool suffers greatly for it. Using the hidden item finder is a frustrating cycle of clicking the screen open and closed, and finding items in the Underground, which was previously my favorite part of Diamond and Pearl, is not nearly as fun as I wish it would be. Dig spots are highlighted on the mini map, which is incredibly small, and the hitbox to actually start digging is quite small. This could easily be fixed by adding some kind of indicator, such as a crack or a glittering animation on the wall itself; instead players have to walk, press A, walk, press A, walk and press A in hopes that they’ll hit just the right spot. 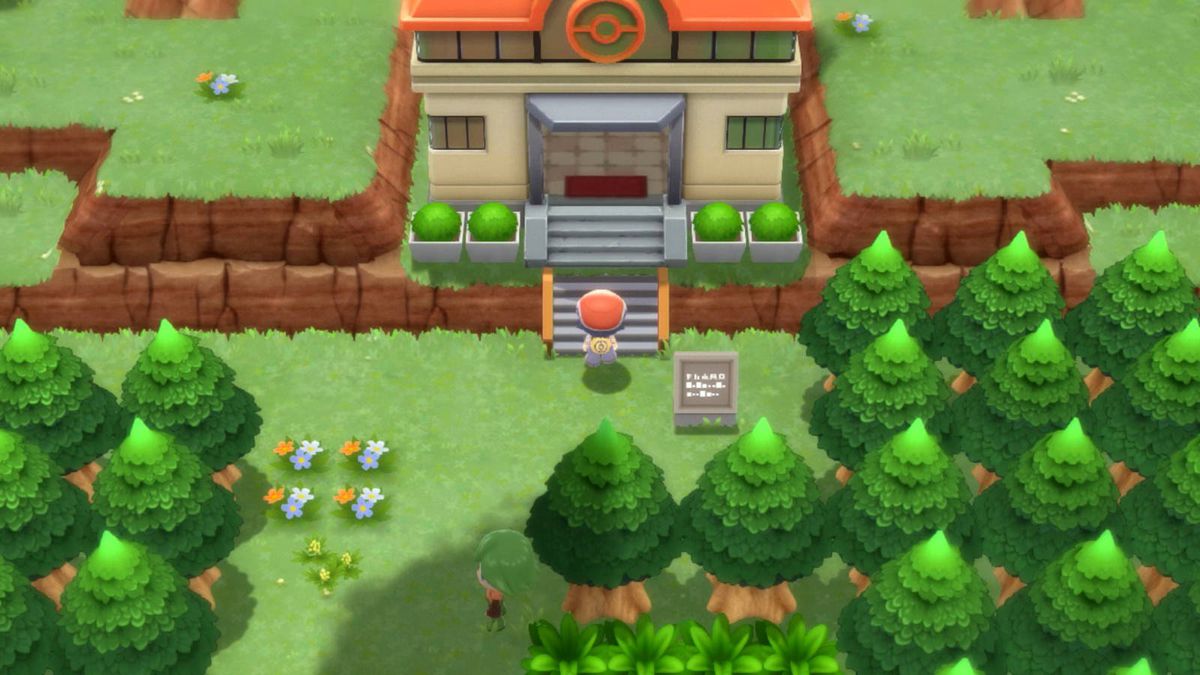 The plot of Pokemon Brilliant Diamond and Shining Pearl require you to do a lot of backtracking across the Sinnoh Region’s map, which is pretty fitting, given the delightful but sometimes tedious nature of this adorable nostalgia trip. The remake affords great opportunities to hunt the exact Pokemon you want, offers quality of life improvements, and generally delivers the exact Pokemon experience you’ know and expect from a remake.

Pokemon Shining Pearl and Brilliant Diamond, despite ignoring some of the original's issues, is a great remake that runs remarkably well and sports excellent visuals.

—A Kay Purcell and Abdul Saad