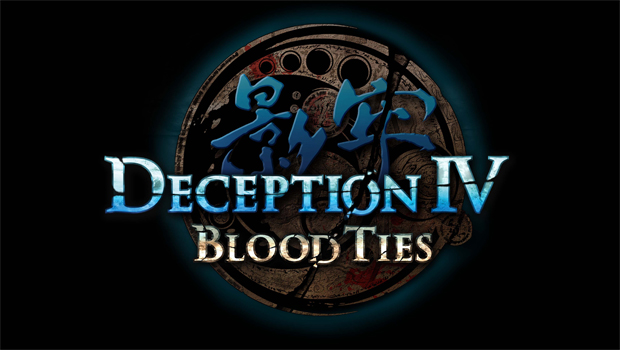 Some games are too embarrassing to play in front of people you respect. Whether it’s Kratos pleasuring women off screen in God of War, or just the run-of-the-mill slaughtering in Grand Theft Auto, these are the types of  games you pause the moment when your grandma walks in. Deception IV: Blood Ties from Tecmo Koei is definitely a game I would pause. Some of the stuff in this twisted, action-strategy title makes me feel embarrassed even when there’s no one else around. It’s a perverse and sadistic game, and the most worrisome part of it is that I find myself enjoying it so much.

You may be wondering why you haven’t heard of a series that’s already in its fourth installment. The first Deception title was released in 1996 on the original PlayStation. Its unusual style of gameplay spawned two sequels before disappearing entirely. Now, more than 14 years later, Deception IV is making its return to the PS3 and PS Vita. The story focuses on the daughter of the devil, a partially-dressed woman named Laegrinna, who must collect the 12 missing fragments of something called the “Holy Verse” in order to unleash her father upon the world. Gameplay consists of setting traps around various levels in order to spring them on unsuspecting enemies, all while trying your best to dodge their attacks.

This is a highly challenging but rewarding game. After the first few introductory chapters, the difficulty really ramps up. It’s not uncommon to replay stages multiple times, tooling out different approaches before finally achieving success. And yet Deception IV manages to avoid becoming overly frustrating. The camera, controls and mechanics are polished, fair and balanced, which means if you fail, there’s really nothing left to blame except your own weak strategy. It’s not mindless fun, but it’s easy to get sucked into the battle. Just like all great strategy games, the satisfaction of finally gaining the upper hand is extremely addictive.

Despite its flashy exterior, Deception IV is actually a well-disguised puzzle game. The player is presented with a set of pieces and asked to imagine a creative solution to the problem – it just so happens that the pieces are deadly traps and the problems are human beings that must be killed. It’s a test of trial and error and problem-solving skills in a fast-paced and pressured situation. Actually, if the subject matter weren’t so depraved, I might even say this game would make a good learning tool for kids, but please don’t misread me: I really don’t think this game is the best choice for an impressionable child.

The sadistic violence is taken to an extreme level. Sadism is actually one of the overarching themes of the game, something I had never imagined seeing. Besides the points you score from how elaborate the trap sequence is, there are also points gained from how much pain you can inflict and how much you’re able to humiliate the target. The more painful and embarrassing the death, the higher the score and the more currency you get for purchasing new traps and abilities.

The play style might not be for everyone. It can, on occasion, be a bit aggravating trying to fight enemies purely with traps, and I often found myself wishing I had a more direct form of attack, like a sword or a gun, to take down some of the more troublesome fighters. The enemies with long distance weapons are particularly annoying since there’s little else to do but dodge or hide and hope they eventually stumble into a trap.

The traps are the real stars of this game, and it’s hard not to appreciate their level of inventiveness. The variety of traps range from deadly explosives and tesla coils to pumpkin heads and banana peels. On top of that, there’s a plethora of environmental dangers built into the stages that can be incorporated into the trap sequence. It’s difficult to describe without sounding like an insane criminal mastermind, but there’s a certain joy in seeing a hapless fool get skewered by a wall of spikes, blown up by an explosive, and hurled onto a banana peel that slips them onto the path of a pendulum blade which knocks them into a speeding train; it’s a good feeling, a feeling of satisfaction not unlike a good Rube Goldberg machine: you imagine it, you set it up and then you enjoy your handiwork. Even though there are times when the gameplay can get repetitive, the challenge and satisfaction of pulling off an elaborate trap combo is enough to keep me entertained and wanting to come back for more.

Deception IV: Blood Ties won’t be everyone’s cup of tea. It’s extremely challenging, and requires patience, strategy and thought. The tortuous nature of the traps and the unusual gameplay system that rewards painfully sadistic humiliation may repulse and offend some people. But at the heart of it all, this is a finely tuned puzzle game that may just satisfy that niche craving of twisted brainy torture that you didn’t even know you had.

It’s admittedly one of the most depraved games I’ve ever come across. A strategy title with a point collection system based on pain and humiliation will probably turn away the majority of sensible folks. But if you can get past the subject matter of sadistically torturing enemies, you might be surprised to find a highly challenging and well balanced action-strategy game. If you’re comfortable with demented content and you enjoy a good challenge, Deception IV: Blood Ties may be the game for you.