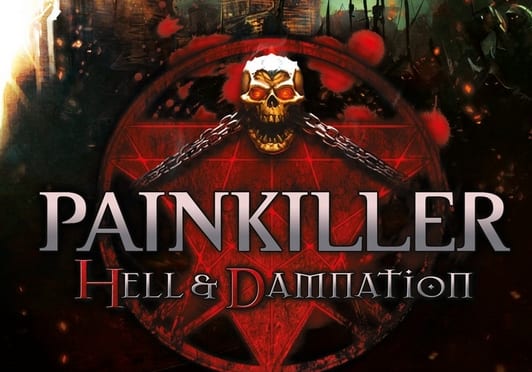 When Painkiller  was originally released in 2004, it was lauded for its focus on intense action and for being an old school style shooter. I had only played the demo at the time, but I recall endlessy mowing down hordes of enemies and having fun with the simplistic nature of the gameplay. The same holds true today as, despite the advances we’ve seen in the genre since 2004, it still feels good to unload round after round on evil minions without having to think about much else.

When I first began playing Painkiller: Hell & Damnation , I was turned off by its antiquated feel. This is about as bare bones a shooter as it gets – the single player lacks narrative, although there are cutscenes sprinkled throughout the campaign, and there’s hardly anything in terms of scripted story events or character development. The structure of the campaign is essentially a series of challenge rooms in which you move from one random room to the next facing waves of enemies until you’ve defeated them all and are granted passage to the next room.[singlepic id=9609 w=320 h=240 float=right]

The enemy AI is laughable and about as dumb as it gets. The game has opted to throw clumps of idiot enemies your way rather than fewer, more challenging opponents who might attempt to avoid being slaughtered by using cover and actually elicit the use of tactics to take you out. The pathfinding is also sorely lacking and even boss enemies are subject to getting stuck on objects within the environment, rendering them immobile and helpless as you pick away at their health bar.

You won’t feel compelled to explore the levels because they aren’t particularly interesting, although the game encourages you to do so in order to discover hidden treasures. I should clarify that I’m not saying the game is ugly – with Unreal Engine 3 under the hood it’s actually a fine looking game and runs smoothly. The textures are muddy in some spots, but overall the art direction is sufficient for the setting in which the game resides. You know, demons and architecture inspired by the Middle Ages and all that. The best aspect of the graphics by far is the enemy design. These are some seriously sinister minions and they come in all shapes and sizes. From hulking monstrosities that remind me of Nemesis in Resident Evil 3  to maniacal wind-up dolls, you’ll find no shortage of neat enemies.

The sound design doesn’t stand up quite as well, as each battle is underscored with generic heavy metal music which at times cheapens the experience. Sound effects such as weapon blasts and enemy grunts don’t do anything to offend but also don’t make any effort to uniquely define the game.

[singlepic id=9606 w=320 h=240 float=left]While Painkiller: Hell & Damnation  is not in the same league as many of the shooters that have come to market recently, I’m certainly not dismissing it. After a few hours of playing I start to realize that, although I wasn’t necessarily being drawn in by an interesting story, fascinating world design, or challenging gameplay, I was having fun. Dumb fun – but fun nonetheless. There’s a certain satisfaction that comes with mindlessly killing things, as evil as it sounds on paper, and all the game really does is shovel cool looking enemies at you from start to finish. The weapons themselves are a smart blend of standard affair and unconventional, giving you the choice of playing with a straightforward playstyle or being creative about it. It’s not something Will Wright would stamp his name on, but it’s a fun way to kill time after a long day of work or even between other gaming sessions that actually require the use of your brain.

The multiplayer is about as apt as the single player campaign, featuring a cooperative mode and a handful of competitive multiplayer game types such as Deathmatch and Capture the Flag. I didn’t get to spend an extensive time with the multiplayer, but seeing as how it lacks many of the staples of today’s shooters, such as a perk system, I can’t see anyone dedicating any sort of meaningful time “mastering” it. It’s definitely fun experimenting with the weapons and seeing what other players come up with, but the novelty wears off sooner rather than later.

There are two types of people I recommend Painkiller: Hell & Damnation to: those who were huge fans of the original and want to experience the game again with updated graphics, and those who are looking for a throwaway experience that doesn’t require much of a commitment to enjoy. Each stage is broken into multiple checkpoints making the game consumable in small chunks, and the multiplayer (assuming there will be people playing) keeps the action flowing with hardly any down time. Anyone looking for what modern standards would consider a quality shooter will walk away sorely disappointed. 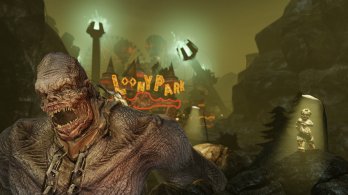 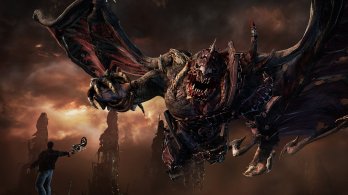 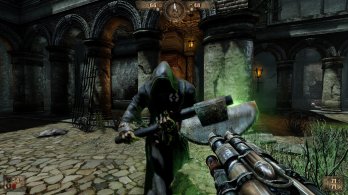 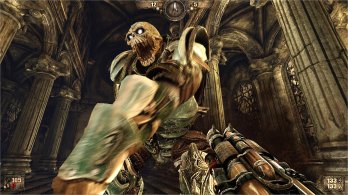 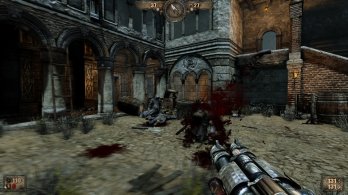 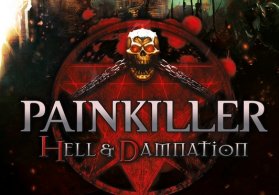 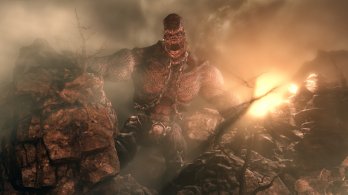