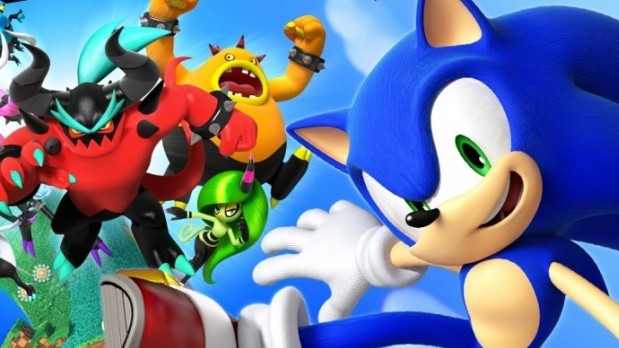 Sonic Lost World on 3DS is a terrible, terrible game.

You can take that sentence away with you and get all you really need, and you can check out our review of the superior Wii U version, but if you’d like to find out exactly what makes Sonic Lost World such a travesty on 3DS, please, read on.

[singlepic id=16835 w=320 h=240 float=left]Now, ever since Sonic the Hedgehog has entered the 3D space, his games have been a bit lacking. Sonic Adventure was decent if you only played about a sixth of it, and the rest have been sort of downhill from there. Sure, there have been the odd shining beacon or two in a morass of bad controls and equally bad camera angles, but for the most part, every time a new Sonic game gets announced, we get promised that this will be the one to redeem him, and every time it turns out that it’s just not the case.

But the handheld Sonic games have been different. They’ve eschewed the 3D graphics for a 2D, more retro, sprite-based style, and for the most part, they’ve worked. They’re nowhere near the level of quality of, say, Sonic 2, but they’re at least entertaining in their own right. Even that Bioware Sonic RPG was weird and interesting, if perhaps not much more than decent.

[singlepic id=16836 w=320 h=240 float=right]Two of the biggest complaints that have plagued the 3D Sonic games since Sonic Adventure on the Dreamcast are the imprecise controls and the horrendous camera. You’d think that because it’s been over a decade since that game came out, these problems would have been fixed by now. Not only are they not fixed, they’re downright worse than they’ve ever been.

Some levels take place on a weird cylinder, where Sonic will either run on the outside or inside, always forward toward his goal. It’s kind of like the old special stages in Sonic 2, where you’d run along the inside of a half-pipe — these levels work, as far as the camera goes. It’s always behind you, so you never really have to worry about much other than running forward and avoiding obstacles. There are even 2D levels similar to old-school Sonic games, and the camera largely stays out of the way here, as well.

But when the game opens up and allows you to free-roam, the camera just cannot keep up. Whether you’re avoiding enemies, pushing a snowball around, or performing any of the other tasks the game throws at you, you’ll be fighting the camera the entire time. The moment Sonic Lost World gives you control of your viewpoint, you’ll long for the levels where you have a singular, fixed camera angle.

But the camera is only the icing on a bitter-tasting cake; the controls turn what would otherwise be a somewhat unpolished experience into downright frustration. Sonic’s claim to fame is his ability to run really freaking fast, and the sense of speed is great. But he slides around like a greased-up monkey, and the simplest tasks (running onto a portal, managing a jump) will send you careening to your death more times than you can likely keep track of.

[singlepic id=16834 w=320 h=240 float=left]New to Lost World is the ability to run up walls without the aid of special ramps; hit any 45-degree angle at full speed and you’ll likely run up it — or not, it’s hard to say. Sonic will run up walls you didn’t want him to, not climb walls you did want him to — it all just feels so arbitrary.

Just as problematic is Sonic’s insistence on using lock-on targeting to manage attacking enemies and maneuvering within the environment. Whether or not you lock on to the target you want to hit depends on many factors: how close you are, the angle of attack, whether the planets are properly aligned, etc. It works about as much as it doesn’t, and when you’re dealing with fast-paced twitch precision where a missed lock-on means the difference between traversing a bottomless pit or falling to your doom, you’ll be discovering new and exciting swear words to heap upon our blue mammalian friend.

Sonic Lost World is filled to the brim with awesome little moments like these. Pushing around a snowball is hard enough with how imprecise Sonic moves, and it’s made even more infuriating with a giant snowman bouncing you around from outside your field of view. A plunger needs to be held down by an enemy so a series of platforms will move into position, and the only way to get it to stay in place is to lock on and attack the enemy so it weighs down the switch. But you can’t, because the lock-on only appears right as he’s about to hit you. And when you do finally get the enemy to stay in place, you can’t climb up the platforms because the controls will randomly decide that you can’t run up the wall to reach them — meaning you have to repeat this whole procedure all over again.

If you think it couldn’t get worse, one glance at the special stages proves otherwise. The objective here is to fly around a 3D environment, collecting orbs to unlock a chaos emerald. This wouldn’t be so bad if it weren’t for the fact that you have to aim the 3DS in the direction you want to fly, using the system’s internal gyroscope to finish the level. It boils down to you holding a button to freeze Sonic in place so you can constantly recenter your 3DS to a manageable position.

[singlepic id=16833 w=320 h=240 float=right]And these stages seem to open up whenever the game feels like it. In previous entries, these special stages were hidden in special locations or opened after finishing a level with a certain amount of rings. Here, the game just randomly asks if you want to play a special stage after you complete a level, no matter your rank, what items you find, or how many rings you collect. Even the manual simply states: “Sometimes you will have access to a Special Stage after clearing a Zone.”

Sometimes? Are you kidding me? It’s like this game is actively trying to piss me off.

Sonic Lost World on the 3DS represents yet another entry in the increasingly downward spiral of Sonic the Hedgehog’s inevitable irrelevance, and I wanted nothing more than to fling this game off the highest cliff I could find. It fails as a 2D sidescroller, it fails as a 3D platformer, and on a system that has no short supply of absolutely amazing examples of both of those genres, Sonic Lost World is absolutely inexcusable.