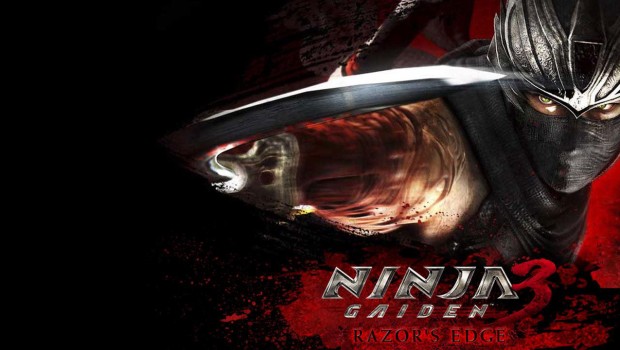 You’re standing on the rooftop of a skyscraper when an attack-helicopter fires a pair of missiles in your direction. Do you: (A) duck and cover, (B) close your eyes and await certain doom, or (C) jump towards the helicopter, dodge the missiles midair and slice the chopper in half using your enchanted ninja sword? For Ryu Hayabusa, the answer is simple.

[singlepic id=11550 w=320 h=240 float=left]Ninja Gaiden 3 Razor’s edge is a solid port of a solid update of a disappointing game. Don’t worry if you’re confused.  Ninja Gaden 3 was originally released in March of 2012 on Xbox 360 and PS3. This game was later ported with significant upgrades as a November 2012 Wii U launch game under the expanded title “Ninja Gaiden 3 Razor’s Edge.” The latest and, dare I say, final version was ported on April 2nd, 2013 for the Xbox 360 and PS3. This installment features all the new content previously exclusive to the Wii U with all the additional bonus DLC already included.

Ports and updates are nothing new for publisher Tecmo Koei, and developer Team NINJA, especially when it comes to Ninja Gaiden. This phenomenon has already been beautifully detailed by my Gaming Trend collegue, David Roberts, in his review of Ninja Gaiden 2 Sigma for PSVITA. I admit it’s annoying that they keep polishing the same game and selling it like new. And I feel for the people who already purchased the inferior Ninja Gaiden 3. But for today’s purposes I’m just going to pretend none of that ever happened and review Ninja Gaiden 3 Razor’s Edge as its own stand-alone game. It helps keep things tidy.

The game looks great and is absolutely mesmerizing to watch. The fights look like a fireworks display held inside a dance club. I know there’s at least one person out there having a seizure with all these strobe flashing explosions and neck snapping camera pans. Half the time I didn’t know what was going on, but it looks awesome and it’s fun to play.

You’re not given free range to explore but the environments are constantly changing as you ninja jump across the globe. It‘s not “Uncharted” quality backdrops but I’m still impressed by the detail and variety of the levels. The characters also look great both in gameplay and cinematics. There wasn’t a point when I was removed from the experience by awkward or clumsy design. Some of the female anatomy was a little…or a lot…it was…anyway, solid character design.

As expected from the franchise, the main focus is on the combat system. It’s not the most in depth fighting; actually I’d probably call this a button masher (Square, Square, Square, Triangle). But even button mashers can be great fun. I’m sorry to admit this, but I’m one of those shameful people who actually enjoys playing Dynasty Warriors (also from Tecmo Koei). And maybe that’s why I had fun playing Razor’s Edge. After the first twenty minutes of slicing through enemies, you enter a sort of hypnotic state that knows not the ticking of time. It may not be for everybody, but I’m all about this type of game.[singlepic id=11551 w=320 h=240 float=right]

The fights are fluid and fast paced and the enemies have some decent AI. They’re constantly trying to surround you or pin you against a wall. They also keep you on your toes by switching between long-range guns and explosives and short-range swords, depending on where you move.

It’s difficult and unforgiving on any of the three harder difficulties, but there’s also an easy setting called “Hero Mode” that basically makes you invincible. On this setting, every time your health is low, the computer auto blocks each attack for you. You’re not going to get any respect for playing this way, but it’s a nice option for casual gamers.

[singlepic id=11548 w=320 h=240 float=left]This isn’t the type of game I’d want my mom seeing me play. Razor’s Edge more than earns its M for Mature rating. It’s chock-full of foul language, gratuitous violence and bouncy babes who prefer skin exposure over protection when it comes to battle armor. One of the main selling points of this version is that they’ve brought dismemberment back. I remember back when pulling a head off in Mortal Kombat used to make headlines (no pun intended),  but this game takes it to a whole new level with flying arms, legs and heads spraying fountains of blood covering the characters and screen. It’s quite fun, actually. What’s even more amazing is the way the enemies react to having their limbs removed. They’re so dedicated that they continue trying to kill you even after losing an arm. One time I saw a guy fighting on after losing both of his legs. He didn’t last long crawling as he did, but the guy had perseverance.

You collect Karma/experience points everytime you kill an enemy or collect a special item. You can use these to upgrade your weapons, learn new moves or skills and  purchase new costumes. There’s a fair amount of customization and the upgrade system does a good job in motivating multiple playthroughs.

You’re also given the optional control of three female characters, from the staff wielding Momiji, the purple haired Ayane, to the buxom Kasumi. Of the three, only Ayane is controllable in her own story mode, but you can select any character using the Chapter Challenge and Ninja Trial options. The alternate characters help keep things interesting by breaking up the action. The storied segments featuring Ayane are an especially welcome change of pace after spending so much time cutting people in half with Ryu Hayabusa.[singlepic id=11549 w=320 h=240 float=right]

It’s a linear and storydriven experience. You move from fight to fight to quicktime events to cutscene cinematics. Rinse and repeat. There’s about an hour and forty minutes of in game movies. It’s not much when standing next to say, Metal Gear Solid 4 (with an estimated five hours of cut scenes), but it’s still a decent amount of the game that doesn’t require a controller. Thankfully this never becomes an issue due to the sheer quality of the cinematics and their seemless integration with the gameplay. The movies are some of the best looking, acted and written that I’ve seen in any game. I’m not going to say the story isn’t insanely over the top (you fight a T-Rex) or that the dialogue isn’t cornball, but it is a rewarding and complete package that doesn’t fail to deliver a cohesive and satisfying story.

I thoroughly enjoyed playing Razor’s Edge on the PS3. The action was fast and fierce. The story was interesting and fun and the upgrades and customizations kept me engaged from start to finish. I’d recommend this to any Ninja Gaiden fan; at least, any Ninja Gaiden fan that hasn’t already purchased any of the previous versions of the game. It’s fun to play with a full bodied story and enough variety to keep things interesting for multiple plays, making it well worth the $40 price tag. I mean, honestly, who doesn’t want to jump out of a fighter jet and slice people in half with ninja babes after a long day?