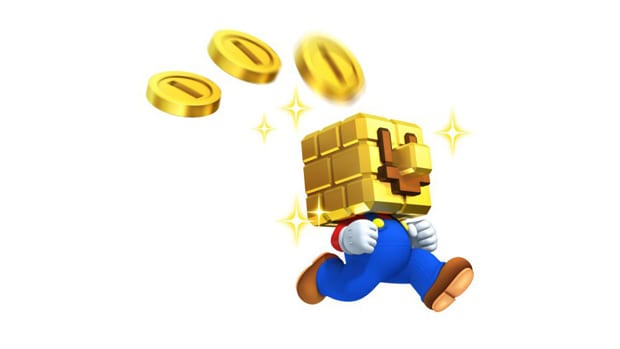 Well, after 27 years, Nintendo has finally done it. After numerous iterations on every single system Nintendo has released (and a few that they haven’t), endless pipes, goombas, coins, mushrooms and more, Nintendo has created the first unnecessary Mario game with New Super Mario Bros. 2.

If you’ve played any Mario game before, you’ll instantly recognize the time-tested formula. Princess Peach has been kidnapped by Bowser (for the umpteenth time) and it’s up to Mario to rescue her. As Mario, you’ll travel through six main worlds (and three bonus worlds) in dozens of expertly crafted sidescrolling stages, defeating goombas and koopa troopas on the way to defeat Bowser. You’ll scour each level high and low for power-ups, 1UPs, secret levels, and coins, coins, and more coins.

[singlepic id=8827 w=320 h=240 float=left]The levels themselves are well made, with death defying leaps, coins to collect, and enemies to defeat. Each level features 3 giant golden coins hidden throughout the levels (much like New Super Mario Bros.) and collecting them opens up pathways to other hidden levels (much like New Super Mario Bros… sensing a pattern?). Hitting red rings make red coins appear, which can be collected for bonuses. Each world has a series of branching and hidden paths which lead to the basic levels, and two boss castles, one at the middle and one at the end of the world. Levels run the gamut of your typical Mario scenarios: ice levels, grass levels, fire levels, underground, underwater, ghost castles, all are represented here in familiar fashion. It looks almost exactly like the other games in the “New” series, and the graphics, while completely serviceable and very Mario-like, are not taxing the system hardware at all. So, now that you know what’s exactly the same as the previous games, what’s actually different about this one?

The unique draw of this game is the copious coinage you’ll be collecting throughout each level. Mario becomes the 1% as he grabs coins as they appear out of every corner, popping up as you hit blocks, appearing out of thin air, hidden in secret rooms, raining from the sky… you get the idea. Like the red rings that appear, gold rings also appear, which make coins appear behind the trail of your enemies; hit a turtle shell, and watch it fly, leaving a trail of doubloons in its wake. The game keeps a running tally of all the coins you collect, popping up messages whenever you reach specific milestones along the way. I’m told that you’ll unlock something when you hit a million coins, but it’s going to take me awhile to reach that total.

To help you grab as much cash as you possibly can, you’ll receive a few new moves to flesh out the standard Mario repertoire. In addition to the requisite mushrooms and fire flowers, the raccoon leaf makes a reappearance, which will allow you to fly. The mega and mini mushrooms return from the first New Super Mario Bros., which will make you enormous or tiny, respectively. New to this game are the Gold Flower, which allows Mario to shoot golden fireballs that turn everything around him into coins, and the Golden Block, which, when worn, constantly produces coins whenever Mario runs or jumps. It’s not uncommon for you to finish a level with several hundred coins under your belt, and it is an incredibly satisfying feeling every time you hear the ring of a collected coin.

[singlepic id=8828 w=320 h=240 float=right]In addition to the main single player quest, there are a few other options that add a little variety to the mix. First is a two player mode, which I was unable to test, as the only option for multiplayer is local matchups. I would have loved to be able to play against other players online to find out how well the levels work with two players, but I unfortunately could not. I was able play the Coin Rush mode, however. Coin Rush pits you against three random levels, with each level granting you an incredibly small amount of time, and has to collect as many coins as you can within said time limit. It’s nerve-wracking arcade fun to see how many coins you can grab without dying or failing to reach the end before time runs out, and your total is saved and sent to other 3DS systems through StreetPass, allowing you to compete against other people’s record times. It’s a fun addition, though wholly unnecessary, and I don’t see it having much legs past the first few run-throughs. The last main addition is 3D, this being the 3DS and all. It basically extends the foreground and background out a bit, and muddies up the graphics, rendering it almost completely pointless. I spent most of my time with the game with the 3D slider off, as it didn’t add anything at all to the game, not even a cool “wow” factor.

This game is actually one of the hardest Mario games I’ve played to date, with tricky jumps and tons of obstacles that demand the most from even the most ardent Mario fan. Offsetting this difficulty completely is the fact that the game shoves thousands of coins down your throat, meaning that you will have more than enough lives to handle whatever the game throws at you. I had to repeat the second to last level numerous times, and I found that I would gain about two or three lives for each one I lost. My total life count was around 120 when I finally beat the game. And if you die five times in a row in a level, the game rewards your failure with a golden raccoon leaf, which not only lets you fly, it makes you invincible from everything save for falling to your death, spikes, or lava. Gone are the days when you would run out of lives and have to start the whole game over again; as long as you keep chipping away at a level, you’ll make it through to the end. Because of this, it doesn’t take very long to beat the game, as my run time from beginning of the game to the defeat of Bowser runs about 4-5 hours. Granted, there are tons of secrets to find and other levels to explore, giving the game a lot of replay value, but it’s still a bit depressing how short the game really is.

[singlepic id=8829 w=320 h=240 float=left]If it sounds like I’m being overly pessimistic, it’s because I expect so much more from Mario, and Nintendo themselves. Typically, Mario games at least have some sort of addition or feature that make them unique from previous games. Super Mario World introduced Yoshi. Super Mario 64 was Nintendo’s first foray into 3D platforming. Super Mario Sunshine had the water pack, adding spice and variety to Mario’s typical array of moves. I would even consider Super Mario 3D Land to be a fantastic entry to the franchise. It may have rehashed some old ideas, but the gameplay, coupled with the 3D effect, actually felt fresh and inventive. Each game should build on the previous one, allowing for new, more exciting gameplay. With New Super Mario Bros. 2, Nintendo is playing it safe. Sure, you have a game up to the huge standards that Nintendo has for its Mario games, and it shows. The game controls flawlessly, levels are well designed, and the game is legitimately fun to play. But with the only additions being a couple power-ups that turn bad guys into coins, I feel like I’m playing the same game all over again.

So how do I score this review? Do I score this in a vacuum, completely independent from all other Mario games that preceded it? Or to I take into account the years I’ve spent exploring the Mushroom Kingdom, and compare it to previous entries? Basically, I’m going to evaluate it based on how I felt when I played it. It’s technically great, but Nintendo needs to do more than repeat old ideas with its flagship franchise, especially if it wants to release not one, but three main entries in the series in the span of a year (Super Mario 3D Land released last November, New Super Mario Bros. Wii U comes out at launch). It’s not enough for Nintendo to skate by on nostalgia, especially with a character they’ve been using so frequently lately. If this is your first Mario game, or the last one you played was years ago  on the NES, go ahead and add ten points to my score because this represents the culmination of years of everything that made Mario great. But be forewarned. That sense of déjà vu? You’re feeling it for a reason.