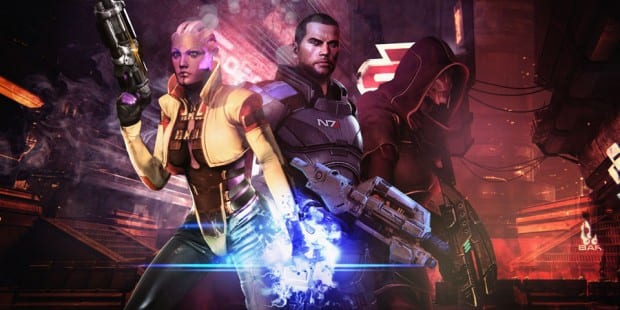 Mass Effect 2 has always been the Empire Strikes Back of the series for me, so I was ecstatic when I heard Commander Shepard would be returning to the ME2 hub of Omega in a Mass Effect 3 DLC. As the first campaign project that has been worked on by Bioware Montreal (the guys who gave us ME3’s awesome multiplayer), this DLC gives us a first look at the team that may become the caretakers of the franchise.

Omega begins with the Asari underworld badass, Aria T’Loak, recruiting Commander Shepard to help her retake Omega from the clutches of Cerberus General Pretovsky of Dark Horse comics fame. Aria tells the player that they can’t bring their existing squadmates, so you’ll be spending a lot of time with her in this DLC.  I won’t spoil any major plot points, but let’s just say that things don’t go according to plan and you’ll find yourself fighting hoards of Cerberus baddies. Bioware Montreal included two new enemies: “Rampart mechs” – heavily shielded and deadly, and “Adjutants,” – creepy, but otherwise unimpressive Reapers.

In a surprising turn for Mass Effect, Omega offers little more than a briefly-entertaining shooter. There are a few ways the DLC can end, but none of what happens carries over to the main game. Your squadmates weren’t there, so you’ll receive no banter from them, and you’ll be unable to return to the liberated Omega. You can load a previous save and see how the endings differ, but it wasn’t so drastic a change to make it worth replaying the four hour campaign. In the end, players are left only with a new power called flare and a new weapon mod that adds an omni-blade to the shotgun, both of which are really cool, but only if you haven’t completed the campaign.

I hate to say it, but the story behind Omega is awful. The entire thing plays out like a cheesy action movie, with tacky dialogue, nail-on-the-head exposition, and uncomplicated moral decisions. This comes as a surprise to me, as I’m usually pretty impressed with the dialogue, but Bioware missed the target with this one. Characters tend to tell Shepard exactly what’s going on, leaving nothing to ponder, and the moral decisions may as well scream, “THIS OPTION IS PARAGON AND THIS ONE IS RENEGADE!” The two squadmates Shepard travels with in the DLC have very little depth to them, as one of them is labeled bad and the other good immediately, and Bioware doesn’t even try to get the player to figure that out; they just tell you. The only interesting character in the DLC is General Petrovsky, who embodies a more “honorable villain” persona. Unfortunately, the DLC features little of him, and he never really feels like the badass that he could have been.

The sound in Omega is as good as the rest of Mass Effect 3, and the action sequences in particular show off Bioware Montreal’s expertise that they picked up while working on the multiplayer for Mass Effect 3. Explosions sound awesome, and kills are gratifying. The visuals are a different story, as the DLC is filled with graphical glitches. Characters will turn 180 degrees in a nano second and pop in and out of view for no reason, and this happens during all the worst moments. In both of my playthroughs of the DLC, Aria slid around the floor with her back to me in a comical way during an especially dramatic scene.

Throughout the DLC, Commander Shepard makes a few new friends, then defeats the General…and that’s about as far as the DLC goes. Omega offers a few new toys, such as “flare,” a massive biotic explosion, the omni-blade for the shotgun, which makes any Vanguard fan excited, and two new enemy types, but with a fifteen dollar price tag, crummy storytelling, and only four hours of content, it doesn’t come close to meeting the standards that fans have come to expect from the series. The combat sequences are great (and trust me, this DLC is full of them), but the action is pointless without some kind of payoff, and that’s where Omega flatlines. Beyond the feeling of separation between Omega and the normal game world, the worst part of the DLC is how quickly Omega disappears from the galaxy after it’s just reintroduced – it’s a big letdown for those who were excited for Omega’s return to the galaxy. If you’re looking to expand your time in Mass Effect 3, the combat is good enough to enjoy, though it doesn’t really earn its keep with a fifteen dollar asking price. If you want more Omega station, I’d suggest a replay of Mass Effect 2 instead. 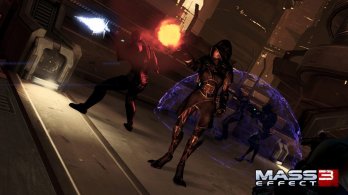 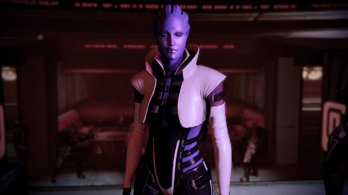 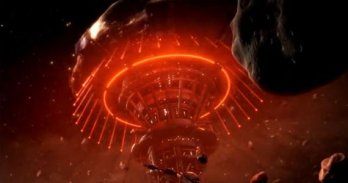 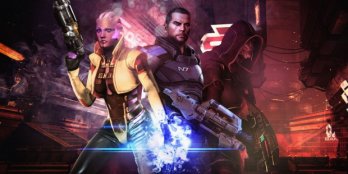 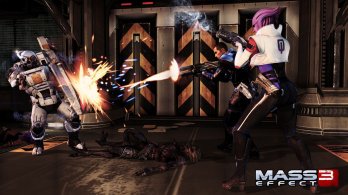 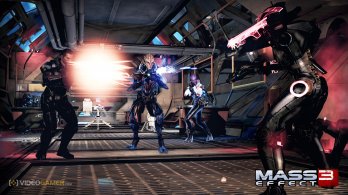 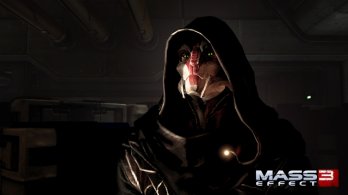