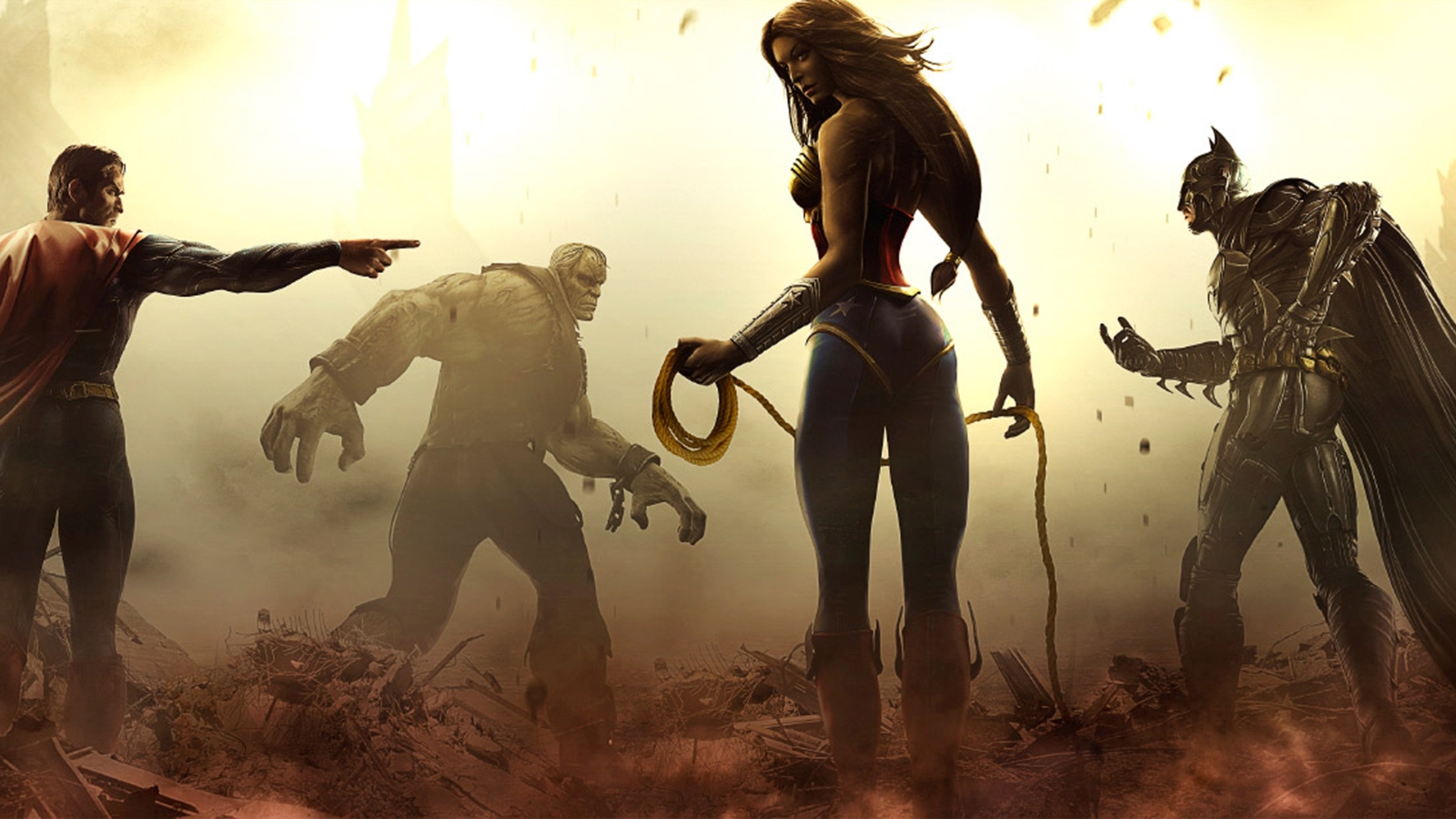 In the face of some excellent, fluid combat and top notch animation, what impressed me most about Injustice 2 was its ability to overcome fighting genre shortcomings to integrate a story that mattered into its moment to moment gameplay. NetherRealm Studios utilizes the DC Comics source material to the fullest, giving fights context and layers, adding a weight to every hit, throw, and super move that unfolds.

Injustice 2 picks up after the original game, set exclusively in the series’ alternate universe where Superman has become an oppressive dictator. After the events of the first game led to Superman’s imprisonment, Batman has been left to assure the general public of its safety, while Superman’s followers have gone into hiding, planning a scheme to free their captive leader.

After an invader comes to earth with the intent of absorbing the planet’s knowledge and then discarding it, the opposing factions have to band together to save the world, even when their ideologies start to clash. On the whole, Injustice 2’s story isn’t quite as interesting and affecting as the original, as the new relationships aren’t quite as fresh. A Jokerless Harley Quinn remains a standout, and Supergirl’s inclusion in a world where her cousin is not the hero her family hoped he’d be leads to some great conflict, but overall Injustice 2 builds upon its base rather than bringing much new to the table.

Because Injustice 2’s story builds upon the original game’s story, which found clever ways to pit friends against one another, every fight feels purposeful; even characters who are typically allies, such as Batman and Superman, could feasibly be caught up in the fights I was taking part in. Fights are littered with banter, both in conversations during character introductions, and during key moments, like a life bar depletion or a fight shifting Clash. Green Arrow, my main in Injustice 2, is especially entertaining, with quips about Batman’s brooding or The Flash not being fast enough to defeat him being some of my favorites. But these interactions feel like more than just set dressing because Injustice 2 doesn’t leave its story and characters behind in the spectacle of its fights.

Despite this, Injustice 2’s story mode remains a standout because of its great direction and animation. NetherRealm ditches the comic stylings of the original game for something more photorealistic and it works, even with characters like the Joker who sees the most notable changes in appearance.

But this is all in service to fluid and fun fighting. With 29 playable heroes and villains, Injustice 2’s roster brings in several characters from both the original game and new ones. I personally stuck with Green Arrow, but in my time playing as all of them I found something to love in almost all of them. Play styles are varied enough that they take time to master, but some of them, even after extended play and fighting them online, seem to be underpowered. This was especially apparent with The Flash, who lacks range and reliable means to close distance without being punished.

Picture credit to Reddit user RepulseRekts – and damn…that’s a lot of Epic gear!

On the opposite end of the spectrum, I found Supergirl and Deadshot to be near constants online, both of which could use some nerfing. Supergirl in particular has moves at her disposal that allow her to bypass defenses by almost instantly popping out right behind an opponent and punishing them with a devastating combo. There’s no real tell to this move, so I found it almost impossible to predict and defend against, and it wasn’t long before others discovered this to, and exploited it. Overall, Injustice 2’s roster is eclectic enough that balancing will probably take some time, but at launch it’s far and away ahead of other fighting games.

Along with balance, online servers are also in a great place at launch. I suffered some down time for about an hour on launch day, but other than that matches have been quick and near lag free. However, Injustice 2 is lacking when it comes to privacy and harassment-preventative features, including lack of mute options for online matches and blocking players who weren’t civil. In one match I was paired up with an opponent who proceeded to throw out slurs when they realized I was going to win the match, left just before I was finishing them off, and I had no way to block them so I wouldn’t end up paired with them in a later match, which happened less than an hour later. Injustice 2’s servers are in the right place, but it’s missing some key features to help make its online ecosystem safer from those being toxic.

On the single player front, Injustice 2 essentially mashes up extra modes into one with “The Multiverse.” This series of daily challenges features altered fights, including stats changes, environmental hazards, and even a few perks like assist characters along the lines of Marvel vs. Capcom. The ever changing nature of the challenges made me feel like I always had a reason to check in on the Multiverse and take part in whatever was going on at any given time, and those looking for more traditional single player modes like Survival can find it here, even if it’s buried a bit in the elaborate menu of the Multiverse.

Completing Multiverse challenges rewards you with level experience, but also loot drops for Injustice 2’s new character customization. Each character can be upgraded and aesthetically customized with armor and equipment, allowing you to tailor characters to your play style. New pieces of equipment are gained through drop boxes exclusively, so you have to rely on luck and progression based unlocks to get exactly what you want. You can buy drop boxes for either in-game currency or real-world money, but ultimately there’s no way to ensure you get equipment you actually need instead of boxes full of add-ons for characters you don’t use.

A welcome feature in character customization is the option to transform equipment to maintain stats but change appearance. As Green Arrow I found some of my best headpieces took the form of a baseball cap, which I was easily able to change into a more desirable mask while getting to keep the stats of superior equipment. This helps keep customized appearances consistent rather than having an amalgamation of unrelated equipment going into a fight. Injustice 2’s customizable characters is a fun feature to mess around with now, but I hope that NetherRealm implements something that will make it less of a pain to track down equipment you want, because even the microtransactions don’t do much to help speed the process along.

Injustice 2 is feature rich, and its story adds depth to its exceptional fighting. While there are several areas that could use small tweaks, NetherRealm has set down a spectacular base for a fighting game I can’t wait to see grow over the years.

Injustice 2 builds upon its predecessor with a great additional fighters and a story that adds weight to every fight.