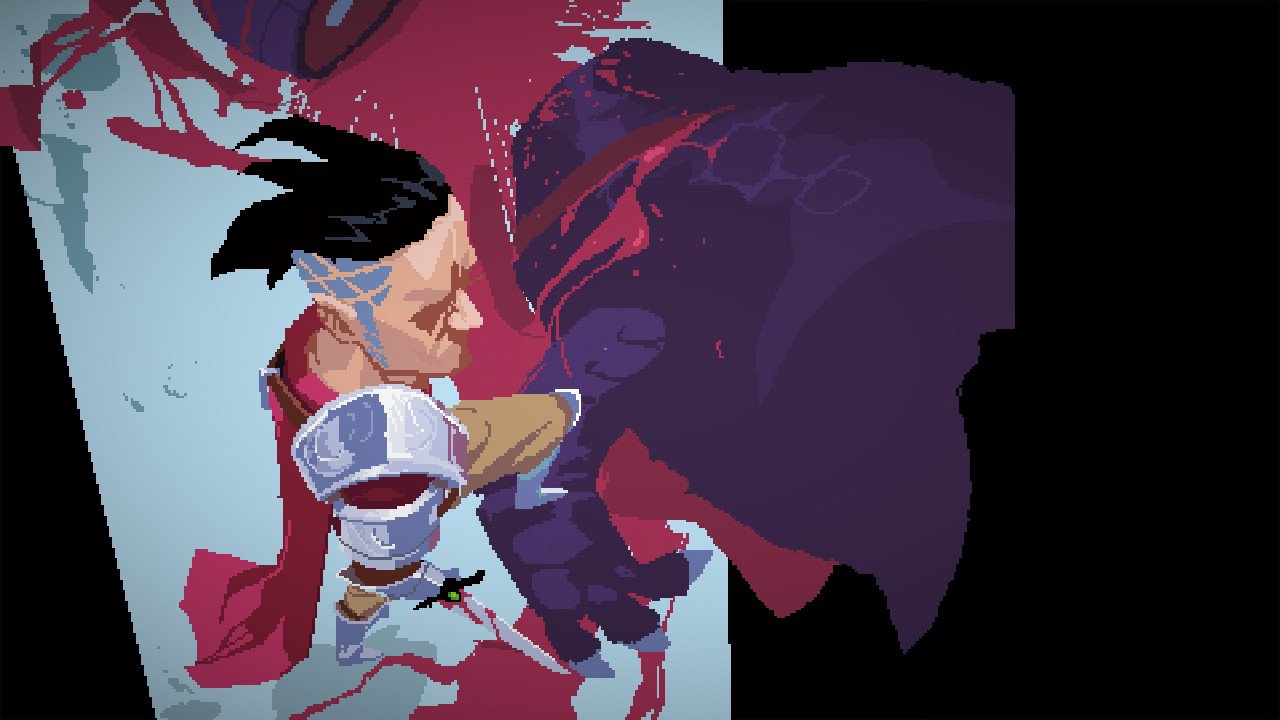 If there’s one game I regret not buying, it’s the video game adaptation of Scott Pilgrim Vs the World. While a licensed game for the movie (based on the graphic novels), the title was a great homage to the beat-em-up genre, and I’m still super bummed that I only have the demo on my PSN account. To help fill the hole in my heart, Ratalaika Games has released I am the Hero, a loving tribute to the beat-em-up games of old, and a brilliant fun time to be had for all.

I am the Hero stars a nameless boy as he recounts his adventures against the forces of evil. Like the beat-em-ups of yesteryear, there’s minimal plot elements to follow, which is great since the focus here is on the gameplay rather than the story. In order to get through the six stages (comprised of three sections each), you’ll have to master the accessible yet deep control system which is fun to play with.

I am the Hero prides itself on its combo-racking system, where punching, jumping, and kicking will allow you to string together your own combos, whether it be uppercuts chaining into kicks or smashing baddies into the air. In addition to these attacks, you also have phantom dodges, endure mode and EX skills, which are special moves that consume an energy gauge that fills up as you land hits. You can get more EX skills by completing each level, or you can opt for an unlockable character that you can switch back and forth from (and acts as a spare life in case your main character bites it). The controls are very well done, and I was chaining different moves with ease; it’s a gameplay system that rewards experimentation with the controls.

However, just because it’s easy to pull off attacks doesn’t mean it will be a cakewalk. While you can get through some generic baddies with ease by mashing the attack buttons in the early levels, later ones will force you to rely on timing and memorization to keep bashing the bad guys. Bosses at the end of most sections will also have some special moves up their sleeves, and considering there’s no block button, you’ll have to rely on dodging and spacing techniques in order to avoid getting pummeled.

Graphically, the game looks gorgeous, with a pixel art style that’s gritty and a stark contrast to other titles. The game is played on a 2D plane, but the camera angle makes it a dynamic viewing space that looks pretty neat when running forward and backwards. The character models are distinct yet minimalistic, which is impressive considering how much personality oozes out of the sprites. The enemy sprites themselves are goofy in their execution, from mooks with guns that shoot out punching gloves to a creepy guy that makes wind up frog bombs, and I really enjoyed fighting new enemy types every few sections.

On the less positive note, there were some issues with technical performance, as while the game runs great most of the time, there were a few sections that had some noticeable slowdown with the framerate. It doesn’t make the game unplayable, but it can be a burden for a few seconds. A number of grammatical errors within the cutscenes and menu screens also detract from the experience, though it oddly makes the game a little more of an endearing homage. Still, I wouldn’t mind some proofreading this time around in an update.

I am the Hero is a little on the short side, clocking in at around two hours for a normal playthrough, but this game encourages multiple playthroughs through the use of the unlockable system as well as harder difficulties that will challenge you to improve on the simple yet strict gameplay. Want a fun challenge? Critical mode makes you deal critical damage at the cost of any hit to you being fatal. In addition, there are a couple of extra modes with leaderboards that task you with beating up either endless waves of baddies or harder one-on-one fights with different opponents. They’re fun little diversions that add to the overall package; throw in some local multiplayer with up to three people total, and you’ve got a solid package for your beat-em-up buddies.

I Am the Hero

I am the Hero is a short and sweet beat-em-up that mixes an accessible yet comprehensive gameplay system with some challenging gameplay and unique aesthetic. Pick this one up if you’ve got a hankering to destroy the forces of evil with punches and kicks!

Elisha Deogracias is an aspiring accountant by day, freelance writer by night. Before writing for Gaming Trend, he had a small gig on the now defunct Examiner. When not being a third wheel with his best friends on dates or yearning for some closure on Pushing Daisies, he's busy catching up on shonen manga and wacky rhythm games. Mains R.O.B. in Smash. Still doesn't know if he's a kid or a squid.
Related Articles: I Am the Hero, Indies
Share
Tweet
Share
Submit