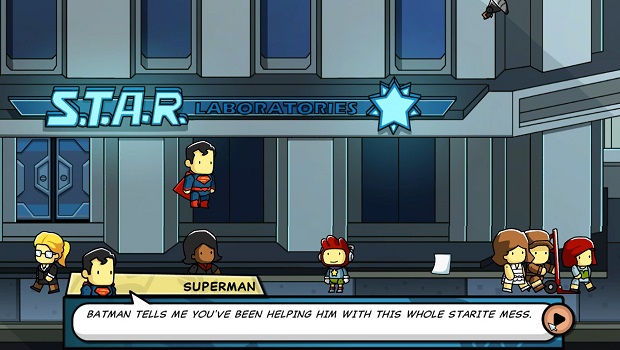 I had high hopes for Scribblenauts Unmasked. From the original DS title, the Scribblenauts formula struck a chord with me. A puzzle game at its core, the original Scribblenauts let you imagine your own solutions instead of relying on the environment or other game elements. In a move that few other titles are able to make, the franchise even transitioned successfully to other platforms with Scribblenauts Unlimited. When I first loaded up the latter title on my PC, I was surprised at how much larger and more detailed the worlds had become. Add in the epic characters and locales from the DC Universe, and I was sure Scribblenauts Unmasked would keep the streak going, perhaps even topping its predecessor. But with superpowers come super responsibilities, and Unmasked doesn’t quite clear the bar set by earlier games.

[singlepic id=16461 w=320 h=240 float=left]This is not to say that the title strays too far from DC lore; in fact, the depth of DC content represented in the game is one of its best features. The game begins with our protagonist Maxwell and his twin sister Lily crashing into Gotham, thanks to a malfunction with Lily’s magic globe. The Starites that give the globe its power were lost in the fall, and the driving force of the story is Maxwell’s attempt to retrieve the Starites and keep them out of the hands of his evil clone Doppelganger and various familiar DC villains. In the course of this journey, Maxwell traverses many other locations throughout the DC Universe, including Metropolis, Wayne Manor, the Fortress of Solitude, and Oa, teaming up with pretty much every DC hero you can think of and a few that you probably can’t.

An in-game Batcomputer encyclopedia provides background information on everyone from the Green Lantern Corps to the Teen Titans, with wiki-style contextual links allowing you to quickly access related information. This isn’t purely fan service for DC diehards; it often offers hints about a villain’s biggest weaknesses or most threatening enemy, allowing you to narrow down which objects or heroes to conjure from your notebook. The selection of heroes is equally impressive; writing “Batman” in your notebook provides you with six pages of different options to choose from. Whether you prefer Batman as he first appeared in 1939 or the Batman of Arkham, Scribblenauts Unmasked has your bases covered. It’s not just the big guys, either; there’s a treasure trove of minor and obscure characters to scroll through as well. A little later in the game, you can even craft your own superheroes with unique costumes and traits. All told, there are a few thousand iconic DC heroes and objects at your fingertips.

[singlepic id=16469 w=320 h=240 float=right]But once you look past the (admittedly tantalizing) DC veneer, the gameplay leaves much to be desired. Although the franchise’s core elements remain intact, I can’t help but feel that the challenge and creativity that made the earlier Scribblenauts titles so much fun to play has been somewhat neglected here. Instead of expanding to match the epic scale of the DC Universe, Scribblenauts Unmasked feels smaller, more limited, and less interactive than the previous game. There are seemingly thousands of objects to play with but, with a few exceptions, not much room or impetus to do so.

This is despite the fact that the developers have taken a number of positive steps to encourage and reward creativity. You can no longer simply summon an “Angry Giant Flying Hipster Dinosaur” to deal with all of your problems; repeatedly using the same words in your notebook nets you fewer points. Similarly, using easy-mode adjectives like “invincible” for yourself or “dead” for your enemies is penalized. On the other hand, accepting additional challenges from Mr. Mxyzptlk like only using objects that start with “A” or not using any adjectives to complete a level will reward you with double the points. Your points are used to unlock new areas, costumes, and additional options for your custom heroes.

[singlepic id=16459 w=320 h=240 float=left]Because of the story’s focus on defeating supervillians, this game emphasizes combat more than any other in the series. This is not necessarily a bad thing; having to imagine an object that will give you the upper hand mid-battle forces you to think on your feet in a way that much of the rest of the game fails to. But the mouse and keyboard controls are rather clunky when it comes to combat, sometimes making it difficult to move and target enemies (particularly when you’re facing more than one).

The graphical style hasn’t changed much since Unlimited, with comic book-style cutscenes being one major addition. With that said, the game still looks good in that cutesy, cartoony way that is completely fitting of the Scribblenauts franchise and its family-friendly nature. Even the most fearsome DC villains look kind of adorable when drawn in the game’s characteristic style. The music, while somewhat darker than previous games, is equally fitting, and the sound effects are just as fun and quirky as the objects that produce them.

[singlepic id=16456 w=320 h=240 float=right]Where Scribblenauts Unmasked falls short is not in its fidelity to the DC Universe, but rather in its fidelity to its own. The storyline used to merge the two is slightly clumsy, but that can only be expected when combining two relatively disparate franchises. What I didn’t expect, though, was for the merge to be treated as a zero-sum game; where Unmasked expanded the depth and breadth of DC content, it has responded by limiting the scope and difficulty of the core Scribblenauts experience. Although particularly clever puzzles still elicited smiles and even laughter at some points, I felt less like I was writing my own comic book and more like I had been relegated to scribbling in the margins. 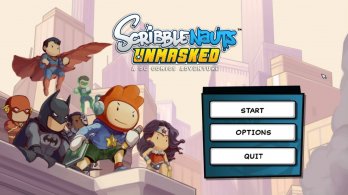 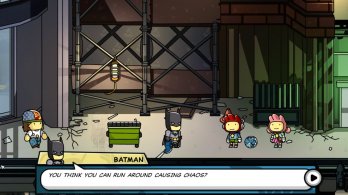 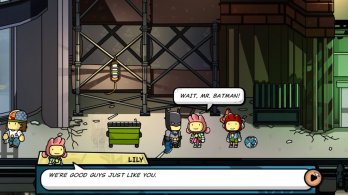 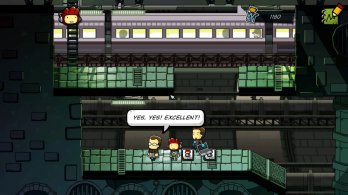 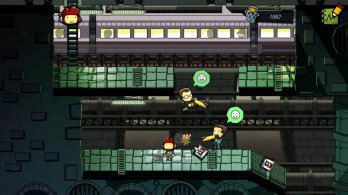 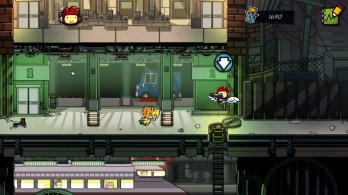 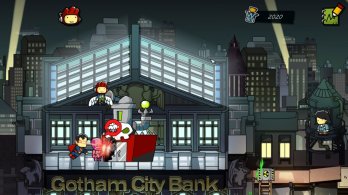 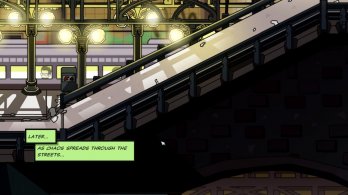 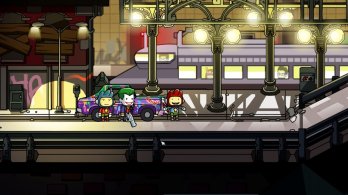 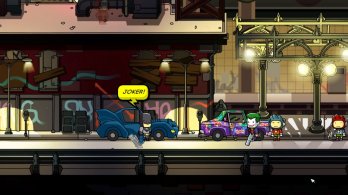 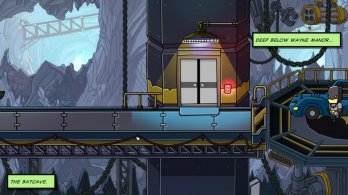 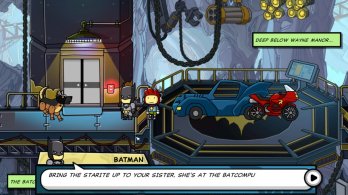 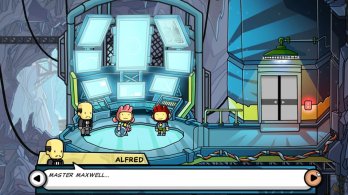 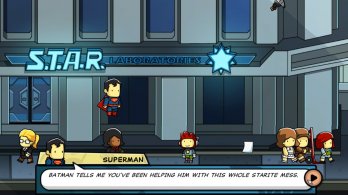 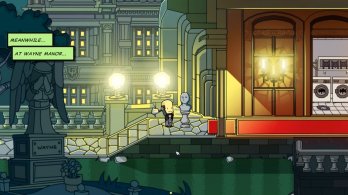 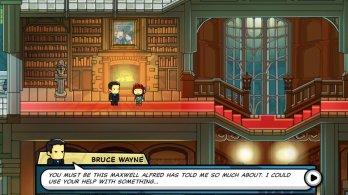 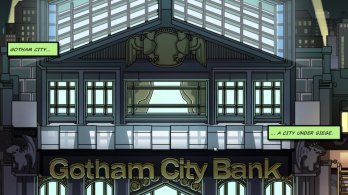 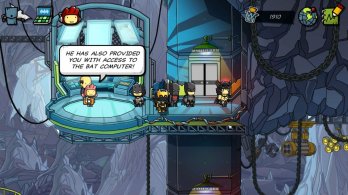