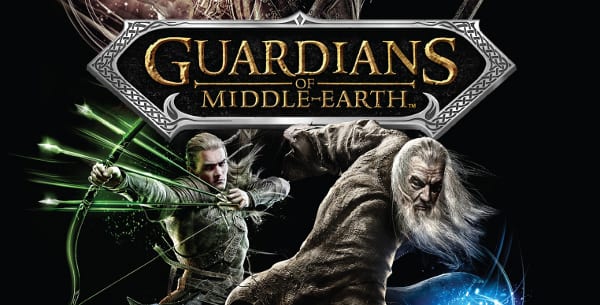 The multiplayer online battle arena genre (or MOBA) has been a phenomenon almost exclusive to PCs since it debuted in Defense of the Ancients years ago, as it requires fast reaction times and a point-and-click capability. But with Guardians of Middle-Earth, Monolith Productions (a group responsible for hits such as F.E.A.R. and Gotham City Imposters) aims to change that.

The most important thing to consider in Guardians of Middle-Earth is the game’s controls, which many will think doomed to fail on a console. While Guardians doesn’t bring many new features to the MOBA genre, Monolith had to come up with a control scheme for a MOBA without a mouse and keyboard, and I’m pleased to say they succeeded. Rather than a singular cursor that relies on a point-and-click functionality, Guardians of Middle-Earth utilizes cones and lines of attack that target all enemies within a given area. Players can rotate the cone or line around their body with the right stick or simply turn to face their target, and subject all nearby foes to their wrath. At first this can be difficult to master, and jarring to those with experience in MOBAs for the PC, but this unique functionality quickly becomes a tool for strategy. Some characters have larger cones or farther-reaching lines of attack, while others will trade a large attack radius for more power packed in each punch. The targeting system allows the player to strike at their foes strategically with nearly as much precision as a PC, and highlights the abilities of each character in how it functions. The remaining controls function much in the way that you would expect them to, with character abilities, commands, potions, and each characters basic attacks being fairly intuitive.

The gameplay in Guardians of Middle-Earth includes everything a player could ask for in a MOBA. With twenty-two characters to choose from, an in-depth loadout system, character rank with unlockables, a currency/purchasing system, three-lane and one-lane gametypes, and optional creatures to slay, Guardians is a MOBA through-and-through. There are even a few additions like upgradeable towers and upgrades for the bots that fight alongside you.

Three-lane battlegrounds are the bread-and-butter of MOBAs and Guardians will sound familiar to fans of the genre. Players are on teams of 5-v-5 with the goal of destroying the opposing team, the opposing team’s towers, and hopefully their main tower that lie deep within the enemy base. Ten points are granted per kill (with an extra point for the first blood to avoid any ties), and fifty points are given for destroying enemy structures( like towers or soldier spawns). If neither of the main towers have been destroyed after twenty minutes, a victor is decided by the scoreboard. Creatures of varying difficulty lie tucked away around the map that give characters buffs for defeating them, fountains are strategically placed that give teams buffs if they control them, and characters level up by playing well and gaining experience points. One-lane games follow a similar formula, but as there is only one lane things tend to play out a little more combat-based with higher risk and higher reward. Indeed, all of the bells and whistles that have dominated the MOBA genre are in play with Guardians of Middle-Earth.

The loadout system, on the other hand, has a lot to offer in the way of a unique gameplay experience. Players can buy potions (one time use items), equip commands (powerful abilities that share a cooldown), and far-more interestingly, equip relics and gems. Gems are equipped to each loadout and give a player stat boosts at different levels, depending on where you place them on your belt, and there are a ton of different gems to buy. This means that players not only have to decide which boosts they want, but what order they want them in, and approximately at what point in the game they think they’ll need them, and that’s just the beginning. The strategy is deepened further as relics are introduced. Relics are separate boosts that rely on gems to be used. For example, a relic may offer an additional twenty-five max health per level when equipped, but in order for the relic to work it will need three specific gems equipped to it, and all of those gems need to be active (which doesn’t happen until you reach the required level). If you’re confused, don’t worry–you should be. The loadout system can be dizzying at first glance, but as you rank up you’ll start to understand how it works. To give a broad description though, it ends up creating an interesting dynamic, as players will receive different boosts at different levels, depending on how they strategically developed their loadout. Some players will try to be strongest at the beginning of the game with easy-to-obtain relics and gain an early advantage, while other players will focus on being stronger at later in the game, with more demanding relics, but a greater payoff.

I mentioned earlier that towers and AI-controlled soldiers are upgradeable, and as one of the only unique features that Guardians brings to the MOBA genre, it tends to be an important one. As a player levels up, they’ll have access to progressively stronger upgrades. Towers will go from slow Guardian deterrents to AoE Guardian slayers or even heal your team, and soldiers will go from weak and small, to mounted warriors, and even to trolls or ents. Upgrading your bots and towers can make all the difference later in the game, and are a nice touch.

Guardians of Middle-Earth looks pretty great considering how much can happen at once on a screen. Lord of the Rings characters are lovingly recreated, complete with their weapon(s) of choice and attack animations that will make fans smile. Soldiers, boars, spiders, ents, and trolls scurry across the screen alongside players and do battle, while player characters launch deadly fireworks, summon hell hounds, fire barrages of arrows, and turn one another into wraiths. The landscapes can go from looking like the gentleman’s wars of eighteenth century to absolute chaos in a matter of seconds as players unleash barrages of attacks upon one another in an attempt to gain the upper-hand.

Although it features a disappointing amount of the familiar Lord of the Rings tunes that fans are used to, Guardians of Middle-Earth has a sound that suits it very well. In battle, sounds will chime and a narrator will announce successes or defeats on the battlefield, while soldier’s cries can be heard over the clanging of swords and slinging of arrows. But my favorite part is when the player characters rally the troops, warn of their own impending doom, or taunt one another, which adds to each character and oftentimes made me chuckle.

Sauron may be awesome, but he’s been beaten by a Hobbit before…

The characters in Guardians of Middle-Earth are varied in play style, and a lot of fun to take on. Hildifons (tactician class), the new hobbit character, is great at destroying towers and covering lanes in fire-based traps, but is weak, while Sauron (warrior class) can smash enemies to bits with his mace, but is slow and requires getting in close. Legolas (striker class) can take out enemies from afar, but is in serious trouble when faced with a nearby foe, while Gandalf (enchanter class) can hold his ground and survive dangerous offensives. More unique still is Gollum (striker class) who requires getting in close and is also weak, but can deal and incredible amount of damage in a short amount of time, and is so fast that he makes other characters feel elderly. The variety of ways one can play keep the game fresh and create some interesting dynamics on the battlefield.

After playing Guardians of Middle-Earth every day for the past week, I’m happy to say that the title is a successful attempt to bring the MOBA experience to the console.  Guardians isn’t the greatest innovation in strategy gaming, and might be difficult for newcomers to get the hang of, but it works and feels like a console-based Lord of the Rings MOBA should feel, and fans won’t be disappointed. Those who enjoy classics like DOTA or LOL won’t find a reason to go buy an Xbox with Guardians, but it will give those who haven’t play a MOBA yet (or just love Lord of the Rings) an opportunity to play one that is pretty faithful to the genre. For a price tag of fifteen dollars, Guardians of Middle-Earth will provide untold hours of online play for anyone with hopes of unlocking all the characters, gems, relics, and other surprises that Guardians of Middle-Earth has to offer. 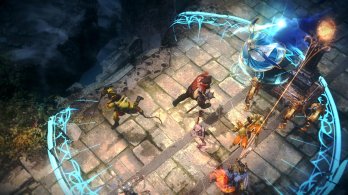 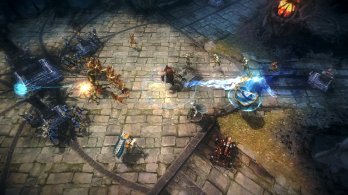 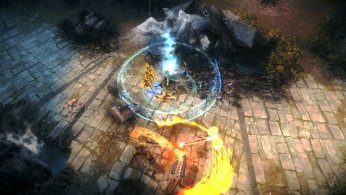