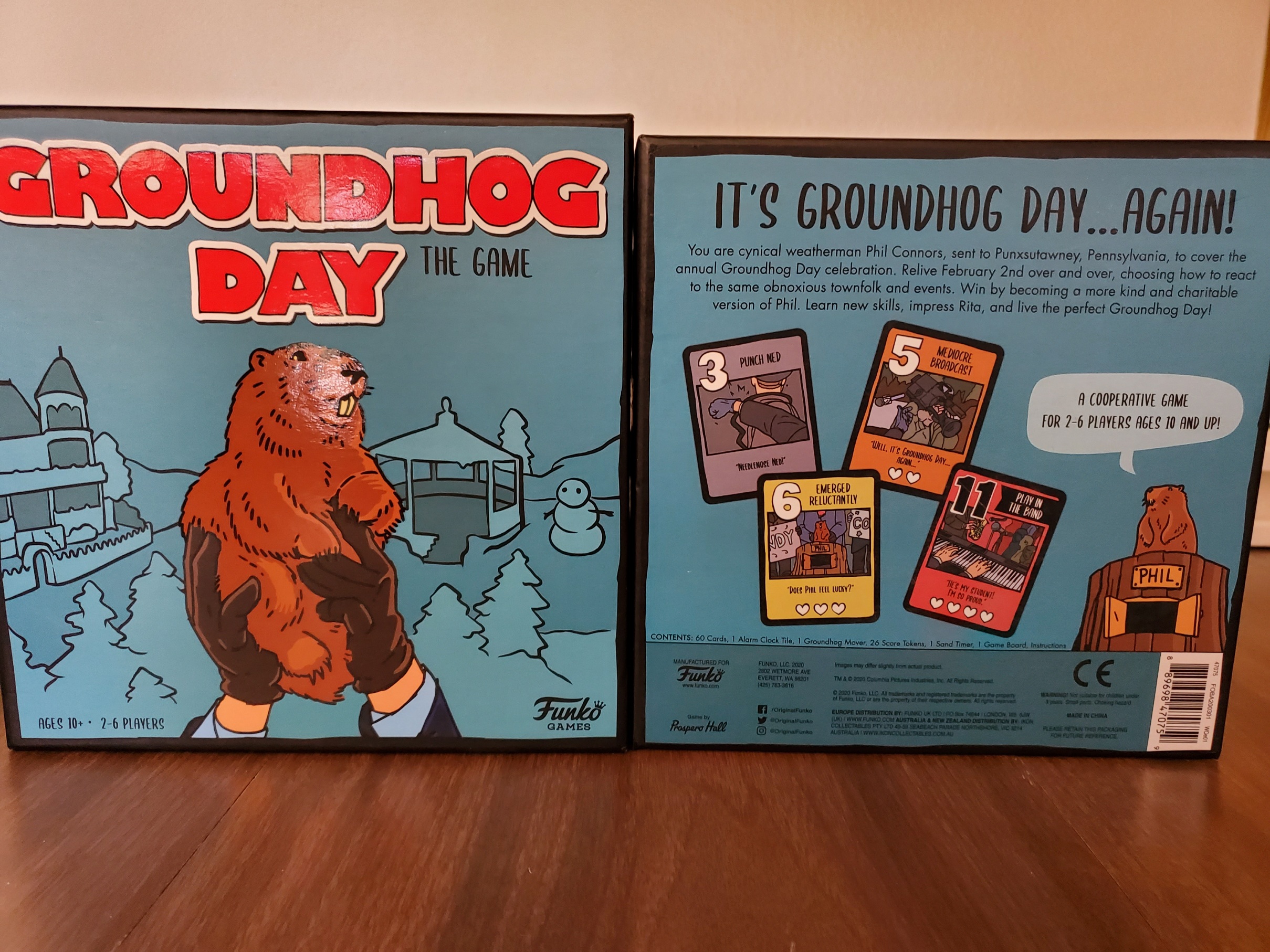 In Groundhog Day: The Game, 2-6 people are working together to try and create a “perfect day” for the lead character from the classic film, Phil Connors, by repeating the same day over and over again until they get it right. To create a perfect day, players will need to play 7 perfect suite cards in a round (a time looped day). However, there are only 12 perfect suite cards in the game, and only 6 start out in the deck. 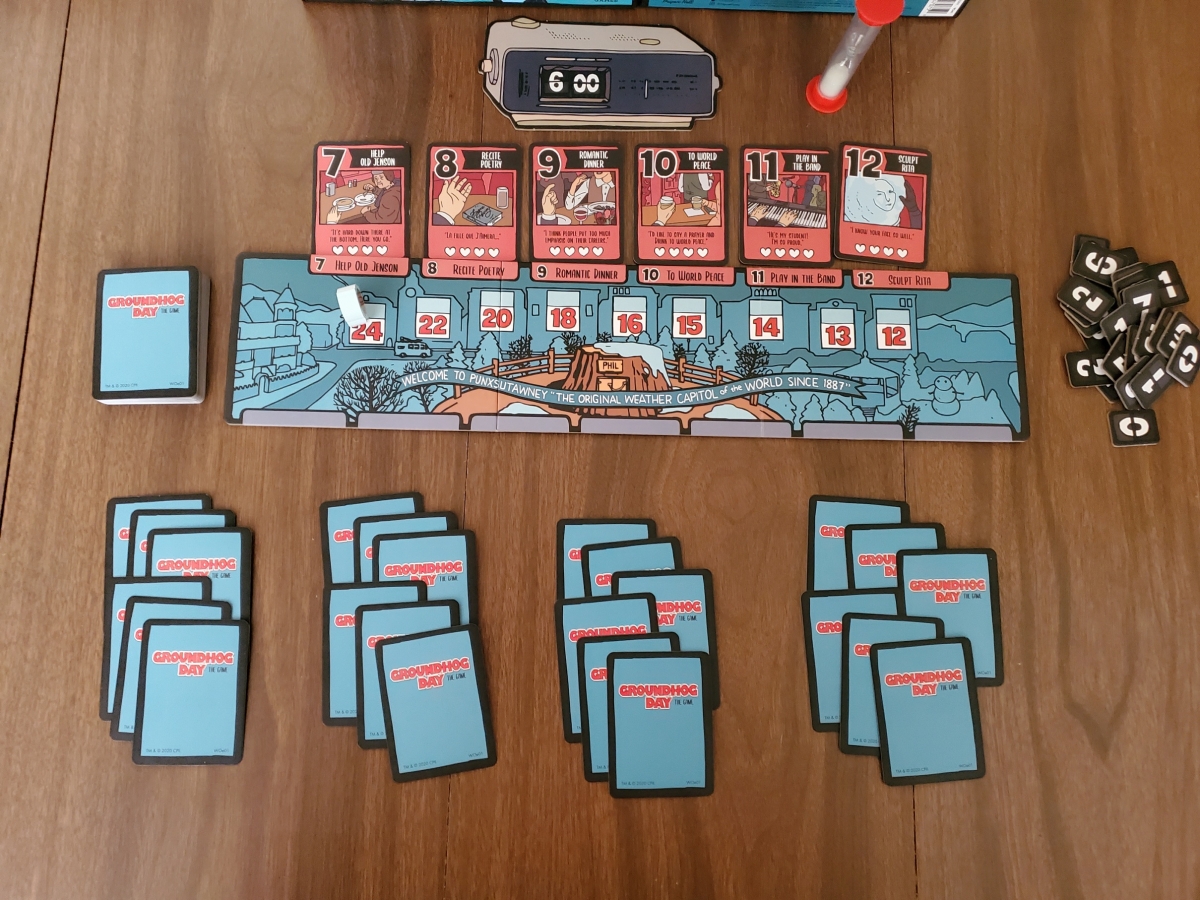 A round starts with the dealer shuffling the deck and then dealing out a number of cards indicated on the game board to the players as evenly as possible. 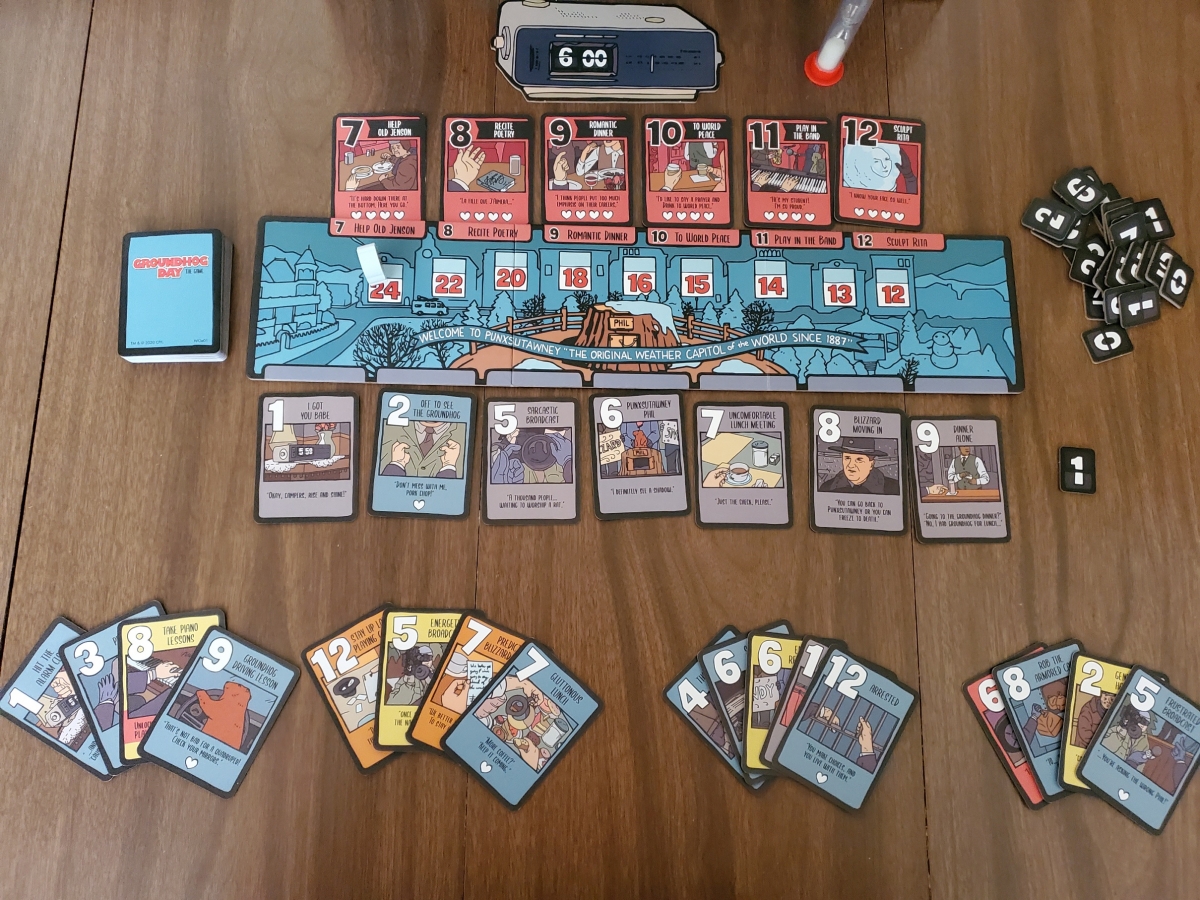 Additionally, each card has a suite, with a different point value per card (selfish 0, wild 1, nice 2, learning 3, perfect 4). At the end of every round, the 7 cards will have their point totals scored. If the point total of the round that was just completed isn’t higher than the prior round, the players lose the game.

Play continues until either the players play 7 perfect day cards in a row, or they lose. 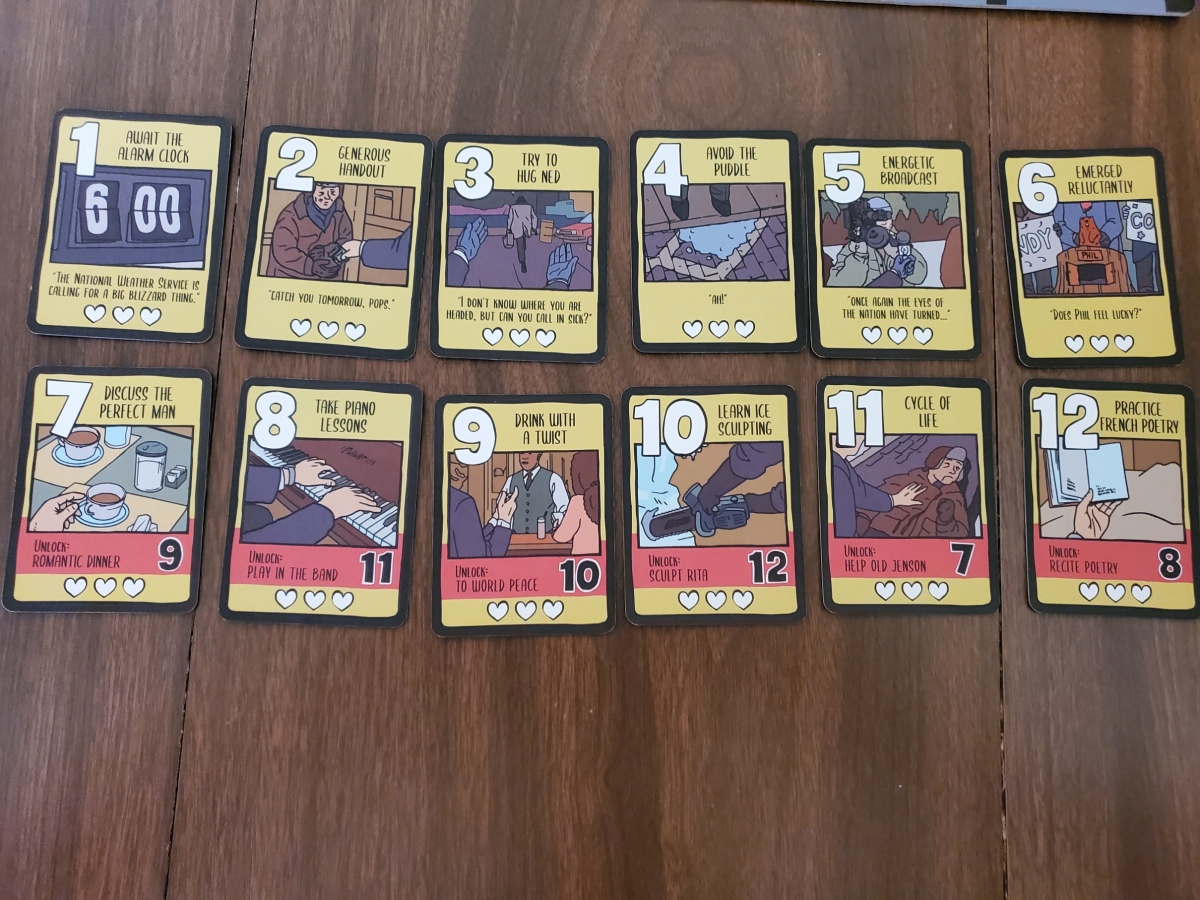 I really love this game. It’s quick, it’s simple, it’s fun, it’s highly thematic, and – even better – it’s cheap. For me, it has basically completely replaced the filler game slot The Mind used to hold. Groundhog Day: The Game has more gameplay factors to take into account. In The Mind, you are just trying to read the other players as to when to play cards in numerical order. However, in Groundhog Day: The Game, you also have to track the round timer, the current round, the value of the cards you are playing, the value of the cards you have played, how many perfect day cards are in the deck, and which learning cards need to be played. Even though it’s fast and straightforward, there’s still a good bit of dynamic data to track and crunch for a filler length game. Plus, I really enjoy the ability to talk and strategize with other players between rounds. The game’s art is stylized – but works pretty well.

If there is anything bad I have to say about the game, it will be related to the components. The cards are smaller than normal playing cards and feel a little cheap – almost like index cards. Also, the game’s box is ridiculously large: 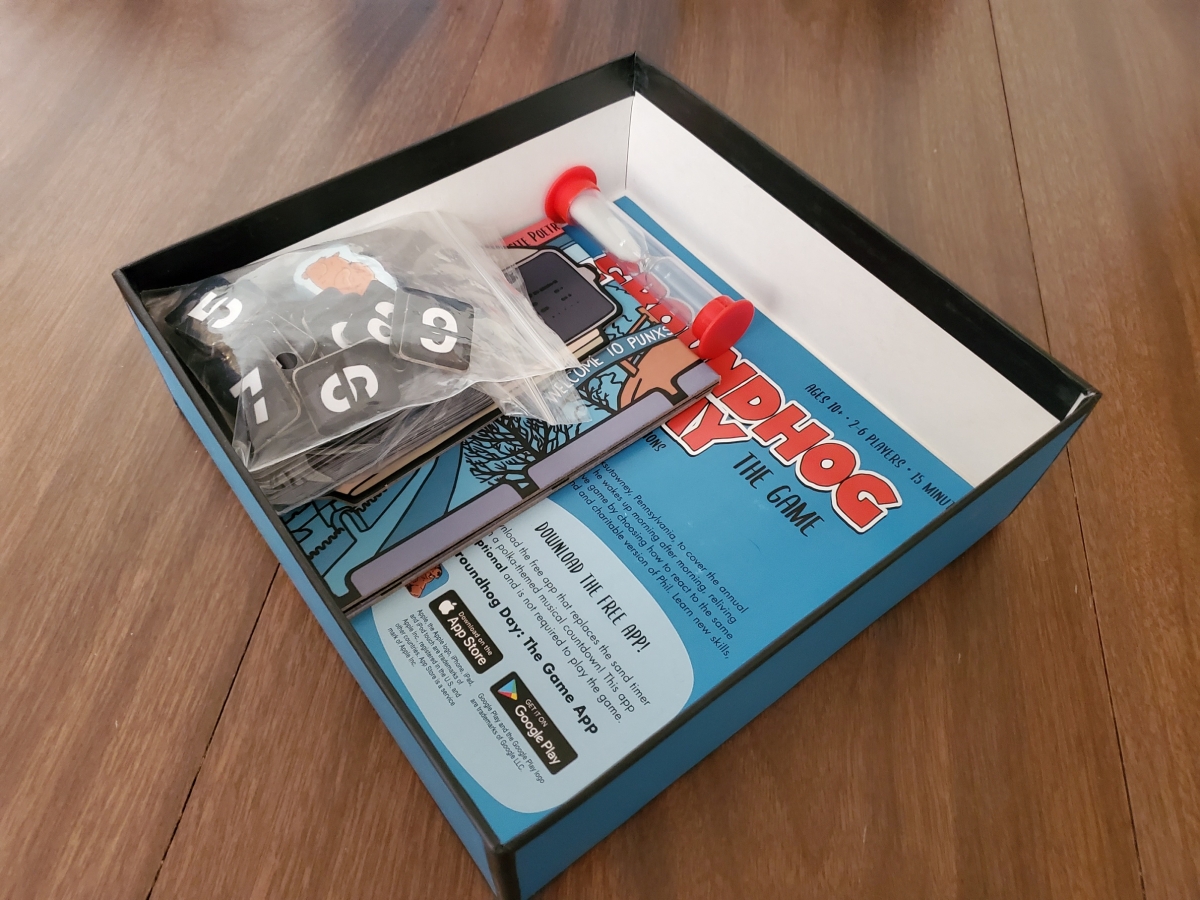 I really love this game. It’s quick, simple, thematic, fun, and cheap. Groundhog Day: The Game is a great filler game that seems to have gone completely under most people’s radar.

Dick Marshall’s love affair with gaming started when he was young, and never stopped. Some of Dick’s earliest memories involve playing chess with his dad and playing Missile Command on the Atari 2600. In a former life, Dick worked as a System Administrator, Software Developer, and Manager - among other things.
Related Articles: Groundhog Day: The Game, Tabletop
Share
Tweet
Share
Submit