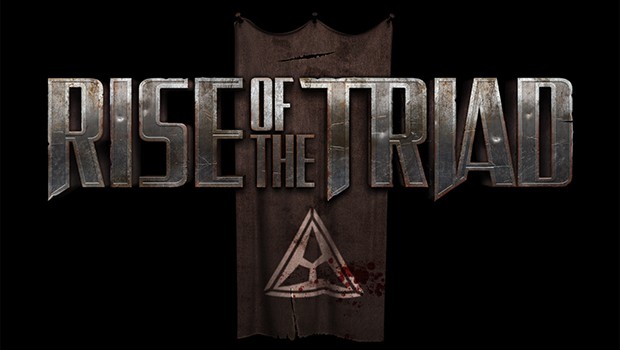 For PC gamers who reveled in the 90s, the name Apogee will surely evoke wonderful, nostalgic memories from shareware days past. The name is tied to such classics of the era as Commander Keen, Duke Nukem, and Blake Stone. But another game, 1994’s Rise of the Triad: Dark War, was part of a rush of first-person shooters that began in that decade. Many hold it near and dear to their hearts as the original shooter to popularize mouse-look, dual-wielding pistols, and ludicrous gibs.

Danish developer Interceptor Entertainment likely share this twinge of nostalgia, as they are now the fathers of an Unreal Engine 3-powered reboot of the classic shooter. Published again by Apogee, this iteration of Rise of the Triad is drenched in old-school wonder. Everything from the dangerous obstacles to the cheesy story makes a return in glorious HD. But much about this game that was fresh and new in the 90s comes off instead as dated and awkward today. There’s a lot here for the nostalgic gamer, but newcomers may be more difficult to convince.

Rise of the Triad pits a team of special ops soldiers known as the High-risk United Nations Task-force (H.U.N.T.) against a deadly cult on a Californian island, but there’s no need to know any more of the plot. At all times, your goal is to kill as many enemies as possible, collect coins for points, and make your way to the exit by any means necessary.

[singlepic id=14844 w=320 h=240 float=left]At the onset, you’re presented with five different characters to choose from before setting out on your journey. Each differs from the next as far as how fast they are and how much punishment they can take. As this game plays significantly quicker than most current-gen shooters, beginning with the slowest character is advisable. The fastest ones are reserved for the experienced speed junkie.

Beyond this, the gameplay in Rise of the Triad follows the archetype of the 90s shooter. The maps are sprawling and often maze-like, requiring you to hunt out keys to open the path to the exit. Corridor shootouts often occur with the occasional battle in a large room against a mob of enemies. All the while, you’ll be navigating dangerous hazards like fireballs and springing spike traps. Providing more than just landscapes for shoot-em-ups, the level design in this title presents deadly obstacle courses.

Carefully managing the traps in this game puts a unique spin on the otherwise paint-by-numbers shooting. Enemies are only half the battle, so if you allow yourself to get comfortable and run around like you own the place too early, you’ll pay for it in short order. Some of the obstacles can cause the most single-hit damage in the game; you won’t get many second chances.

That fact has a habit of causing a great deal of frustration in Rise of the Triad. Not because the obstacles are unreasonable (though they sometimes are), but because this title is puzzlingly missing a save-game feature. When you die, you’re sent back to a checkpoint that often feels like a punch in the gut. With so much of the old-school flavor in play here, it’s a strange decision to eschew the generation’s hallmark Quicksave function. And with how difficult the obstacles tend to be – particularly the dreaded first-person platforming sections – a save function could have quelled much of the frustration and made this game drastically more enjoyable.

In spite of this, there’s a twinge of ridiculousness through Rise of the Triad’s 10-hour campaign that keeps the mood lighthearted and fun. Blasting an enemy apart can result in the trademark eyeball flying into your view. Eating food for health will often result in a burp or flatulence; I’m not ashamed to admit that I chuckled at the sound more than a few times. Even earthly bothers like ammo and reloading are of no consequence here. Not only do the pistol and machine gun enjoy unlimited ammunition, but their clips are endless as well. Funnily, a press of the R button will still cause your character to stop shooting and load a new clip into the weapon, though it has no actual function. The more powerful launcher weapons do have a limited ammo count, though still no reload function is necessary.

[singlepic id=14845 w=320 h=240 float=right]The game is split into four episodes with five stages each, with each episode punctuated by a boss battle. These encounters may be difficult and occasionally overwhelming, but they represent some of the best of the old guard worth rehashing. Grand and intimidating, they’re more than just a shootout with your typical player-sized, powerful enemy. They’re also the right kind of difficult, challenging you to adapt and plan little by little until you’ve formulated the perfect strategy to dispatch them, resulting in a satisfying victory. And since the bosses are approached in their very own short level (rather than at the end of a lengthy one), the frustrating checkpoint system has no bearing on these battles.

Rise of the Triad is not without a fair share of technical issues. All levels feature bloom lighting that not only feels overused, it causes a serious performance hit and will cut deep into your frame rate unless you have an absolute powerhouse rig. Disabling it is strongly advised. It’s also not uncommon for your character to get stuck in the game’s geometry, requiring you to restart from a checkpoint. Enemy AI is awful; they simply file towards you with the exception of one enemy who will roll to the side when hit. Some even stand stationary allowing you to kill them unchallenged. And for some reason, it’s rare to hear enemy gunfire unless they are right on top of you, often making them difficult to spot.

One curious and consistent bug resulted in the game leaving a process running every time I quit. Consequently, attempting to re-launch caused a Steam alert, claiming that the game was already running. This process had to be force-ended every time the game was closed. Though, I tip my hat to whoever decided to name that process “Ludicrous Game.”

[singlepic id=14846 w=320 h=240 float=left]There’s a competitive multiplayer mode included, and it feels exactly as it should: fast-paced, exciting, and ridiculous. It’s stripped down, offering only Deathmatch, Team Deathmatch, and Capture the Flag, but it keeps it simple, stupid. Sure, it heavily rewards the person who is able to get to the most powerful weapon on the map first, but with so many great weapons at your disposal, you won’t have to worry about using that pistol for long. Pepper in some jump pads and crazy powerups like Dog Mode and you’ve got a pedal-to-the-metal battle just like back in the day.

Rise of the Triad is at once fantastically nostalgic and frustratingly dated. Mowing down enemies without reloading while collecting coins and avoiding hazards offers an old-school thrill the likes of which is seldom seen in the modern era. But the experience is marred by bad enemy AI and frustrating platform sequences, made worse by the lack of a save feature, which the checkpoint system absolutely does not make up for. Still, there’s an undeniable fun factor in play if you can forgive the potential rage-quit situations. Priced on release day at only $15, this game is a worthy, if flawed, tribute to the 90’s PC gamer that can be enjoyed by the old-school and new-school alike.