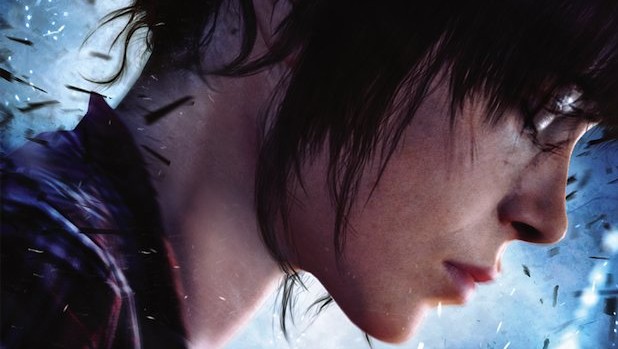 The press sheet for Beyond: Two Souls uses the phrase “emotional” nearly a half-dozen times. Special care was made to painstakingly capture the likenesses and actions of real life actors Ellen Page and Willem Dafoe. There are very few scenes where someone isn’t crying or in some kind of emotional pain. All of this is set on the backdrop of what is supposed to be one of the most heart-wrenching interactive stories ever told in video games.

So why do I find myself not caring?

Beyond: Two Souls is the latest in Quantic Dream’s quest to combine Hollywood-style filmmaking and the realm of interactive entertainment, and meets with varying degrees of success. From a technical perspective, it’s a fantastic achievement, featuring some of the most realistic motion-captured facial animations yet in a video game. Everything else, however, doesn’t quite meet those same standards.

[singlepic id=16532 w=320 h=240 float=left]Like previous effort Heavy Rain, Beyond: Two Souls is less a game, and more an interactive film. Playing like a modern day version of Dragon’s Lair, most “gameplay” consists of mashing or holding the right button or flicking the right analog stick when the proper prompt appears. Get it right, the next scene plays. Get it wrong and, well, the next scene still plays, but it’s a bit different. The controls work for the most part, but are most problematic during the choreographed fight scenes. Rather than throwing up on-screen directional prompts, you have to move the analog stick in the direction Jodie is either moving or attacking. It can be a bit hard to read at times, though it’s practically impossible to fail, and you can leave the controller untouched for large sections of the game and still end up progressing the plot just the same.

There’s just enough interactivity to be considered a game, but you’ll be spending most of your time watching the intricately rendered cutscenes throughout most of the eight or so hours you’ll spend “playing.” When Heavy Rain debuted, this style of “quasi-game” was new, different, exciting. Now, it just feels like more of the same.

Other than a few additions to the overall proceedings, Beyond: Two Souls feels strikingly similar in play to its predecessor. This time, in addition to controlling Jodie (Ellen Page), you also control Aiden, a ghost connected to her by some kind of spiritual umbilical cord. As Aiden, you’ll be able to move through walls, possess people, or move objects, all by holding down L1 and moving the analog sticks. There are moments where you will have to distract guards by knocking over trash cans, or take control of someone in order to gain access to some restricted area. It’s a bit arbitrary as to who or what you can interact with, as it’s entirely dictated by the scene you’re in, but it’s enough to change up the general QTE madness most of the rest of the game seems so obsessed with.

Beyond: Two Souls does a fantastic job of presenting the illusion of agency and urgency, though your input largely doesn’t matter in the grand scheme of things. Like Heavy Rain before it, Beyond reacts to your choices in some surface-level ways, changing up minor details or story beats here and there. It seems that your overall choices matter even less than they did in Heavy Rain, with your particular ending only determined by a few choices within the last hour or so of play.

[singlepic id=16534 w=320 h=240 float=right]Because the gameplay is so rudimentary, this entire experience rests upon the shoulders of its story, and honestly, it’s not terrible. Beyond: Two Souls follows fifteen years of the life of Jodie Holmes, and her literal connection to otherworldly spirit Aiden. Told out of sequence, you’ll watch as Jodie deals with her special circumstances, from living in a lab, to working for the CIA, to running from said agency. It’s a veritable roller coaster ride of emotion and excitement, even though much of the tension that should exist is lost because you can’t exactly fail.

Ellen Page turns in a solid performance as Jodie, and while her character seems the least developed, that’s mostly because her actions are largely dictated by your choices. You can decide if she opens up to her friends at a party, or if she falls in love, or how she reacts to specific lines of dialog. Willem Dafoe does about as well as you’d expect, playing Dr. Nathan Hawkins, a sort of surrogate father to Jodie as she spends time in his lab. Kadeem Hardison and Eric Winter also turn in fine performances, though their characters aren’t nearly as developed by the end of the game, leading to some questionable character interactions, specifically with Winter’s character. Overall, the performances are pretty good, and are a far cry from the hammy “Ori-gammy Killer” delivery of Heavy Rain.

Where Beyond: Two Souls truly succeeds is in providing the quiet moments between explosive chases or fight scenes. You’ll play with dolls in your room, try to make a date go off smoothly, go busking on a sidewalk. These experiences that highlight our day-to-day lives seem absolutely unheard of in a video game (who wants to pick up trash in their apartment, even virtually?) but they go a long way to humanizing Jodie’s plight. They’re something we don’t see enough in video games, and frankly, I wish we had more of them.

Unfortunately, it tries a little bit too hard to try to tug at your heartstrings, and pulls some pretty cheap tricks in the process to accomplish its goals. One part in particular resorts to using an attempted rape and quickly follows it up with an opportunity to exact incredibly gruesome vengance. It felt cheap and exploitative when they tried to pull this off in Heavy Rain, and it feels cheap and exploitative now. It’s a shortcut to get us to feel strong emotion for Jodie – this scene comes out of nowhere, with no explanation, and is tossed away just as quickly.

[singlepic id=16533 w=320 h=240 float=left]Quantic Dream is also pretty famous (or, infamous, really) for the third acts of its games – they’ve usually been quite terrible, especially in comparison to the rest of the game that came before. While Beyond: Two Souls features probably the most solid final act that they’ve ever put together, it still feels a bit half-baked. You go on a mission that has no real lead-up or explanation, and characters make some rather bizarre choices that seem to go against everything they’ve done up to that point. It’s as if they decided the plot needed a villain, so they fabricated one within the last hour or so of the game.

As a whole, Beyond: Two Souls’ story is decent, for a video game. That’s actually a sad statement, if you think about it – video games deserve better narratives than we’ve gotten so far, and this isn’t the game that will save our preferred medium from itself. And while Quantic Dream tackles subjects usually only handled within the realm of film, it lacks the grace, subtlety, and class of its celluloid counterparts to do it properly. Technically, it’s a triumph, with some of the best looking graphics and facial capture I’ve ever seen in a video game, but if you’re going to put so much emphasis on the story, it better be damn good, and honestly, it just isn’t.