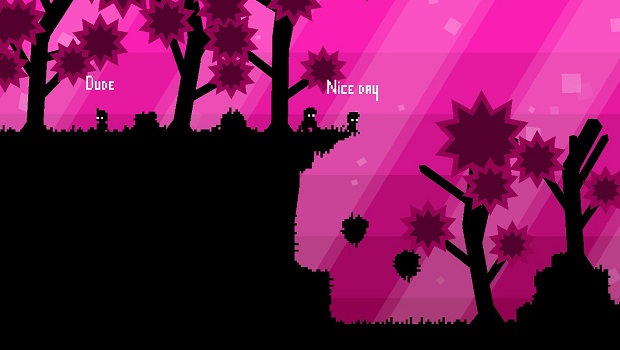 The earliest platformer games are decades old now, but the release of Super Meat Boy in 2010 started a new trend in the genre: so-called “hardcore” platformers, whose high level of difficulty is matched only by the high levels of euphoria, accomplishment, and/or relief that come with defeating each stage. Since then, any indie platformer that hints at offering an above average challenge is inevitably compared to Super Meat Boy, with few of them actually meriting the analogy. Electronic Super Joy is one of just a few titles that come close to measuring up.

[singlepic id=15830 w=320 h=240 float=left]The game starts off by giving you a little context; you lost your arm in the Disco Wars of 1515, an eye in the War of Rock n’ Roll, and both legs battling a DJ. More importantly, an evil wizard took your butt. The ensuing 45 levels of Electronic Super Joy are presented as your quest to avenge your lost buttocks. The game is divided into three worlds, with a multi-stage boss fight concluding each. You navigate through each level using the arrow keys and the only two skills at  your disposal: a vertical jump, and a downward smash attack.

Most of the difficulty and variety in the game comes from elements of the environment that are introduced throughout the game. You’ll have to combat stationary and mobile enemies who will kill you on touch, turrets that fire lasers and rockets at you, “sticky” walls that can be climbed with well-timed jumps, slippery floors that increase your speed as you traverse them, portals, low gravity, and more. These elements are combined in different ways throughout the game, ensuring that no two challenges feel too similar.

[singlepic id=15828 w=320 h=240 float=right]Although they vary in length, the levels are almost universally difficult and many of them are absolutely unforgiving in their demands for precision. As is to be expected of the genre, success relies on quick thinking and split-second timing of movement. Some levels add an additional challenge by automatically scrolling, forcing you to keep up or die. Fortunately, checkpoints spaced at regular intervals throughout each level load seamlessly, somewhat mitigating the pain the hundreds of deaths you will inevitably face.

As you would expect from a game about avenging your butt, the storyline of Electronic Super Joy is hilariously nonsensical. The first boss you face is the Pope flying a spaceship, and your ultimate goal is to defeat the Evil Groove-Wizard and topple his dictatorship. The game’s brutally hard level design and lighthearted writing style might seem like a contradiction, but I’m a sucker for bad puns and it’s good to have a laugh or two interspersed throughout parades of death.

Also helping to keep the “fun” in funeral is the high-energy electronic music pumping throughout the game. The soundtrack is definitely a highlight of Electronic Super Joy; I caught myself dancing along a couple of times, an impulse that did nothing to help my reaction time. Another thing to note about the game’s audio is the sensual moaning that inexplicably accompanies each checkpoint. Happy to have made it through a particularly difficult section of the game? Not nearly as happy as the men and women who apparently climax when you do.

[singlepic id=15826 w=320 h=240 float=left]The graphics are flashy, but think “strobe light” flashy as opposed to next gen. The highly stylized pixel art is fitting and pretty, but relatively simple in shape and design. This is presumably to avoid distracting you from the spinning, flashing, pulsating backgrounds. I’ve never been one to have a problem with headaches or eye strain when playing games, but Electronic Super Joy has earned its epilepsy warning label in ways that few games come close to. Combined with the music (and perhaps the moaning), you could almost believe the game was set in some trendy European nightclub.

In summary, if you’re looking for a game that will make you laugh, cry, dance, and then snap your keyboard in two, Electronic Super Joy might fit the bill. The game is fun and funny, but it’s incredibly hard; at times, the only thing keeping me from throwing my computer out of the window was hesitance to miss out on the rest of the awesome soundtrack. At 6-8 hours in length, Electronic Super Joy easily earned its $8 price tag for fans of hardcore platformers. 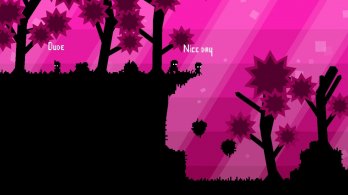 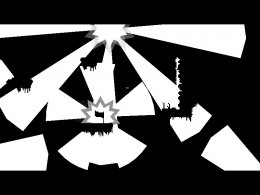 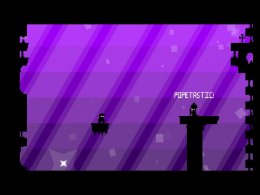 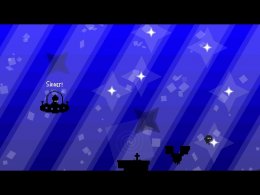 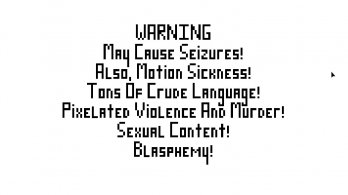 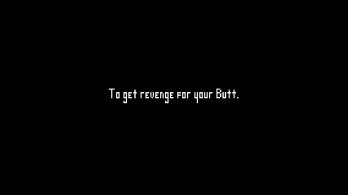