When it comes to dark, creepy, twisted stories, the video game medium is an excellent one to deliver such an experience and I eat them right up. I most likely developed a taste for such brooding games after I played the original Alone in the Dark on the PC back in the day. Over the years, titles such as Phantasmagoria, Resident Evil, Silent Hill, Max Payne, and The Darkness have only cultivated my desire for them.

For this reason, I’ve always been fond of the F.E.A.R series. Sure, mechanically and gameplay-wise the F.E.A.R games don’t quite add up to the heavy hitters on the market, the monotonous level design of the first game comes to mind, and let’s not even talk multiplayer. Nonetheless, I’ve been highly content with the series because what it lacks in gameplay it makes up for in atmosphere and story.

F.E.A.R. 3 actually goes a long way towards attempting to remedy its lack of prestige in the gameplay department, implementing a highly functional cover system as well as expanding its multiplayer offering considerably. My first impression with the game was bitter and disappointing – like kissing someone for the first time and their breath reeks of garlic.

Indeed, the first few levels in the game are an example of what the F.E.A.R series would be like minus its trademark atmospheric integrity. The game simply throws waves of enemies in your path while you are confined to terribly dull and somewhat convoluted level design. Fortunately, once you trudge through those first few beguiling levels things really pick up and our favorite crazy bitch, Alma, comes on in full force. No, seriously, this time around she’s pregnant and her damn contractions are destroying the world. Now that’s exactly what I wanted in my cup of F.E.A.R.

The action still centers around the use of the bullet-time (or slow motion) effect which is essential to your success in taking down groups of enemies, but the improved cover system adds a welcome and modernizing layer to the gameplay allowing you to peak around corners and slide from cover to cover. The gunplay remains as fast and furious as ever and the all the weapons are a pleasure to wield, each one is unique and useful enough that you won’t have a problem killing with your weapons of choice. Using the shotgun and the sniper rifle reveals the game’s true gore-factor as a point-blank hit with the shotgun basically makes enemies explode and a sniper bullet to the head will take the head clear off. Lovely stuff.

To supplement the bouts of high-octane action, often there will be scripted events that reflect the haunted psychosis of our protagonist (to be honest I’m not even completely sure who hell is in his head) which curses him with terrible visions. These visions are pretty much the coolest part of the game as they sometimes go as far as transporting you to another time and place altogether and making you, as the player controlling the protagonist, unsure of whether or not you are actually in danger. It’s an awesome effect that works immensely in the way of promoting immersion. To further the cause, the world of F.E.A.R. 3 is filled with terrifying sights and sounds that, with the lights low and the sound high, is sure to send at least a few tingles of fear up your spine.

One of my favorite aspects of the game are the enemies themselves. It’s nothing new for a shooter to have multiple races of enemies who not only want your skin but skirmish with each other as well, in fact it’s quite typical these days. Regardless, the enemies in F.E.A.R. 3 are entertaining to tango with thanks to the decent AI powering their virtual brains. The mercs themselves will attempt to flank, surround, and smoke you out, and when they feel overpowered they may even retreat and regroup. The real fun is facing off against the new zombie/demon race as they frantically barrel towards you wielding melee weapons and lunging towards you wearing bomb jackets.

The multiplayer takes a significant step forward this time around. The campaign itself can be played cooperatively, one player controls the main character and uses the standard weaponry as in the solo campaign and a second player takes control of the main character’s brother, a demon-like fellow who has his own unique set of powers (he also plays a major role in the story), the primary of which is being able to take full control of enemies. When playing in this mode, the two players will also be competing against each other for points adding a touch of sibling rivalry into the mix.

The rest of the multiplayer consists of a mix of highly entertaining modes that both pit players against each other and put their lives in each other’s hands. None of the modes are what you would consider standard affair, there’s no bare bones death match or capture-the-flag modes, instead the concentration is more about survival with interesting twists unique to F.E.A.R. 3. My favorite mode is called “Contractions” which plays similar to Gears of War’s Horde mode. Up to four players will have to survive waves of enemies, gather ammo crates, repair barricades, and avoid the evil glare of Alma who stalks around the map in search of hapless victims. All in all the multiplayer is outstanding.

It’s clear in F.E.A.R. 3 that the developers wanted to take the series into the modern warfare era (no pun intended), the sheer level of horror from the past games has been turned down a few notches in exchange for a shooting experience more akin to the big boys on the market. Certainly there’s a delicate balance between delivering an atmospheric experience to a more action-oriented one, and I believe F.E.A.R. 3 strikes that balance about as well as anyone could have expected.

As a fan of the series, I’m satisfied with the single-player campaign as it successfully delivers what I consider to be the essentials elements you’ve come to expect from it. To top it off the multiplayer is well-designed and a barrel of fun to play, adding a considerable amount of legs to a game that most expected to be squarely focused on its campaign. It may not be the most epic shooter experience out there, but F.E.A.R. 3 eloquently satisfies its niche by giving us a refreshing alternative to the played out machismo theme in most of the shooters out there. 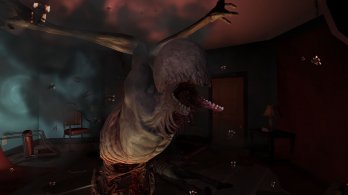 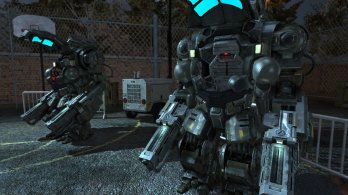 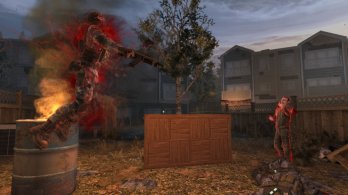 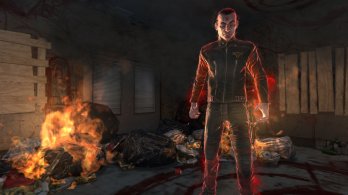 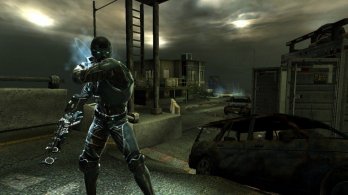 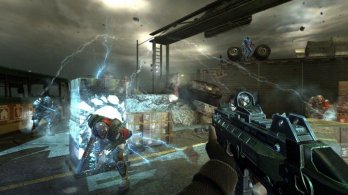 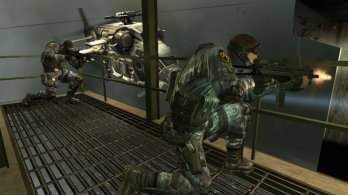 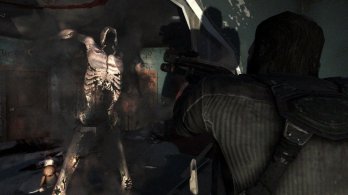 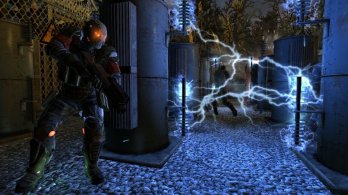