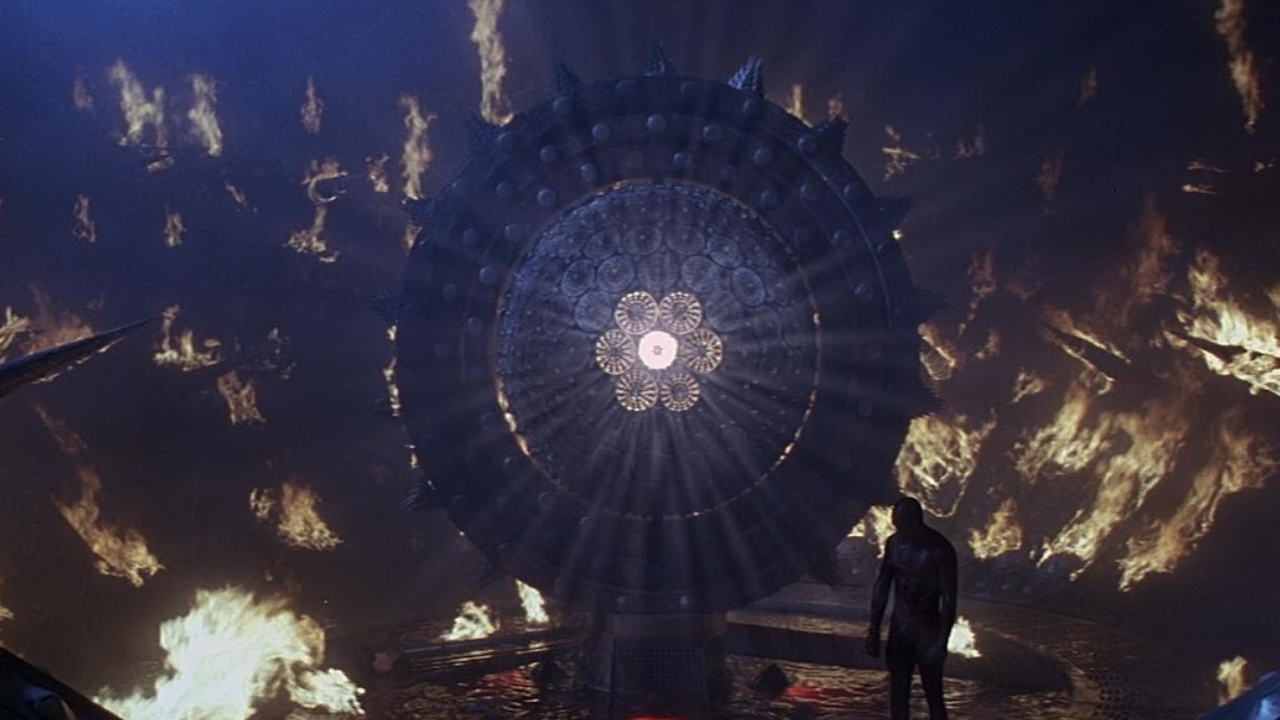 There’s no doubt that the terrors of space are as infinite as they are vast. We simply don’t know what lies beyond the beyond, with the only thing being worse is what happens when something comes back from the edge of the veil. Such is the fate of the research craft Event Horizon. Tasked with testing an experimental gravity drive capable of creating a rift in the space-time continuum, the Event Horizon disappeared on its maiden voyage. Now seven years later, the rescue vessel Lewis and Clark has received a distress signal for the lost ship. What they find is beyond hell itself.

Event Horizon was not a particularly well received movie when it was released 25 years ago, but that just demonstrates how little critics understand good cinema. Now, the movie has received the royal treatment from Paramount, getting a 4K remaster and a steelbook release, and I couldn’t be more excited to descend into madness once again.

First and foremost, Event Horizon is not short on talent. Starring the likes of Lawrence Fishburne, Kathleen Quinlan, Joely Richardson, and Sam Neill, the film is chock full of solid writing. With a thin 60 million dollar production budget, it also sports some fairly excellent effects for the time. Paul W. S. Anderson (of Resident Evil fame) tackled this one early in his career, and frankly I consider it to be one of his best films. Jump scares, gore, and genuine terror are on full display here, offering up some real lasting nightmare fuel. It’s downright unsettling in parts, and I was excited to see it presented in cinema quality.

I went diving into my library and realized that my last upgrade for the film was from VHS to DVD. I must have missed out on the Blu-Ray release, so jumping to 4K is a monumental upgrade. Presented in 2:39:1 HEVC 4K (thanks to the 35mm source film), and upgraded to High Dynamic Range color, the movie looks magnificent. The movie is naturally dark, and these moments no longer suffer from tiling, being presented with pure and inky blackness in the dark corridors where horror lurks. HDR adds to the depth and richness of the colors, though it does make some CGI effects stand out a bit more than they otherwise would. 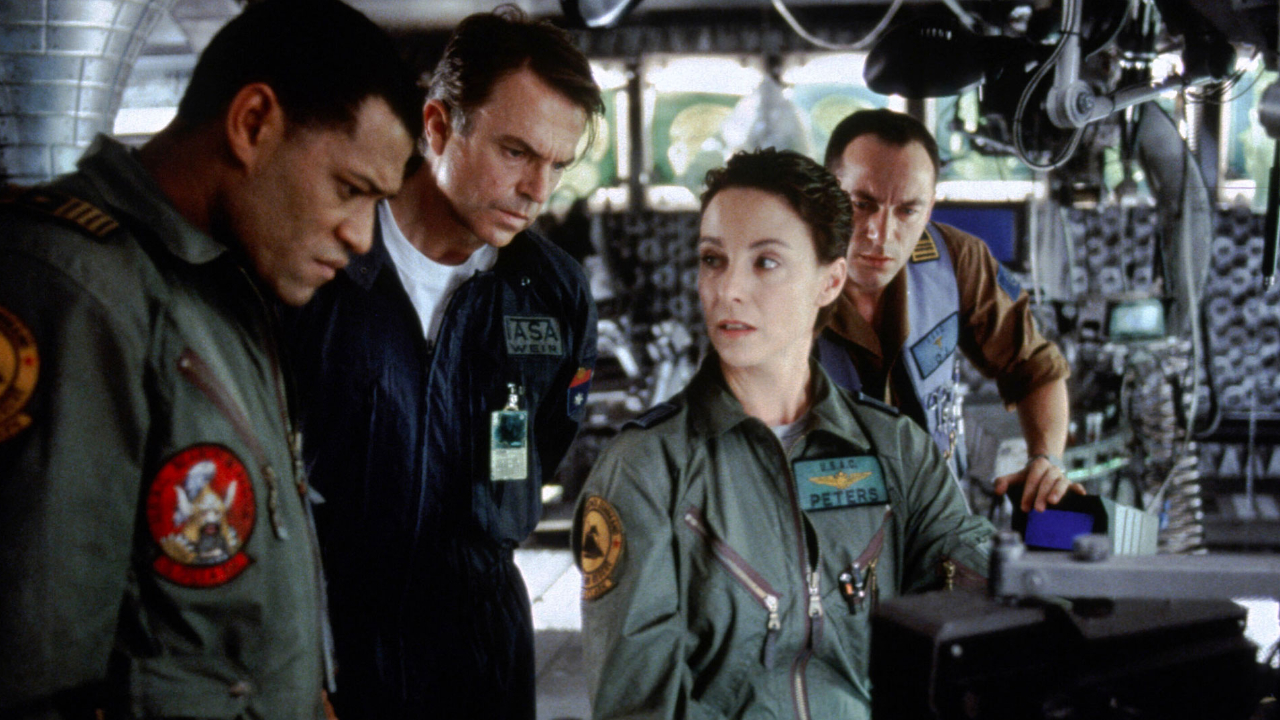 The audio track for this 25th anniversary edition of the film is Dolby Digital 5.1 in German, Spanish, French, Italian, and Japanese, with the English version getting the full upgrade to Dolby TrueHD 5.1 (48kHz, 24-bit). For those that prefer them, you’ll also find subtitles in all of those languages, as well as an English SDH to round things out – perfect for catching those disturbing Latin translations throughout the film. Frankly, I’m surprised to not see the royal treatment with a full 7.1 encode, but what’s here is crisp and clear. I have to say, the big moments of the movie are punctuated by some serious rumble, so strap in for some big sound in just about any space. While it’s great to get the entire list of subtitle options, the dialogue track is very clear and pushed forward, ensuring you can catch every bit of that center track. It’s a solid mix, and a real highlight for the release.

It’d be completely unfair to compare my DVD release to this 4K one, so I ponied up some dough and watched a streaming version of the film – clearly a digital copy of the 1080p release from 2008. There is a significant improvement in the overall visual fidelity with this newest release, especially in the darker moments of the film. The grainy darker portions have been completely cleaned up, and the scenes where the team are meeting up in the film’s brighter moments are now clear and clean. Skin looks gorgeous thanks to the Dolby Vision color grade, moreso when…and sorry for the visual here, skin has been removed, making the movie feel even more grotesque in the end. I’m happy with the restoration work – like previous efforts from Paramount, all of the pops and encoding tiling is simply gone, resulting in a film that looks almost brand new. 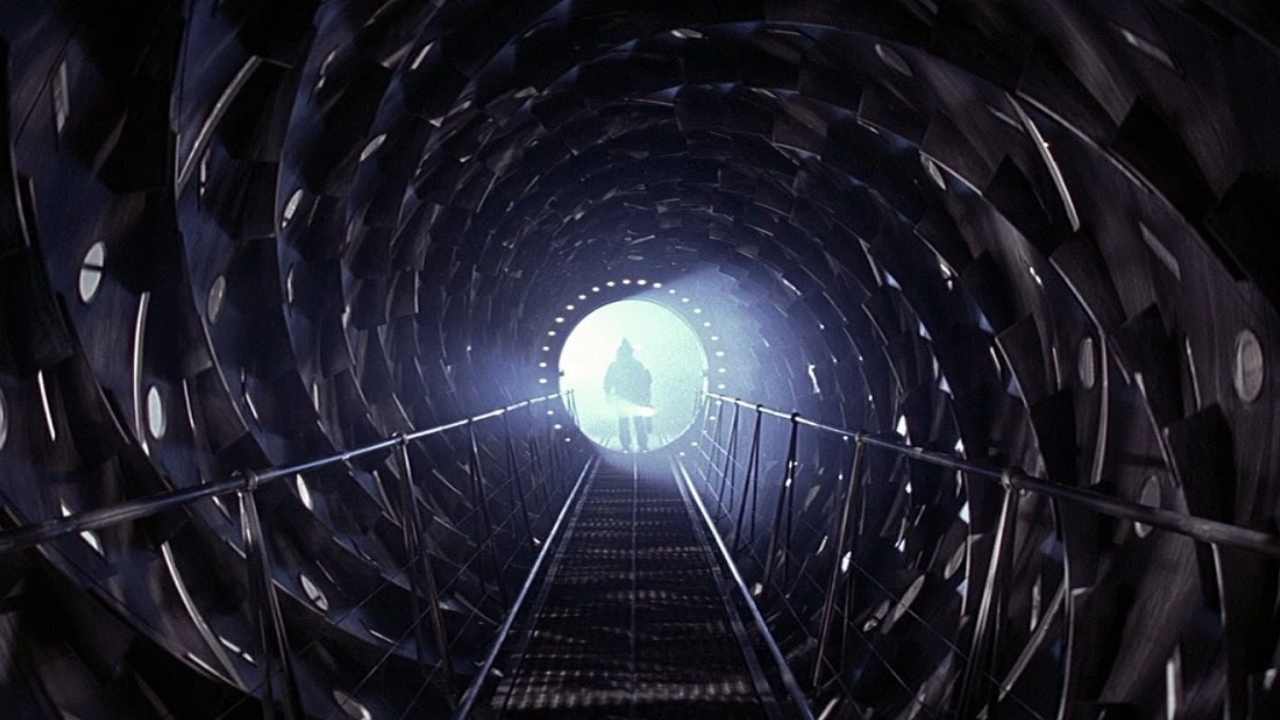 In terms of special features, the disc sports quite a few that were present on the DVD, as well as some that are new to me, but will be familiar to those who upgraded to the original Blu-Ray release. Here’s the rundown:

It’d be nice to see a fresh feature for the 25th anniversary, but what’s here are a few peeks behind the scenes. 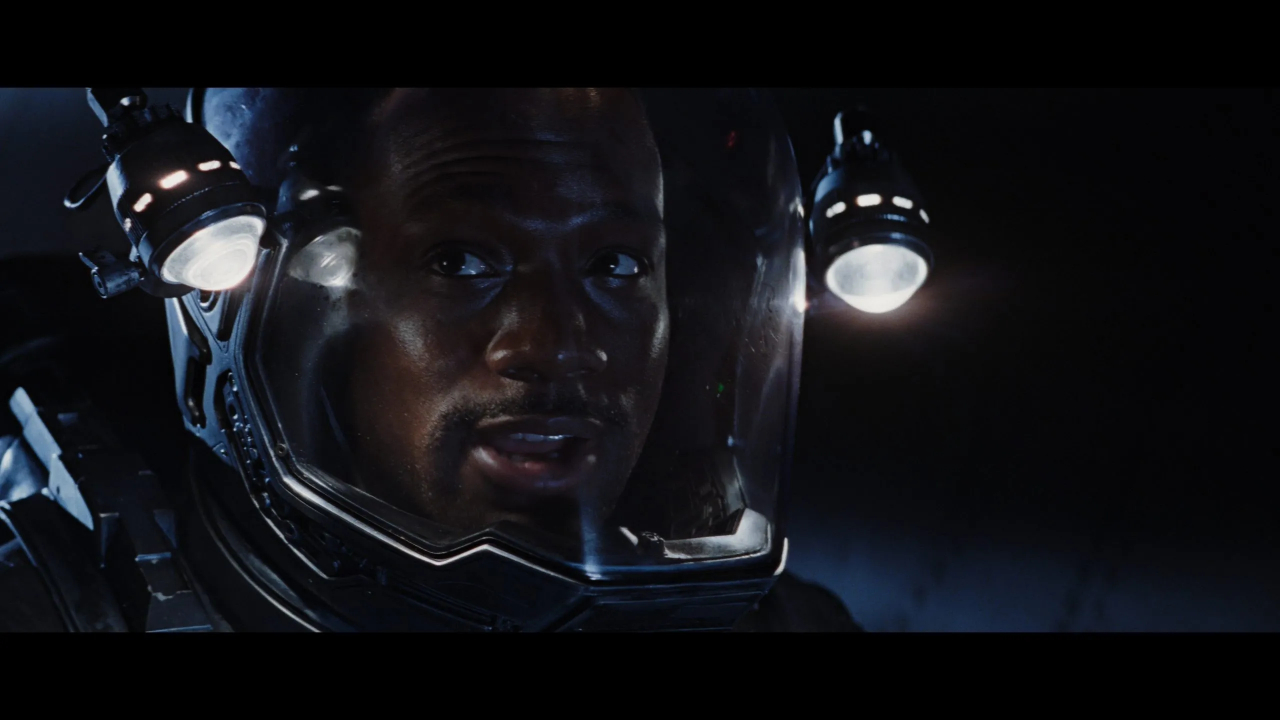 In the end, my only complaint with this skillful remaster to 4K is the audio presentation. It’s the same lossless encode present in the 2008 version of the film, so it does little to take full advantage of modern hardware. It’s not anything that should dissuade you from picking up this masterful rebuild of Ander’s best work in the horror space, but it’s not going to push your hardware like other recent 4K releases. It’s a minor nit in an otherwise fantastic release.

With a skillful visual overhaul, this 25th Anniversary Steelbook edition of Event Horizon is a visual treat. While the audio is ported directly from the 2008 Blu-Ray version of the film, this is a must-have for any horror fan.

Ron Burke is the Editor in Chief for Gaming Trend. Currently living in Fort Worth, Texas, Ron is an old-school gamer who enjoys CRPGs, action/adventure, platformers, music games, and has recently gotten into tabletop gaming. Ron is also a fourth degree black belt, with a Master's rank in Matsumura Seito Shōrin-ryū, Moo Duk Kwan Tang Soo Do, Universal Tang Soo Do Alliance, and International Tang Soo Do Federation. He also holds ranks in several other styles in his search to be a well-rounded fighter. Ron has been married to Gaming Trend Editor, Laura Burke, for 21 years. They have three dogs - Pazuzu (Irish Terrier), Atë, and Calliope (both Australian Kelpie/Pit Bull mixes).
Related Articles: Event Horizon
Share
Tweet
Share
Submit