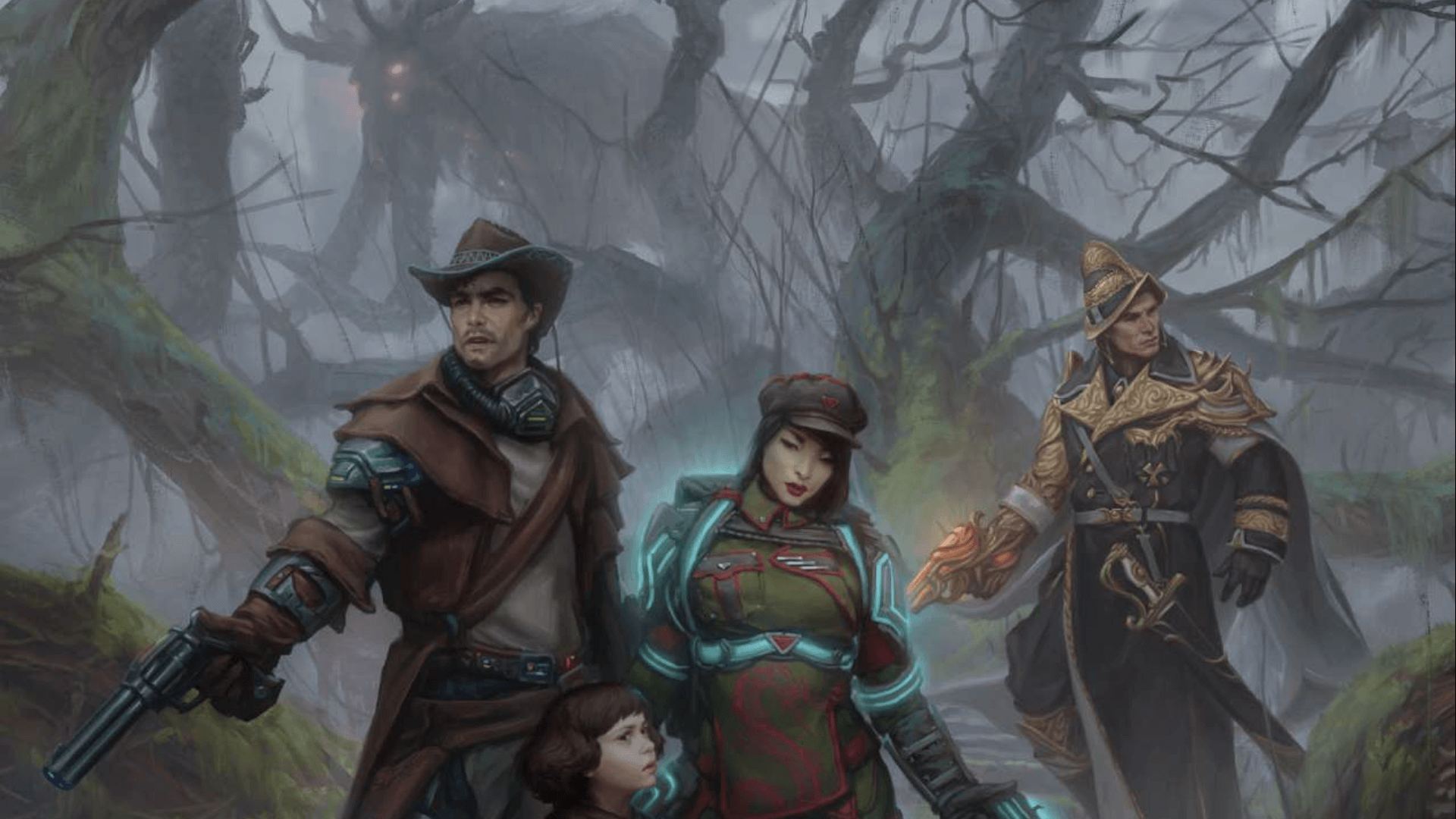 In an alternate history, the Great War woke a new horror, carried on the mists. It spread from the battle of Argonne and what it killed was lucky. The rest were warped; their minds and bodies twisted by an unseen hand towards the destruction of natural life. Eldritch Century, a setting book for 5e as well as its house Draco system, looks into a future ravaged by the mystery of the encroaching miasma. This retrofuturist/cosmic horror setting has high production value, comprehensive setting information, and maybe too much information for its own good.

Eldritch Century’s problem is a global one, as the miasma’s reach expands into the dwindling human population. The peoples have spread into vast factions vying for control of the remaining resources. This creates a great diversity of aesthetics for the book’s art, but also mechanically for your player characters. The book spreads itself wide over world cultures, supplying them with additional magitech flair. Are these depictions at times overbroad and these factions overly simplistic? Perhaps, but for ease of playability I can forgive some generalities. It’s not like Eldritch Century is skimpy on material. This is very much a complete package. This setting could support additional setting material or adventures, but the wealth of character options, setting information, and monsters makes the acquisition of Eldritch Century a more than reasonable purchase. 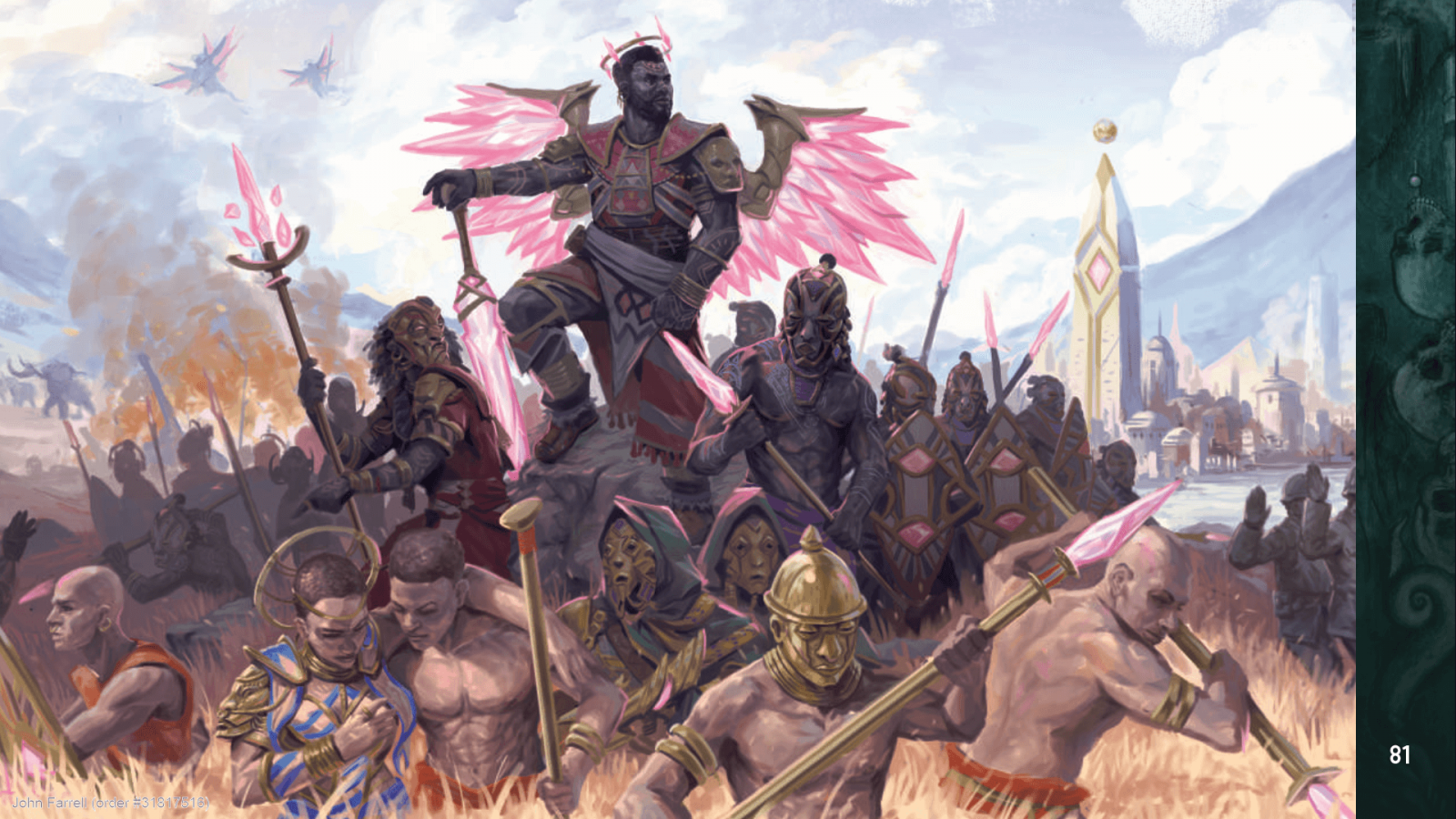 Between the player and GM books, this setting is packed with material. It is well organized and presented, but most of the text is not material you are likely to reference at the table, nor is it organized that way. You may not practically need this much detail to the identities and functions of each faction, but it’s there if you’re interested. It’s not always of consistent quality, with some influences pulled from niche historical figures and others, like the Atlantean Juan Galt, are closer to what you would have come up with at the table anyway.

The setting makes for varied adventure styles, ranging from treasure hunting to investigation to espionage. This variety is bolstered by mechanical character options, with eight new classes all modified by their faction. Factions essentially function as races, replacing subraces with regional bonuses. The new classes are more complex than their relative 5e counterparts, allowing for more choices with greater impacts on your playstyle. For example, the conqueror, a sort of warlord fighter, has a ton of versatility even in early levels. Their fighting styles level up over time, granting more than mere bonuses. The focus on world culture leads to some adventurous subclass archetypes, like an order of monks trained to ignore pain or a power armored samurai. 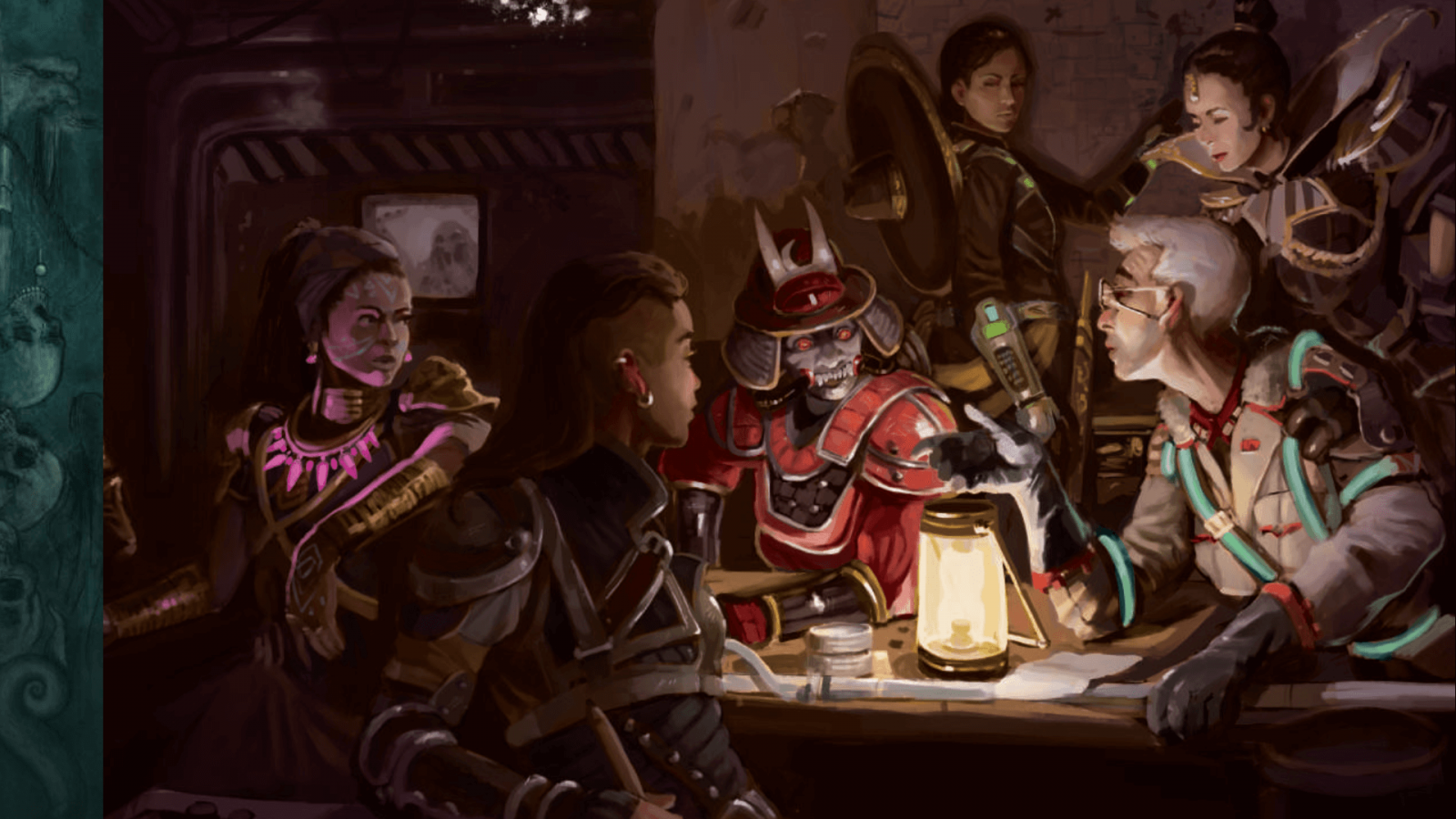 Mechanically, Eldritch Century states that it uses the Draco system, but in reality it is a very slightly modified D&D 5e ruleset. Characters have different skills and damage reduction but most interesting among these differences are the highly modular nature of your characters’ powers. As you gain levels, you also gain action points, which can be spent in greater quantities to modify or intensify your powers. These are distinct from Talents, feat equivalents with greater variety and usefulness.

The magitechnological equipment goes beyond weapons and armor, extending into a generous vehicle section for land, sea, or air travel in the wounded Earth. The GM’s guide also contains plentiful monsters and antagonists from a range of difficulty levels, once again cementing the completeness of this purchase. At least at first. Beyond the mid-point of levelling, the antagonists start to evaporate. It’s hard to complain about this however, as we all realistically know that no 5e game is meant to go past level 10 or so. The monsters range in creativity from genuinely horrifying archetypes of dread to…a deer with some tentacles on its face. 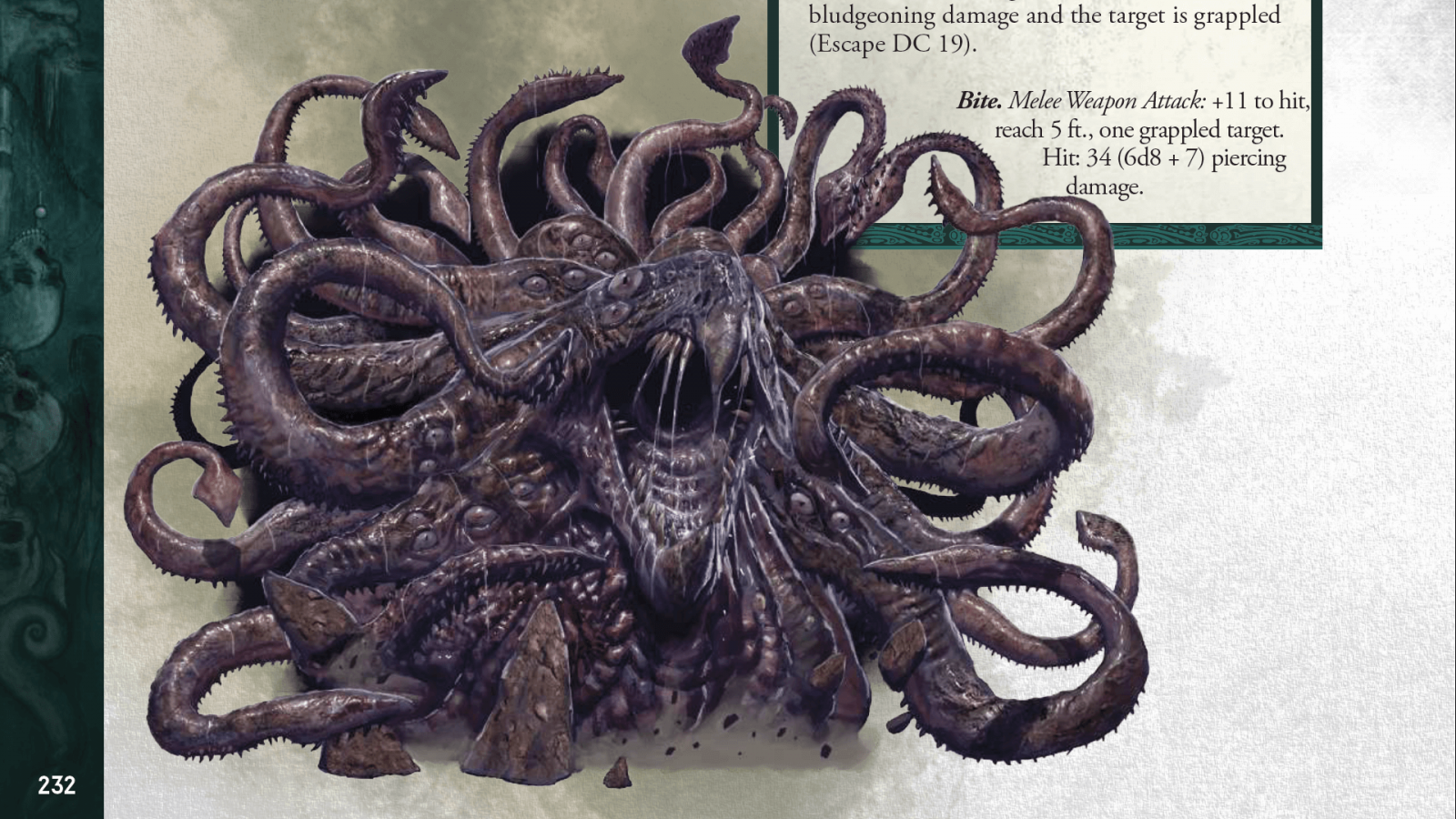 The books themselves display high production values, with inconsistent but imaginative art melding bold aesthetics, magitech, and body horror. The PDF bookmarks are less than perfectly useful, only consisting of the beginning of chapters and not including the names of chapters, causing referencing material to become an occasional chore.

Though Eldritch Century bares a lot of similarity to something like Rippers, it’s the depth and quantity of material helps make it stand out, not to mention the sheer imagination that comes from flipping through this book. Reading the GM’s section and peeling back the layers of both the setting’s horrors and its conflicting factions fill the mind with ideas of how to explore and challenge players, especially leveraging the threats of insanity and mutation that come with the warping miasma. I look forward to more time with this, and I hope it finds its audience. Standing out from the crowd of SRD material is difficult, but Eldritch Century more than justifies some attention with its completeness and its attention to detail.

Eldritch Century brings horror and exploration to a new land of alternate history earth. Its influences are clear, but the twists it brings with both setting and mechanics, not to mention the sheer variety of options it presents, compel me to come back to this game and bring some friends along with me, provided I can get them to sit down and digest the setting for a while.

John Farrell is a legal aid attorney specializing in domestic violence, living in West Chester Pennsylvania. You can listen to him travel the weird west as Carrie A. Nation in the Joker's Wild podcast at: https://jokerswildpodcast.weebly.com/
Related Articles: Eldritch Century, Tabletop
Share
Tweet
Share
Submit