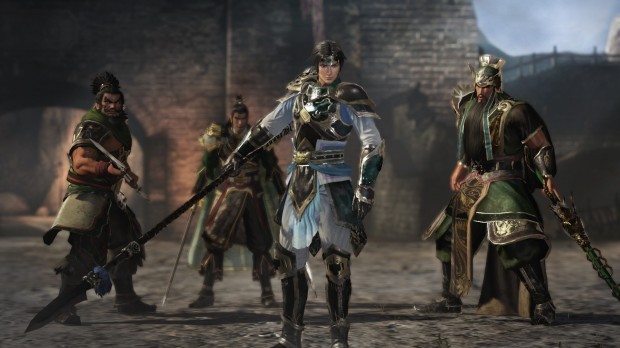 If you’ve ever played a game in the Dynasty Warriors series, then you probably know what to expect from Koei’s latest title: Dynasty Warriors 8: Xtreme Legends Complete Edition. Although it’s more of expansion for the core Dynasty Warriors 8 game than anything else, it’s also the debut Dynasty Warriors title for the PS4, and fans have high hopes riding on the next generation of the classic Three-Kingdoms Era conflict.

Dynasty Warriors 8: Xtreme Legends Complete Edition won’t surprise anyone—it’s still the same claymore-cleaving, physics-defying, over-the-top hack-and-slash that fans have come to enjoy. If you are new to the series, then the important thing to ask yourself before you consider coming aboard is: Am I the type of gamer that is okay with playing a game wherein a lone warrior stands surrounded by an army and then defeats them all by shouting really loudly?  If the answer is “yes,” then welcome to the club. If the answer is “no,” then go back to your copy of “The Last of Us” with your “story” and your “plausible reality.” Got it? Good.

The great thing about Dynasty Warriors 8: Xtreme Legends Complete Edition though is that it knows what it is. The storyline is terrible, the characters are one-dimensional, the voice-acting is heartbreaking, and some mechanics are downright annoying, but you can’t play this game for very long without cracking a smile.

This series’ mantra seems to be “MOAR,” and this title has never followed that mantra more closely. There are more enemies on-screen than ever before, more weapons to use, more stages to clear, more leveling-up to achieve, more difficulties to conquer, more characters to play, and more play-time than any other hack-and-slash that I have ever played.

So what’s different about the Xtreme Legends Complete Edition? Well, aside from getting a facelift on the PS4 console, it also includes the Xtreme Legends expansion, which contains an all-new Lu Bu storyline, five new playable characters, a new “Challenge Mode,” add-on content for the “Ambition Mode,” and a new, even harder difficulty setting called, “Ultimate.” The new content isn’t a huge game-changer, but they’re all nice additions.

The new characters bring the total roster of playable warriors from 77 to 82, not that the game needed it. The new Lu Bu story is short (probably no more than a few hours), but playing as a Demi-God and choke-slamming people is awesome. The new Challenge Mode adds some arcade-style mini-games and posts the highest scores onto a leaderboard, so that players can compete for the title of Ultimate Xtreme Dynasty Xtreme Ultimate Warrior…or whatever.

Even after you overlook all the seemingly intentionally bad things about Dynasty Warriors 8: Xtreme Legends Complete Edition, there are still some things that will disappoint you.  Probably its biggest flaw is what the game isn’t, rather than what it is, because absent from the title is the feel of a next generation Dynasty Warriors game. A lot has been added, but at its core, this isn’t a huge step forward in the series from the latest PS3 entry in the series. Visually, Dynasty Warriors 8: Xtreme Legends Complete Edition isn’t a huge improvement over the vanilla version of Dynasty Warriors 8, and some of the more annoying parts of the game weren’t addressed in this updated version. For example, characters shout the same two phrases after every officer they defeat, which I assumed would be corrected in this version of the game—sadly, it was not.

Dynasty Warriors 8: Xtreme Legends Complete Edition is a great buy if you haven’t played a game in the series in a while, and are looking for something to hold you over while you wait for the PS4’s library of games to grow, but for fans, this is not the next generation leap forward that you were hoping for.