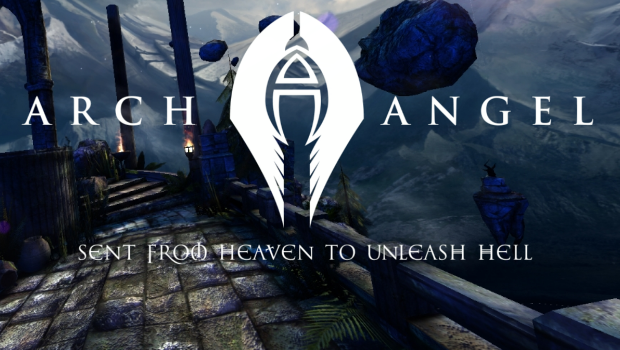 There’s a reason more people are starting to take their phones seriously as gaming devices. Not only are the games cheaper and accessible from virtually anywhere, but more and more studios are now investing the same level of time and effort previously reserved for consoles or PC. Archangel, released by Unity Games and Black Tower Studios, is a graphically impressive iOS/Android title that successfully captures a Diablo-esque experience onto a touchscreen device. It’s not perfect, but it’s a step in the right direction.

Archangel takes full advantage of the Unity game engine. It looks good, filled with popping, bright colors and detailed renderings. But the best thing about Archangel is its unique touchscreen controls, which are smartly implemented and effective at translating the wide range of actions typically found in dungeon crawlers such as Diablo. In place of a mouse and cursor, you simply touch the screen to issue all commands. Tapping a location moves the character to that point, whereas tapping an enemy executes the primary fireball attack. It’s simple and intuitive.

As good as they are, the controls still remain far from perfect. Oftentimes, tapping an enemy to attack will send your character into the middle of an ambush. Likewise, I sometimes found myself teleporting off a platform and falling to my doom (funny how many times an angel with wings can suffer from falling). And as with all touch-based games, Archangel must also deal with the age-old problem of fingers blocking the screen as they maneuver to control the game, a problem that is only multiplied when playing the game on anything other than a full-sized tablet.

While playing this on an iPhone, my index finger was more than large enough to blot out most of the action. And due to the fact that all attacks are executed by tapping on enemies, the view for the majority of my battles consisted of the top of my finger bobbing up and down while listening to the sounds of clanking swords and screaming enemies. Mostly I just monitored my health bar while tapping as fast as I could. It works and the controls are brilliantly translated, but I couldn’t help wishing I had my old mouse and keyboard setup for optimum control. Of course, that stuff doesn’t fit in my pocket and it’s not always with me.

The levels do tend to get repetitive. After running through a dozen or so flying castles, I found myself wanting a little more variety. Throughout the game’s 30 levels, everything looks nice and the detailed designs are fun to navigate, but after a while it all starts to look the same.

I also wish there were more emphasis on the story. It’s not everyday you get to control an archangel of justice. It’s a cool premise, but I feel like it isn’t fully explored or taken advantage of. I’m not asking for Shakespeare, just a little something to get me more involved in this angel’s quest to obliterate evil. There’s not even much of an intro cut scene to set the stage. What you get is a 10-second camera pan around your character, and some written dialogue on the bottom saying you’re an archangel with lots of powers and it’s time to start killing bad guys and stuff. No lost love, no revenge against father; just an angel who’s strong enough to kill things and now it’s time to kill things. As fun as it is to annihilate the evil scourge, sometimes I wonder what it’s all about.

There are a decent amount of weapon and armor upgrades that can be purchased using the in-game money system. Saving up for things like fire swords encourages you to play levels multiple times. It worked on me, anyway. After beating the first 3 or so introductory levels, I found myself eagerly anticipating the next upgrade, saving my coin and searching through hidden passages.

There are also some fun spells that are activated by different modes of touching the screen. For example, a double tap teleports the character whereas dragging a finger across the screen casts a wall of fire along the drawn path. One of the best spells involves circling your enemy’s corpse, reanimating it to fight alongside you.

I was a bit disappointed to find that all the spells are provided to you in the form of story progression rather than gained through experience, making this more of an arcade title than a true dungeon crawler RPG. The only real customization is in your item selection. It might have been better if there were more character upgrades, like a skill tree activated with exp. of some sorts, but I understand and maybe even appreciate the simplistic approach, as a large customization system may have bogged it down with complexity. As it is, it’s fun for picking up and playing.

This is not the best version of dungeon crawling out there, but it’s pretty darn good for having it on your phone. With its innovative controls, good graphics, and an addictive money system, this is a quick fix for Diablo fans on the go. By embracing the limitations of touchscreen gameplay, Archangel successfully delivers an engaging and fun dungeon crawling experience on your mobile device.

By embracing the limitations of touchscreen gameplay, "Archangel" successfully delivers an engaging and fun dungeon crawling experience on your mobile device.