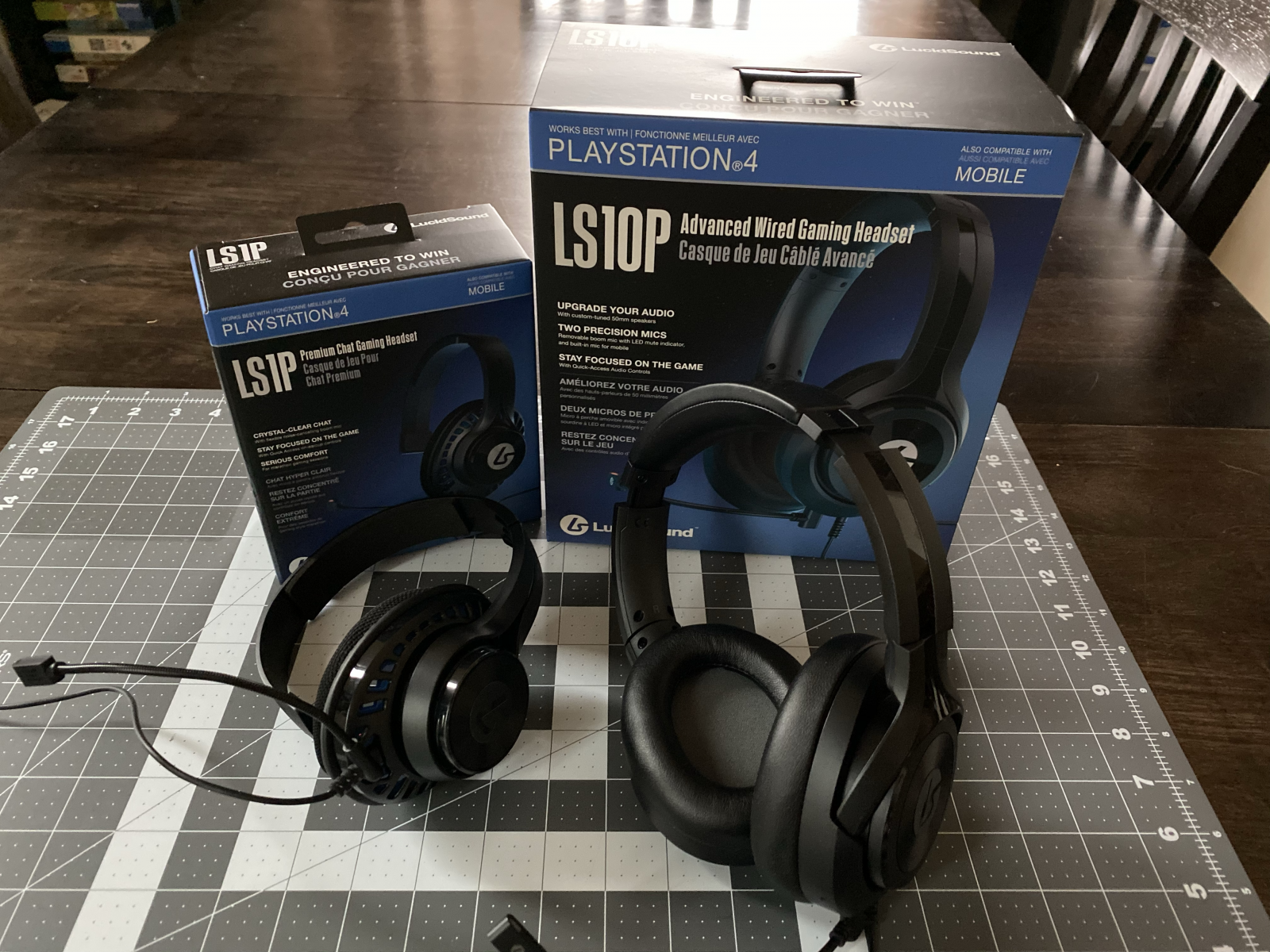 Lucidsound has a reputation of making affordable quality gaming gear, and the LS1 and LS10 for the PlayStation are for the most part no exception. This past E3, the company unveiled the LS1 and the LS10, available in multiple versions for Xbox, PlayStation 4, or Nintendo Switch. While being manufactured under the same brand, the two headsets have little in common other than lacking Bluetooth capabilities and their jet black aesthetic. The LS1 is a simplistic over the ear headset, primarily constructed of plastic, foam, while the LS10 is a more traditional over the ear gaming headset, complete with foam padding and faux leather. Both the LS1 and the LS10 are compatible with mobile devices as well, which makes the lack of bluetooth all the more disappointing. 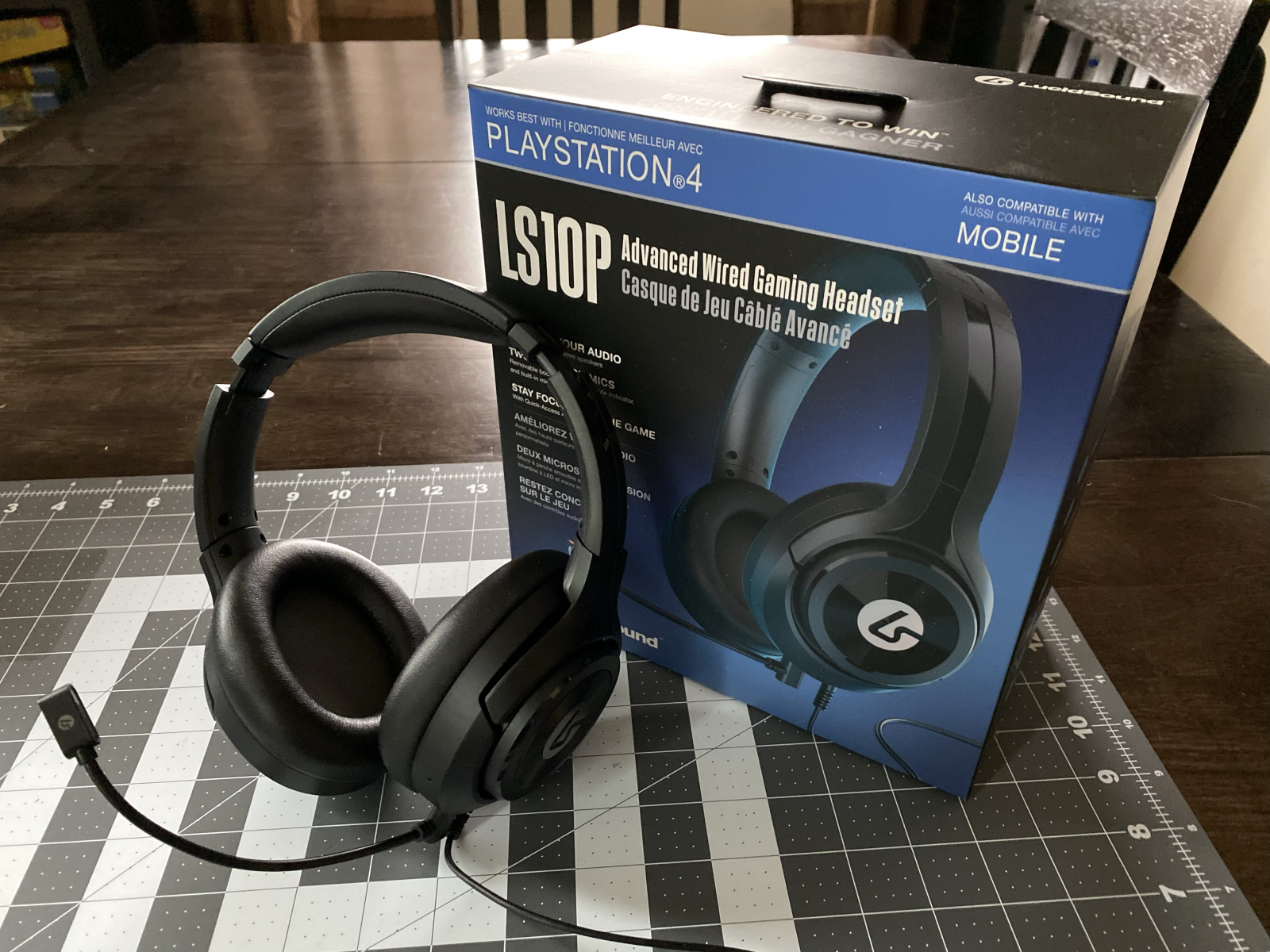 The LS10 is the star of the show, and a clear indication that you don’t have to break the bank to have a reliable gaming headset. While not made of pure silk, this headset is moderately comfortable and light weight to say the least. The LS10 is primarily made of plastic, foam, and faux leather, which may sound like a gripe but it was still as comfortable and effective as some other higher end headsets I’ve used. The headphones are sleek and more practical looking than most gaming headsets that are often neon colored and covered in flashing lights. The side of the headphones has a volume wheel that’s easy to adjust, and a welcome addition considering most headsets come with a volume lever unattached from the headphones themselves.

Lucid Sound included a built in internal mic into the LS10, as well as an optional boom microphone for improved quality and voice detection. The internal microphone can sound a little spotty to recipients, especially when using mobile devices, and often include a lot of background noise unlike the clearer boom mic. The audio is of decent quality, sporting 50mm audio drivers that help immerse yourself into the game. While there is a noticeable lack of noise cancellation, the foam linings on the earphones do a decent job blocking out background noise. 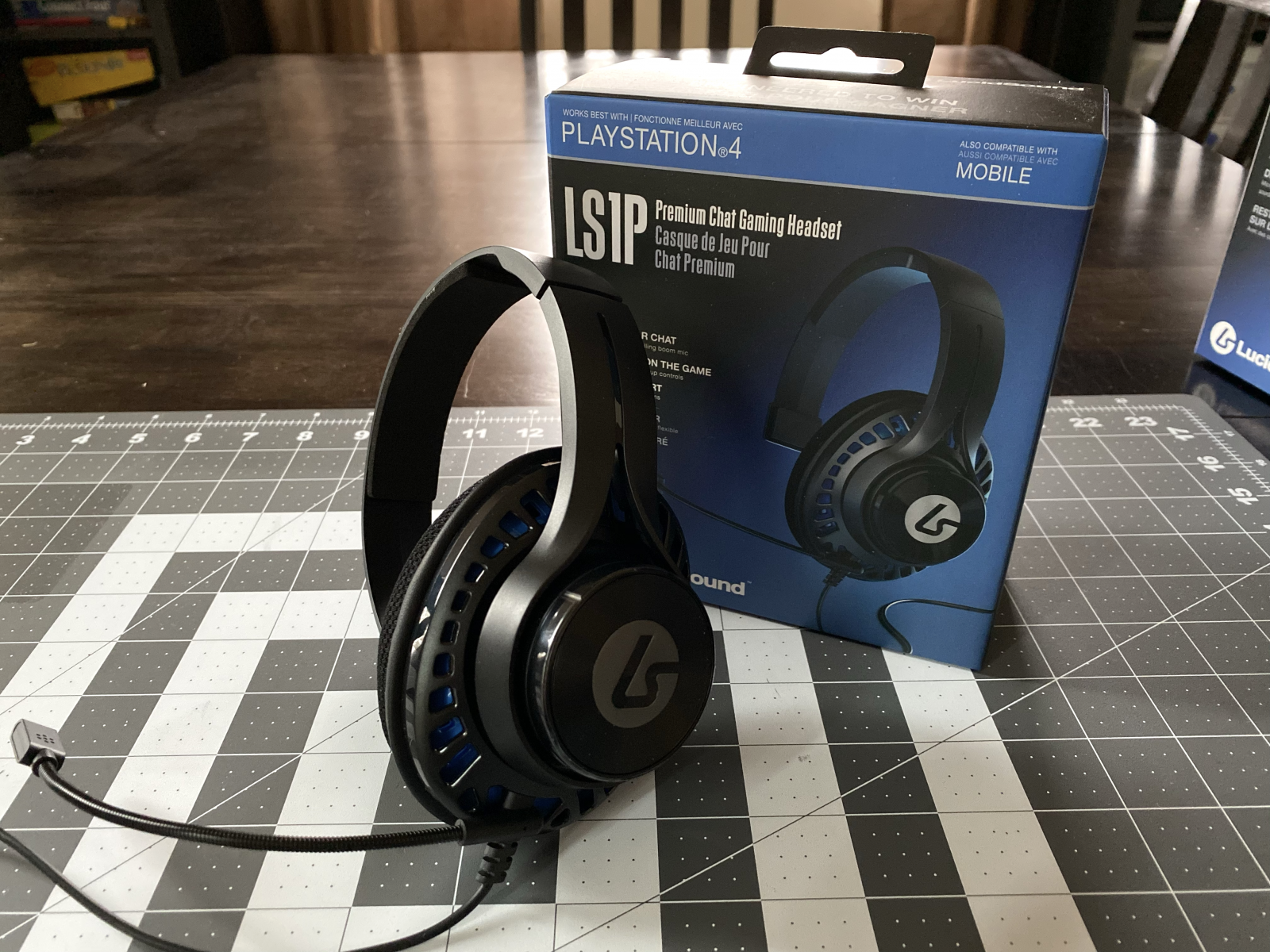 The LS1 is a prime example that when it comes to affordable headphones, sacrifices must be made in order to keep things simple and cost effective. The headset fits over one ear, and a thin layer of foam and a few inches of mesh over the ear provide the bare minimum of comfort, though still an improvement over the stock PlayStation ear pieces. This headset is intended to be used solely for in game chat, and since it only covers one ear, I was able to hear the audio coming from my television without a problem. While not the most comfortable headset with little to no cushioning, the LS1 is very light weight and allows the user to remain aware of their surroundings, unlike a more traditional gaming headset like the LS10.

The audio quality of the LS1 is a little better than what you’d expect of an affordable gaming headset, equipped with the same 50mm audio drivers as the LS10, that accent the bass and sound quality. There is no noise cancellation however, so you can expect to flood the room with the contrasting sounds of a blasting headset and television audio. The LS1 features a boom microphone, though unlike the LS10, it is of lesser quality and non removable. The mic itself is of average caliber, allowing players to effectively communicate with their team or make mobile calls.

Lucidsound once again brings quality affordable gaming gear to the table with the LS1 and LS10 headphones. While the Ls10 are arguably the superior headphones, the LS1 are more affordable and its singular ear piece serves a niche market. The lack of Bluetooth is unfortunate, especially considering most phones are starting to eliminate the headphone jack, rendering their mobile use almost obsolete.

Lucidsound once again brings quality affordable gaming gear to the table with the LS1 and LS10 headphones. The LS10 set of headphones are a perfect example of quality economy headphones. While the LS10 are arguably the superior headphones, the LS1 are more affordable and it's singular ear piece serves a niche market. The lack of bluetooth is unfortunate, especially considering most phones don't have a headphone jack, rendering their mobile use almost obsolete.

Griffin enjoys all things of the macabre and unordinary. When he's not playing video games, he can be found slinging bowls of ramen at the ramen shop he works at. Smash Bros. is his favorite game, and Griffin is a tried and true Link player.
Related Articles: Hardware, LucidSound LS1P & LS10P headsets
Share
Tweet
Share
Submit