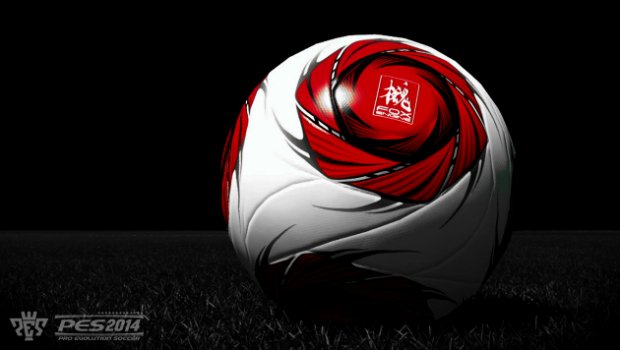 As many younger brothers know, it can be frustrating and disappointing to be the lesser sibling. That feeling of “good but not good enough” is one that the makers of the Pro Evolution Soccer series must feel in the pit of their guts. With a similar game in the soccer genre to compete against, Konami’s classic soccer franchise has a hard time standing head to head versus EA’s FIFA games. While the gameplay and overall game ambiance is pedestrian to its older sibling, Pro Evolution Soccer 2014 makes its money off of another aspect altogether: completely insane levels of customization. While that may appease hardcore football heads and the self-styled Gods of their own sporting universe, its drawbacks will leave many gamers wanting.

[singlepic id=16318 w=320 h=240 float=left]Pro Evolution Soccer’s gameplay is fluid enough to pass, but suffers from various speed issues and control bugs. Complicating things, an insufferable amount of button presses and modifiers make for a clunky learning curve.  Many of the gameplay animations are fantastic, capturing the look of actual dribbling and defensive maneuvers. The new Motion Animation Stability System (MASS) really looks great and gives the player a number of exciting visuals when playing. The use of the impressive Fox Engine brings a very slick level of graphical prowess to the game, but it certainly isn’t game changing or anything.  The mechanics themselves are dated, unfortunately, feeling more like an early release title rather than one that will be the final for the current generation of gaming.  PES 2014 has introduced a new total-control engine named Trueball Tech, however it is difficult to tell if this has any real effect.  There is no visual representation of where your current player needs to be on the pitch, even at low difficulty settings. Teammate AI seems to be completely broken, as defenders will lag to get into position and attackers will routinely play out of position. Lastly, the set-up to take a shot seems to take forever, and often before the shot animation can begin, the ball has been snaked by an opposing defender. What we are left with is a game that looks great but is clunky to play and hard to control.

[singlepic id=16319 w=320 h=240 float=right]The available game modes are pretty basic and don’t venture too far out of what can be expected in a sports title. An exhibition match can be played against a computer opponent or online. There is a nice tournament-style game mode that allows you to play the UEFA, AFC, and various other championship tournaments through to glory – a fun addition. There are also a series of practice drills and a free-play mode that new players will need desperately to get accustomed to the gameplay. The Football Life mode allows players to pick up a team as a manager or join one as a fledgling player; it works fine but is a prime example of Pro Evolution Soccer’s “good but not good enough” curse. The interface is ugly and hard to understand, there is an outrageous load time between every menu and screen toggle, and an annoying message system pops up between every action – even if no news or topic is available.

[singlepic id=16320 w=320 h=240 float=left]All of those negatives aside, Pro Evolution Soccer 2014, like its past iterations, makes its name on an outrageous level of customization that players can apply to squads, leagues, players, and stadiums. Everything inside of the game can be changed, from the names and emblems of clubs, to player stats, to the location, look, and atmosphere of the stadiums. Emblem images can even be created on a computer and uploaded to the PlayStation 3, allowing for infinite possibilities for team design. This works on two levels, as players can choose to make an entire soccer world on their own, or can use the editor to create clubs from the English Premier League and others that are not fully available in the game. Casual players will have very little to do with this mode, but for players who want all things on a minute scale tailored to their own design, Pro Evolution Soccer 2014 gives you everything you need to make it a reality.

[singlepic id=16321 w=320 h=240 float=right]The game’s design, look, and feel is a mixed bag of positives and negatives. The game’s real player models look really good, but aren’t as accurate as you’d like. The player-created models are so deeply customizable that with some intense work you can make some great faces for players. The pre-game theatrics at different stadiums are very nice-looking as well, and the crowd is active and slightly dynamic. On the flip side, the in-game display is very plain and underwhelming. Nothing is ugly or out of place, but nothing stands out or looks particularly good, either. The in-game graphics and the Nintendo 64-era menus are a textbook example of ironic nostalgia without the benefit of the hipster definition of “ironic.” The low quality of the menu and in-game designs are certainly not intentional. Lastly, a soundtrack of elevator music makes a boring interface even more snore-worthy, something that is just horrible for a game that represents possibly the most intense and passionate sport on the planet.

[singlepic id=16322 w=320 h=240 float=left]Pro Evolution Soccer 2014 is bringing a knife to a gun fight, or playing against a stacked deck, or any other cliche you could apply to a game that simply doesn’t stack up to the competition. PES 2014 is a lot like a Barbie doll knockoff that an inconsiderate uncle buys from the drugstore on the way to his niece’s birthday party. It looks sort of the same, it plays sort of the same, but it’s just not the same quality and will likely be discarded once the better, more recognizable version has been procured. PES 2014 isn’t a terrible game, or even a bad game, but suffers from the same fate as the lesser baseball title (MLB 2k to the superb The Show franchise). With competition that is so far ahead of you in every single aspect, the flaws of your product are magnified against the competition’s backdrop and your triumphs are overlooked. Unfortunately for Konami, Pro Evolution Soccer 2014 doesn’t have the benefit of coming at a highly reduced price tag. Konami is working against a stream of influence and licensing deficiencies, but has failed to work what it does have into a good product. Unless you are dying to play two soccer games, or have the burning desire to customize, Pro Evolution Soccer 2014 is best left on the shelves.