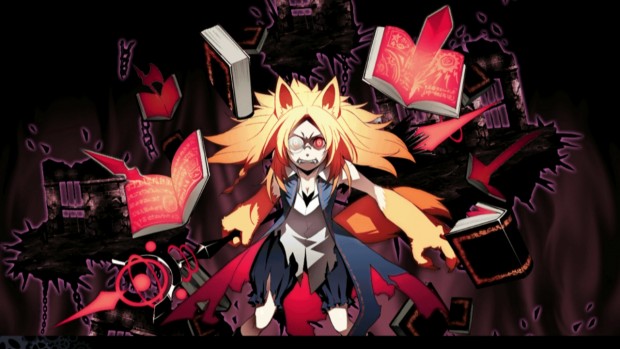 If you owned the short-lived Texas Instruments TI-99/4A and a cassette player, then the must-have game was the RPG Tunnels of Doom. After inserting the cartridge and loading data from the cassette (listening to the strange high and low pitched noises for several minutes as it played), the search for the King and his Magic Orb in the maze of hidden rooms began. After that I played several RPGs on my PC, such as the Wizardry and Might and Magic series. Upon starting Demon Gaze, I remembered what it was like to play these, for better and for worse.

Demon Gaze starts out fairly typically for an RPG, with the protagonist having no memory of who he is. After working your way through a dungeon, finding the exit, and slaying the beast protecting the exit you meet up with Lorna. She helps you get housing at the Dragon Princess Inn and introduces you to everyone there. It’s helpful that they have people to sell items and weapons all under one roof. The Inn isn’t a charity though, and you’ll have to pay your keep. If you get wealthy enough, there’s enough room for you to board other party members there.

All of the characters display a unique personality. Lorna is tough, while the Innkeeper constantly tries to hide her crush on you. The shopkeepers trip over themselves to get you to buy their wares, while the soldiers display the IQ of a bag of rocks. It is not a boring place to stay, that’s for sure. However, it appears that women’s clothing is very expensive, because the female characters often don’t seem to be wearing much. While the character pictures aren’t as bad as the bounciness of the characters in Dragon’s Crown, it’s not a game that I would want my wife around to see me playing.

The formulaic gameplay mimics the old school RPGs. At the Inn you get your equipment, hire mercenaries for your party, and find out what quests are available to you. After you have prepared your party, you can head to the location you want to through the 2D map and start your monster hunt. All of these locations are grid-based, moving through the area in the first person and at 90 degree angles. Different locations have different themes, but some of them feel flat.

The hook of Demon Gaze is the Evil Eye your character has. With this power he can command demons. He first must capture them from a Demon Circle. Multiple circles appear in the mazes, and you need to control all of them for the maze’s boss demon to come out from the Demon Circle. Once you defeat that demon, you capture its soul. Bringing the soul to Fran, the Innkeeper, lets her create a key which will let you summon that Demon for use in later battles.

While you can command how the party members behave, your control over the demons you summon is limited. You won’t be able to tell the demons what to do with their turn. Instead they act on their own. They can stay out and attack the enemy characters. However, they can only engage in battle for a limited time. A Demon Gauge shows how long they have until they start to act mad. During this rage, the demon can not only attack your opponent, but also your party. Their strength increases while in a rage, so they may be useful during boss attacks, as long as your party can hold its own against the demon’s attacks. Knowing when to call for a demon and when to get them out of battle give an extra layer of strategy to the combat.

If you have been looking for some old school adventuring, then Demon Gaze may be your ticket. The maps you explore are grid-based, meaning that you move square by square turning by 90 degrees to change direction. You also don’t choose your action during your characters’ turn in combat. Instead, you assign actions to your party members and then all characters perform their actions in turn order. It may take time for gamers who haven’t experienced combat this way to understand how the strategy changes. Also, the combat is very unforgiving. You’ll need to equip your party well and command it strategically to get through the levels unscathed.

The unique cast of characters makes their behavior memorable. Unfortunately, the storyline behind the game isn’t original. While I can understand what it starts out with the typical amnesiac, the unique characters were wasted with an average plot.

Those who enjoy older RPGs like the Wizardry and Might and Magic series should enjoy Demon Gaze. Those who are used to getting instant gratification and being able to level up their characters with the snap of the fingers will be disappointed. If you can get past the shortcomings of the story, high difficulty level, and scantily dressed women, then this game is a gem. Otherwise you may want to look at some RPGs to occupy your time with the Vita.