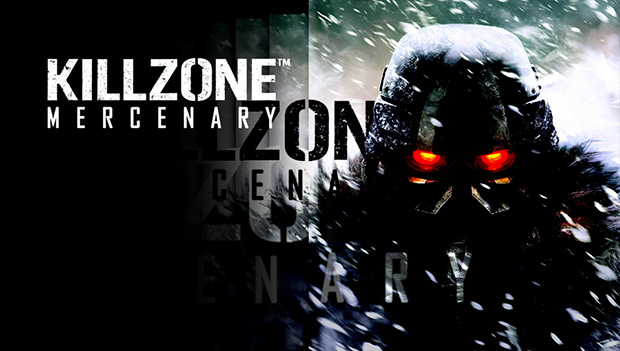 It’s an awesome concept: Take the standard dichotomy of the Killzone universe – ISA vs Helghast – and turn it on its head, inserting unbiased mercenaries catering only to the highest bidder. Memories of Wing Commander: Privateer danced in my head as I fantasized of comparing contracts, accepting jobs and turning down others. Unfortunately, while the pure combat in Killzone: Mercenary is well-executed, the freedom of choice never comes to fruition, and it smacks of lost opportunity. Thankfully, its absence has no impact on the entertaining multiplayer modes which are worth returning to again and again.

Without freedom of choice, this smacks of lost opportunity

Developed by Guerrilla Cambridge, Killzone: Mercenary is touted as putting you in the shoes of an indifferent third-party for hire, focused solely on the dollar and unconcerned with the political aims of the ISA or the Helghast. The storyline of the four-hour campaign does entail some light twists and turns, clouding the idea of who the “good guys” are. But aside from earning currency to reward your actions – and your colleagues constantly referencing how much they like money – there’s not much different about being a mercenary when compared to championing the ISA cause in every other iteration of Killzone. It’s still a matter of traipsing through a linear progression of missions, dispatching anyone who stands in your way, with only a modest investment in plot. And it’s not without groan-worthy one-liners like, “Look, now it’s raining YOU,” or a peculiar tendency to stab enemies in the groin, things that might be funny if the game didn’t take itself so seriously.

[singlepic id=15816 w=320 h=240 float=left]You’ll be facing the same assault rifle-wielding enemies for the majority of the campaign, with a few shotgun or sniper soldiers peppered in for good measure. They’re not particularly intelligent, occasionally taking cover but also content to run around in the open. A few specialized enemy types show themselves towards the end of the game, but Killzone: Mercenary relies primarily on its stealth mechanics to diversify gameplay, for better or worse.

It can be rewarding to creep around and melee enemies from behind or pick them off with your silenced weapon, but the game stacks roadblocks in the way, preventing the stealth gameplay from being something truly worth pursuing. Quietly dispatching enemies works well enough, but the game provides no method of moving the bodies left behind; as soon as another enemy spots his downed ally, your cover is blown. And thanks to the all-too-unnecessary touch-screen swipe used to pull off melee attacks, you could painstakingly work your way through an entire stealth segment only to have your melee swipe not register properly, calling in reinforcements and rendering your efforts fruitless. Fortunately, while the level design makes stealth gameplay painful in the early going, the settings improve as the game progresses, making sneaky strategy more viable in the later stages.

But with how good the shooting feels in Killzone: Mercenary, you may not opt for stealth anyway. The dual-analog sticks offer truly console-like gameplay. Their range of motion is limited when compared to the sticks on a PlayStation 3 DualShock controller, but these first-person controls are the best on a mobile platform yet – snappy, relatively lag-free, and enhanced by the Vita hardware. When zoomed in, Killzone: Mercenary allows the motion sensor to be used for fine-tuned aiming in an extremely helpful option that probably could have been enabled by default. A double-tap-and-hold of the rear touchpad will activate a sprint, enabling the use of the ability without moving your thumbs off of either stick or your fingers from either trigger. And all of the action is complemented by attractive, detailed visuals displayed in a smooth frame rate with few hitches.

The feel is further aided by the well-done GUI. Whether it’s zooming in to pick off an enemy, tapping to ready a grenade or executing a special VAN-Guard ability, the user interface is built to make these tasks effortless. Touch-action icons are positioned to the far right or left of the screen to make quick thumb-presses easy with minimal time off of the analog sticks. A useful minimap takes up the lower left of the screen, but its transparent display keeps it nominally invasive. To top it off, most of the GUI is customizable through the game options, allowing you to hide elements if you find them bothersome.

Whether your intent is stealth or brute force, Killzone: Mercenary goes out of its way to enable you to change your approach on the fly. Scattered throughout each mission are Blackjack depots, stores that let you spend your hard-earned cash on new weapons and armor, as well as change your equipped loadout. They appear so often that you never have to feel worried about sticking with your choices for a long haul, and they make up for an inability to pick up weapons that enemies leave behind. Think you can sneak by an area? Equip a silenced SMG and some high-mobility, low-noise armor. You’ll almost certainly come across another Blackjack store soon after so you can switch back to your powerful rifle or maybe try out a new weapon altogether. Shopping at this depot is what makes earning in-game cash exciting and rewarding.

[singlepic id=15817 w=320 h=240 float=right]In the tradition of the armor abilities popularized by the Halo and Crysis franchises, Killzone: Mercenary provides the aforementioned VAN-Guard abilities, special techniques that offer up the game’s most unique spins to the traditional first-person shooter gameplay, purchasable from the Blackjack shop. From the Porcupine Missile ability that lets you use the touchscreen to spray rockets at your foes, to the Sky Fury ability which enables you to send multiple air strikes from an aerial perspective, these are your secret weapons of mass destruction. They’re provided in key situations during the campaign, but truly shine in multiplayer.

Indeed, the multiplayer game modes are where Killzone: Mercenary’s value truly lies. Three modes are provided: Mercenary Warfare, an every-man-for-himself deathmatch mode; Guerrilla Warfare, essentially team deathmatch; and Warzone, team-based matches that progress through multiple objectives. In any of the game modes, a packed eight-player match will have you putting all of your purchased guns and abilities to use in nail-biting competition through each of the six well-crafted maps. The Warzone mode shines above the rest, though, as the evolving goals will have you and your team constantly changing your focus to compile a winning strategy. Proceeding from seeking out kills, to interrogations, to hacking objectives keeps the momentum of these matches alive from start to often-narrow finish.

The Warzone mode shines above the rest

Still, some frustrating design choices do rear their heads. Checking the standings mid-match will black out your screen to display the statistics, taking away your ability to see any on-screen action or move around to safety. Worse, they can only be viewed during active gameplay and not on the loadout screen after you’re killed, which would clearly be the most convenient time to stop and check. As such, you may find yourself opting to wait until the match is over before looking at the stats, lest it cause you to suffer an otherwise-unnecessary death during the game.

Another issue is the lack of in-game chat support, felt mostly during team-based Warzone matches. Being able to communicate with your team members during such a match would further enhance the strategic gameplay. Yes, the Vita’s Party Mode can be used to assemble a group of friends with voice chat, but you’ll only be inviting those who are already on your friends list, and it generally requires much pre-game planning. To be able to immediately chat with new team members that you come across in your travels would’ve been a welcome feature.

[singlepic id=15818 w=320 h=240 float=left]While my experience with Killzone: Mercenary was largely bug-free, it wasn’t entirely immaculate. On one occasion during the campaign, an enemy spawned in a location out of the visible field, making it impossible to kill him and proceed to the next area. This then exposed the lack of an option to restart the game from a checkpoint, requiring me to quit and restart the entire mission from scratch. As I was moments from the end of the mission at the time, this was a particularly frustrating moment. In addition, spawning could be problematic during the multiplayer modes, placing you directly in front of an oncoming enemy without a chance to defend yourself; conversely, you could be placed behind them, providing you with an unfair advantage.

It’s also worth noting that this game comes in at over three gigabytes, a hefty storage requirement [UPDATE 9/4: Due to the announcement of a large day-one patch, the digital-purchase storage requirement for this game now exceeds 4GB]. Unless you have a 32GB memory card with space to spare, you may want to steer clear of the downloadable version and stick with a physical copy.

The right concept, the wrong execution

In presenting a protagonist who was not sided with the ISA or Helghast by default, Guerrilla Cambridge had their hearts in the right place with Killzone: Mercenary. But instead of allowing you to pave your own way in this universe, we’re fed yet another short shooter campaign that is serviceable only as a sidebar to the multiplayer modes. Still, the pure combat is the best we’ve seen yet for a first-person title on a mobile platform. Wait for a bargain bin offering if multiplayer isn’t your bag. But if you’re itching to dive into a lobby with players from around the world, Killzone: Mercenary manages to be a worthwhile purchase for first-person shooter fans who want quality action on the go.