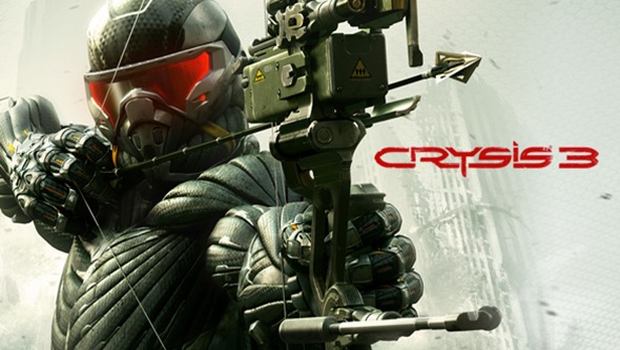 The team at Crytek makes beautiful games.  Futuremark may be the professional tool of choice for testing system performance, but if you can run the latest Crytek game at full visual settings then you KNOW your system is giving top of the line performance.  People were talking non-stop about the Unreal Engine 4 demo that we recently saw at E3 and then again on the PS4.  The consensus is that these demonstrations are the ‘future of gaming’, but I can unequivocally state that the visual fidelity of the ‘future’ is already here – let’s take in the beauty that is Crysis 3.

The Nanosuit was a fantastic vehicle to convey a new style of blended gameplay to gamers in Crysis 2, and that tradition continues in Crysis 3.  The suit gives us armor if we want to crash the party, and it gives us stealth to quietly dispatch our enemies.  After taking it for a spin at E3 on the PS3 I was eager to see two things for myself – what new tricks would Crysis 3 bring to the table for this third engagement, and could my high-powered PC handle it?

Crysis 3 kicks off 24 years after Crysis 2.  The Ceph have been all but crushed, and the C.E.L.L. corporation has become more powerful than ever, but humanity has paid the price.  New York City has been consumed by rampant nature overgrowth, and C.E.L.L. has capped it off with a Nandodome as a method to keep it from spreading.  Prophet, for all of his work to save the world from the alien invasion, has been captured by C.E.L.L. and they intend to disect him to see what makes his symbiosis with his suit work so well.  Rescued by his friend “Psycho”, the mission is simple – discover C.E.L.L.’s true motives, put a stop to their plans, and crush them.  When flashbacks and visual bleeding begin to occur in your visor it becomes clear that nothing is ever quite what it seems…

Beauty in motion
[singlepic id=6214 w=320 h=240 float=left]With Crysis 3, Crytek has achieved their ambitious goals right out of the gate – even on the lowest settings, it is the most beautiful shooter ever made.  I run a GT70 MSI laptop as my primary gaming rig and I was able to run Crysis 3 at 1080p with all settings maxed. The framerate hovers around 30 at that setting, so I knocked down some of the anti-aliasing settings until I was able to hold closer to 45.  The fantastic part, and credit to the technical and art team at Crytek, is that I was not able to see any visual difference.  There are players out there that will be able to dissect the minutiae of how infinitesimal the changes in settings make, but to the vast majority of folks, all we see is just a beautiful landscape in motion.

Crysis 2 took place in New York City when it was intact and under assault by the Ceph.  The overgrowth of vegetation in Crysis 3 represents a new assault on the city, but the sense of scale is ramped significantly.  Nicknamed “The Liberty Dome”, the environment is split into several sections, each more dangerous than the last but what amazed me was the verticality of it.   Approaching a dam that is built nearly to scale is awe inspiring (not to mention giving Crytek a chance to show off the incredible water visuals), and doing it while carefully brushing through waist-high grassy overgrowth takes it to the next level.

The primary mechanics present in Crysis 3 are familiar ones.  A bevy of weapons including a variety of rifles, pistols, rocket launchers, sniper rifles, and others are a welcome return, but it’s the way that the Predator Bow has been integrated into the game that takes it to a different level.  The Predator Bow comes with a variety of tips, but in it’s simplest form it is more than lethal.  You can hunt your enemies down by silently stalking them, and take them down with pinpoint accuracy. Carefully studying your enemy and then putting an arrow through them when they are isolated and alone is not something I expected to be doing in Crysis 3, but with the bow I found it to be my favorite method of execution, almost to the near-exception of all others.  Since you can retrieve the very limited pool of arrows that you can carry at any given time from the bodies of your slain foes, it turns into a cat and mouse game that reminds me very much of the movie Predator – that’s high praise given how much I enjoy that 80’s shlock.[singlepic id=6215 w=320 h=240 float=right]

The game features a full customization element, allowing players to stick to weapons they enjoy while changing their functions on the fly.  Specialized ammunition, silencers, ACOG scopes, magnification scopes, foregrips, extended clips and more round out dozens of items that will unlock over time. Sure, the game can still be played in a gung-ho method by engaging the maximum armor setting and ripping off rounds at the enemy, but for me, that meant adjusting the bow for maximum damage and turning on stealth.

Upgrades are not confined to weapons.  Crysis 3 introduces kits throughout the level, giving you the chance to upgrade the Nanosuit extensively.  This can be greater melee strength, better jumping abilities, longer cloaking, faster power charging, quicker health regeneration, stronger shields, and many more.  Like the bow, this allows me to approach the game in a manner that suits my specific play style.  If you are more of a run-and-gun player, then you’ll likely choose a completely different set of upgrades for both Nanosuit and weapons.  It’s clear to me that the Crytek team was trying to make this game much like the Nanosuit itself – adaptive.

[singlepic id=6217 w=320 h=240 float=left]There is one aspect of the original title that was sorely missed in Crysis 2 – the open world nature.  While Crysis 3 is also a linear affair, the playgrounds are a bit more wide open than in Crysis 2.  The new suit options and weapons give players several ways to approach every level, expanding on the replayability of the roughly 8 hours to beat the single player experience. In terms of story, if you are playing FPS titles for the storyline, you are going to have a bad time.  The major lifting is handled by Prophet and Psycho, and their voice work is decent, but the subject matter is progressively more ridiculous.  By the time you reach the end, you’ll have thrown your hands up and just accepted the bizarre nature of it all.  In the end, shooting people with the bow and gunning down others with electrified buckshot from my shotgun had to be enough.

Adapting with friends
Crysis 3 features a suite of multiplayer options for players to test their skills.  While the AI in the game is pretty solid, it’s human players that present the greatest challenge.  There are 12 maps and 8 game modes to choose from, once again giving players a large swath of options to meet their personal play style.  Deathmatch, Team Deathmatch, and Capture the Flag modes make their rote appearance, but it’s the Hunter mode that makes multiplayer worthwhile.  Hunter mode gives two players (out of 8) Predator Bows, Nanosuits, and unlimited stealth.  They square off against 6 players armed as C.E.L.L. operatives, armed to the teeth.  As each operative is taken down by the Hunters they too become Hunters.  When the clock runs out, if there are any operatives still standing, that team wins.[singlepic id=6726 w=320 h=240 float=right]

While I may seem somewhat dismissive about the Deathmatch, Team Deathmatch, and Capture the Flag modes in the game, the fact that all of the players are given the Nanosuit powers raises the lethality to a whole new level.  I was surprised to see just how adept some players have become in such a short time.  This makes for a somewhat sharp barrier to entry for new players, but no more difficult than most other modern shooters.  Embrace the suit and learn its powers and you’ll find yourself pulling off crazy kills you’d never would have expected in a FPS.

Maximum Armor…Engaged
Crysis 3 is an absolute gorgeous title at nearly any setting on the scale.  The vegetation overgrowth that has attacked New York (something is always attacking New York in these games…) looks so incredibly lifelike that it’s hard to believe it is rendered.  As a shooter, Crysis 3 doesn’t reinvent the wheel, but the addition of the Predator Bow makes the stealth game take on new life.  For me, the game’s true aim is bringing the adaptability of the Nanosuit to the player.  If you’d like to play this game as a shooter, it’ll handle pretty much Crysis 2.  If you’d like your games a little quieter, you’ll find the stealth aspects of Crysis 3 to be a vast improvement over the predecessor.  The weapon and Nanosuit customization just adds to that flexibility. Similarly, there are five difficulty levels, giving players any level of challenge they desire from laughable to downright sinister.  Multiplayer expands on this, and the Hunter mode gives us a reason to care.  The 8 hour storyline does stretch a bit beyond the bizarre, but the flexibility that Crytek has delivered works well.  Let’s see if we can get back to the sandbox with these new toys for the inevitable Crysis 4 it’ll make for a great game – now if only we can also get a coherent storyline…