There’s two distinct aspects of Catherine: The puzzles and the story. When the protagonist, Vincent, is awake, we are presented with the story elements which draw us deeper into the game. When Vincent passes out, and I use that term purposefully because he ends each evening with an unhealthy session of drinking, we are a part of his puzzle-solving nightmares which sadly might shy you away from the game due to its intense difficulty. Make no mistake, this is a puzzle game through and through, with intermittent moments of dialogue and story which try their hardest to make it worth your while to tough out the puzzles.

And that’s where I feel players may find themselves divided in their enjoyment of playing through Catherine. Prior to the game hitting store shelves, I didn’t look too closely at what it was about. Not because I wasn’t interested, on the contrary, it was because I was highly interested and wanted to discover as much about the game on my own as possible. So it came as a surprise to me that the bread and butter of the gameplay is solving block-stacking puzzles. To be honest, initially I was disappointed over the sheer emphasis on puzzle solving the game perches itself on.

It doesn’t take long for Catherine to draw you into its quirky world, the aesthetic it wraps itself in is unabashedly Japanese but not in a way that will put you in a daze of culture shock. The art style, characters, dialogue, and story itself are very reminiscent of your typical Japanese anime. Even if you are not a fan of anime, it shouldn’t discourage you from giving Catherine a chance because you would miss out on some truly unique and entertaining storytelling.

Catherine plays out in a very methodical fashion. You typically start off watching a cutscene which develops our understanding of the characters and the story, then it fast forwards to a nightly gathering at the local bar where you can take control of Vincent and have him talk to his friends, other patrons in the bar, and encourage him drink until he reaches his limit (drinking excessively actually improves his performance in the nightmares). You also have a cell phone where you can send and receive texts messages and, best of all, receive picture messages (i’ll let you discover why it’s so great on your own).

Every night after Vincent passes out at home, he becomes trapped in a nightmare where if he doesn’t successfully create a staircase out of a stack of blocks to help him escape towards the exit, he dies. To give a simple overview of how the puzzles works, the level starts off with the blocks pre-arranged, it’s your job to arrange them in a fashion that allows them to be climbed. Most of the levels are timed and the bottom rows of blocks gradually give away. On top of that, there are a plethora of obstacles obscuring your path to the exit. There are different types of blocks, such as fragile ones that crumble if you stand on them too long, trap blocks that kill you instantly with spikes, and heavy blocks that take longer to move. You’ll also have to contend with other climbers trying to escape the same nightmare and huge “boss” type enemies trying to end your ascent. Throughout the level you’ll acquire power-ups to assist you and there’s money you can collect to purchase power-ups from a merchant before the level begins.

That’s essentially what Catherine is all about, which is more than enough but the kicker is the difficulty reaches that dangerous point of frustration where your controller becomes at risk of taking a kamikaze flight into the wall. The puzzles can be fun and exciting, during the first half of the game I was loving them. But later on I was sorely wishing I had chosen the easy difficulty, which the game actually recommends by default. Of course, adhering to the philosophy of playing a game how the developer intended, I ended up subjecting myself to some agony.

When all is said and done, my review may come off as mixed but in reality I highly recommend experiencing Catherine. In the golden era of video games (well, my golden era at least), Japanese developed titles were a major piece of the pie but over the course of this last console generation they’ve become overshadowed by Western developed properties which in my opinion are homogenizing the market. Catherine is a healthy reminder that not every game is aspiring to be a Hollywood movie, that there are still developers out there who haven’t sold out to a big-name publisher, and that video games can still offer a unique experience. Just remember to keep the difficulty down if you want to fully enjoy the characters and story. 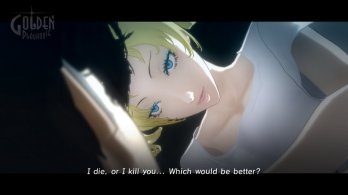 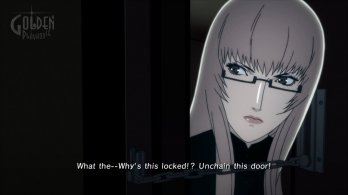 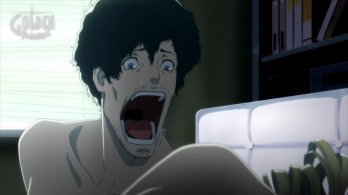 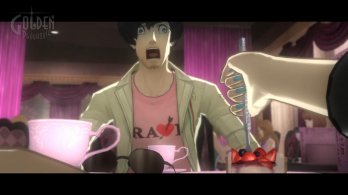 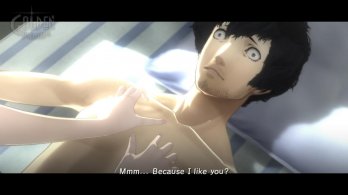 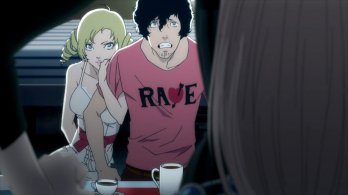