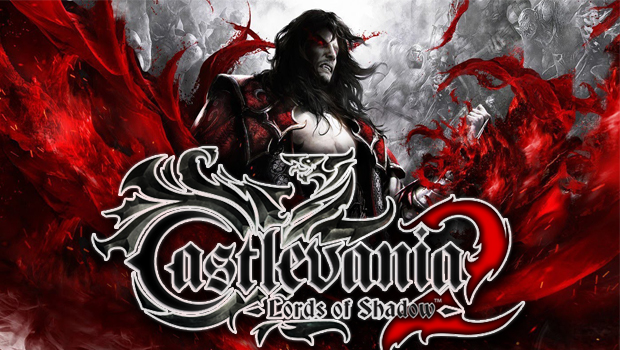 The first Lords of Shadow was a line in the sand for many old school Castlevania fans. Mercury Steam’s departure from the familiar 2D gameplay and the non-canon nature of its story generated an outcry of naysayers, who still reminisced about the heyday of Symphony of the Night. Others applauded the daring new direction and considered Lords of Shadow a breath of fresh air in an otherwise stale franchise. So it’s safe to assume that not all Castlevania fans will appreciate what this sequel has to offer, but those who enjoyed the first title will be very pleased with Lords of Shadow 2.

All of the best qualities that made the original such a rewarding experience are intact and improved upon. The regal production value has been polished to a sheen with expansively beautiful environments and expressively detailed character design, and the fully orchestrated score is incredible. The combat is tight and responsive, and the upgrading system is deeply complex. Most importantly, the epic and engrossing storyline continues right where the first one left off, completing the cliffhanger ending with a satisfying conclusion to the series.

In Lords of Shadow 2, Gabriel Belmont has shed his mortal identity and now embraces his role as the Prince of Darkness, Dracula. But after centuries of decay, the jaded vampire is forced out of retirement in order to prevent Satan from rising to take over the world and torturing him for an eternity.

In a classic Castlevania-style move, the game starts with an “Abilitease” that briefly grants control of Dracula at his peak power level. Then, through the magic of storytelling, Dracula loses all his powers and is forced to gather them in time for his big bout with Satan. Progressing through the main campaign will unlock vampiric abilities such as bat swarms, a mist form, and a useful double jump. It’s a solid motivator, and the incentive to upgrade the character to his full strength adds some replay value to a game that’s already clocking a sizeable 20 plus hours to complete.

The combat is the most exciting part of the game. I found myself hunting down enemies just for the fun of fighting and gaining experience points. The collected points can be spent on new and more devastating moves that greatly increase the chance of survival. Combat boils down to a system of dodges, timed blocks and proper weapon selection, which opens up a wide variety of options for attack. To top it off, the boss fights are numerous and extremely fun to play — even better than the first game.

Dracula wields three weapons that can be equipped on the fly at any time. Similar to the first game’s weapons, the Void Sword drains enemy life while replenishing the health bar, the Chaos Gauntlets break enemy guard while causing increased damage, and the Shadow Whip is good for distance and large area attacks. The sword and the gauntlets rely on magic that must be replenished by collecting orbs from fallen enemies, whereas the whip is the standard weapon since it doesn’t require magic. New to this title is a unique mastering system that charts the usage of moves into individual point collectors that in turn can be used to upgrade weapons.  All three of Dracula’s weapons can be upgraded to a Master Level that will raise their overall effectiveness and damage.

Most of the problems from the first title have been addressed and updated. The new 3D camera control is a great improvement over the cumbersome fixed camera system in the original. And gone are the clunky loading screens with the sleep-inducing narration between levels, making the overall experience much more fluid and unified. The environments are more open than the linear levels in the first title. There’s also much more emphasis on exploration and backtracking to areas as new abilities are unlocked, something Castlevania is typically known for. It’s a leap forward from the first Lords of Shadow, and a prime example of a studio adapting from their previous mistakes.

Unfortunately, along with these updates and improvements also come some new problems. Frustrating segments that involve sneaking to avoid confrontation are peppered throughout the game. Simply being detected by an enemy during these segments will mean instant death and a hard restart to the last checkpoint. At first, I genuinely appreciated these sneaking segments as an inventive break from the fast paced action, but I soon lost patience with the tedium of flipping switches and hiding in the shadows. I don’t mind sneaking in games, but unlike in Metal Gear or Assassin’s Creed, where sneaking is an option that may be an easier choice than charging the enemy head-on, Lords of Shadow 2 requires you to sneak and fighting isn’t an option.

While certainly an improvement over the linear level design from the first Lords of Shadow, there are still confinements in place that keep this from ever truly feeling like an open experience. In the absence of level load screens, we’re faced with hidden loads such as long rides in elevators or slow walks down lengthy corridors. The freedom to transport between the modern city and Dracula’s castle is relegated by the time-consuming necessity to summon a white wolf and slowly follow him down a portal. These breaks don’t remove from the game as much as a load screen does, but it can make exploring the environments less appealing.

I also encountered three progress-halting bugs during my run through the game, two of which were corrected by loading my last checkpoint, which is annoying but only a minor inconvenience. The third glitch forced me to entirely restart the PS3. This crash came just as I was preparing to face the final boss and it completely froze the screen with an “unhandled error” message. I’ve come to expect minor glitches from new game releases, and I expect issues such as these will eventually be ironed out in a future patch update. But when a glitch freezes the screen just as I’m cracking my knuckles to face the boss of the game, I can’t help but be disappointed.

Glitches, hidden loads and frustrating segments aside, this is a solid game with a great many qualities. It’s highly creative and meticulously detailed. Some of the areas of the castle look absolutely brilliant and the designs of the characters, particularly the bosses, are insanely awesome and original. Just like its predecessor, it is darker and richer in tone than most games can approach. There’s clearly been a lot of love and personality poured into it, and one can’t help but appreciate the artfulness in some the sequences (the part with the toymaker is extraordinarily beautiful).

There’s loads more that could be said about the emotionally charged musical score or the intense voice acting from Patrick Stewart, Robert Carlyle and even Richard Madden from The Game of Thrones, but this level of polish should come as no surprise to fans of the first title. This game does exactly what one would hope from the concluding chapter of a series: it finishes what it started. Castlevania: Lords of Shadow 2 takes the familiar stories and characters that players first met nearly four years ago and rewards them by tying it all together in a respectful and satisfying way. And that, more than any other reason, makes this a game worth playing.

Castlevania: Lords of Shadow 2 takes the familiar plot and characters that players first met nearly four years ago and rewards them by tying it all together into a respectful and conclusive payoff. While not a flawless game, with needlessly tedious segments and the occasional glitch, it remains an overall engaging and fun experience that will satisfy any fan of the original.