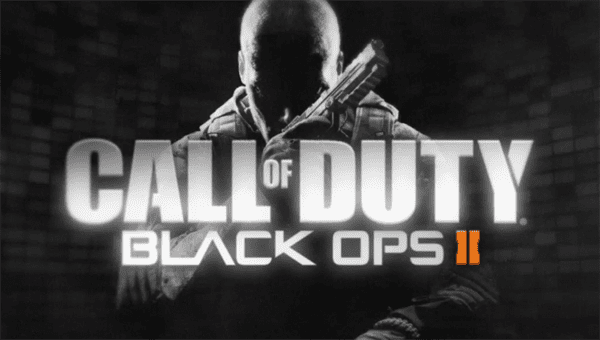 The Call of Duty brand is synonymous with hard-core gaming. The very name conjures up images of extremely dedicated players who participate online in match after match, honing their skills and decimating the competition. It was these same gamers Nintendo left behind when they released the Wii – an incredibly successful console, but one that catered to a more casual audience. The Wii U is Nintendo’s response to this and Nintendo has committed to winning those hard-core gamers back. The Wii U version of Call of Duty: Black Ops 2 was seen as a huge coup for Nintendo’s third-party plans for their new system, but everyone wondered if it could live up to the standards set by the Xbox 360 and PS3 versions or if it would end up dumbed-down like most other Wii-based ports.

[singlepic id=9982 w=320 h=240 float=left]Now, I’m not going to get into too many specifics about the general story and gameplay features on display here in the Wii U version of Black Ops 2 because we have two perfectly good reviews on our site which do just that – the Xbox 360 version here, and the PS3 version here. What I will say is that, despite not having live streaming during multiplayer or Elite support out of the gate – though the latter may be coming in the future – the rest of the game is here and completely intact. You get the full Black Ops 2 campaign, complete with the Strike Force missions, branching plot lines, and more exploding helicopters than you can shake a stick at (seriously, there are so many). While a typical action game starts slow and ramps the action up into peaks and valleys, Black Ops 2 edits all the valleys out so you get nothing but fire-fight after explosion after close-up assassination attempt. It can be a bit much at times, but if that’s you’re cup of tea, know that the campaign experience is here in full high definition with nothing edited or changed (as was par for the course for Wii ports of similar titles). The zombie campaign is also left completely unchanged (for better or for worse). Even the multiplayer experience is virtually the same, except for one important difference (which I’ll explain later).

The graphic output is very similar to its Xbox 360 or PS3 brethren, and it’s so nice to see a major release from other consoles look this good on a Nintendo system. Frame rates stay smooth and steady through most of the game (with the occasional dip here and there), and other than a few funky looking shadows and some jagged edges, the Wii U can hold its own against the big consoles in the graphics department. Even the sound is great; reports from gunfire sound crisp and distinct, and the voice acting is top notch and doesn’t sound compressed. It’s clear that the Wii U is a competent piece of hardware, capable of reproducing the same experiences gamers have been enjoying on the Xbox 360 and PS3 – with a few neat additions.

[singlepic id=9983 w=320 h=240 float=right]The Gamepad is the driving force behind the Wii U, and Black Ops 2 puts it to good use. It’s not used for much during the campaign – namely for the display of your current objectives, and the ability to switch control modes on the fly – but its uses stand out during multiplayer. On the Gamepad is a map of the entire match which you can use regardless of control method; whether you’re using the Pro controller, a Wii Remote and Nunchuk, or even the Gamepad itself, you can use it as an easy reference for everything happening during a match. The Gamepad also allows you to switch classes without pausing the game, or even activate your Killstreak abilities (though this is admittedly less useful). You can even use the Gamepad as a “split screen” mode, allowing two players to play at a time; one on the TV, and one on the Gamepad. And across all gameplay modes, you can switch your Gamepad into a display for the game proper, allowing others to use the TV while your destroy your foes online or in the campaign. I admit to using this option a lot; while my girlfriend was watching Dancing With the Stars, I had my headphones plugged in, engaged in online matches with no lag whatsoever. It’s amazing that it works, and it’s such a great feature that every game that can should take advantage of it.

I only have a few gripes with the Wii U version of the game (outside of the flaws of the actual game Mike wrote about in his reviews), and one of them makes the game a little hard to recommend outright. The controls will feel weird at first, as the buttons are mapped out differently, and my muscle memory for first-person-shooters fought against me for the first few hours or so. My fingers got twisted up more than once during the first two or three campaign missions as my brain tried to re-wire itself to use the bottom button to reload rather than the left one. It’s not a huge complaint, as I was able to get used to it soon enough, but it’s important to point out.

[singlepic id=9984 w=320 h=240 float=left]My last issue with the game is rather egregious, and I don’t know if it’s something that will be fixed over time as it’s not exactly the developer’s fault. See, the Xbox 360 and PS3 versions of the game have over 800,000 people playing in their lobby at a time. Game modes of all types are constantly filled with different players, and you’ll never be lacking for a new challenge type at any given moment. This is not the case on the Wii U. I’m looking at the lobby count as I’m typing this sentence and there are a total of five hundred, twenty-nine people. That’s not 529,000 or even 5,290. That’s 5-2-9, full stop. Two-thirds of them are playing Team Deathmatch, the rest are dispersed between Domination and Free-for-all. I don’t know if everyone’s just holding out on playing Black Ops 2 until they’ve finished with Nintendo Land or if they’re all going to jump on once they open their Christmas presents, but it doesn’t bode well for the future of the online component for this game. Hopefully the lobbies will fill up over time as the multiplayer is actually a lot of fun, but at this point it’s not looking good.

The Wii U version of Black Ops 2 is a perfectly capable and competent port of the Xbox 360 and PS3 game. It looks great on Nintendo’s new system, and other than a few things that didn’t make it in, it matches the other versions feature for feature. It even makes great use of the Gamepad with real-time maps and streaming Gamepad play, while staying away from needless touch screen gimmicks. Ultimately, Black Ops 2 is just as good on the Wii U as it is on Xbox 360 and PS3 – save for the complete lack of a multiplayer community. If that’s something that doesn’t matter to you or you’re just looking for a great addition to your growing Wii U library, then you will not be disappointed as this is a fantastic port of a great game. But if you’re a die-hard multiplayer fan and you’ve also got an Xbox 360 or a PS3, you should probably give this one a pass as there are literally only hundreds of people online with it right now. Only time will tell if the online community will grow within the next few months, but if I had to put money on it, I’d bet not.