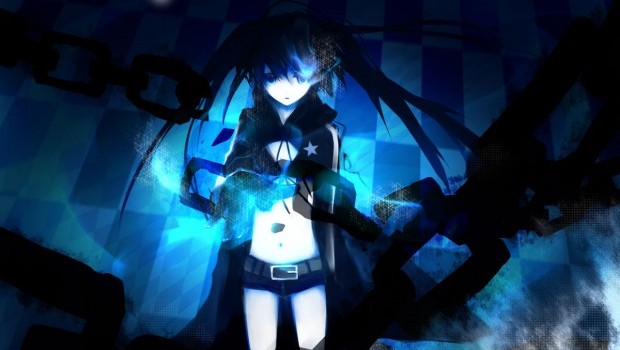 Black Rock Shooter is a newer manga and anime franchise that hasn’t really seen a ton of exposure to the North American market. The series is unique in that each form of media the series has taken place in has had its own story and universe. But each of them focuses around a mysterious girl with a glowing blue eye, a huge gun, and super powers. Black Rock Shooter: The Game on the PSP does in fact feature that same mysterious girl with the glowing blue eye, but it sets itself apart from previous stories in the franchise by taking place in the year 2051. The main character wakes up after being asleep for several decades and true to JRPG cliché she has lost her memory. Don’t let that fool you though, for the most part Black Rock Shooter is anything but your typical cliché driven Japanese Role Playing Game.

[singlepic id=11760 w=320 h=240 float=left]For the most part Black Rock Shooter: The Game is a JRPG, the main character levels up, gains new abilities and special attacks, the fighting takes place on a fixed background from a 3rd person perspective, and there are potions galore. But the similarity to other JRPGs stops there. For one thing this isn’t a multiparty member type of game. BRS (I will call the main character this since she doesn’t seem to have any other name other than Black Rock Shooter) works alone, she doesn’t need any other party members getting in her way. In game fighting is a unique blend of classic over the shoulder RPG action and third person shooter gameplay. You don’t have free reign to move about the battlefield, but you do use the left stick to aim at the enemies as you please, all while shooting at them with your giant gun and activating special attacks. If your aim is off then your attacks will not do any damage. You must also dodge and block enemy attacks, which is all done manually. Your weapon has a heat meter and if you allow it to overheat BRS will become stunned. So planning when to shoot and when to dodge or block becomes critical to surviving enemy attacks.

The game itself is broken up into several different missions with their own location and map. Once you complete the main story in each mission area you will be free to go back there and complete side missions as you please. BRS does level up throughout the game giving her more health, but her special abilities all get unlocked by beating a set amount of bad guys in each level. So if you haven’t unlocked a new ability by the time you complete the main story mission you will definitely need to go back and play the side missions if you want access to new abilities.

[singlepic id=11754 w=320 h=240 float=right]As for the storyline in Black Rock Shooter it is anything but your standard fantasy RPG. The game is set on Earth in the year 2051, with most of humanity wiped out from an alien invasion. At the start of the game you are told that only 12 humans are left alive and for some reason they have waited until now to wake BRS up. Wake up she does and from there she goes on a mission to take out the powerful alien leaders one by one. Each level features an end boss fight with a super villain style Class-A alien to kill. Each boss has a unique look and their own set of powers to deal with. The boss fights are the real highlight of the game. This is due in large part to the fact that there isn’t much enemy variation outside of the bosses. You will be fighting the same 4 or 5 alien types over and over again.

The fact that there are really no humans left alive also means that Black Rock Shooter sheds the RPG convention of traveling into town to sell off gear, shop, repair and sleep. There is none of that here, in fact there aren’t even any shops, let alone towns to speak off. You travel from one mission objective to the next with very little down time in between. This does highlight a problem with the game though. There are literally no new gear or weapon upgrades to speak of. The only sense of character progression you get comes from earning new abilities and gaining more health. It’s not a deal breaker but it is different.

[singlepic id=11732 w=320 h=240 float=left]Graphically the game looks a lot like an early PS2 title. I played Black Rock Shooter on both the PSP and the Vita. If you have the Vita it is definitely the better way to go with this one as the game looks a bit smoother and sharper, primarily due to the Vita’s better screen. For the most part though the game doesn’t look bad considering it is a PSP title, but the environments do get a bit repetitive and they are extremely bland.

Black Rock Shooter does feature a lot of in game dialogue, but it is all spoken in Japanese. Everything is subtitled in English, which worked for me, but people who like their English voice actors may be disappointed. I can understand this decision though since the game is only $19.99 on the PSN.

Ultimately I would recommend Black Rock Shooter: The Game to anyone who likes JRPGs but is getting tired of the same old formula. The combination of standard RPG and 3rd person shooter is fresh and it does work. The game also presents a decent storyline and I found myself invested in seeing the last of humanity take on the alien conquerors. There is also a decent side plot where everyone is trying to figure out exactly who and what the main character is, is she a clone of one of the alien lords or is she something more? On the downside, the lack of enemy unit types leads to stale combat about half way through the game and the sense of character progression isn’t that great. For only $19.99 though the PSP has one last RPG that is worth playing.