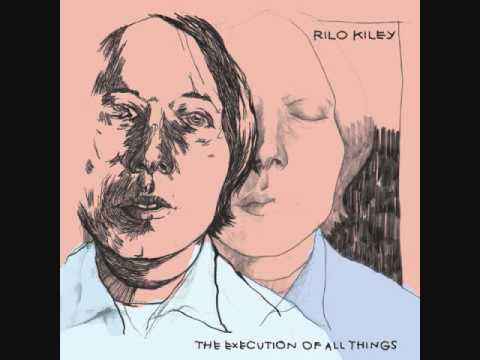 I’ve restarted this review about three times now because I’ve yet to find an adequate way to compose the conflicting emotions and criticisms that Blood of the Werewolf set roiling within my brain. Most of my animus is rooted in the difficulty curve. The last three or four levels are hair-tearingly, controller-throwingly, “how the hell is anybody expected to do that” hard. And yet….as trite and melodramatic as this sounds, I’ve found my thoughts returning again and again to a line from the wonderful Rilo Kiley song “A Better Son/Daughter.” Because despite all my frustration with the monster the Detroit-based Scientifically Proven has brought into the world I can’t help but admit: when Blood of the Werewolf is on, it’s really fucking on.

There’s a lot to enjoy in the story, a standard but engaging tale that follows titular werewolf Selena (get it?) on her quest to recover her kidnapped son. Selena herself is fascinating–mixing equal parts merciless brutality, cocksure self-assurance, iron determination, and familial dedication–but ultimately is entirely static throughout the course of the plot. Perhaps most frustrating is the writer’s nasty habit of glossing past what could be fascinating backstory or development. Well, actually that’s not true–what’s most frustrating is how Scientifically Proven pulled out every bullshit trick they could think of to thwart the player.

The first big “screw you” is Selena’s lack of inertia–even a glancing blow with a ledge bat will send her hurtling out of the players control. She’ll usually get flung into other enemies, which means she’ll spend her time bouncing from baddie to baddie while her health ratchets down–or worse. When that bat sends you flying onto the death spikes, there’s no chance to recover. You’re just dead.

Look, do you see that picture down there? (Visually impaired people: it shows a screencap of an orange billboard upon which is the unmistakable image of an E-tank, a common item in Mega Man.) Blood of the Werewolf is a game that wears its inspirations on its furry sleeves. Yet even as punishing as Mega Man was, Capcom gave you a chance to recover if you got knocked back into a death trap. Scientifically Proven isn’t so merciful.[singlepic id=17214 w=620 h=350 float=]

Like any self-respecting werewolf, Selena spends the game alternating between human and lupine shapes. Unfortunately, controlling either form leaves something to be desired. Selena’s wolf form is shockingly sluggish, lacking almost any sense of speed or animalistic power. Jumping Wolf-Selena through confined networks of spikes feels like trying to pilot a blimp through a needle factory. In her human shape, Selena is less sluggish, but her crossbow is utterly unfit for the long distance sniping the player is asked to do.

This is the root of many expletives–later levels require the player to shoot small, distant targets while weaving between fireballs (which will knock you back onto the instant-death-spikes, of course). The problem is that the crossbow is aimed using the right d-stick on your controller, which isn’t anywhere near precise enough for the task. Let me tell you: watching crossbow bolts whistle past their target while you die and die again is a one-way ticket to Rageburg. Players can switch over to mouse/keyboard for better aim, but good luck trying to use WASD to navigate intricate platforming sections. You’ll need it. Several times throughout the campaign I had to pause and switch control schemes in the middle of complex platforming sections.

While we’re on the subject of shooting, combat is pretty lackluster, too. Human Selena’s crossbow is weak, but that’s kind of understandable. What’s less understandable is watching a tiny enemy dog absorb three or four swipes from a hulking werewolf without so much as flinching. At least Wolf-Selena gains some powerful special attacks over the course of the game, including the oh-so-necessary ability to self-heal.

Like you’d expect in any old-school platformer, Selena finds herself pitted against bigger monsters in boss battles. Bosses nearly always have two phases and rapidly switching between human and wolf powers give Blood of the Werewolf some much needed variety. Bosses have a ton of health, too–and usually that isn’t much of a problem except that one fight that dragged on for more than 35 minutes because the boss kept healing himself.

[singlepic id=17213 w=620 h=350 float=]So here we find a game with a lot of problems. The controls are frustrating. The combat isn’t much fun. The difficulty curve resembles an exponential function. What surprised me is that is that despite it all I still can’t bring myself to dislike what Scientifically Proven have wrought. There’s so much love and craft put into every jumping puzzle that I can’t help but appreciate it on it’s own terms.

The universe looks and feels cohesive in its gothic way. Are the graphics technically beautiful? Maybe not–but there’s still some damn good art on display. Scientifically Proven absolutely revel in the Castlevania aesthetic; monsters are instantly recognizable and levels are varied without resorting to the cliches of fire-world, ice-world, air-world, etc. Each stage gets its own musical themes, and though longer, more varied loops would have been nice, each track is deliciously appropriate to the level at hand.

The thing about Blood of the Werewolf is that it doesn’t ever apologize for being what it is: a panegyric to the action platformers of the 80s and 90s. When its controls don’t trip it up, Blood of the Werewolf offers some of the most satisfying platforming this side of Super Meat Boy. The exhilaration of leaping between crumbling platforms while dodging homing bullets and spike traps captures the best moments of Mega Man, Ninja Gaiden, and Sonic the Hedgehog all rolled into one glorious instant. Even at its most infuriating, the platforming is so deliberate in its construction that you can’t fault Blood of the Werewolf for poor design. Every new challenge is carefully introduced to the player before the complexity is ramped up, meaning the player is rarely surprised by new traps. Scientifically Proven designed Blood of the Werewolf to screw with their players, and boy did they ever succeed.

Personally, I found the challenge a bit too heavy for my tastes, but it’s hard to fault a game for doubling down on what appeals to its target audience. The only real flaws I can point to are the imprecise control scheme and lame combat. The character knockback and lack of mercy invulnerability–while incredibly frustrating–were conscious decisions made to increase the difficulty. It’s a bit of a shame, though. If it had been just a hair more approachable I think I’d be howling Blood of the Werewolf’s praises, but Scientifically Proven’s creation has a few too many teeth for me.[singlepic id=17215 w=620 h=350 float=]

An impeccably crafted panegyric to the platformers we all grew up with, Blood of the Werewolf is hampered by imprecise controls and a dedication to difficulty that, perhaps, goes one step further than it should.