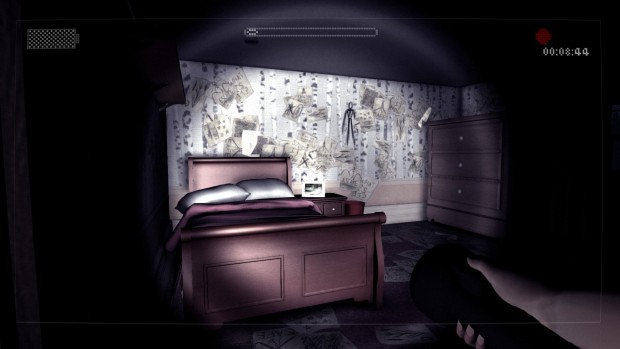 Although die-hard horror fans will argue that it never truly went away, the genre seems to have made a resurgence in recent years. Recent entries into the fray like Amnesia and Outlast, now infamous thanks to countless Youtube “Let’s Play” videos, have brought in thousands of gamers who had never played or even considered a “scary game” before. The success of the original Slender, bolstered by the fact that it was free, provides additional evidence of the widened appeal horror games have achieved in just a few years. In Slender: The Arrival, I expected to find not just a continuation of the first game, but an expansion of it. Where Slender: The Eight Pages was a proof of concept, a demonstration of potential, I expected The Arrival to be a full, fleshed-out, fear-filled experience. Unfortunately, what it is instead is more of the same; less heart-racing and fright, more frustrating and trite.

This is especially disappointing considering the promising start to the game. The title is divided into five chapters, the first of which manages to outshine almost every aspect of the original game despite its brevity. You start the game on a dirt path through a field, on what would be a lovely fall day were it not for the sense of foreboding so carefully crafted by way of the creepy soundtrack and rapidly darkening sky. As you proceed down the path and approach an apparently abandoned house, the game displays a clear understanding of what is the key to a great horror game: anticipation. Knowing that something bad is going to happen, but not exactly where or when, keeps you on edge and makes the scare all the more scary when it finally occurs.

The first chapter is largely used to set up some of the narrative of the game (largely influenced by the Marble Hornets ARG series on Youtube), but it rides that wave of anticipation through until the beginning of the next. The second chapter is the first time I spotted Slender Man, standing on a distant hill, watching me for a few minutes before teleporting away. It was a hint at what the chapter would hold, but one I apparently read the wrong way at the time. In a disappointing case of expectations versus reality, where I assumed there would be a gradual escalation of the tension created throughout the start of the game, I found instead a rapid wearing of my patience.

Now in a forest behind the house from the first chapter, I picked up a shimmering item nailed to the side of a building and found myself reading a familiar message: “Note 1/8.” Naïve, I thought the developers had cleverly inserted an homage to the original game within the sequel. The speed at which I managed to locate the first couple of pages seemed to reinforce this; a relatively short time spent reliving some of the charm of The Eight Pages, and then I could get back to the real game, right? No such luck. Rather than simply referencing the first game, Parsec has embedded it in its entirety.

The simplistic and often frustrating mechanics of the first game are back with a vengeance, as you are forced to traverse a (perhaps intentionally) poorly designed level in search of eight notes while being pursued by an ever persistent Slender Man. In my several attempts to complete the second chapter, the game managed to undo all of the progress made in the first in one fell swoop.  The tension was gone, replaced with frustration. Sightings of Slender Man became so regular and repetitive that they were met with annoyed eye rolls and sighs instead of fearful gasps or screams.

These mechanics could be partially forgiven in the first title because it was free and presented as a novelty, but it just seems lazy in a sequel that strives to be taken more seriously. It doesn’t help that this basic formula, which I had already soured on by the end of my disproportionate time spent with the second chapter, basically comprises the remainder of the game. In chapter three, you have to find and start six generators while being pursued by an otherworldly creature. Chapter four? Lock eight windows and doors as Slender Man tries to enter the house. The final chapter, with a completion time of under a minute, doesn’t even really bear mentioning.

The minor variations aren’t enough to distract from how repetitive, unoriginal, and ultimately boring the core concept of the game is, and the sub-60 minute play time isn’t enough to make you feel invested in the narrative or the main character. You might appreciate the clear graphical advancements over the first game, but only between rounds of tag with AI whose pursuits seem sometimes inexplicably random, sometimes laughably predictable, and almost always frustratingly unfair. These flaws are made all the more disappointing when you recall the promise held by the opening minutes of the game, whose heights are occasionally glimpsed from a distance but never approached again.

Slender: The Arrival wants to be seen as a serious entry into the horror genre, but it fails to put the effort into the gameplay mechanics and artificial intelligence that would merit the honor. It seems almost afraid to spend too much time on the atmosphere and tension-building that make for a truly frightening experience, as if players will forget their fear unless an enemy is consistently in sight. Unfortunately, this overexposure breeds immunity rather than hypersensitivity, and makes the game's brevity a welcome respite from the resultant boredom and disappointment.