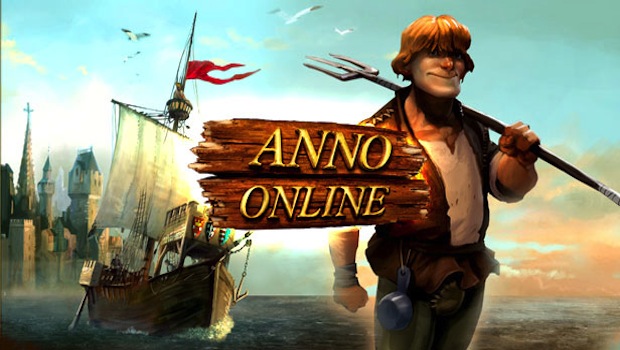 There’s little that can adequately match the feeling of watching your very own city grow. Out of nothingness blooms a territory-gobbling empire that can stretch on for miles. Such is the satisfaction that can be derived from Ubisoft’s Anno Online, a terrific settler-sim that employs a browser-based module (which I found to be of tremendous convenience while playing at work). It’s also free-to-play, and the current Open Beta version dropped on May 14th in English following some prior closed beta and German-language versions.

[singlepic id=14188 w=320 h=240 float=left]Anno comes with a variety of challenges that can seem daunting at first, and there are certainly some games that either destroy you with early setbacks or coddle you so it’s no fun at all. The hurdles (mixed with tutorials) presented here strike an impressive balance. The terrain is unforgiving, and financial management always my weak spot, but the game teaches you how to tidy up your shortcomings through a series of quests that introduce you to different aspects of the game.

[singlepic id=14187 w=320 h=240 float=right]You start on a small portion of an island called Newport (the game requires you to explore it section by section), located on a huge global server that saves your progress automatically when you log off. Workers continue to harvest resources even when you aren’t playing, however, and sometimes it’s necessary to give them a chance to catch up after you’ve spent a couple hours upgrading pioneer residences to house vassals. The currency system allows you to purchase ‘rubies’ for real money, and then spend them in turn on a huge list of valuable goods that can rapidly aid your expansion efforts, including basic coins, which are the lifeblood of your in-game economy.

[singlepic id=14183 w=320 h=240 float=left]In terms of controls, it’s perfectly intuitive – no real need to elaborate here. You can zoom up to a surprising distance in or out, which I appreciated in terms of getting a wider sense of my growing city, but it also gives the player a chance to really admire the detail that the developer Blue Byte poured into this little gem. Look close, and you’ll see women in colorful dresses haggling at the market, brawny fisherman hauling home the day’s catch, or deer prancing through the untamed forests. The graphics are delightful, and come off looking more like a tiny, minutist painting that overflows with life (and it’s mine, all mine!) The game takes place in a sort of 16th century explorer’s world, maybe several decades after Christopher Columbus first hit the shores of America, and I thought the visual style blended perfectly with the atmosphere of a new land, new discoveries, and work to be done in the name of the Lord (and expansion)!

[singlepic id=14192 w=320 h=240 float=right]Anno gave me a chance to relive some of my absolute favorite memories of playing games like Caesar III when I was a kid. It’s a rare thing when a build-’em-up can capture that elusive feeling of adventure and satisfaction when your settlement finally becomes a thriving metropolis. The game is sweet, charming, and doesn’t require an intense devotion or measure of concentration in order to derive a lot of joy. The browser-based system functioned flawlessly in my experience of a couple weeks, and I had a tab with the game open on my laptop at work more often than not, checking in to pave a few roads or build a new tavern whenever I had a little downtime. I love that it’s free, and the community was engaging and insightful whenever I posed a message in the server chat room. The bottom line is that if you’re into building little virtual cities with unlimited potential, and want to do it in Chrome (for free), there’s really no reason you shouldn’t head over to anno-online.com right now to give it a try.