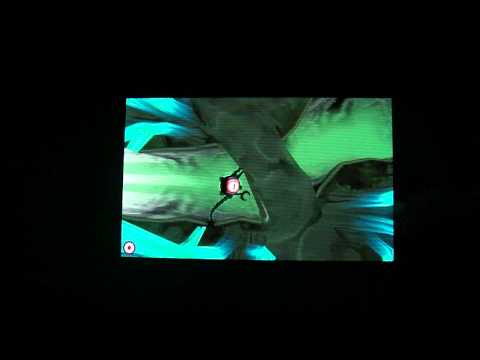 Born to PC and WiiWare , Press Play’s character Max of Max and the Magic Marker was a well-received 2010 Windows Phone 7 game that eventually made it to iOS. Similar to Crayon Physics, the game was based on using a magic marker to help navigate Max through a side-scrolling platformer. Each segment of every level gave you limited ink with which you could draw whatever it was you needed to succeed whether it be a staircase, bridge or a host of other simple object shapes.

Max: The Curse of Brotherhood is a wholly new game, with new controls and released (initially) to the Xbox One marketplace as a downloadable title. This go-round, Max isn’t able to simply draw what he wants anywhere on the screen. Instead, we use the magic marker to engage strategically placed elements to extend ground, branches, vines, waterspouts and eventually fireballs to get past beautifully detailed and quite deadly landscapes to save his brother.[singlepic id=17708 w=620 h=350 float=center]

The story is a modern-day version of Labyrinth – in a fit of frustration, Max invokes a spell he finds online to get rid of his annoying little brother Felix, only to then have to enter a magical world to rescue him. More than the story, the gameplay itself is noteworthy. Traveling through dark caves, vine-covered forests, volcanoes and more, the use of the marker is the center of the action. I was originally concerned as the first few levels were pretty simple, but as I progressed I found satisfaction in the challenges. There were times in Max: The Curse of Brotherhood that had me experimenting – sometimes combining powers is the only way to proceed.

[singlepic id=17705 w=620 h=350 float=center]If I were to compare this to another platformer, it would be a less dark version of Limbo. The visuals can be downright stunning, and death comes swiftly. Thankfully there aren’t any really long replay sections, save a few chase scenes. I found very little irritation in dying as (for the most part) you spawn back on the last solid ground you were on. Some of the puzzle-platform elements are uneven, but since there are no extra lives or number of continues to worry about, there is no reason to shy away from exploration.

And there is a reason to explore – with 75 eye stalks scattered around to destroy and 18 pieces to a broken amulet to collect, some very clever use of puzzle-platform goodness can be found here. Max: The Curse of Brotherhood let me impress myself with my own creativity – sometimes there is more than one way to solve a problem and I noticed that some flawless executions were automatically recorded. With 7 chapters and 24 levels, Max’s adventure spans 4-6 hours on the first run-through. From the level selection menu they tell you what you’ve missed along the way, so replaying levels has direct value.

[singlepic id=17704 w=620 h=350 float=center]
If there was one thing I wished the game had it was a set of extra-hard levels to use your full suite of magical powers – by the time you’ve earned the last power (fire) there isn’t a whole lot of game left to enjoy. There is one point where you’re moving through one of the last chapters when you need to use vines to descend: it reminded me strongly of Press Play’s other big game, Tentacles. That level of challenge is something I’d love to see as add-on content that doesn’t necessarily have to fall into the storyline – it was beautifully executed and shows what they, along with the Unity engine, can accomplish.

[singlepic id=17709 w=620 h=350 float=center]
On the other hand, I found the game to crash or lock up occasionally. It seems to happen when left paused for extended periods and either the controller turned off or my profile wasn’t properly loaded. By highlighting the game on the Home tab of the Xbox One console, hitting menu and choosing quit, I was able to restart the game and continue right from where I left off. I don’t know whether to lay this at the feet of the software or the console itself. Other Xbox One games have shown weird problems like this; I’m content to mention it without harshly marking down the score. Since you’re never forced to restart levels when this happens, it comes as only a minor inconvenience.

For a forgiving and approachable puzzle-platformer, Max lands on his feet and brings us a fantastic gaming experience. Even at a price of $15 it is easy to recommend. Great for all ages, the plot is light and the puzzles are fun from an otherwise innocuous re-imagining of a touchscreen game. Well done, Press Play - we want more!