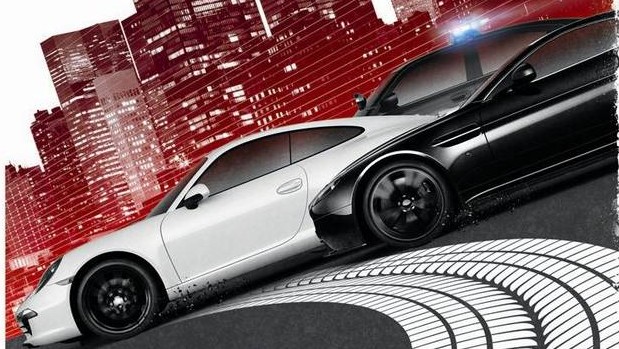 It’s a shame more publishers don’t see the Wii U as a viable platform. You don’t always have to cram in half-baked modes and functionality into the Gamepad – the thing’s got perfectly functioning buttons and analog sticks, too. The Wii U is a capable system – at least with current generation games – and games like Tomb Raider, or the upcoming Bioshock Infinite seem like they’d be perfect matches for the hardware, given Nintendo’s desire to bring back hardcore gamers into the fold.

Luckily, not all developers see Nintendo’s hardware as a lost cause, as EA and Criterion Games have brought over Need for Speed Most Wanted, our choice for racing game of 2012. They’ve taken what makes what makes outrunning cops around the town of Fairhaven thrilling, slapped a big, fat U on it, and readied a fast and furious road trip for Nintendo fans – unfortunately, it seems to hit few speed bumps along the way.

Everything appears to be brought over intact – the numerous, ridiculously powerful cars that you can drive as soon as you find, the tons of races and events all set in a sprawling open world, and the multiplayer which integrates everything together while you play with friends. Ron’s review does a fantastic job of describing how last year’s racing game impresses and excites around every turn – check it out for a full rundown of how it works.

[singlepic id=11169 w=320 h=240 float=left]In addition to all of the original gameplay modes and options, Most Wanted U also comes with the “Ultimate Speed Pack” – the first of several DLC packs released – adding five luxury vehicles and new races and challenges for each of them. It’s a nice little bonus for those who waited to pick up the game, but it’s doesn’t do anything radically different other than adding some more meat on an already meaty racing game.

What does change how Most Wanted plays is the addition of the Wii U’s Gamepad. With the push of a button, you can instantly put the game directly on the touchscreen, and play while someone else takes over the television. I’ve said it before, and I’ll say it again – if developers port their games to the Wii U and only make use of this feature, I will buy the Wii U version of the game, no questions asked. I cannot stress enough the convenience of being able to play games while my girlfriend watches her stories on the couch, and this feature works fantastically here. You also get some Miiverse connectivity – you can make posts onto the Most Wanted U message board directly from the game itself, and your Mii also becomes your in-game avatar. It’s not much, but it’s nice to know it’s there.

In addition to these handy little features, Criterion Games have also made a few interesting additions by adding some functionality to the Gamepad itself – with questionable results. Unique to the Wii U is a “Co-Driver” mode, which allows players to make some… illegal modifications (car humor!) on the fly while another player drives using a Pro controller, Wii Remote, Nunchuck, or some ungodly combination between them. It’s an interesting idea, but it all seems a little, well, half-baked.

First off, you can change your car on the fly without even accessing EasyDrive. It sounds like a great idea in theory, until you realize you can only use the touchscreen to choose the particular make of the car, and not the actual car itself. Want a different Ford further down your ever-increasing list of cars? Keep tapping that button until you get to the one you want, each press accompanied by a brief, yet jarring, loading screen. It’d be great if I could switch my car without even messing with EasyDrive (as using it is on par with texting and driving), but its implementation is very poorly done. And, apparently, I’m also supposed to be able to switch my modifications on the fly with the same ease – but it either doesn’t exist, or I’m unable to find it.

The same goes for the map functionality as well. It’s a nice feature, and it highlights all of the hidden objectives and cars for you to find, but it’s supposed to be able to warp you instantly to any objective. Or, that’s at least what I’m lead to believe – but I’m either not doing it right, or that feature isn’t there.[singlepic id=11168 w=320 h=240 float=right]

Speaking of the map, several of these included buttons fundamentally change how Most Wanted is played. With the press of a virtual button, you can turn off traffic, switch from day to night, or immediately disable the closest police car in pursuit. I get that these features are supposed to help when you have less experienced drivers behind the wheel in Co-Driver mode, but these options are not disabled during single player, allowing players to give themselves a slight unfair advantage as they’re playing. It doesn’t break anything (it’s really easy to just not use them at all), but it all feels like they were thrown in as a way to artificially differentiate itself from other versions.

Sadly, the graphics do this well enough on their own. While not terrible by any means (and it’s impressive that the game runs as smoothly as it does on both the TV and the Gamepad), certain concessions were made to get it to play as well as it does. Namely, textures are far less crisp, and aliasing problems are far more noticeable than its other console counterparts. Most Wanted U clearly has that unmistakable “port” gloss to it – where the graphics don’t look bad, but they clearly don’t look as good as a game that was made specifically for the console. It’s not a bad looking game – and most of these issues are nitpicking, to be sure – but I would be remiss if I didn’t mention that the Wii U version is definitely not the best looking console version on the market.

[singlepic id=11167 w=320 h=240 float=left]Also of note – I had to hard reset my Wii U twice while playing. Both times happened while pressing the Home button on the Gamepad during the slow-mo replay of a particularly gruesome crash. The first was on accident; the second happened the next day while I was purposely trying to replicate it. I’m not sure if this is a fault of the game or the system, but it’s important to remember: wait until you’re back on the road before checking if your friend has logged on.

Criterion Games have stated that Need for Speed Most Wanted U is the definitive version – and for newcomers to the experience, this is absolutely true. You get the same great racing game, with a few new cars, a handful of new features (some better than others), and the godsend that is off-screen play. But for those who have taken the plunge already on PC, Xbox 360, or PS3, the new features don’t necessarily outweigh the technical issues this version adds to the mix. For that, it makes the Wii U version a harder sell compared to other, more technically competent ports to the system. It’s got a pretty good engine under the hood, but the paint is starting to peel.