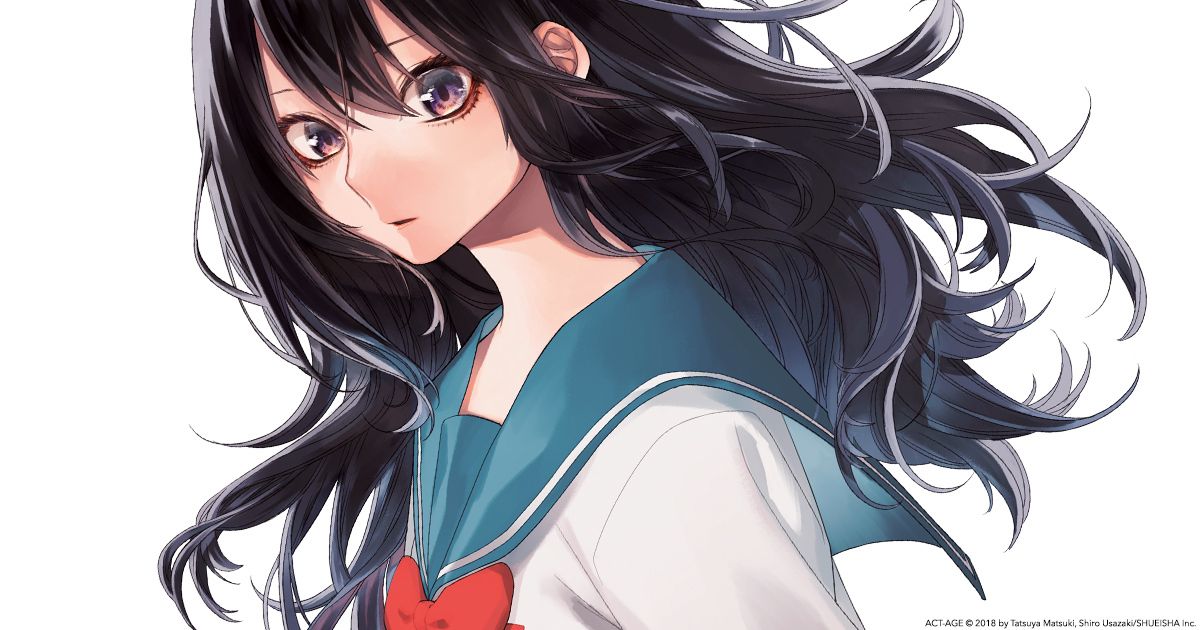 I have been waiting years for Act-age to make its western debut. Ever since it started running in 2018, I’ve longed for the day I could read past the first three chapters; oddly enough, it was one of the series that was part of the Shonen Jump’s Jump Start initiative which chronicled the first three chapters of new serializations, but that was it. Thankfully, the first volume is finally here, and it’s a lovely start to an unconventional shonen series. 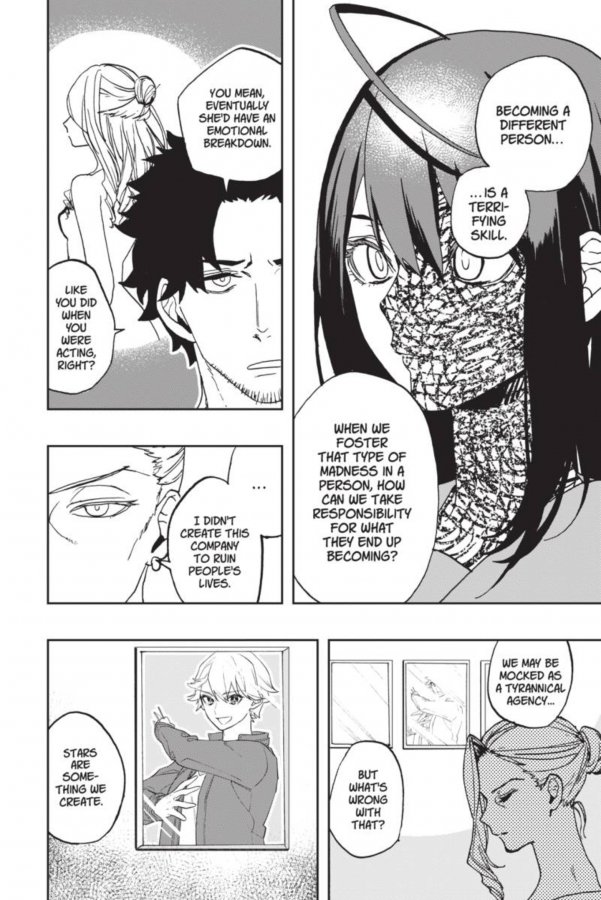 Act-age stars Kei Yonagi as a struggling student who needs to take care of her younger twin siblings after her mother passes away and father leaves. While she struggles making ends meet, she also wants to become a successful actor. After getting the attention of acclaimed film director Sumiji Kuroyama during an audition, she’s thrust into small roles that will challenge not only her method acting skills, but also her ability to find herself in the midst of playing the roles of others. This volume also highlights the cutthroat competition of talent agencies and introduces Chiyoko Momoshiro, a young yet talented star that commands the stage and acts as the ideal candidate that Kei strives to be. She’ll have to face countless others to get a role in an upcoming film before that happens, however!

Put simply, this is a surprising inclusion to the current Shonen Jump lineup of titles like My Hero Academia and One Punch Man. That said, it’s a refreshing and wonderful series that feels like previous Shonen Jump series Bakuman, except it explores acting rather than manga development. I like the slightly blank slate personality of Kei as she clashes with the hot-blooded Sumiji, who has a way of throwing her into acting situations that test her character.

Since it’s a premise that isn’t explored as much in shonen works, I enjoy how it still conforms to some of the usual trappings of the genre. The debut audition where Kei needs to act like there’s a wolf in the room is wonderfully powerful, and the panels are drawn like an intense manga battle. A series about acting also means that the protagonist can be in any situation and it feels natural, which means I can see it going in any direction on a dime yet still feel like the same story. The fast-paced nature of filmmaking is also portrayed quite nicely here, and the shonen art style works remarkably well on these pages. 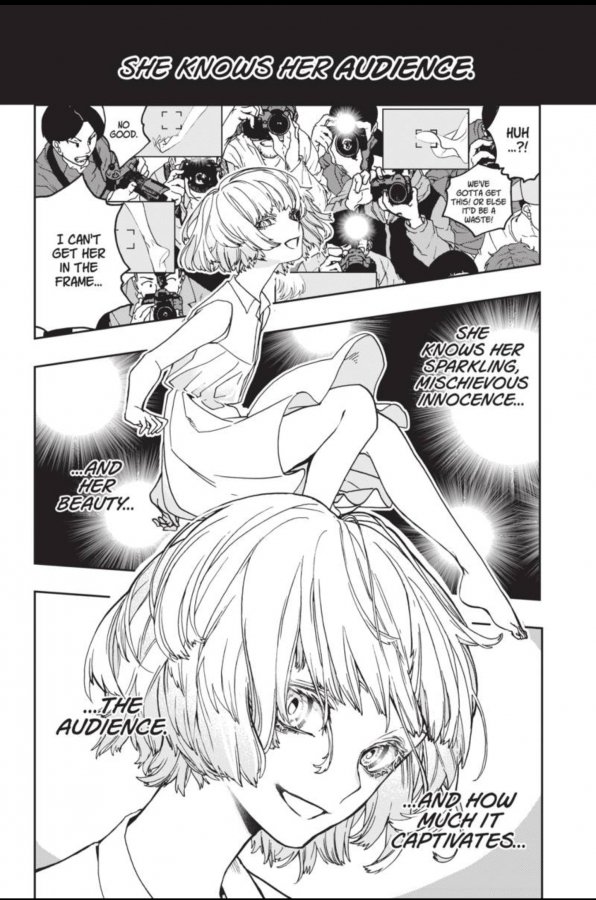 Act-age also shines a light on how competitive the acting market is in Japan. While there are introductions to new characters that might be important near the end of the volume, the second half of the volume goes into how serious the business can get, and how a newcomer such as Kei would be eaten alive if not mentored in the right direction. It ends on such a great note that I went out and immediately pre-ordered the next volume (which will be out this September).

I think one of the only real flaws here is that it doesn’t show Kei’s daily life as much and just goes into the acting bits of the series. While the act of balancing her school life and acting life is mentioned in a few panels (and she consults her younger siblings in her big decisions), it’s not fleshed out as much as it could be here. In addition, the backgrounds for the first few chapters aren’t developed, with a lot of focus being on the characters and foreground instead. It’s not too noticeable (especially since those settings would be an audition room and a house), but still a bit of an issue. However, it’s a strong start for what’s bound to be a great manga run. 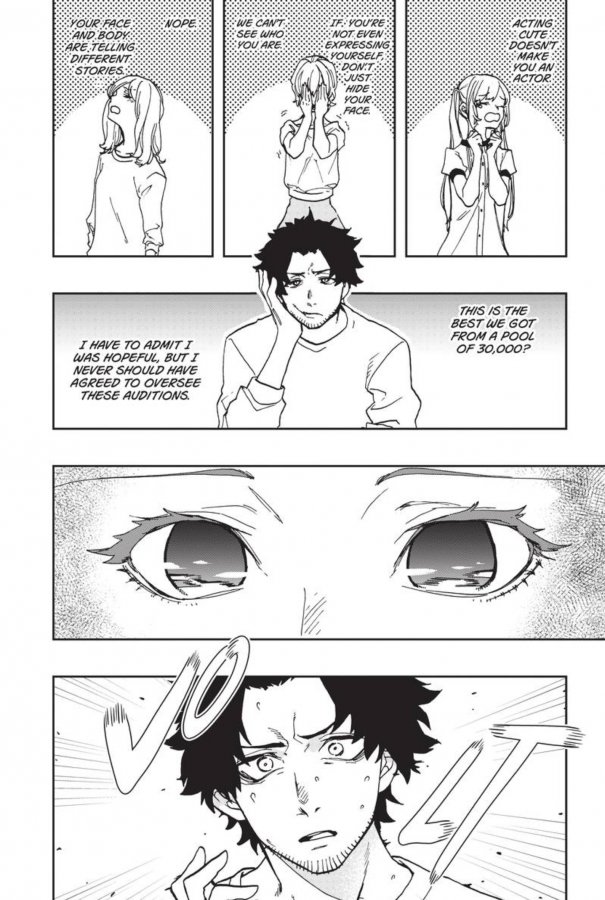 Act-age is not a series you think of when Shonen Jump comes to mind, but the first volume is a refreshingly remarkable debut. It has the potential to be a manga classic if it keeps up the quality premise and execution.

Elisha Deogracias is an aspiring accountant by day, freelance writer by night. Before writing for Gaming Trend, he had a small gig on the now defunct Examiner. When not being a third wheel with his best friends on dates or yearning for some closure on Pushing Daisies, he's busy catching up on shonen manga and wacky rhythm games. Mains R.O.B. in Smash. Still doesn't know if he's a kid or a squid.
Related Articles: Act-age Volume 1, Beyond the Page
Share
Tweet
Share
Submit