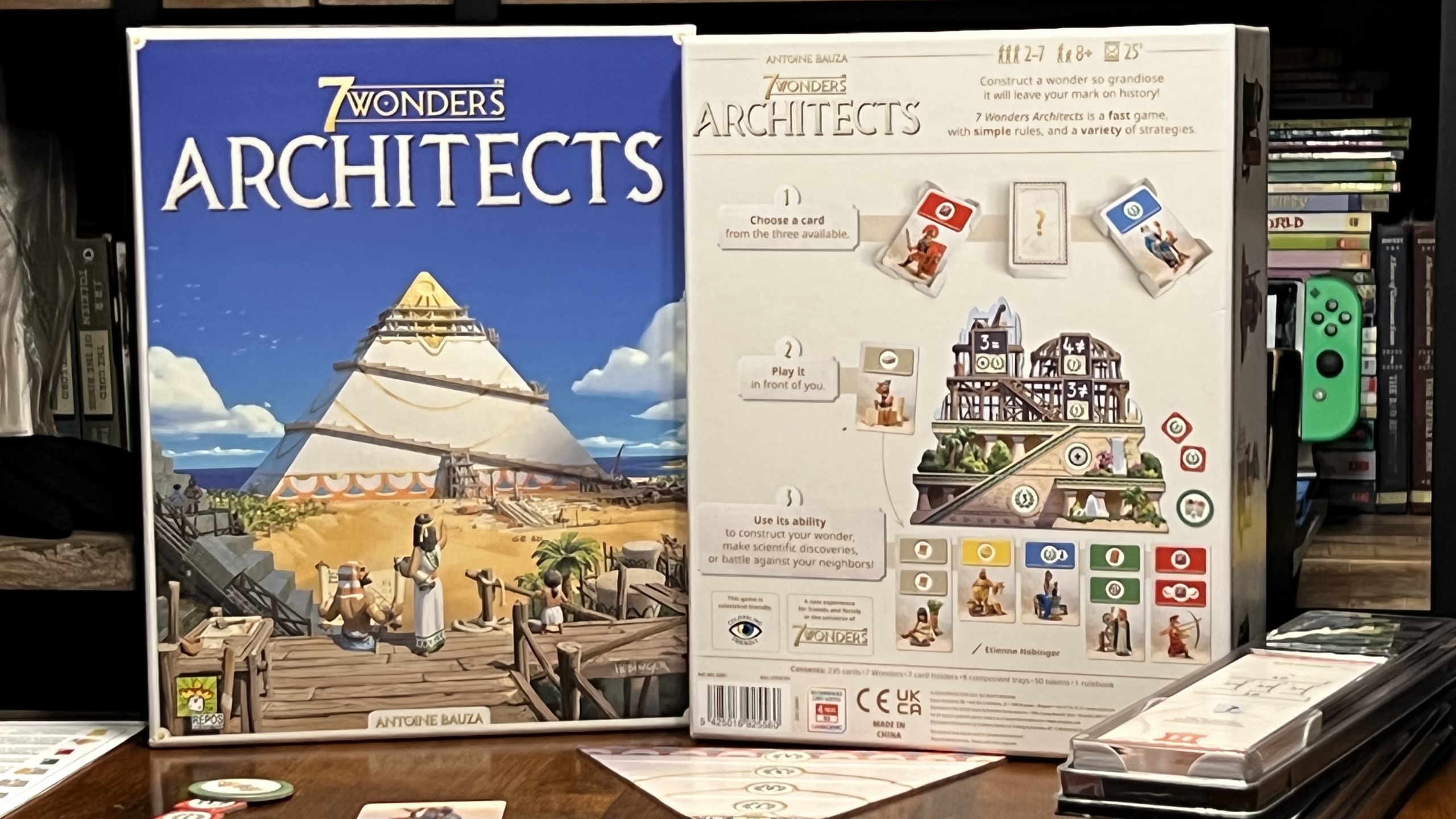 Architects exists somewhere between set collection, card drafting, and a party game, albeit with a focus on one end game objective. By moving from a strategic card drafting game to a game that is more luck based, and focuses considerably more on wonder construction, 7 Wonders Architects finds itself being a unique experience. As with most games and themes they are based on, developers either excel at creating a game that stays true to what their name sounds like, or they fall short and leave the consumer wanting more. 7 Wonders Architects achieves the former by combining both theme and art well. 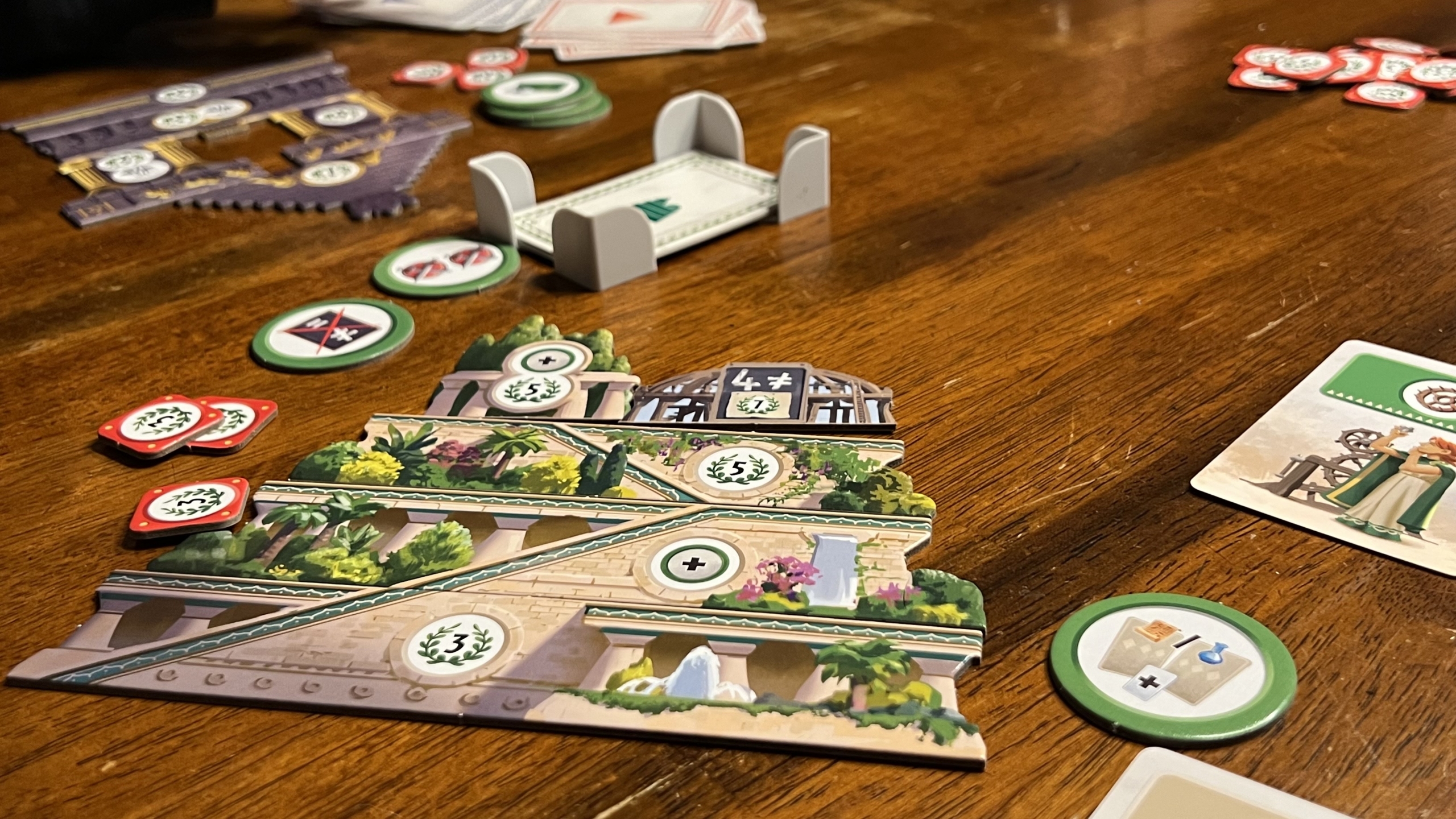 The main focus and ultimate conclusion of the game revolves around constructing your civilization’s Wonder. Each player is assigned a civilization, which comes complete with their own tray that holds the Wonder and deck that belongs to that civilization. Each Wonder has an asymmetric power to set it apart from the others. Decks are placed to the left of each player, between players, going around the table. Then a main regular deck of cards is placed in the middle of the table next to the amnesty/military tokens, and cat token. Each deck consists of different types of cards that aid in constructing wonders, count towards progress via progress tokens that provide points, military cards which contribute to your civilizations military might, and blue victory point cards.

A turn is simple: the active player chooses to draw from the deck to their left, their right, or the middle of the table. The player then places the card they drew in front of them, attempting to complete sets which will enable them to complete a level of their wonder, gain a progress token, fight a war, or take the cat token. The game continues until one player constructs all 5 pieces of their wonder completely. The production value of the game and its packaging is simple, yet nice, and makes setup and teardown easier than most games. Each wonder has its own tray for storage, with each tray housing each deck that belongs to the individual civilizations. With one final tray for all of the other components, the box is nicely packed with no excess space for things to get all jumbled. 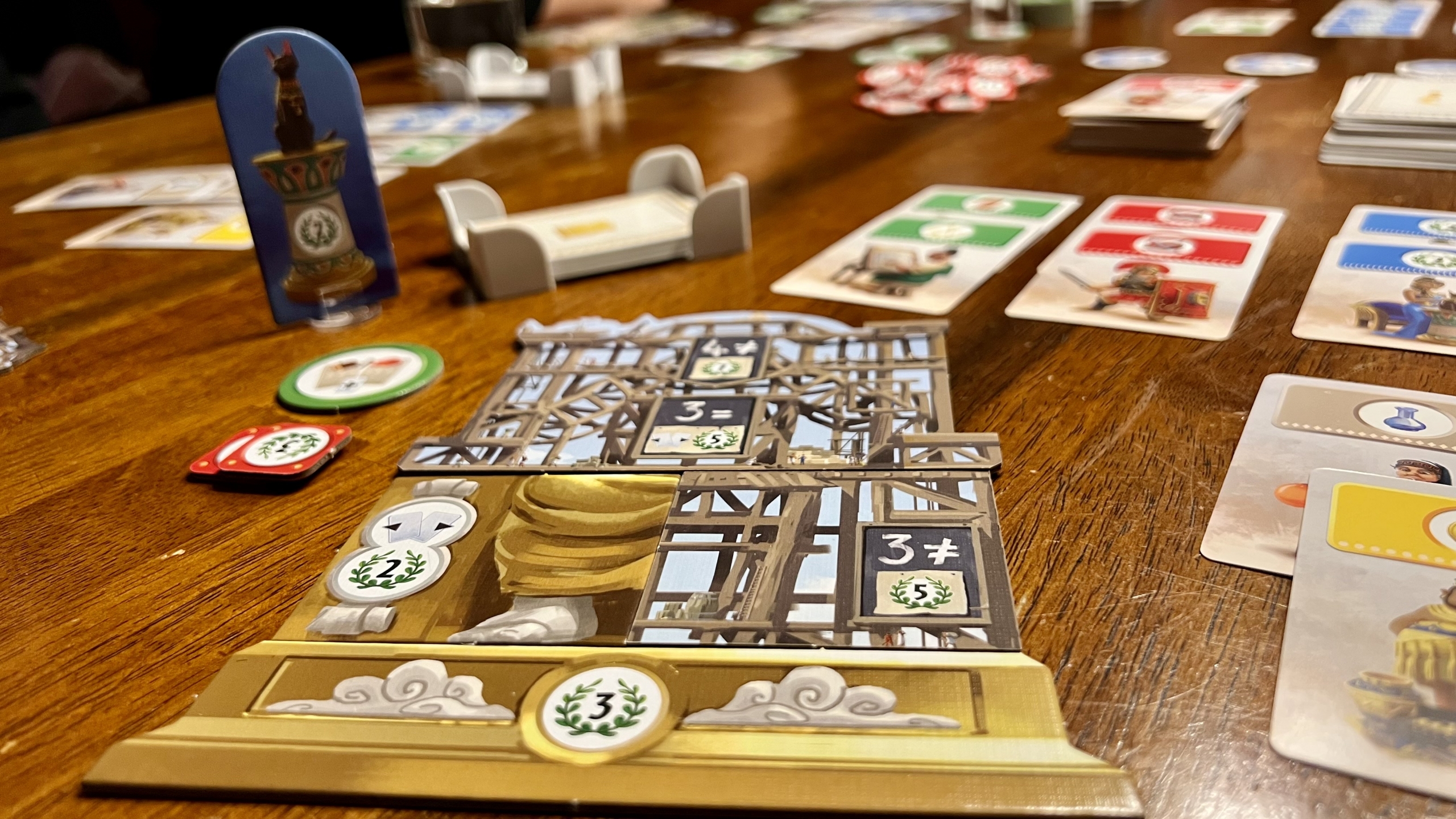 While 7 Wonders Architects does not present a deeper game, it does present a welcome addition to the 7 Wonders universe. It presents itself as more of an entry level game than its predecessor, and in doing so, opens itself up to be one of the better gateway games I have had the joy of playing. With more games being released every year, it is not an easy thing to make a game that wants to keep me coming back for more while keeping things simple. With that said I did have a little bit of hope, before I knew what 7 Wonders Architects was about, that the game was a lot deeper than the original 7 Wonders. At the end of the day, I can see myself wanting to play more of 7 Wonders Architects, but can also see playing too much in one sitting not being as long lasting as one would hope.