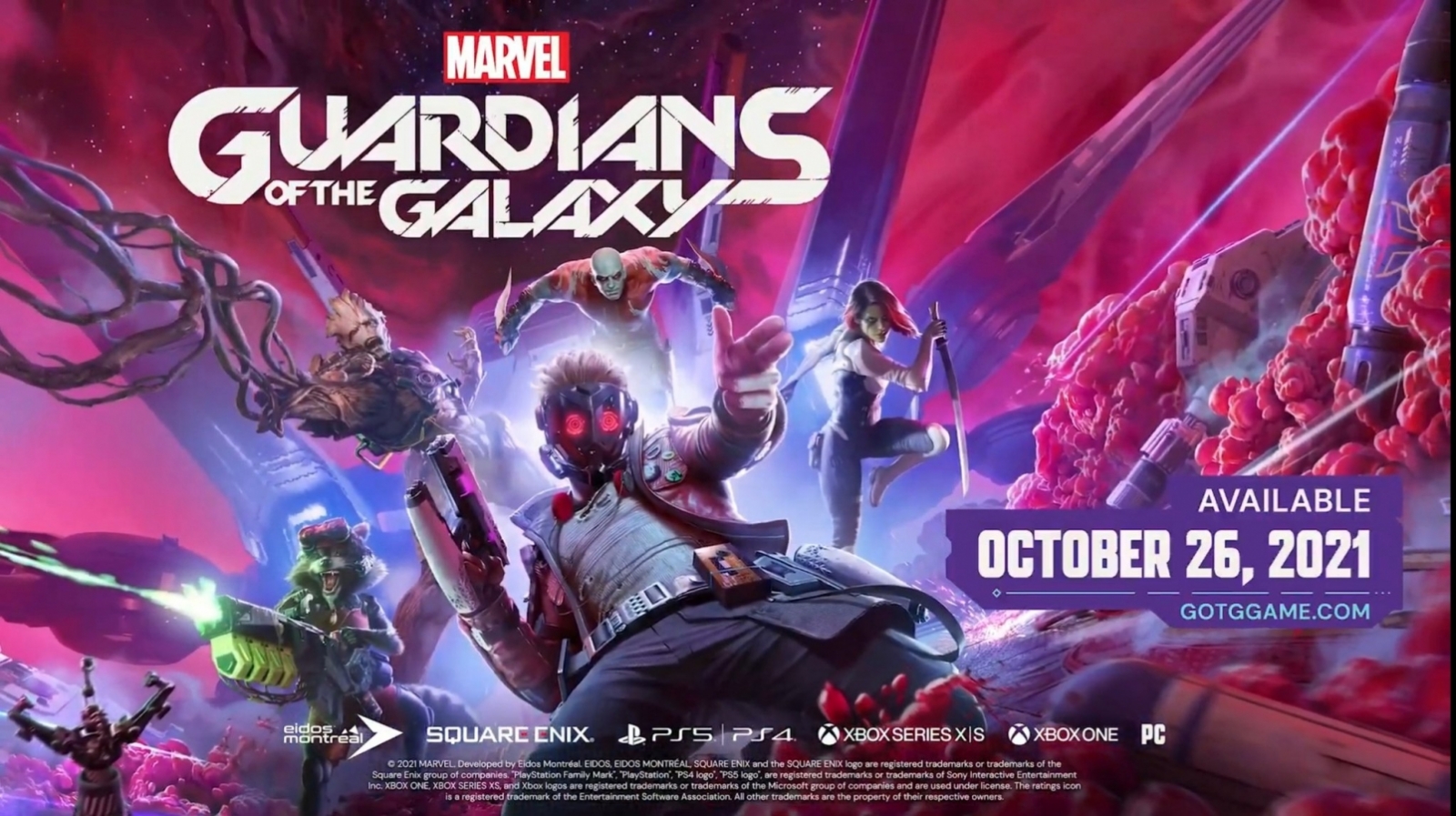 Back in 2019 we were introduced to Crystal Dynamics version of Marvel’s Avengers, and there was a lot of division on the title. While people liked the idea behind the game, the live-service aspect was off putting, with the design of the characters feeling strange. We recognized our favorite heroes, and some of the best voice actors available were behind them, but it wasn’t OUR Avengers. Sure, we’re a bit spoiled by a massive movie franchise spanning more than a decade, but it seemed like something that should be considered. Crystal Dynamics did their best, and we thoroughly enjoyed the single player story, but worries we had about the live-service model were realized in the final product (our review here).

So, you might be wondering, why am I even talking about Marvel’s Avengers? Well, a little developer named Eidos Montreal lent a hand to Crystal Dynamics. While you may know that already, behind the scenes they’ve been working on their own superhero title which I got to see in a preview event last week. And that game my friends, is Guardians of the Galaxy.

Let’s start with this: just like Marvel’s Avengers before it, Guardians will be an original take, but on this legendary cosmic team. If we can remember that, it’s easier to take some of the details that were revealed on their own rather than based on what we know from the movie franchise. Never fear, this game is leaning into the spirit of the Guardians we know and love, with more action, irreverent comebacks, and 80’s music than you can shake a stick at. Although Rocket would probably shake a stick at it.

While Marvel’s Avengers focused on the co-operative aspect of playing as a team, Guardians of the Galaxy forgoes that to hone in on a single player experience. But aren’t the Guardians a team you ask? Yes, but the focus of the player will lie directly on Peter Quill, otherwise known as Star-Lord. This allows for a pretty interesting gameplay loop that will involve decision making, as well as calling on your teammates to pitch in during a fight.

The gameplay we saw of Starlord reminded me a little of Black Widow from Marvel’s Avengers, but trading the acrobatic and fluid attacks for more fast and frantic brawling. And jet boots, we can’t forget about jet boots. While you are doing your thing, the other Guardians will be around you, fighting it out with your current foes, but also with special moves Star-Lord can direct them to use on the enemy you choose. These seem to be on cooldowns like an RPG would have, and Star-Lord has some abilities of his own to use as well. I watched as Star-Lord yelled at Groot to capture a big jelly blob with his branches, and then he finished it off with a barrage from his blasters. 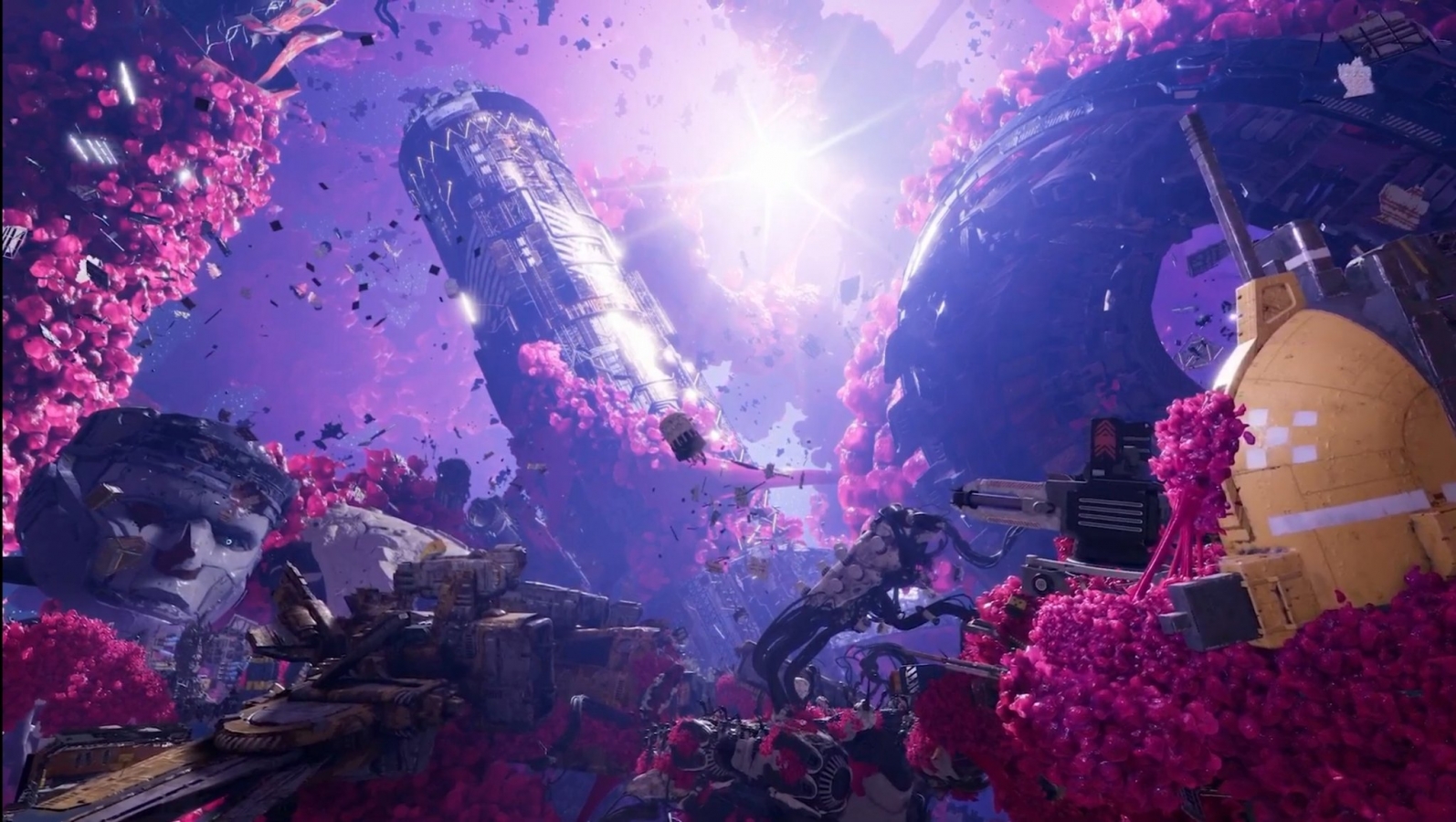 Some may be disappointed to hear that Star-Lord is the main character, especially since most thought during the rumors of this game going around that it would be co-operative, but it looks to me like this is going to work out for the best. One of the first cutscenes we were shown has the Guardians arguing around a card table on the Milano (yes, the iconic starship returns), and in the middle of it you have to decide which of the team members to hear out. As Olivier Proulx, senior producer, mentioned in the panel, “The decisions you’ll make will have light-hearted to haunting repercussions”, and during the gameplay I could see where that was going to come into effect.

There’s a moment where everyone is trying to figure out how to get to the other side of a chasm to activate a bridge, and Drax being Drax grabs Rocket intending to throw him. You have a choice at that moment whether to stop him, or encourage him. In the gameplay we saw, Star-Lord encourages him, and the reward, besides the bridge extending, is a little notification at the top left letting me know that “Rocket is furious that you let Drax throw him”. You may recognize these kinds of decisions from the Telltale games, and it certainly seems like what you choose is going to matter, both on a small or large scale, and it will be a substantial part of the game.

As for your favorite characters, let’s go back to that paragraph where I said this isn’t the movie. Even while it’s not, the Guardians don’t lack charm, with tons of hilarious and risque banter. The dialogue in general seems like it’s going to be a real treat, with a constant back and forth that you would expect from this crew. For example, there’s a moment where Drax comments at Lady Hellbender’s castle in the distance, “That is not a castle, it is an impregnable fortress!”, to which Rocket responds, “So how do we impregnate it?”. The story is completely original, with the team looking to make a quick buck but causing an accident that starts a snowball of chaos. Of course, they wouldn’t be the Guardians if they didn’t at least try to fix their mess, and you’ll be doing your best to do so as you planet hop across mind-blowing locales and meet amazing characters on an absolutely wild adventure. 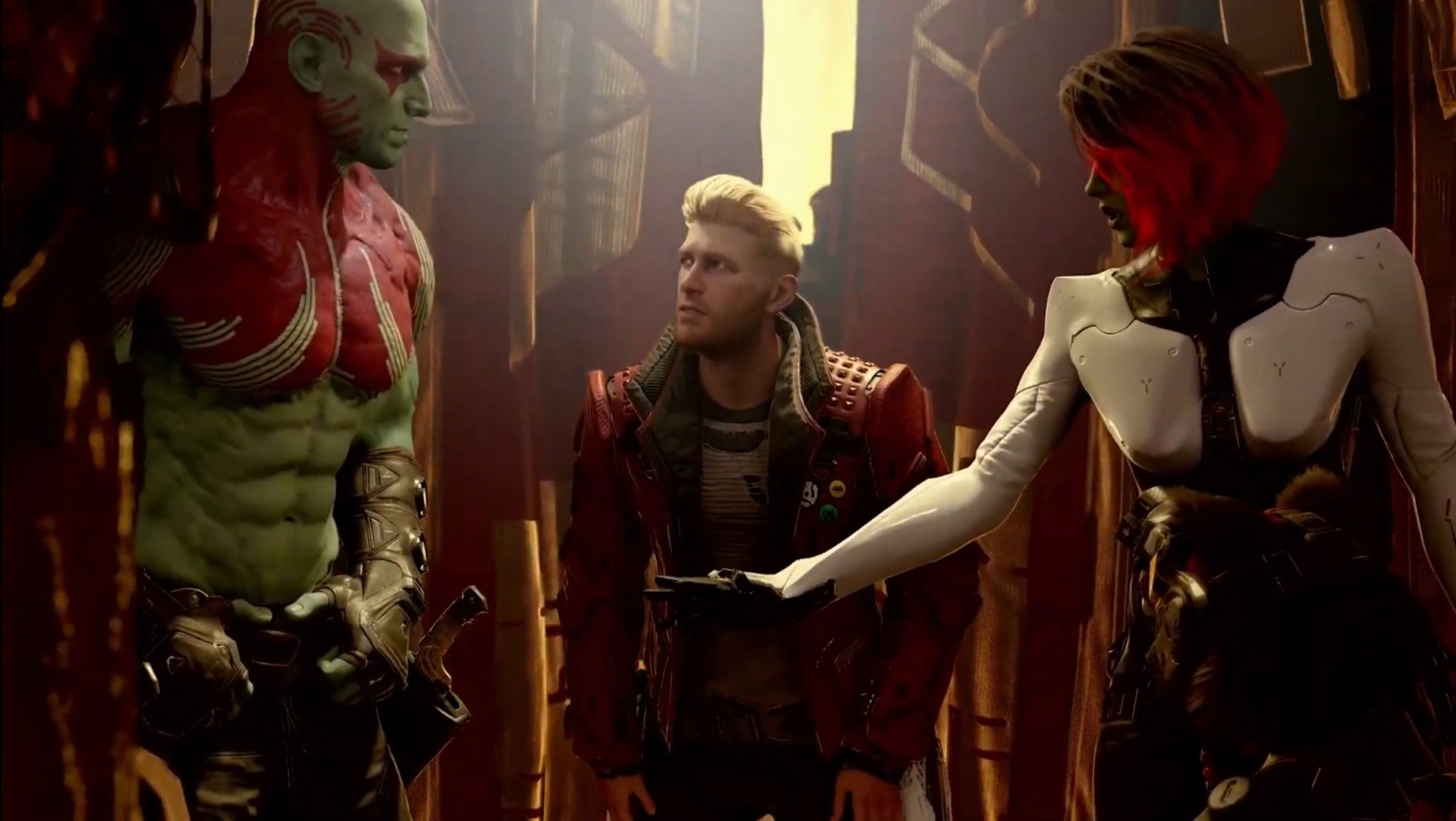 The looks and voices of the Guardians are arguably what will be the most jarring to MCU fans watching the trailers or playing the game. Star-Lord doesn’t look or sound like Chris Pratt, and so on and so forth. My argument is always that Spider-Man hasn’t always looked or sounded like Tom Holland, although the recent update to the Insomniac title certainly changed the look at least, but it still holds water. Once we get past that initial shock of our special space squad being different we’ll be okay. The cool part about this is there seems to be plenty of customization available in the game, so what you see at the start isn’t the end all be all. At the end of our presentation I saw several pre-order outfits, and one would assume there will be a lot to earn as you play through the game.

Speaking of earning things, the fighting you’ll get into certainly seems to give you some sort of “XP”. There was an encounter meter that filled during the brief gameplay segment, leading me to believe that there will be some way of leveling skills up, whether that’s your and your team’s weapons and armor, or the cooldowns and abilities Starlord uses. The gameplay looks like it will be fun to play, especially considering you won’t ever feel alone with members of the Guardians around you.

Now, it wouldn’t be a game focused on Star-Lord without a bunch of music, and Eidos Montreal has that covered. They’ve brought in a ton of licensed music from the 1980’s, with the likes of Pat Benetar and KISS in tow. The moments we saw in the gameplay also seems like the music will play a more impactful role, although Mary Demarle, executive narrative director, didn’t seem ready to expound on it further. In any case, expect plenty of set pieces with big musical numbers behind them.

The last thing to really cover based on our preview is DLC and microtransactions. To summarize, “There ain’t any”. Eidos Montreal wants you to be able to find all of the abilities and costumes as you progress through the game, and that’s definitely appreciated with how much time we might sink into this one. Also, there’s a llama in the game. Don’t ask me for context, just the messenger here.