I used to be into wrestling when I was younger, during a time when wrestlers including Hulk Hogan, Sergeant Slaughter, Ultimate Warrior, Undertaker and others from that particular era captivated my attention and energized me with their theme music. My heart would race when Hulk Hogan would go into his “indestructible” mode and the opponent could no longer inflict pain on him. Hulk would shake is head in defiance, eyes wide and chest with a renewed sense of inflation as he seemed to transform into a super human.

The Undertaker used to give me chills, his pale skin and stone cold glare was enough to strike fear into the heart of his opponents. Where was his power coming from? What dark dimension was channeling energy into the man who acted as though he was being powered by a mysterious, sinister force? At the brink of defeat, he would rise up like a corpse breathed into with new life, returning to animation and descending wrath on his rivals.

As it commonly occurs throughout the course of our lives, once-certain truths turn out to be nothing but an illusion and our young, malleable minds are left to cope with a harsh new reality. Discovering that Santa Claus wasn’t real was one of those moments for me, and discovering that professional wrestling is “fake” was another. My heroes, the men I considered role models and who I strove to grow up to be like, had turned out to be actors playing roles. The Hulk wasn’t truly indestructible, and Undertaker wasn’t powered by some dark force. It was too much for me to bear, so I turned my back to professional wrestling for good.

I should throw in a bit of a personal disclaimer: I’m well aware of the physical strains and the beatings these professional athletes take to do their jobs and I have the utmost respect for their work. There’s a reason why legions of rabid fans follow professional wrestling religiously, why a video game based off of the sport can sell boatloads of copies and provide an entertaining experience to someone like me who, although I’ve lost touch with the real sport, still love the video games.

WWE ’12 , its title omitting the typical “ Smackdown Vs. Raw ” moniker which past games have bore to reflect the rebooting of the franchise, is the latest iteration in the annually released pro wrestling series that generally has critics and fans of the games alike torn between what they love and hate about it. The good news is that the developer, Yuke, and publisher THQ have listened to the clamoring of its fanbase and added some really fantastic features which I think will go a long way towards offering a satisfying and authentic WWE experience.

As soon as you lay eyes on WWE ’12 , you’ll realize that the game has been given a hell of spit-shine polishing. Taking advantage of Predator Technology, which is the new animation engine and renderer, the character models have been vastly improved. If you’ve played the Fight Night boxing games, you know how detailed a sweaty, bloodied up fighter can look. That’s the level of detail you can expect in WWE 12, and it looks damn good. Even the Spartans in 300 can’t compete with these abs.

If you played last year’s Smackdown Vs. Raw , you’ll remember the animation being stiff and clunky, and the lip-syncing was really off. It was almost like watching a cast of actors hopped up on sedatives pretending to wrestle. Or like Britney Spears during a live performance. The bulk of these issues have been rectified and the result is a much more intense and realistic visual feel. The crowd has also been de-cardboarded and, while I didn’t get a chance to request an elaborate technical explanation, it appears that each crowd member is individually modeled and animated in 3D. I’m sure there is some cut and pasting of blocks of the crowd, but aside from every seventh person being a stubby White male in a tank top and baseball cap, the crowd appears rowdy and dynamic.

The elevated visual prowess isn’t limited to the goings on inside the ring, the arenas themselves are more true-to-life and crammed with more detail, even the interface and menus have been given a face lift giving an overall sleeker sense of presentation.

The gameplay itself is beefier in a sense that there are more layers to it, however, some of the issues I had, particularly with the grappling, had not evolved as much as I had been hoping. The most prominent addition to the wrestling mechanics is the limb targeting system. The limb targeting system is a modifier to your grapple which allows you to target specific limbs and effectively weaken that limb. You can “work” on a limb which gradually increases the negative side-effects. The side-effects follow a logical path: Weakening legs makes the wrestler slower, working on arms makes the wrestler less able to submit his opponent, and working on the head makes the wrestler more susceptible to becoming groggy.

The majority of your time, not counting how zealously you participate in multiplayer, will be spent in two modes: WWE Universe 2.0 and Road to Wrestlemania. Universe 2.0 is an enhanced version of last year’s introduction of the mode and offers a plethora of new features which will help streamline the match flow. New storyline triggers, the ability to create and organize your own show and Title matches, and a new allies and rivals system which affects how the various wrestlers interact with you in and outside of the ring, will provide a comprehensive platform for beating opponents to a pulp. Think of this mode as the arcade mode of your typical fighter.

If Universe 2.0 is Arcade mode, then Road to Wrestlemania is the story mode. This mode will play out similar to a single player campaign and will take about 10-12 hours to play through. Essentially what this mode does is give you an 18 month experience in the life of three different wrestlers, each with his own six month story arc. This is meant to give you a semi-realistic look into what it’s like to be a pro wrestler, minus the groupie love sessions (actually, that hasn’t been confirmed so maybe groupies are part of it).

The backstage areas will be where a large extent of the story develops with the wrestler interacting and dialoguing with everyone from body guards to fellow wrestlers. Although Road to Wrestlemania will be heavy on narrative, THQ promises the mode is actually fast-paced without an abundance of downtime as new events will always keep the momentum flowing.

Customization is a key element to the WWE ’12  experience, and in fact goes a step further than last year’s iteration in some very cool ways. New this year is being able to create your own arenas; improved upon last year are the creation of wrestlers, entrance videos, ring announcer introductions, and so on.

Since the multiplayer mode wasn’t available to try out during my hands-on with the game, I tried to get a guage from a few of the developers on what we could expect. From the sounds of it, not much as evolved from last year which isn’t necessarily a bad thing since the crucial aspects of it, like the net code and overall stability, was fine. As far as downloadable content goes, we can expect somewhat standard fighting game affair with a steady stream of new wrestlers to purchase.

My impressions of WWE ’12  are largely favorable, and thanks to a revamping of the graphics engine and an overall touching up of the visual and aural presentation the feel of the matches is more intense than ever before. Yuke and THQ accentuated the fact that fan services was an important aspect of the development process and the product of that is giving players a tenacious amount of control over how the game plays out. If you wanted to, you could create an entire experience consisting of wrestlers and arenas made up entirely by you without ever using the licensed content (not counting Road to Wrestlemania). We’ll see how fans take to the new additions, and whether or not they are enough to revitalize the franchise, when WWE ’12   releases this November. 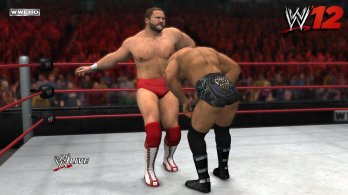 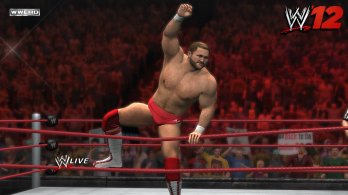 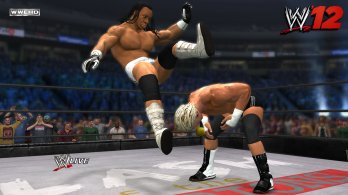 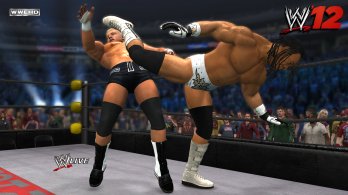 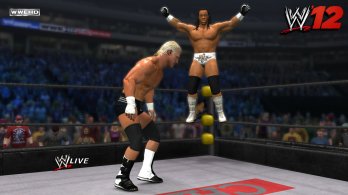 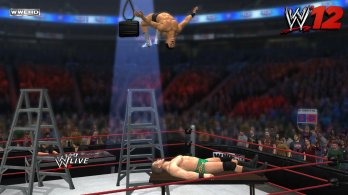 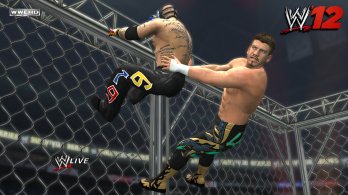 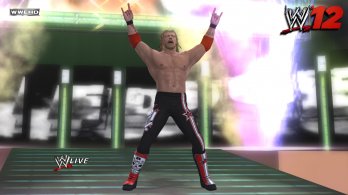 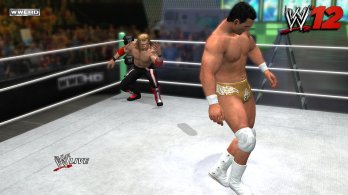