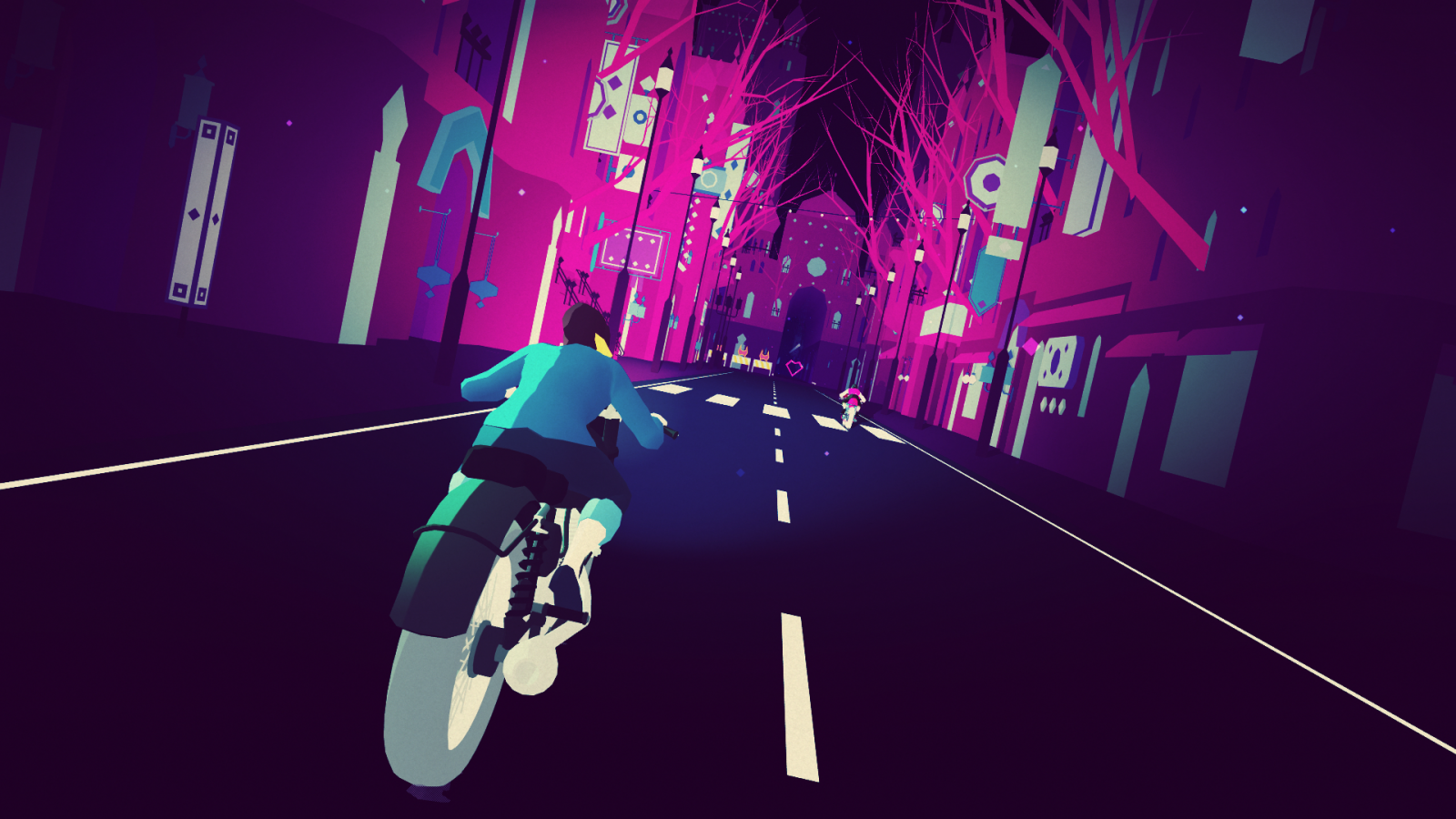 I felt like I just woke up from the most euphoric fever dream imaginable. Sayonara Wild Hearts is a game that blends stunning visuals with enchanting music, and all of it was choreographed to me through sound and simple gameplay.

The first few levels of the game were simple enough. You are The Fool, and your task is to take on Little Death and her star crossed allies; Dancing Devils, Howling Moons, Stereo Lovers and Hermit 64. This demo only featured the Dancing Devils, but I’ll get to that in a bit. 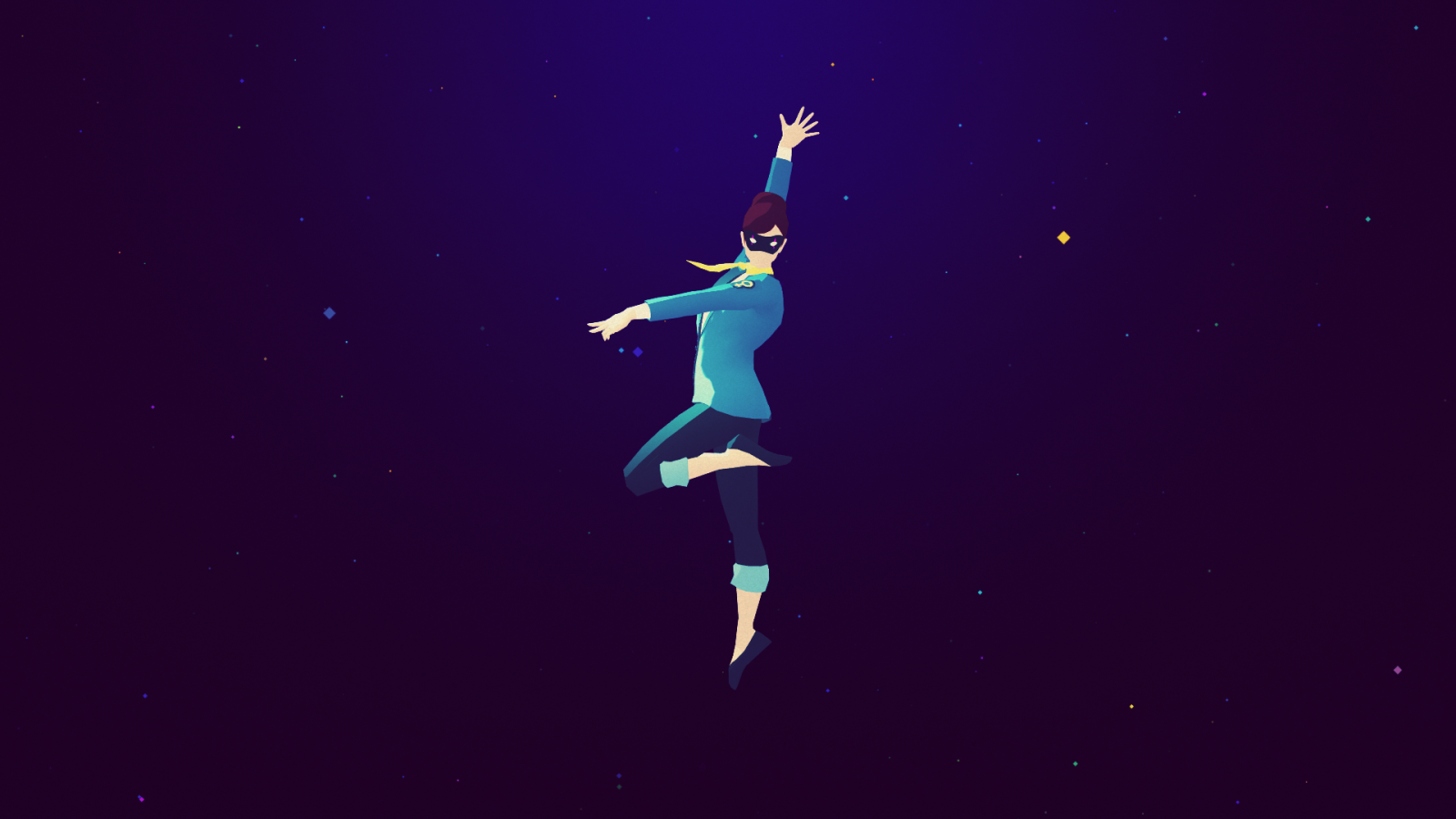 First you’re put onto a skateboard and as you slide down a slope, you move left and right to collect hearts for points. It sounds simple enough, but Sayonara Wild Hearts is a game that likes to ease the mechanics onto players without overwhelming them or flat-out telling them what to do. Soon enough, you go from being just a woman with a broken heart to The Fool.

Later levels feature you on a motorcycle riding through the city in search of the Dancing Devils while avoiding obstacles and gathering hearts along the way. These hearts contribute to your score, and a higher score will net you a bronze, silver, or gold ranking, which I’m sure will give more replayability when the game is released. 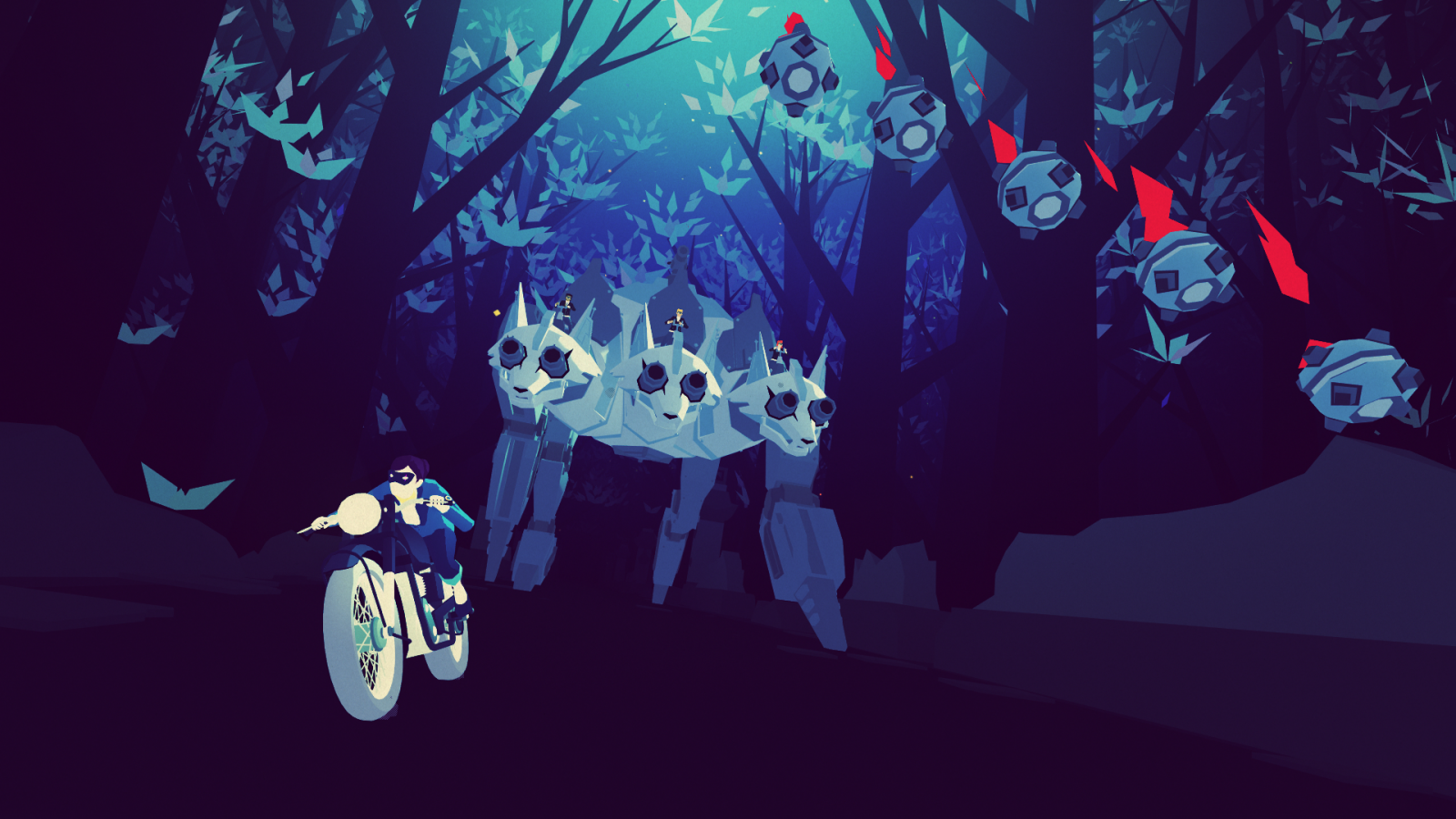 The highlight of the demo was definitely the fights against the Dancing Devils, a trio of masked characters in red, also on motorcycles. These sequences vary between a high-speed chase through the city, dodging their attacks by hitting the action button at the right time or moving (depending on the attack), and attacking them in rhythm with the music.

The soundtrack itself was incredibly catchy. After hearing the last song against the Dancing Devils, I had it stuck in my head during the rest of the day. When the game is released, I hope they decide to sell the OST, because the mix of pop and electronic music has the potential to produce one of the most catchy videogame albums of all time. 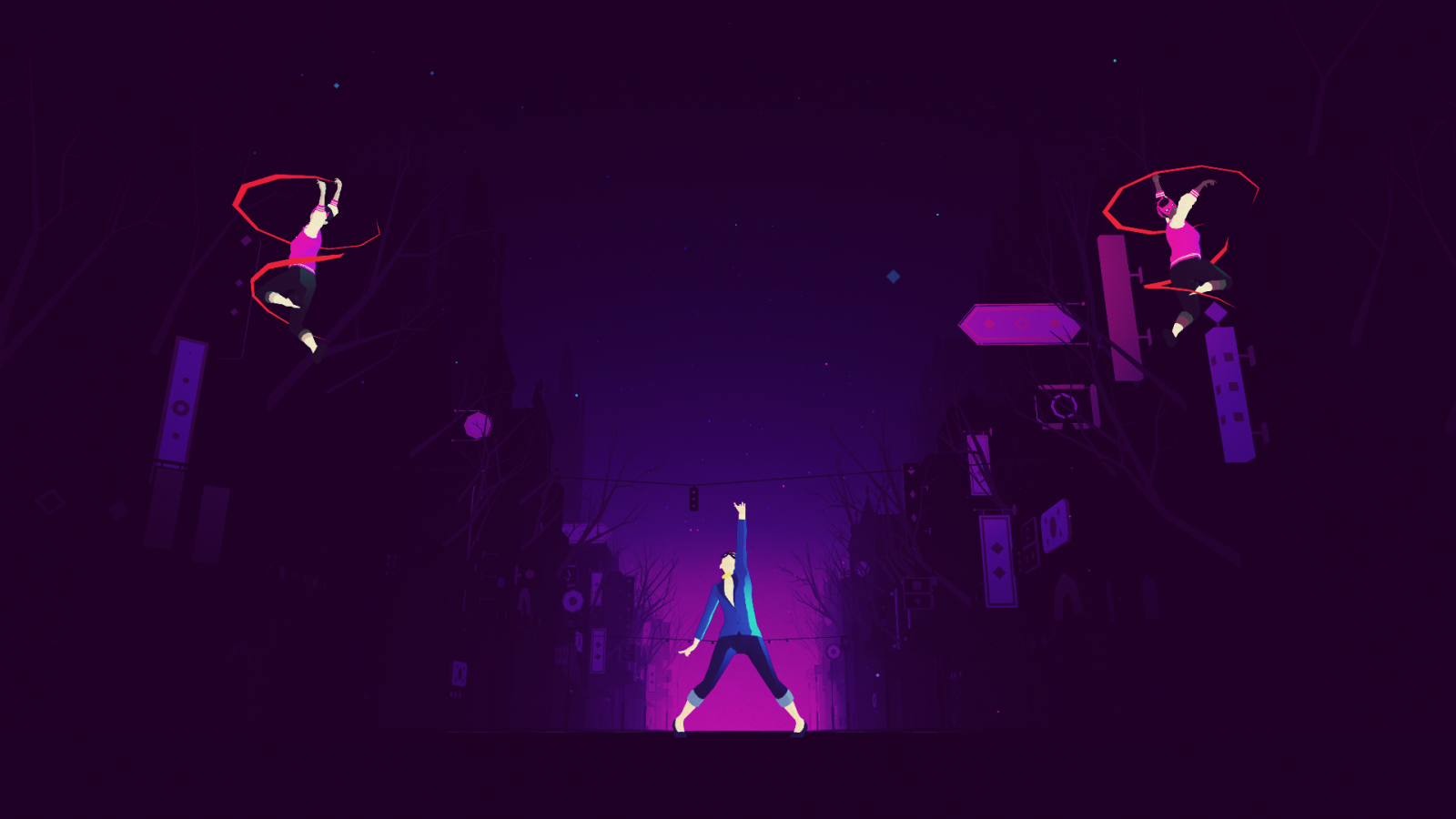 Between an incredible aesthetic complimented with a wonderful soundtrack, Sayonara Wild Hearts is shaping up to be something special. It will be released later this year on Nintendo Switch. Check back with Gaming Trend all this week for more information and hands-on coverage coming out of E3 2019.