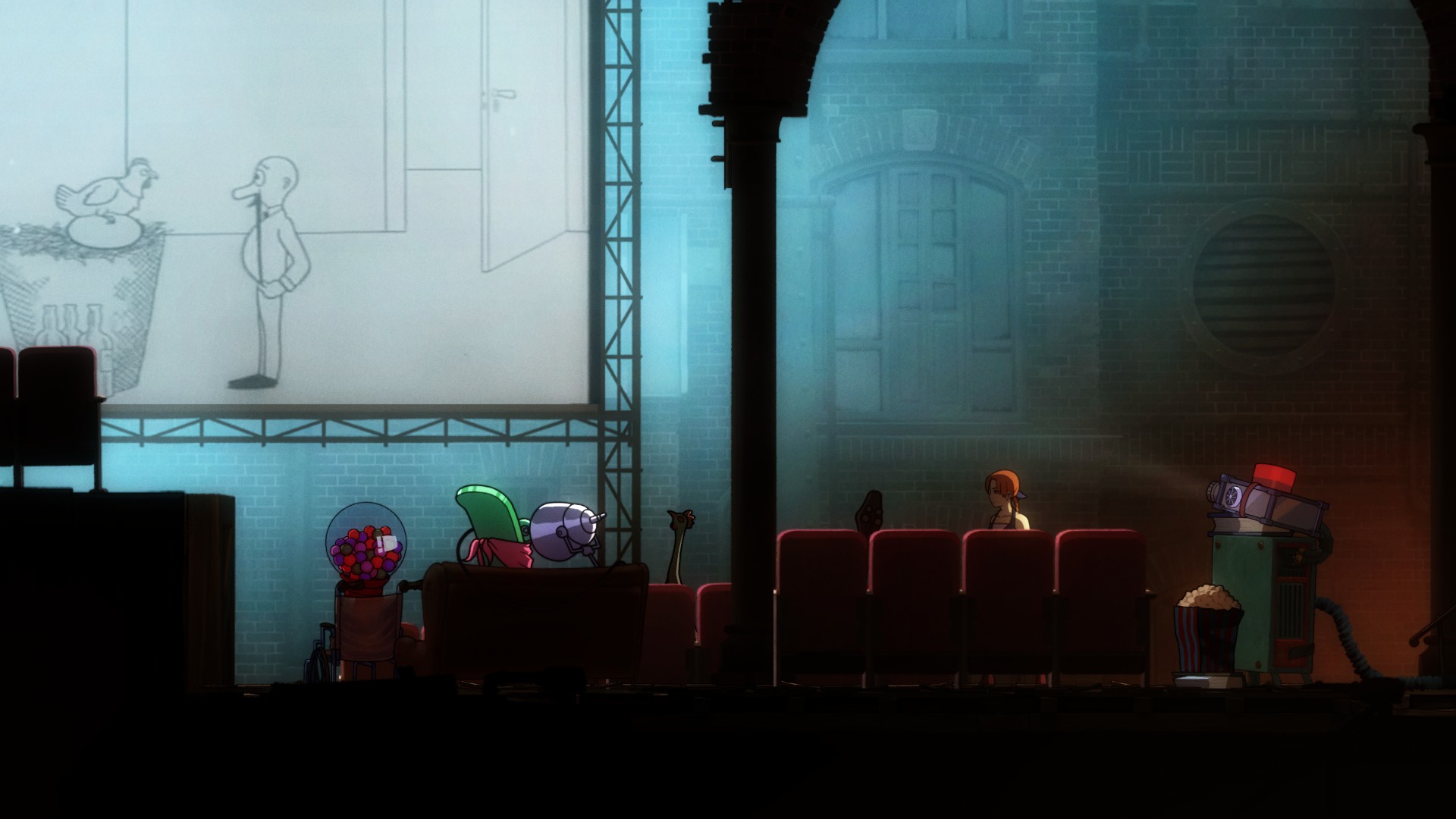 You should know that Forgotten Anne is a 2D puzzle platformer, because that’s likely the least interesting thing about the game and it might not be said enough.  Looking at the trailers that ThroughLine Games have released leading up to the launch of the game, it’s clear that they want to put the story and setting first. Based on my time with it, that seems to be a smart choice.

The game is set in The Forgotten Lands: an alternate reality where everything forgotten or lost in our world ends up.  The world’s lore, characters, and conflicts all manage to be just a bit darker than you’d expect in a world that looks somewhere between The Brave Little Toaster and The Pagemaster.  Having been born in the 80’s, those movies and the look of animated inanimate objects trigger a notable pang of nostalgia for me.  In a game about forgotten things left behind, that sense of nostalgia actually serves the narrative well. This is also the same trick that The Brave Little Toaster used with its 50’s inspired designs.

As a personal aside, I expected those parallels to 90’s animated movies, and expected them to be the focus of my attention.  I love hand drawn animation in general, but especially in games. I’m also married to a 2D animator, so I end up exposed to a lot of work in the medium and the tools employed in the craft.  I thought I would have a lot to say about the implementation of that style, but I don’t. The characters pop with flat, clean designs against layouts that are more highly rendered. During gameplay the world is presented at a sharp right angle (like a classic platformer), but occasionally transitions into full animation with the camera placement mirroring the look of the films that the aesthetic reminds me of.  Overall, the game’s look triggers a nostalgia trip for me as a 30 something that was exposed to those films, and I’m willing to guess adults like me are their target audience. I can’t see younger children being the intended audience for a story that’s so deliberately dark.

It’s hard not to spoil the story without keeping descriptions vague, and since it’s the games best trick, I really don’t want to reveal anything any of the characters say or do.  That’s because this is a game with branching dialogue, consequences for the choices you make in those exchanges, and time pressure. This means the game will present you with a moral dilemma and it doesn’t want you to take the time to think about it.

Anne is judge, jury, and executioner

It doesn’t wait for you to find your bearings before placing you in your first such situation.  After the opening cinematic establishes little more than the concept of the setting, the game uses your first consequential choice as a way to introduce you to some of the more complicated plot elements.  There is a rebellion, an attack is happening right now, you are the enforcer for the authority in this world, and your primary tool is a terrifying device called the Animus.  The Animus is like a battery, except its power is the same thing that animates the denizens of the forgotten lands. Effectively this tool makes you judge, jury, and executioner.  This first interaction unfolds in the metaphorical dark, even if you know the basic details of the plot. You can know that there is a rebellion, and that the character in front of you might be a member of it, but the game doesn’t give you a lot of information about them or the rebellion.  I personally fumbled into a situation where I felt cornered into killing them, and it was hard not to immediately wonder if I was playing as the villain.

Little snips of overheard dialogue are all you have to go off of, in terms of learning what is happening in the world.

That fog of confusion is lifted slowly as the story progresses.  Each area has a cast of characters, some platforming puzzles, and usually a conflict that needs your intervention.  Each of these vignettes brings the big picture into focus. This will cast your previous actions in a different light, and ultimately frames the game’s themes as a conflict between drive and empathy.

But, again, this is a 2D puzzle platformer and the mechanics that underpin that aspect of the Animus plays a part in tying these two halves of the game together.  The environmental puzzles call for power. To flip a switch you need juice in your Animus, and sometimes that character you are having trouble dealing with is also potentially a fast solution (but only if you are willing to take their life).  The actual puzzles will be familiar to people who have played through games like Limbo or Inside. They’re plentiful, work well, help manage the pace, and give you a compelling reason to explore the environment for solutions.

Forgotten Anne will be released on Steam, Xbox One, and Playstation 4 on May 15th.  If you enjoy animated movies from the renaissance era of feature animation, morally ambiguous conflicts, or puzzle platformers, I’d recommend taking a closer look at this game.  Please avoid spoiling any of the games story, though. Its handcrafted charm is reflective of a lot of care and attention that went into its creation, and it’s best to let yourself be surprised by it.