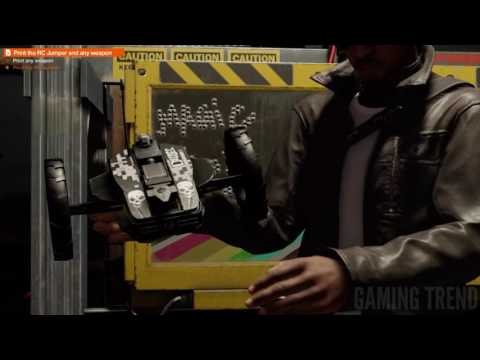 With hacking playing a major role in our Presidential election cycle, the timing for Watch Dogs 2 and its “Sick of Spies and Lies” message is oddly appropriate. The premise for Watch Dogs 2 expands on its predecessor: The Blume company who prototyped ctOS (the semi-fictional control software) in Chicago as a method to centralize controls for things like the electrical grid has expanded nationwide. ctOS 2.0 has been deployed with 6.8 million connected devices (colloquially known as the “Internet of Things”) are now all connected. Where Watch Dogs was mostly Aiden’s personal struggle, Watch Dogs 2 focuses on a central premise that I’ve been personally preaching for years:

You are worth less than the data you produce.

As modern cities push to become hyper-connected, it becomes more difficult to control the data that is generated about every one of us. The game makes this frightening point in its first moments. Big Brother no longer works alone, instead enlisting the help of “Little Brothers” inside the devices around us. Children’s habits are collected as data to be used for marketing, game consoles provide a view into our gaming habits, apps like Waze showcase our driving habits, and our viewing habits have been catalogued and collated for decades. The concept of collecting and correlating all of this data is called “Big Data” and private business and government agencies are investing in its use.

But what if that data is wrong?

This is exactly the problem that protagonist Marcus Holloway faces in Watch Dogs 2. His profile has been flagged for a crime he didn’t commit. This digital shadow could wreck his entire life, and he has no intention of letting that stand. As a skilled hacker, he catches the attention of DedSec who put him on an impossible mission — break into Blume and delete his profile. Though nobody in DedSec had ever succeeded, Marcus manages to physically access the ctOS 2.0 servers and change his profile. The backdoor he leaves behind are the keys to the kingdom – a window into Blume that DedSec can use to expose what they are really up to, showing the world what insidious intrusions they’ve let in their doors under the guise of safety or convenience.

Hacking 2.0
While the Blume corporation has upped their game, DedSec has countered with a few tricks of its own. While Watch Dogs focused on intrusion, Watch Dogs 2 has a lot more manipulation of the world. There are now four functions for hacking physical items: hacking a phone can open up their datastores, but you can also vibrate their phone to distract enemies, or even cause it to explode. An electrical box can rigged with a proximity trigger to non-lethally electrocute a curious guard.

Fast forwarding a few hours into the game, additional research options open up. Similar to the first game, these are split into trees that affect combat, City Disruption, and Social Engineering, just as an example. Quite a few new skills await players that greatly expand your ability to manipulate the real world. Just as it was in Watch Dogs 2, all hacks on display have roots in real-world hacks. This ties directly into how you obtain new gear — 3D printing.

Rather than visiting the local gun shop, you obtain new gear in Watch Dogs 2 in courtesy of a massive DedSec 3D printer. Guns, explosives, and even the two drones are available for printing, thankfully without the multi-week wait.

A slice of the world
I went hands-on with a near-final version of Watch Dogs 2 this week, just a few weeks ahead of launch. Being from SoCal myself, I was eager to see how they brought not only San Francisco to life, but also Oakland, Marin, and even Silicon Valley.

The first thing I noticed after the short tutorial mission was that the world was entirely open for me to explore. I could fast travel anywhere I wished, and all four areas were available. (No more climbing towers a la Assassin’s Creed) I also noticed that, after a rough night, I was roaming around in my boxers.

After a quick pop-in to a nearby clothing store, I was on my way to trying out some of the main missions in the game, but first I needed to get my hacking tools in order. Where Aiden was prepared, Marcus lost his phone (read: threw it into the Bay while drunk) so he’d need to get set up with his new handset.

Like the real world, you now have to buy your phone apps: Car-on-demand does what it sounds like, Driver SF lets you get your Uber on, and Scout X helps you track landmarks in the city on your maps. SongSneak is your Shazam / Soundhound replacement, and Media Player lets you set your own playlists, whereas Director’s Cut is your one stop shop for filters for all the pictures you’ll take with your camera.

Using my Media Player app I was happy to find tracks from Aphex Twin, Plaid, GonjaSufi, LFO, M|O|O|N, Clark, Sublime, and even some CCR. Discovering new tracks is on you — the first 25 were free, but you’ll have to use SongSneak to nab new ones.

Hackerspace
The DedSec Hackerspace is in the back of a well-stocked board game store. Heading downstairs, I finally get to meet up with my new crew. Where the first game was about Aidan’s semi-solo journey to avenge his family, Watch Dogs 2 embraces the hacker culture completely. Far from the politically-charged description of a “400 pound hacker sitting on his bed”, hackers are a more counterculture and even somewhat friendly group, often politically and probably civic-minded than you might think. To that end, you are teamed up with several fellow miscreants with a common goal – expose the Blume corporation.

To break Blume, you’ll need power. To achieve that, the DedSec team intends to construct a giant botnet (networked computers that can be used as a unified attack vector) Given the number of phones in the world, the best way to do this is with an app. Every mission you undertake brings more app users and fans to your cause, as does selfies at famous landmarks.

One of the early missions you’ll tackle is in direct response to a Hollywood-schlock film about hackers. Reminiscent of Knight Rider, the protagonist of the movie drives a talking car and delivers lines with a Walken-esque speech pattern. Offended, DedSec issues an Anon-like edict that they intend to teach Hollywood what real hackers can do. The best way to derail this CSI Cyber level of awfulness would be to steal the car itself and re-cut their lame trailer.

Breaking into HMP Studios, I put my Jumper to use. The Jumper is a small remote control car that can jump and remote-hack on my behalf. Zipping around the studio I opened locks and snuck my way into the production room, retrieving the script. Pages in hand, I then got my hands on the car itself. With Duran Duran’s “Planet Earth” blaring in the background, I lead the police on a merry chase, bringing the car back to the crew for a little “reprogramming”.

With the car sporting a new paint job and remote controls, it’s time for another high-speed chase through the city. The news covering the event can’t figure out if this is a movie stunt or if it’s real, but the end result is the same — a whole lot more fans, and the realization that they need to aim much, much higher.

Fast forwarding to roughly 20 hours into the story, we find that Congressman Thruss is trying to use Big Data to rig his election. We’ve been selected to “bitch slap him” on behalf of DedSec in a mission called Power to the Sheeple. Using an overhead crane and the new parkour system I made my way to the top of the building with his largest campaign ad. Adding a bit of graffiti, we made our statement and grabbed his attention.

In response to our stunt, Thruss and his cronies try to pass an anti-hacker bill. Our response, of course, is to hack Thruss’s corporate masters – a company called iNVITE. iNVITE, a Facebook analog, is a veritable Fort Knox of tech and security. Our job is to break in and Install a backdoor into their server farm, and tap the CEO’s phone. The mission can be tackled several ways; using cameras and devices, you can bounce through them and capture data and unlock doors, but you can use a guns-blazing approach too. I took a third option.

As Marcus’s skills expand, so does his scope of influence. Through hacking I was able to manipulate a local gang into thinking I’d found somebody who snitched on them, unleashing them on an unsuspecting Blume guard that stood between me and a server farm at iNVITE. Similarly, I was able to hack the SFPD database, placing a false warrant on another guard. As the three-way shootout between local gangs, law enforcement, and armored Blume guards ensued, I used the chaos to infiltrate and breach the otherwise well-guarded facility, completing my mission.

If there was one thing that I learned during my seven hours of hands-on time with the game, the team listened to fan feedback. The world is far more complete, authentic, and alive than Watch Dogs. The extra time between titles has given the team more opportunity to try new ideas, give the game a bit more personality, and expand on the things that worked with its predecessor. Watch Dogs 2 is coming to Xbox One and PlayStation 4 on November 15th, with the PC version hitting two weeks later. Stay tuned for our full review.