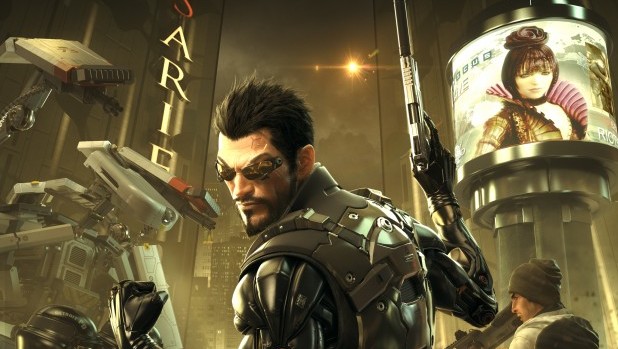 Square Enix had not one, but two Deus Ex titles available to test out at their E3 booth: Deus Ex: Human Revolution Director’s Cut for Wii U, and Deus Ex: The Fall on iPad. As a huge fan of 2011’s spectacular action-RPG, I decided to put both games through their paces, and see if they were worthy entries into the cyberpunk world of Deus Ex.

First off, Deus Ex: Human Revolution Director’s Cut appears to be a faithful port of the 2011 instant classic, with a few extra Wii U twists and additions. The hands-on demo I played was a small chunk of one of the first boss fight missions in the game. It’s hard to jump into one of these things blind without first acclimating myself to the controls, but the Wii U Gamepad was more than up to the task of providing me with all the tools I needed to be the best augmented secret agent I could be.

[singlepic id=13948 w=320 h=240 float=left]The Wii U Gamepad now handles several extraneous functions, such as the map, augmentation screens, and inventory. They’re all available at the press of their respective icons on the Gamepad’s touch screen. Other functions, such as hacking, are now relegated to the bottom screen. Is it entirely necessary? Not really, but it does free up the main TV screen of some HUD clutter.

Human Revolution was a fantastic looking game back in 2011, and it appears to look just as fantastic on the Wii U, with it’s striking black and gold color scheme still resonated just as much as it did when it first appeared two years ago. Frame rates were solid, and everything still looks fantastic.

But the most pressing question is this: how have the boss fights changed? The single most universal complaint when anyone talks about Human Revolution is how broken those boss fights were in comparison to the rest of the game. In the Director’s Cut, you’ll still be required to kill the bosses — as dictated by the story — but you now have a lot more options in how to go about doing this.

[singlepic id=13949 w=320 h=240 float=right]Before, this particular boss fight took place in a giant rectangular room, with a few bits of cover and some ammo strewn about. The only way to win was to hope you had some heavy weaponry on you, despite having put all your points into stealth and hacking. Now, there are side passages, hidden doors, and hackable terminals, all providing alternate methods for taking out the boss. Sneaking through a hidden air duct leads to a computer that, when hacked, opens up a locked storage closet, revealing a turret. Another door leads to the computer that activates the turret. Putting two and two together, I placed the turrets around the room and the boss met his end almost instantly. It’s almost as if the boss fights are too easy now because of how many options I had — though I’d take creativity over the direct approach any day of the week.

With improved enemy AI, as well as full story integration of The Missing Link DLC, this Director’s Cut is looking to give us a few extra reasons to step back into Adam Jensen’s shoes. Deus Ex: Human Revolution Director’s Cut is coming to Wii U, as well as PS3 and Xbox 360 (though without the second screen features, obviously) some time this year, and I’m very much looking forward to diving into this title again.

iOS gets a bad rap. No one really sees the iPad or iPhone as legitimate gaming platforms, though this is the same place you can get versions of Baldur’s Gate, Phoenix Wright, Grand Theft Auto, Final Fantasy Tactics, and many other hardcore games. Sure, the system doesn’t have buttons, but that doesn’t stop developers from trying to bring console-quality titles to one of the most popular platforms in entertainment history. And now, Square Enix is attempting to do the same with Deus Ex: The Fall, a title that aims to bring virtually every aspect of the console game over to a smaller screen, and for the most part, it succeeds. If only the iPad had buttons…

[singlepic id=13959 w=320 h=240 float=left]A follow-up to the Deus Ex novel Icarus Effect, The Fall follows augmented British SAS merc Ben Saxon and his descent into the universe of Human Revolution. The Fall plays largely the same as it does on the console. You’ll take cover behind objects, sneak around various facilities, and stealth kill baddies. And when everything goes belly up, you’ll engage in firefights just like the console game. You’ll gain experience, augment your skills, and engage in dynamic conversation systems — this is, for better or worse, the console experience right in the palm of your hands, and it looks gorgeous.

But the problem with this (and the problem with many console-esque titles on the iOS platform) is the fact that there aren’t any buttons on the iPad. When developers notice this and craft a game that takes advantage of the unique controls of the platform, we usually end up with some unique and amazing games. Phoenix Wright translates beautifully, because it’s just pressing the odd text prompt and evidence button. Borderlands went from being a first-person shooter to a top-down tower defense game — and it works.

[singlepic id=13964 w=320 h=240 float=right]But The Fall is essentially a twin stick first-person action RPG, just like Human Revolution. And instead of using analog sticks, you slide your thumbs around the touch screen as if there were. It’s awkward, and no developer has really nailed this yet — including Square Enix. To compensate for the fumbling you’ll do trying to just walk around the environment, guns lock onto their targets, and the AI has been dumbed down considerably. I stumbled directly behind a guard, who then turned, looked directly at me, and let me shoot him until he died.

I get what Square Enix is trying to do, and I get why they’d choose iOS over a platform like, say, the 3DS (not powerful enough/potential audience doesn’t exist) or Vita (lol, no one owns a Vita yet). iOS provides the largest potential audience for a mobile Deus Ex game, and everything from Human Revolution appears to be here in portable form. That’s an impressive feat, but I truly hope that when the game finally comes out this Summer on iOS that The Fall’s control issues will be worked out, that Apple releases a universal game controller, or barring those things, that I can just wrap my brain around sliding my fingers around a non-tactile touch screen as if I’m wrangling a physical controller. The potential for greatness is here; I just hope that the platform doesn’t end up butchering it. 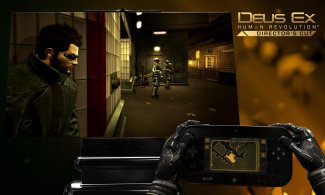 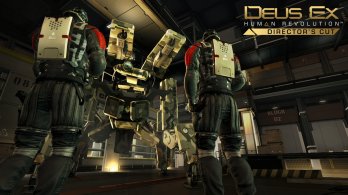 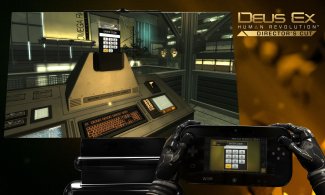 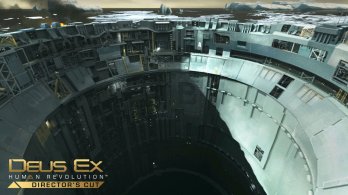 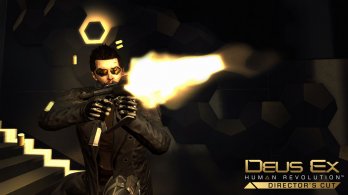 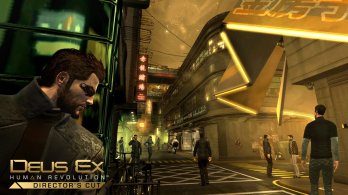 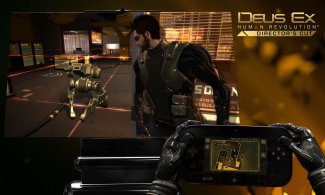 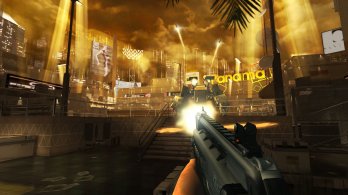 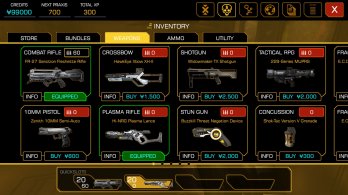 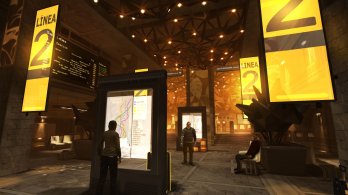 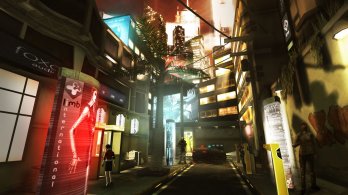 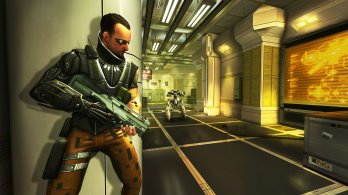 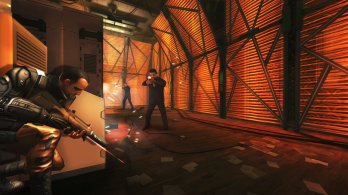 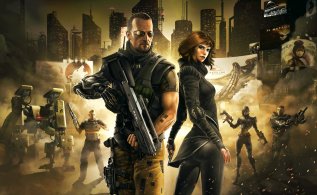 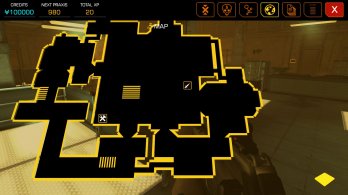 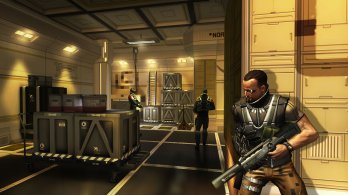 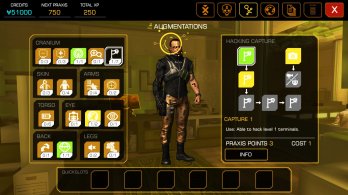